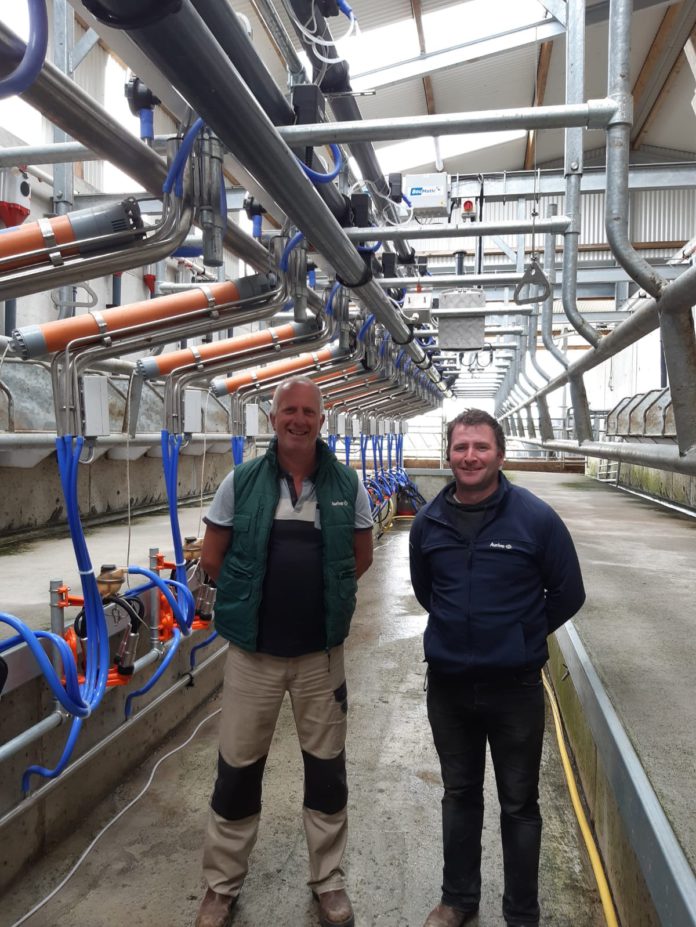 The dairy industry is rapidly expanding around the country, and in the past three years, one Galway farm has gone from strength to strength in establishing a good herd and system, writes Seán Hennessy.

Kieran Nutley, along with his wife, Derval, and father-in-law, Thomas Creaven, formed a partnership which saw two family farms combine.

Kieran’s original background was in sucklers, farming 50-acres between Ballymacwared and Kilconnell, while the Creaven farm was also based in South Galway where they farmed 100-acres and had a suckler herd.

The decision was taken in 2017 to begin planning for the dairy enterprise, but Kieran explained he had always the desire to enter the industry.

“We were threatening to go dairying on our own block of 50 acres, try to rent land and expand but the land just wasn’t becoming available,” he explained to That’s Farming. 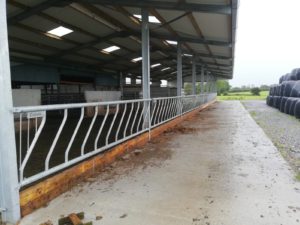 The drive for milking stemmed from his time relief milking, while he was also an AI technician with Eurogene. Through the time spent working in dairy for other farmers, he decided that it was time to make his own go of it.

When the prospect of dairying at home was not becoming possible, Derval approached her father with the proposition of farming with Kieran.

“Derval chatted to her father about dairying. He was suckling about 50 cows, most pedigree Charolais, but he decided to go with the plan we had presented to him. We formed a partnership then between the three of us and linked the two farms.”

With farms merging, the first plan of action was to buy 90 heifer calves in 2018, predominantly Holstein Friesian-crosses. Kieran explained that one of the first tough decisions was to decide what route to take with the two suckler herds, particularly for Thomas.

“One of the biggest things was whether to hold on to beef cattle as long as you could or get rid of them and buy your dairy stock and try to get into a bit of a rotation on grass.”

“One person would tell you to keep the cows as long as you can, then you need a cashflow because you couldn’t go to the bank looking for money, promising them you would sell all your suckler cows and go buy heifers, or you didn’t need money for them.” 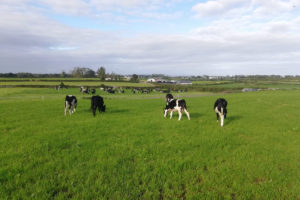 Once the decision was made to keep the cows until weanlings were ready to maintain cashflow, the next course of action was to tap into the TAMS and secure help through that scheme.

Both Kieran and Derval were able to draw down from the 60% available, and time was running out for Kieran whose five years was coming to an end.

Financial planning was crucial for this project, but Derval works as a financial advisor in AIB, so she had experienced the whole process before.

From there, they went on to transform their farm into a viable dairy set-up, installing a 16-unit Boumatic Gascoigne milking parlour along with a 15,000-litre Liscarroll bulk tank.

In terms of other infrastructure added, they added a back-to-back five-bay shed for housing the parlour, drafting system and dairy/engine room.

Along with that, there was 14-bays of slats constructed and the conversion of a 6-bay shed into a 60-cubicle housing unit.

The work has not stopped there, with another 5-bays of slats currently under construction for cubicle installation.

The rearing of the 90 calves bought in 2018 was the next step, and the farm had some difficulties between then and calving. They lost a small number to illness, while some as heifers failed to go in-calve. 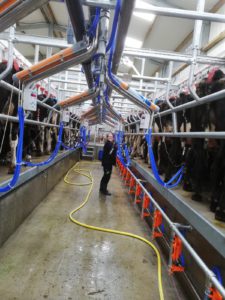 The remaining 76 cows were served by three Angus stock bulls in the first year, but the plan has changed for the upcoming calving season.

“Last year, we just didn’t have the time and I just decided to let them all go with the Angus stock bulls, simply because of the ease of calving. This year, we used AI and we had had a plan of five weeks.”

“We had planned for 1.5 straws to be used but we used 1.2 in the end. There was mainly one round and then what was left got the remaining part of the straw.”

“In the third week, we just let the remainder with the bulls again. We just wanted to keep it as compact as possible,” he added.

The plan for the farm is to eventually increase the herd up to 120 cows according to Kieran, and there are 37 cows currently carrying replacement heifer calves.

Cows have over 50-acres of grazing paddocks with excellent grass growth rates this year.

The rest of the farm is used for excess grazing and silage, while the 50-acre block on Kieran’s home farm is mainly used for rearing calves and replacements. 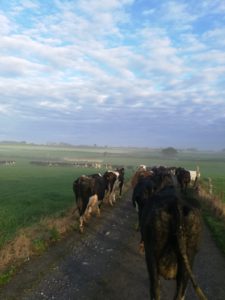 Being a new entrant into the dairy sector, Kieran’s advice for those who are planning on doing the same is simple, “find the right cows and the right co-op”.

“For anyone starting out, the stock and co-op are half the battle. Getting in good stock from the start means that farmers can cut out waiting years to breed good cattle. If you have to fork out an extra €200/head on the first day, it will pay itself.”

“The right co-op too, it’s a big help. For us, we have Aurivo here in the west and they have been a massive help.”

“They would come out and give you advice and tell you things that you wouldn’t think about yourself. If you can get both those things right from the start, then you are starting on a good footing,” he concluded.

- Advertisement -
Previous article
Reports of factories paying up to 22kgs for foreign lambs
Next article
PHOTOS: 327-acre farm with accommodation for over 750 cattle up for lease