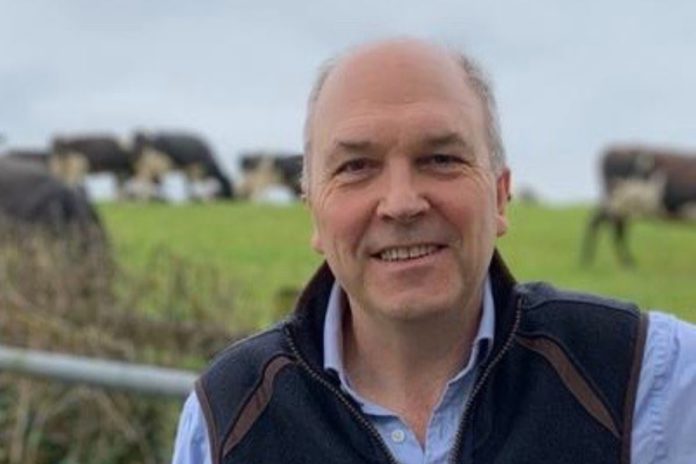 ‘You are locked down, and you can’t plan or budget’ – Farmer sells farm after TB outbreaks

Determined to put an end to the devastation caused by bovine TB, former dairy farmer Jonnie Yewdall has joined PBD Biotech to advance an improved diagnostic for bTB and Johne’s disease.

The company has appointed the former dairy farmer as its commercial director.

The company recently gained funding to take its Actiphage® blood test for bovine TB (bTB) and Johne’s Disease through the validation required for international industry acceptance.

Jonnie has worked in a commercial role in other industries.

However, he knows first-hand the devastating impact bTB and Johne’s disease can have on farmers through his experiences on a family farm in North Devon, where these diseases decimated the herd.

He lost a third of his Guernsey herd following a positive bTB test. Then, replacement animals began to show signs of Johne’s Disease.

Unfortunately, this was the final straw. The emotional toll and the ongoing financial loss were too great, and the Yewdalls sold the family farm.

Jonnie says: “I think that Covid-19 has shown the wider business community what it is like to be a dairy farmer at risk from bTB – you are locked down, and you can’t plan or budget.”

“I don’t want any farmers to go through what we did, which is why I have joined PBD Biotech.”

“With tools like Actiphage, the industry has an opportunity to work together to potentially eradicate these very difficult diseases.”

Actiphage is an extremely specific test. It detects the DNA from live bacteria in a sample of blood or milk, not just the animal’s immune reaction.

It can detect just a few cells. This enables farmers to identify carriers of the disease and remove them from the herd before they become spreaders.

This was a recent recommendation from the cattle health certification standards regulatory body Checs.

APHA has approved Actiphage for use under special conditions. According to the company, when used on-farm as part of a disease management programme, it has been proven to eradicate bovine TB.

By recently gaining £2.3M of funding, PBD Biotech can now take Actiphage through trials to gain OIE (the World Organisation for Animal Health) validation for the test, which will enable international acceptance.

Jonnie sees potential for Actiphage to be used as part of a wider disease management programme to enable farmers to eradicate and then maintain a disease-free status on the farm.

“Actiphage is a blood test for live mycobacteria that gives you a simple yes/no answer.”

“When this is authorised for use on the farm, we could use it in parallel with the statutory testing to manage the infection risk. For example, isolating inconclusive reactors pending a further skin test,” he says.

He said farmers could use it as a pre-movement test to check animals before they are introduced into a herd.

Besides, he believes it could be utilised as a ‘DIVA’ test to differentiate infected from vaccinated animals, paving the way for introducing a vaccination programme.