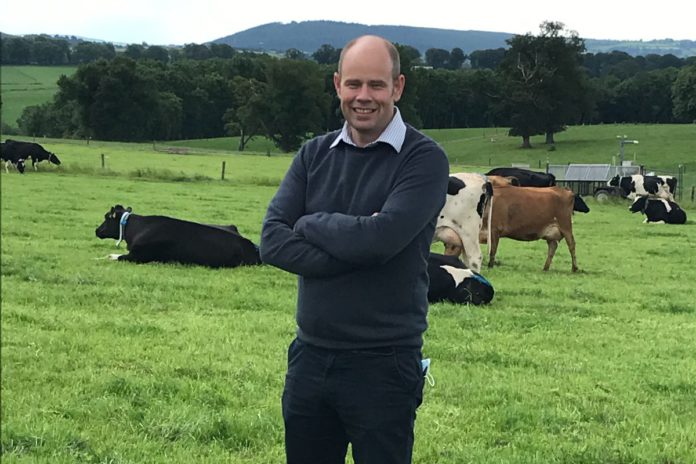 Is Once-a-day milking (OAD) the answer to peak management supply?

Farming is full of challenges. For some, this new challenge means managing milk supply in 2022 during the peak months of April, May and June. These farmers are in expansion mode, taking on more land and cows and growing their business.

Farmers are looking for options. However, many options are hard to swallow as they go against the blueprint of calving your cows to match grass growth.

According to Teagasc, an autumn-calving cow will only be half as profitable as a spring-calving cow.

It is important to avoid change for the sake of change, especially if it leads to an increased workload and less profitability.

One option farmers are considering is altering milking frequency during the peak months. This means going OAD for April, May and June only. The current limit is on volume only and not milk solids.

OAD will likely reduce volume over this period, potentially by 20%, yet reduce milk solids less so.

While OAD regimes are well tested overseas, there is no science yet for spring block calving herds on the specific Irish problem of flattening the seasonal peak of milk arriving at the processor.

That means we must extrapolate from existing research and rely on farmer experience.

We do know that:

With OAD, volume will drop more than solids. Volume could drop in the order of >20%, (trials range between 14-30%) immediately, but the percentage solids drop should be lower. It varies depending on the individual cow and farm situation.

An Irish trial saw reductions of 14 % in milk yield and 8% in milk solids when milked OAD for 4 or 6 weeks post-calving.

Another trial looked at changing frequencies at 110 days into the lactation and reported little difference between the treatment groups, with the OAD cows bouncing back to TAD production levels once put back on TAD.

On the other hand, NZ trials saw reductions of around 19% for both volume and solids when OAD for 3 or 6 weeks post-calving, and a 7-8 % residual reduction in solids production after reverting to TAD.

Extrapolating from NZ experience of using OAD in early lactation, the scenario on-farm might look like this.

Production-wise, if your cows are producing 2.2kgms on March 31st, and you go OAD, you might expect the cows to drop to approx. 1.8kgMS in Apr, 1.7kgMS in May and 1.6kgMS in June.

When the cows come back on TAD on July 1st, you could expect the cows’ production to increase to 1.8kgMS, similar to what the cows already on TAD would be doing.

In the second half of lactation, the cows should produce the same as if they were on TAD since the start of lactation. The overall production loss of going OAD for three months, in this scenario, will likely be 30kgms over the whole lactation.

It is important to note that there is a considerable difference between full lactation OAD and going OAD for a block of the lactation.

If you decided on July 1st to keep milking OAD for the remainder of the lactation, you would expect a significant impact on the annual production.

How will cows cope with the transition?

If your SCC is under control, the cow should cope. If you think SCC will be an issue, milk record and identify the problem cows before you transition the herd to OAD.

You could exclude these cows from the vat and gradually return them over time. Talk to your vet about the best options to manage this in your herd.

Avoid milk recording for a few days after you transition to OAD, as the cows will still be adjusting.

Most cow’s udders during the transition should be okay; however, a few may not adjust. Screen the cow’s udders for suitability before putting them on OAD and again after the peak is past to see how they held up.

If you wish to utilise OAD regularly, it is important to focus on udder traits in sires. It is worth considering specific breeding options for cows with poor udder strength.

There should be lower empty rates and a tighter calving pattern through better repro performance achieved by OAD during breeding, so you may have a few more selection options.

While cows will likely produce 20% less volume, you still need to feed them their TAD allocation.

Maintaining pasture quality is of utmost importance to keep production up. It is still best to strip graze and feed the cows morning and evening. This means the cow will do second grazing that is associated with TAD.

The biggest challenge in changing milking regimes is often for the farmer to adjust. The cow will adjust just fine.

Variable milking frequencies are unlocking a world of potential for many farmers as they apply it to their specific situations. It will be exciting watching Irish farmers adapt it to our own situation.

John Tobin is a systems manager with LIC Ireland. He has worked with farmers on both the financial and physical transition to OAD and other milking frequencies.

LIC will host a more in-depth OAD webinar in autumn 2021. To register your interest, contact John.