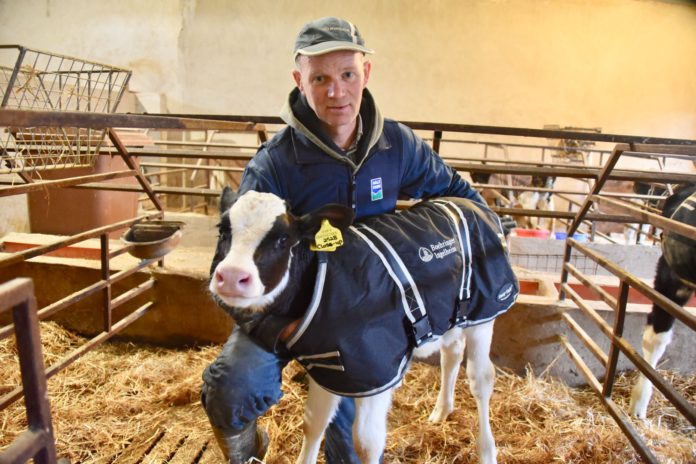 ‘With costs escalating and milk prices unchanging, that income is only going to go one way’

Ian Small, NI, in conversation with editor, Catherina Cunnane, as part of this week’s dairy farmer segment. We discuss farming 68 cows across 135-acres, sexed semen, 1985 – the year he will never forget and his outlook on the industry’s future.

“My name is Ian Small, and I farm in the townland of Ballyminstra, which lies on the south side of the village of Ahoghill in the heart of Co. Antrim.

I farm in partnership with my wife, Jenny, who can do almost anything around the farm bar driving the tractor and the JCB loader.

Alan, our youngest son of a family of four, has completed his fourth year at veterinary college. He hopes to qualify as an MRCVS at the end of his fifth and final year. Alan helps out around the farm when he is home from university during the term breaks. 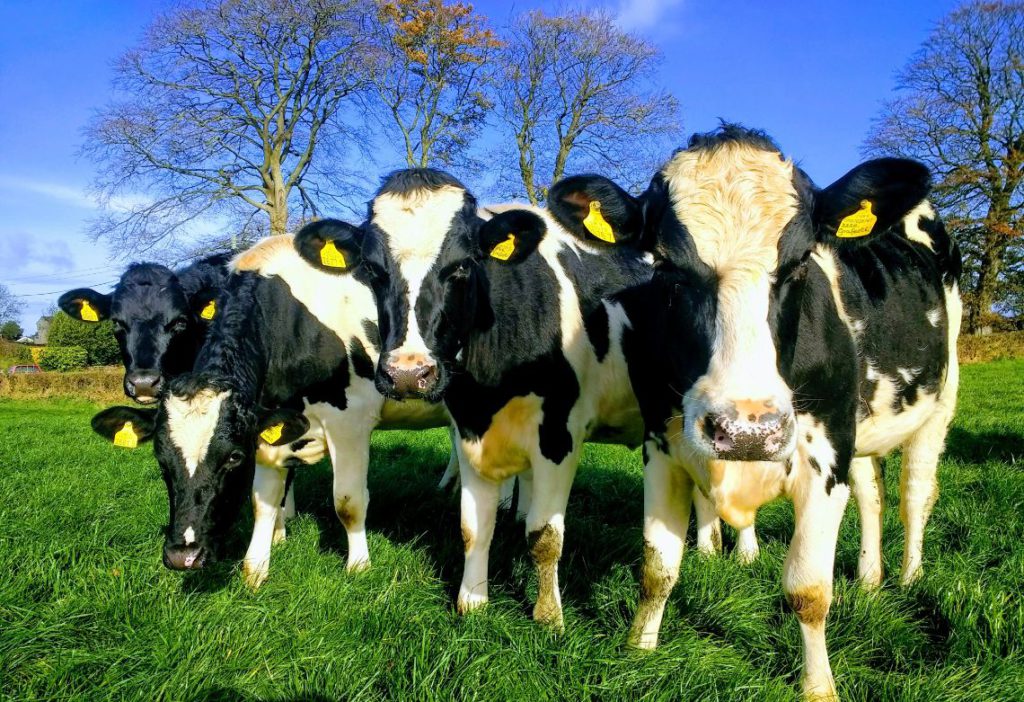 Farming is most certainly, for us, a farming tradition. My father, Maurice, farmed the land since he left school at 15.

My grandfather James, great grandfather, Sam and great-great-grandfather, David, all were born on and worked the farm. We are currently 100% dairy, but the further you go back up the generations, the more mixed type of entity the farm was involved in.

We are currently milking 68 cows, which has not changed over these last 20 years. One thing that has changed significantly is the annual yield per cow. Farm size is 134-acres, of which 112 are good lowland and 22-acres of rough grazing. It is a 100% grass-based system. 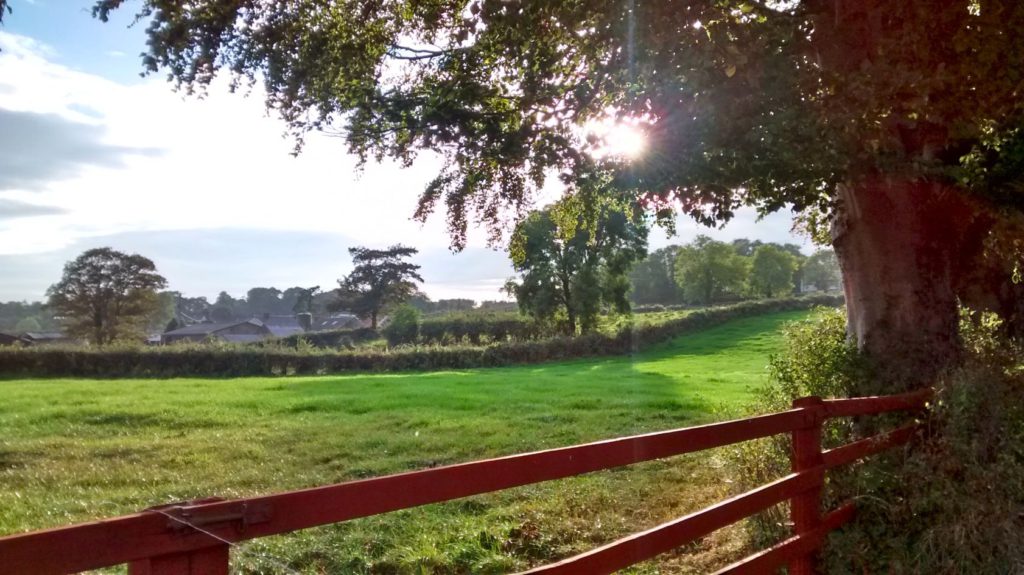 Calving starts in early August, with most of the calving completed by the new year. There is only one breed on the farm – the Holstein. Nobody has yet to convince me even to try any other breed.

The Holstein is by far the most efficient at converting feed and forage into milk, provided you do not breed for the extreme ‘galvanised gate’ type.

Feet would be high on my priority list. If a cow cannot walk around your farm, then she is going nowhere. Size, not stature, i.e. body capacity and chest width along with top-notch udder attachment, are all very desirable. Health traits are coming very much to the fore.

I completed a DIY AI course on March 1st, 1984, and I have been responsible for all the farm’s ‘creations’ ever since. Furthermore, I have never purchased any stock bulls. 80% of cows get a first service of sexed Holstein semen (and a second if needed).

A third service, if necessary, would be to the beef straw, as are the remaining 20% of the herd. All beef straws used are Aberdeen Angus. All maiden heifers are put to sexed semen. Any problem cases go to the Aberdeen Angus straw. 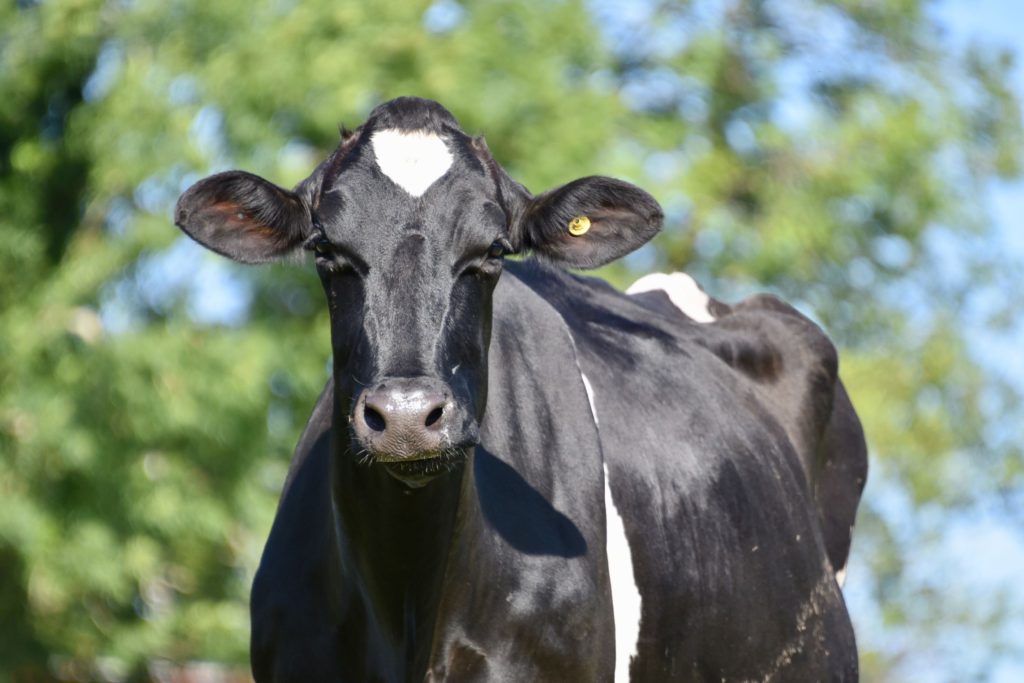 keep all Holstein heifers as replacements. We have currently 79 heifers (maiden and in-calf, thanks to the success of sexed semen these last two years).

Furthermore, we sell all Aberdeen Angus calves at 4 to 6 weeks of age. Maiden heifers are served when they are big enough and not according to their date of birth.

A heifer calf born in March/April (one year at grass) finds it a lot more difficult to achieve the target weight than one born in September/October (two years at grass).  This results in a calving down age of 27/28 months.

Herd performance figures for the rolling 12 months up to June 30th: 2021. These are all weighted average figures.

The level of concentrate used to achieve this performance is 3,188 kg per cow, giving an average of 0.32 kg of concentrate to produce one litre of milk.

Calving interval is not something that I get terribly hung up on. First of all, it excludes cows that do not get in-calf. Also, a cow that is post-83 days calved, not yet served, and still yielding around the 50-litre mark is not a cow that I lose a lot of sleep over. We would still have many cows that are back in calf by the 83-day threshold. 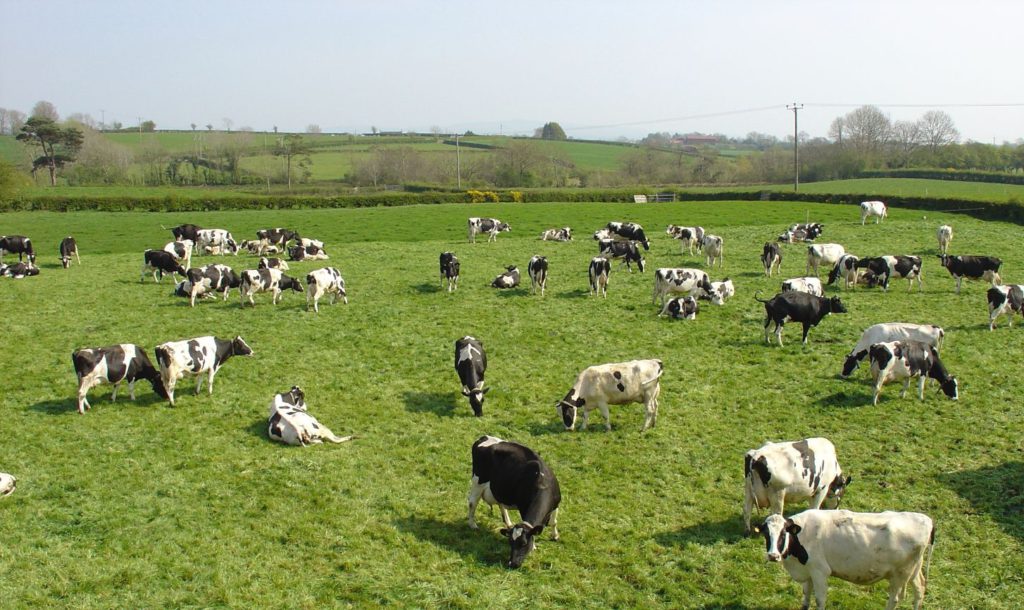 As a 100% grassland based farm, grassland management is the deciding factor on the profitability of our family farm. Cows are strip grazed, which results in a much more flexible system than fixed-size paddocks.

Cows receive a new area of grass after each milking. While we do not use a plate meter, fields are walked very regularly, and when you do that over time, experience counts in your build-up of knowledge of grass performance.

All fields are fertilised after each grazing and topped only if necessary. No pre-mowing is practised. If grass growth stage is too advanced, it is mowed, and big baled. Cows move on to the next available grass at the correct stage of growth.

Furthermore, two out of the last three years, cows have been out in the last week of March. Rainfall totals at the end of the year dictate the housing date. Our target is the first week of November. 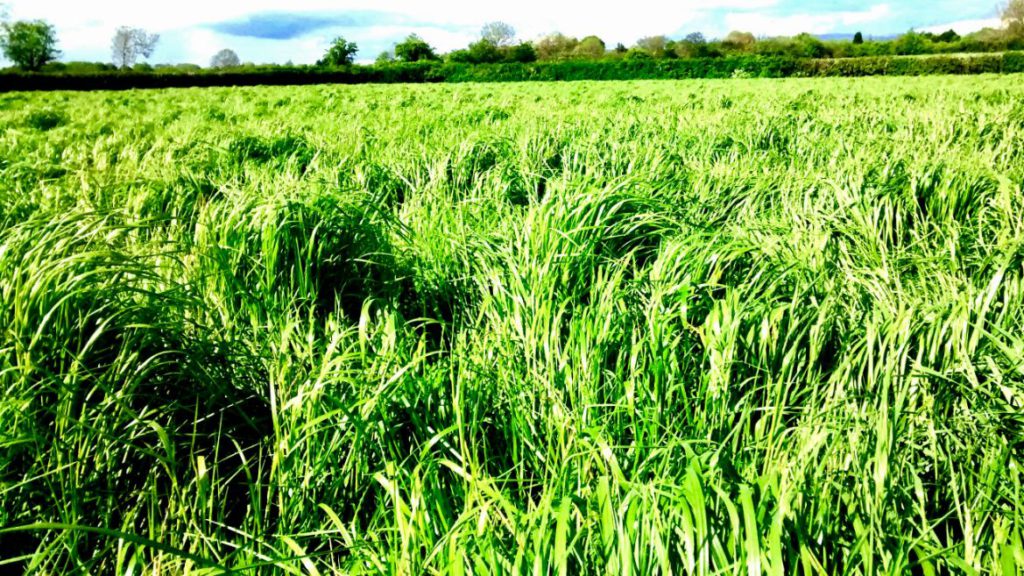 Our parlour was the first Fullwood type of its kind to be installed on the island of Ireland. It is a six-point Auto Tandem, and it was commissioned on August 10th, 1998.

It is fully computerised with auto-ID, ACRs, milk meters, conductivity sensors, and most importantly, feed-to-yield controlled by the Fullwood Crystal software programme.

Cows are milked twice a day. It takes from 1.5 hours to 2 hours, depending on the milk volume at any particular time of the year.

The system was installed back in 1998 with Fullwood Fusion, upgraded to Crystal when the auto plant washer was installed along with upgraded milk meters. We are now in discussions to go further with the AfiFarm management package.

Our dairy cow housing is not state-of-the-art, but it does the job for what it was intended. Heifer housing is modern and has just recently had Teemore cantilever cubicles installed. Calf housing is efficient, and just today, we have purchased 14 TopCalf calf pens direct from Holland for delivery in 2 to 3 weeks. 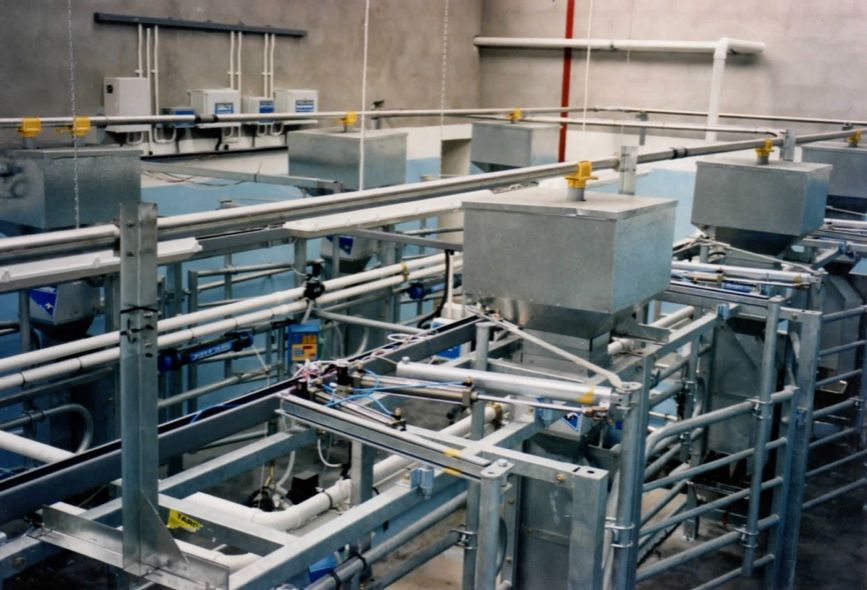 I am a member of the SWARD Group, of which I was the secretary in the year it was established in 2003.

We meet monthly from October to March, have day trips to various farms across Northern Ireland and have an annual study tour which usually alternates each year between Great Britain/Ireland and continental Europe. Germany, Holland and France have now been visited several times.

Awards have not been showered upon me. I enjoy working at home, doing my own thing, and I am happy to let others take the limelight. 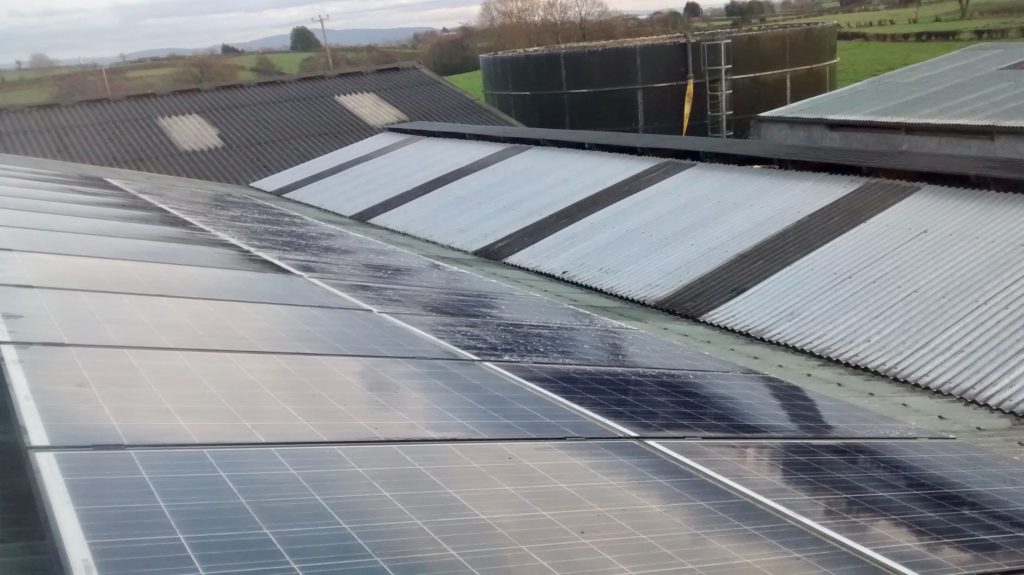 To be a dairy farmer, you should not like it. You have to love it. To see a newborn heifer calf, out of one of your best cows, grow up and calve down in 2 years, having had another heifer calf in the process, and each one is better than the one before it.

What is there not to like about that? Also, it is hard to beat being out in the fresh open air even when the sun is not shining.

The most challenging thing about farming is the weather. And the biggest challenge since embarking into farming was 1985.

I had just started out when I got that baptism of fire, or should I say water, when the rains and the floods were incessant during that ‘summer’. Heaving second-cut silage, which had been lying mowed in the field for nearly a fortnight, onto a buck rake with a pitchfork – never again! 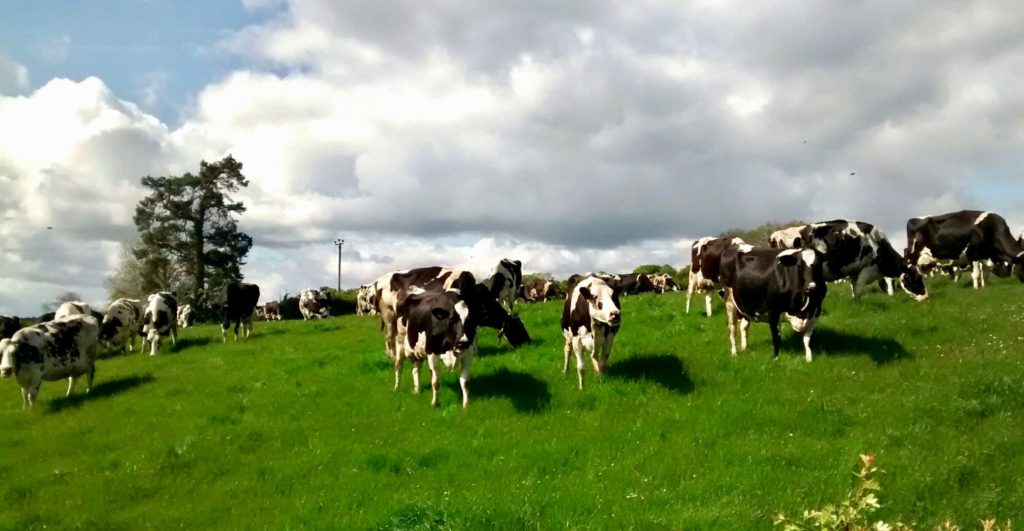 Plans for the future are not dramatic, either short-term or long-term. As they say, if it ain’t broke, don’t fix it, although you should never ignore improvements.

There are no plans to increase numbers, as land availability is restrictive. Yields are approaching optimum levels, in my opinion, with no great desire to go much above 10,000 litres on our simple system.

Will the next younger generation be prepared to do that? I have my doubts. With costs escalating and milk prices unchanging, that income is only going to go one way.

Some may say, “Oh, but farming is in your blood” or “farming is a way of life”. It may be for our generation, but I am not so sure for the next.

Farming needs to modernise further, and it needs to have a much better social to work-life ratio. At least one benefit to flow from Covid-19 is that farmers are now much better appreciated than they once were. 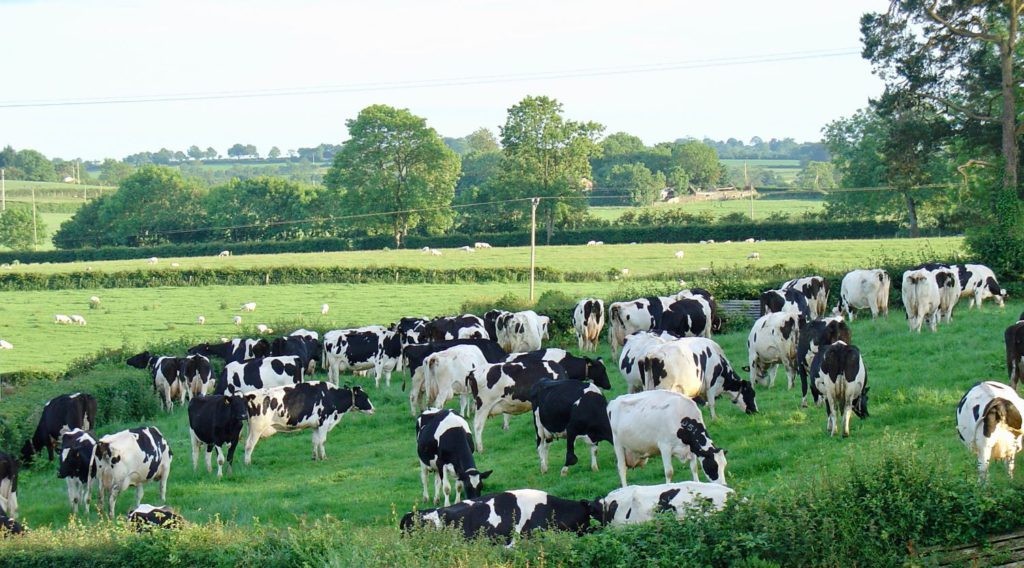 Having studied accountancy at uni, getting a non-farm job, sticking it for three-and-a-half-months, those four walls have a lot to answer for.

The farmer’s office has a much better outlook than those four walls. His open space is my green and pleasant land; contentment is hard to beat!”