That's FarmingThat\'s Farming Irelands Largest Farming News, Properties and Classifieds Network
HomeBeef‘I am 42 years at it; I have loved every minute of... 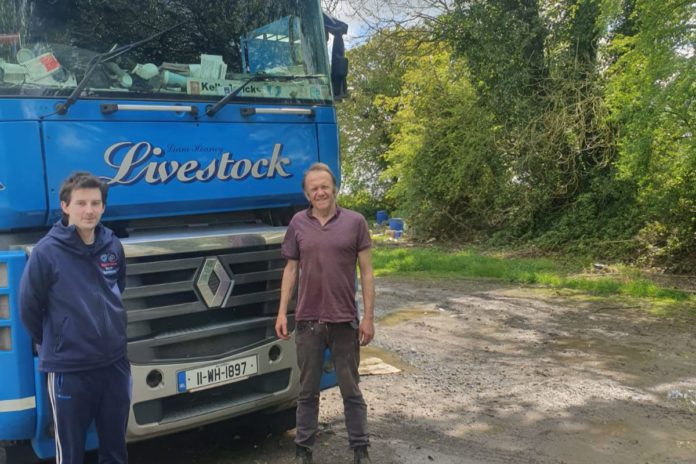 ‘I am 42 years at it; I have loved every minute of it’ – livestock haulier

Liam Heaney, from Castlecoote, County Roscommon, who hails from a farming background, is celebrating 42 years in the livestock haulage industry.

In 1992, he established Liam Heaney Livestock Society but had previously stepped in to steer his late father’s haulage business after he took ill.

“I bought my first lorry, a Scania L 320 rigid and trailer, in 1994. I changed the lorry every four to five years after that. Lorries were scarce back in the 1970s. There was no local factory. He [his late father’s] started drawing lambs and cattle to Leixlip.”

Today, the Mountbellew Agricultural College graduate runs a RENAULT Magnum 520 lorry, a double-decker and a drag trailer. He bought the double-decker from Kelly Trucks Strokestown Limited in recent years.

“This is the first RENAULT we ever had. Before this, we had a Scania lorry and trailers. I had just bought a DAF lorry during the Foot and Mouth outbreak. It was a challenging enough year in 2001. It worked out alright, and we had that for five or six years.”

“In the last few years, it is getting harder to finance lorries. There is a lot more paperwork and regulations than there was at that time. I probably will go back to a lorry and trailer. I think a double-decker is not really for the west of Ireland.”

“A lorry and trailer are much easier to load. It takes a lot of time to load a lorry and double-decker; there is a lot of work involved.”

According to Liam, his work revolves around long-distance haulage all-over-Ireland. Heaney runs a 24-hour service transporting approximately 6,000 sheep annually and in the region of 400 head of cattle monthly.

“The lorry [trailer] is divided into four compartments. We put cattle and sheep into the different compartments. We are never overloaded, and I do not agree with overloading sheep or cattle. They are transported in the safest environment possible.” 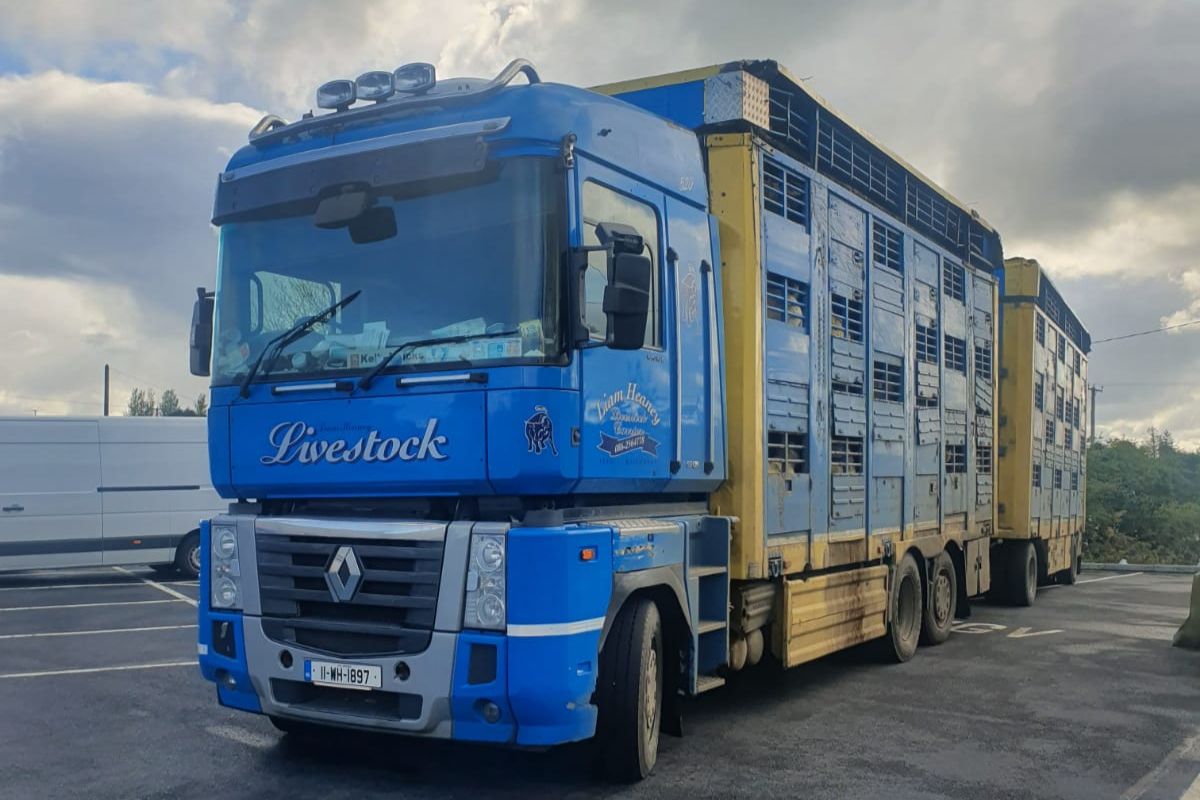 “Work consists of bringing cattle on a Tuesday to Slaney Foods International in Bunclody; they have an order for 30 cattle. Then, I try bringing back sheep from Ballyhaunis out of Offaly and Galway on a backload. We draw for Moyvalley Meats from Clare and Galway at different times of the year; it varies.”

“We have a lairage facility here in the yard and can hold five or six cattle until they would get into a load. I built the lairage facility myself for between €13,000 to €20,000 in the last ten years.”

“We also do some work for the Mallon family [Viastar]. Also, we would bring a lot of sheep from the west of Ireland towards August and September, picking them up in Louisburgh and Westport, hauling them for different people up to Meath.”

“The work would not be a busy as it was ten or twelve years ago. Most farmers have a good jeep and trailer, and they bring their stock to factories, compared to twenty years ago. Besides, I drew cattle for the Department of Agriculture, Food, and the Marine up until two years ago.” 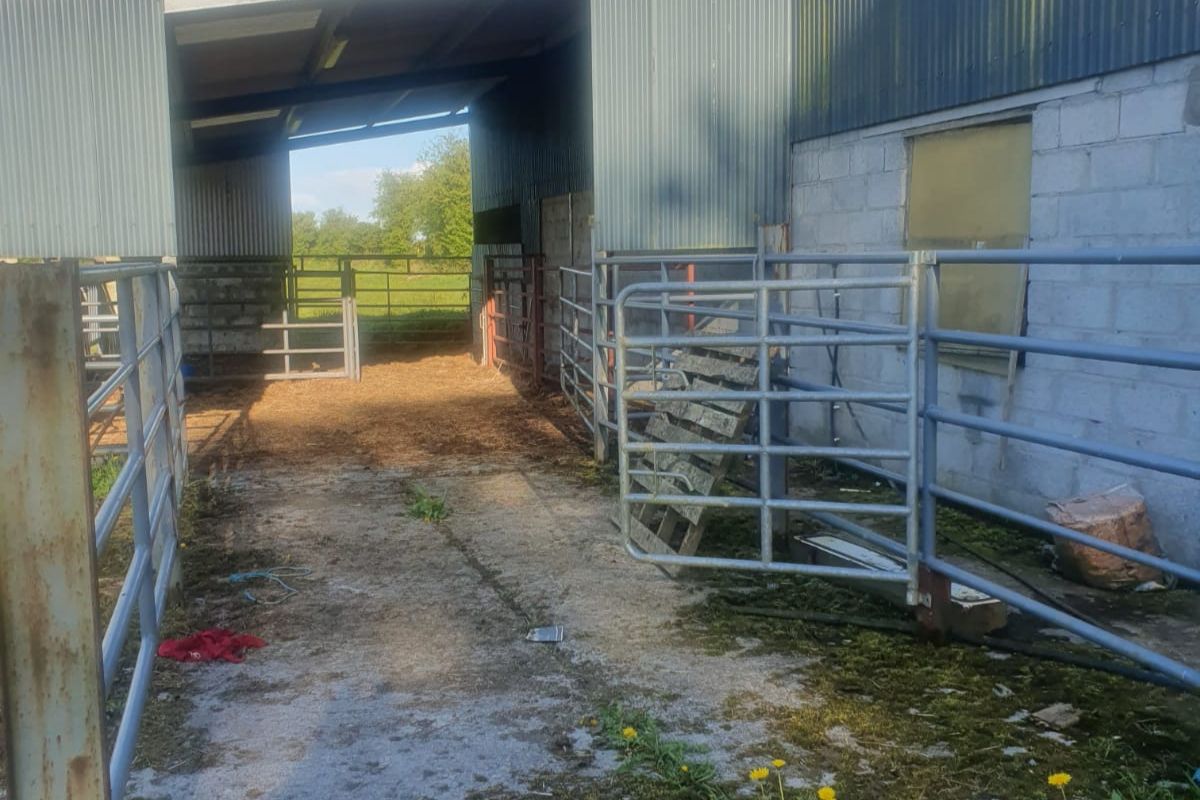 According to Liam, his biggest challenge is the daily maximum driving hours limit under tachograph rules. “A tachograph is a big issue with livestock, and I feel strongly on tachographs for livestock lorries.”

“The milk collection lorries can run without a tachograph. Livestock are farm produce, and when they are loaded, the man who buys the cattle needs to get them home.”

“I think a tachograph or card in the lorry is not on really, and it should be put down the same as a milk lorry. I feel strongly on this because anyone getting into this [haulage], it is a nightmare.”

“We are keeping all these crowds on the road, and we are not treated fairly. There is a big challenge ahead, and the ministers and the government would want to look at them.”

“We are going through a pandemic, and we would want to wake up and see what is going on. Livestock haulage is not easy or any other haulage. I think we are being screwed and are the easy target,” added Liam, who completes a certificate in livestock handling at Ballyhaise Agricultural College every five years. 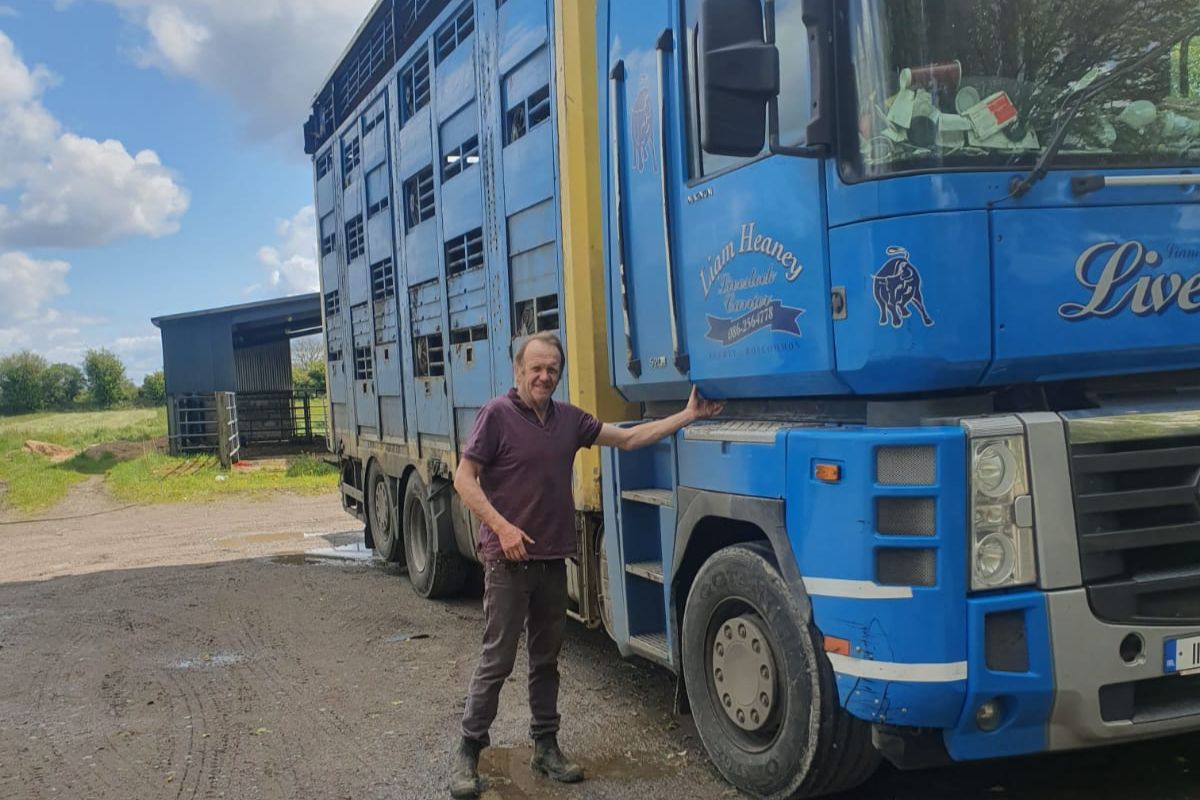 Liam commented on some changes he has experienced first-hand over the decades as he reflected on his 42-year livestock haulage career.

“Things have come on a lot from timber deck to aluminium bodies and decks and lifting and folding decks. It has made it easier for hauliers and farmers, plus establishing factories in different parts of the country, has made the thing a lot handier.”

“There has been a lot of changes over the years and changes for the better with the marts. Most marts in Ireland have great facilities for selling cattle and sheep and loading.”

“We have plenty of customers over the years. We have always got on well with clients and provided the best service we could.”

“I am 42 years at it; I loved every minute of it, and how long I will stay at it, I do not know. There is no one to take over the business, and I am coming near 60 years of age next year, so I do not know.”

“My aims and objectives would be to keep it as long as I can, stay as long as I can, and provide a service for the farming community and the few people we work for. I have reared a family and achieved what I have set out to do. I would like to thank all our customers that have supported me over the years.”

Liam, who covers 26 counties, outlined what he believes it takes to succeed in the competitive industry.

“The main thing with livestock is to be prompt and on time. If a person books you for a couple of cattle, turn up and do it, and do not push it off to someone else.”

“If you push it off to someone else, you are not treating the customer with the best of respect. I try to be as prompt as I can; most of my customers have been happy enough over the years.”

“I think it [livestock haulage] is in a good place; most hauliers have good gear. One time ago, there were very few lorries, but now there are plenty of cattle and sheep lorries.”

“There are a lot of young people coming into haulage. Beef cattle movement has slowed down a good bit, and with dairying taking off, there would not be as many beef cattle as we were moving twenty years ago.”