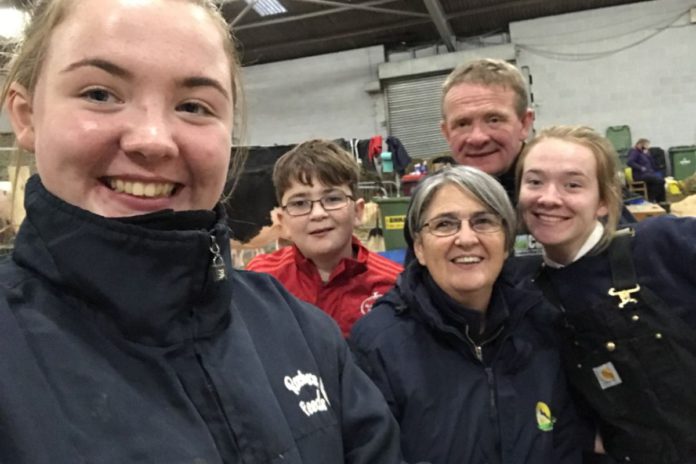 ‘If a heifer does not milk 4.5 gallons after five weeks, I tube her’

In this week’s dairy segment, That’s Farming, speaks to Paul Hannan of Lisnalty Holsteins about his herd and his exceptional performance on the show circuit 2019.

Paul Hannan, Friarstown, Crecora, County Limerick has expanded from 120 to 180 cows in the last four years.

He milks his herd all-year-round, in his 20-unit DeLaval parlour, with recording jars and automatic cluster removers, which he installed in 2014.

On his 250-acre farm, he grazes cows from April 1st to November 1st when they remain indoors and are fed TMR consisting of maize, sugar beet, silage, and a balancer.

His wife, Eileen, and three children, Jane, Claire, and Bill, are involved in farm’s running, and showing of all Paul’s young stock.

Paul believes it is imperative for his children to be involved in farming as he feels “it is a great outlet to have”.

“I have a daughter completing her Leaving Cert with Covid-19; it is a very stressful time for both child and parent,” the owner of Lisnalty Holsteins told That’s Farming.

“Milking cows relieves some of the stress for leaving cert students under this current pressure.”

Paul’s herd average is just over 12,300 litres of milk, 912kg of milk solids at 3.9% fat and at 3.35% protein from a concentrate input of 2T/cow annually. He reseeds grassland every year to improve grass quality for his herd.

For the summer, when cows are out on grass, they are fed a 14% ration.

Also, he feeds cows crimp grain, when they are indoors, which is a mixture of wheat and maize meal mixed, an 18% ration and uses a balancer of 24%.

“I feed maize and silage. This year, we had excellent silage, so I did not feed maize as early. We contract grow the maize in Cork.”

He has cubical sheds for cows coming indoors. All his cows lie in cubicles, the Limerick native beds them once-a-day with sawdust and line, and he cleans off the beds in the evening after milking.

“There is a great satisfaction to see plenty of milk filling up the bulk tank.”

“Farming, today, has gone to being a business; it has completely gone business-orientated, which creates challenges you have to face. When your cows are milking, they have to make money.”

“I take on students every year. If a heifer does not milk 4.5 gallons after five weeks, I tube her. They [students] look at me and ask why do I do this. I put it to them this way: when you are picking a football team, do you put out your favourite players of your best 15 players?” 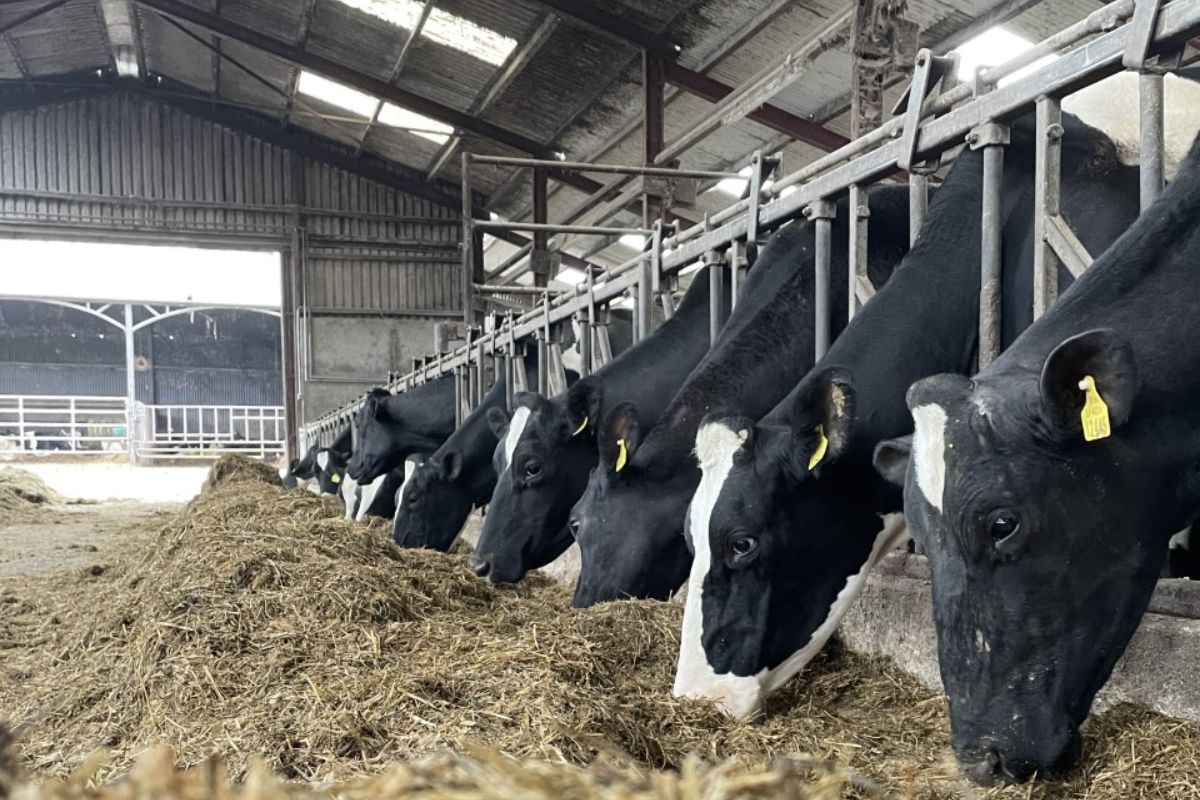 Currently, Paul uses 50% AI (all Holstein sires) while teams of Holstein stockbulls, cover the remaining cows. He AIs cows when they are indoors as he feels this achieves a better conception rate.

The Limerick native calves cows in two blocks, approximately 60 cows in August to September, and the remainder in January-April.

He keeps approximately 80% of his heifer calves for replacements, although he has exported heifers to the UK.

“We keep all the female calves, some for replacements and more of them I sell as calved heifers. I keep around 20 bull calves every year, and I sell them around this time of the year [March] for breeding for other farmers.”

“All our cows are put on a loose bed of straw two weeks before they calf. The ones that are calved indoors calf on the straw bedding.” 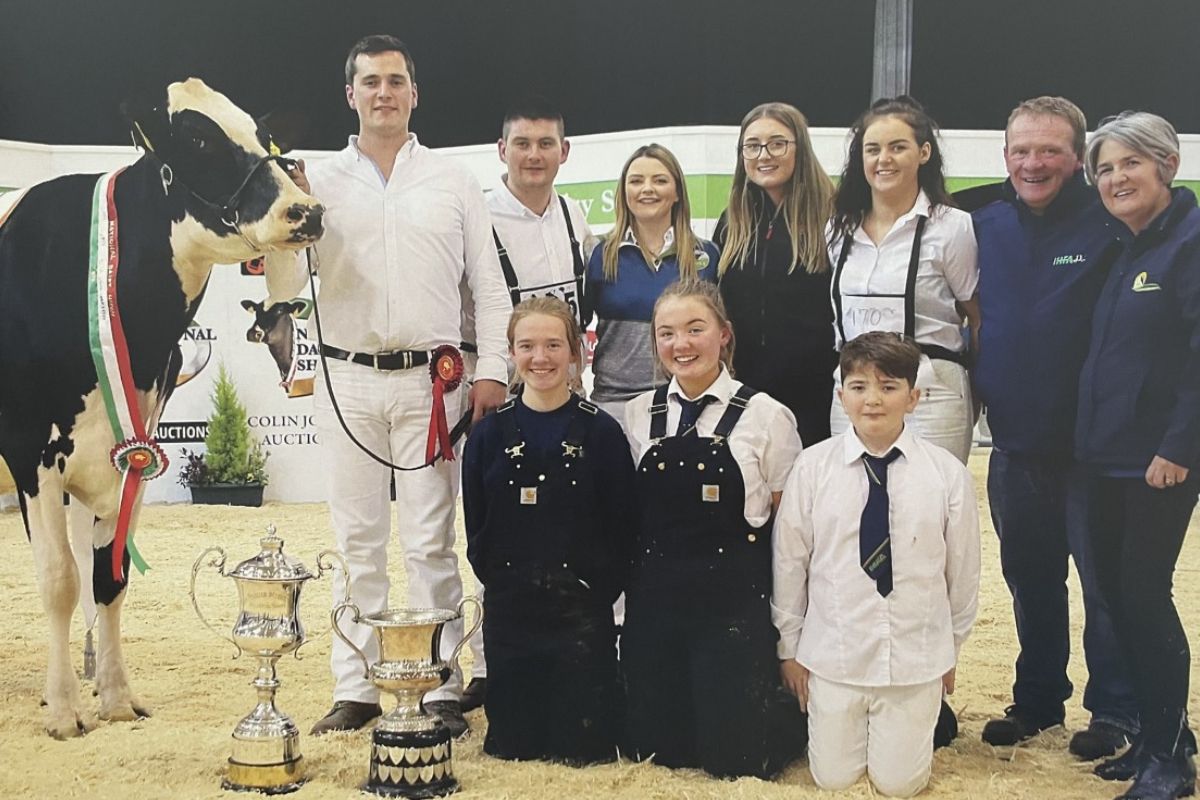 Paul has always bred Holsteins, but in the last 35 years, he feels they achieve breeding a Holstein cow that can convert large quantities of forage to large milk quantities.

“I like the Holstein’s style and ability to produce high volumes of milk, with good solids; they are a nice cow.”

“My ideal cow-type has changed in the last couple of years. I used to go for tall cows. Now I go for a medium-sized cow, with good shape, plenty of structure to her, good feet and a nice udder. I like to see a cow with a really good udder, with veins on it and full of milk.”

“I had a cow, Ullswater Sunray 07, years ago. We showed her a lot, which got me into showing cattle. She won a lot of the major shows in Ireland. I enjoyed showing cattle when I was younger. We have met great friends throughout the country showing cattle.”

The IHFA member has judged Holstein cattle in Holland, Belgium, Spain, France, England and Ireland and has a prominent presence on the show circuit as a prize-winning exhibitor.

“The IHFA come around twice-a-year every year, and classify all my cows. Their services throughout all of Ireland is brilliant. They have a great team working together to help people to grade up to make cows pedigree. It is a great system.” 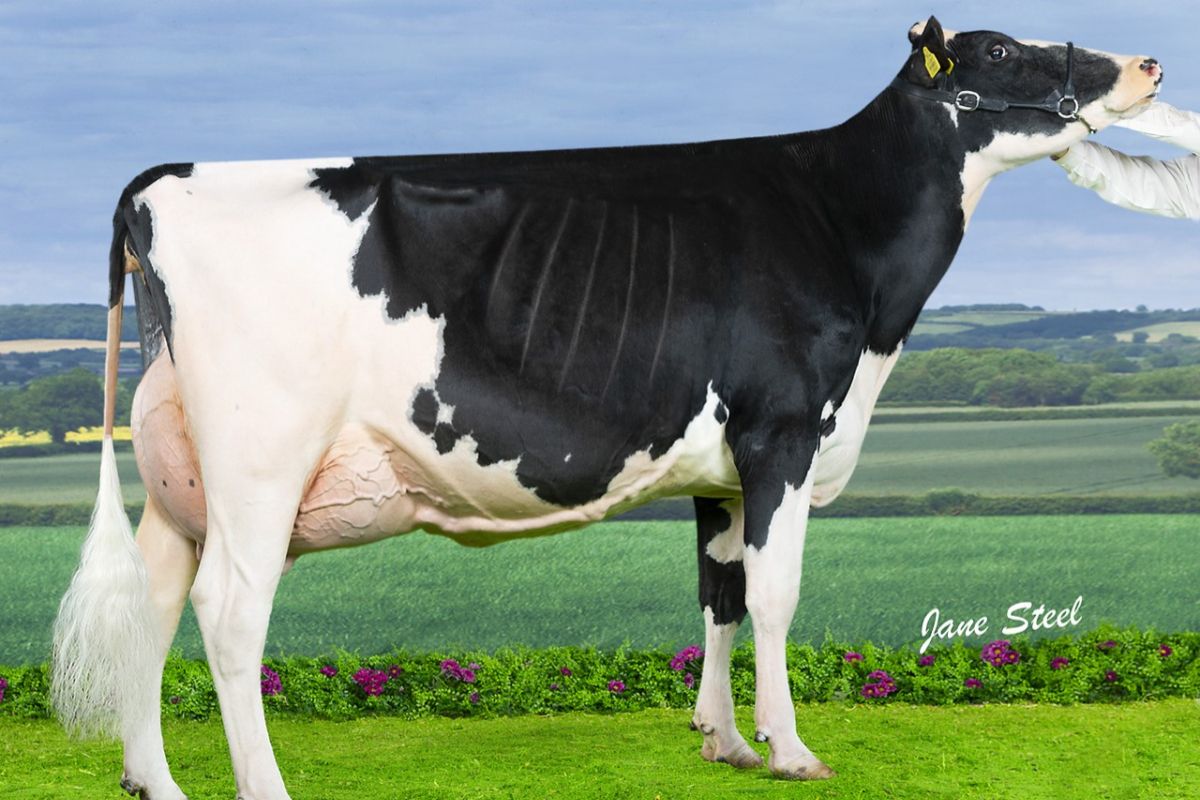 Later in 2019, she won the champion cow at the Winter Fair in Balmoral Park.

“She won the champion 4-year-old cow in Ireland, and she got the cow of the year from the Irish Pedigree Cattle Breeders’ Association.”

“To be honest, 2019 was probably the highlight year for us. No more shows have taken place since; it was great that we were all there and healthy to enjoy it.”

“My family love going to shows; we have a great team who looks after the cows, Paul Murphy and Brendan Greenan. We had a great time; it is all about making friends around the country. Even in the lockdown, having Zoom calls is brilliant.”

“For me, showing is about the friends you meet around the country. I try to encourage younger people to get involved because the young people are the future of us all,” Paul of Lisnalty Holsteins concluded.

- Advertisement -
Previous article
What to consider when purchasing a young bull
Next article
Weather: Mainly dry up until Tuesday