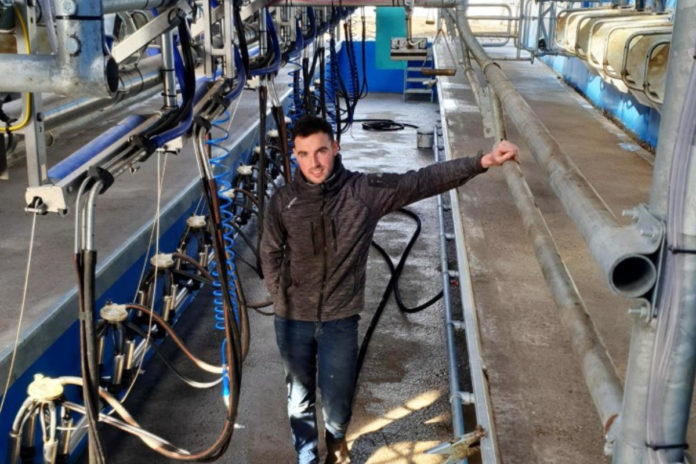 In this week’s dairy segment, That’s Farming, speaks to Limerick dairy farmer, Philip Roche, who took the reins of the family farm at the age of 16.

Attaining formal agricultural degrees and gaining experience on a dairy enterprise have been instrumental in Philip Roche’s journey to achieving his long-term goal.

The Pallasgreen, County Limerick native, studied a BSc in Agriculture at Cork Institute of Technology, followed by a Professional Diploma in Dairy Farm Management, based at Moorepark in Fermoy.

He completed the second year of his diploma on a farm in Golden in Tipperary, where he spent the past four-and-a-half-years working. In January 2021, he returned to his 90-acre family farm on a full-time basis.

“My long-term goal was to be milking at home, but I have gained valuable experience by working on that farm and made great contacts. It means a lot to have advice that is only a phone call away.” Roche told That’s Farming.

“Originally, we farmed beef and pigs but got out of pigs ten years ago after my father passed away. I took over the beef at that stage while still in school.”

“Gradually, with my brother Raymond’s help, I improved the farm year-by-year, with dairy farming being my long-term goal. I now operate a registered farm partnership with my mother, Teresa, with a helping hand from my brother, Raymond, a teacher.” 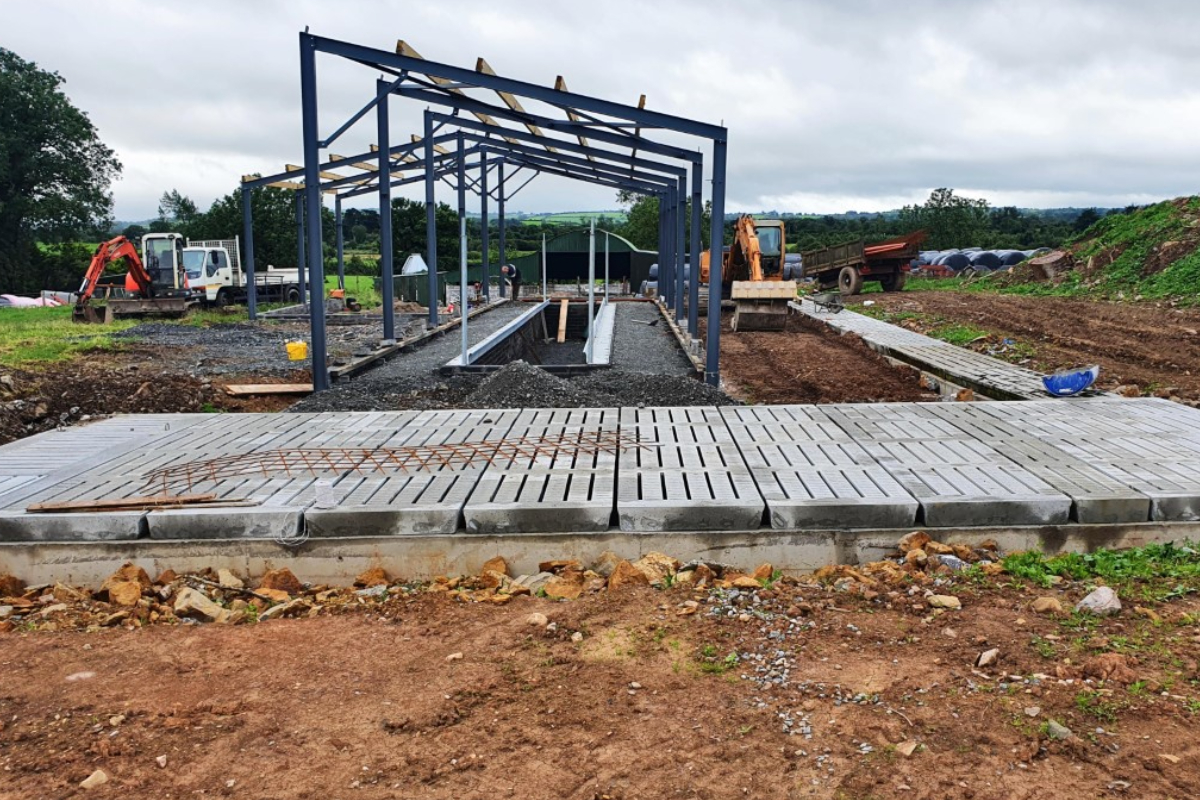 To pave the way for their journey into dairying, the family began constructing a milking parlour in April 2020 under TAMS.

Roche admitted this was a time-consuming project, that took two years from planning permission, applying for grants, securing finance and construction, and concluded in December 2020.

“We installed a 14-unit DeLaval machine with cluster removers. It is a simple, straightforward machine, but I like it. I have batch feeders and an 8,000-litre bulk tank in place.”

“Once cows leave the parlour after milking, they walk through a handling area, which consists of a holding yard and a crush. We have left space for an automatic drafter down the line.”

“I converted existing beef sheds into cubicles and put in a calving area and automatic scrapers. When taking over the farm at sixteen, it needed reclaiming so, over the last number of years, the farm has been reclaimed, drained and reseeded.”

“I enjoy projects like this, but they can be costly with some of the wetter land taking €1,000/acre to reclaim, drain, construct roadways and reseed, but the returns are high.” 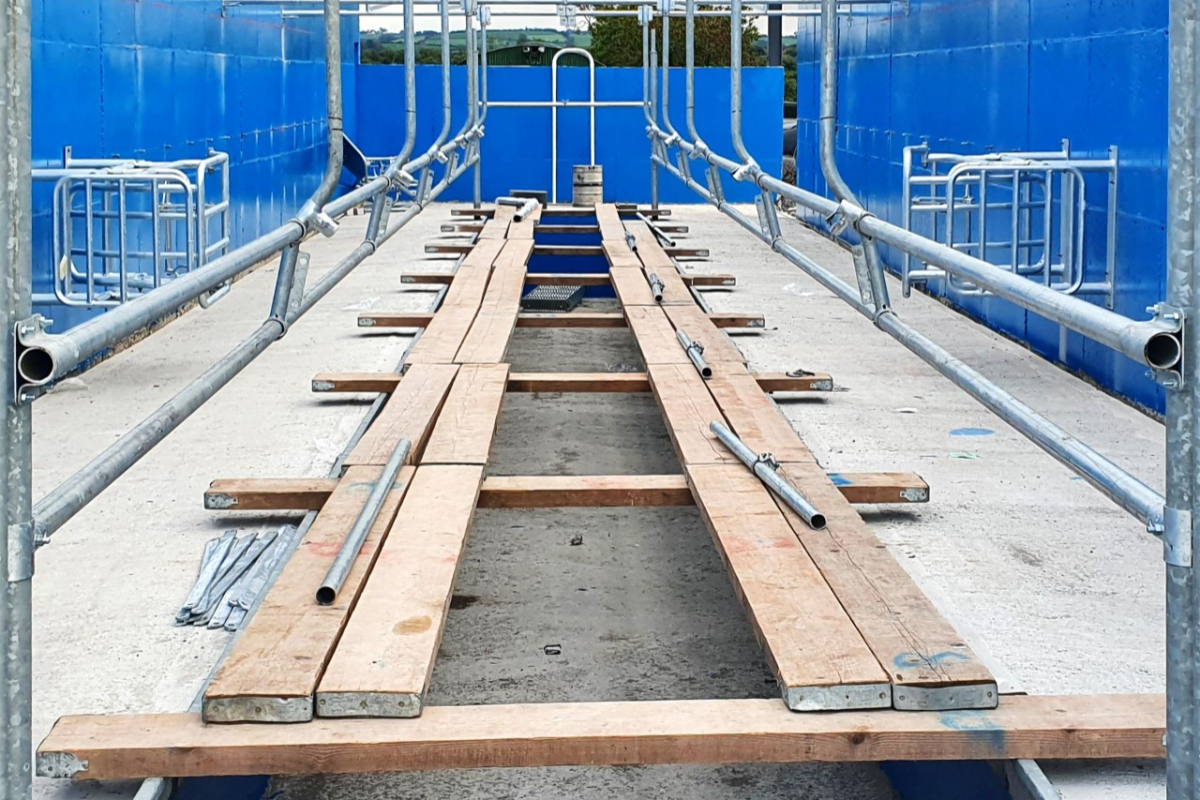 With adequate infrastructure for dairying in place, Philip then dispersed their suckler and beef herd and replaced them with dairy stock.

He sourced foundation heifers from separate herds with clean, health statuses. He purchased 45 heifers as calves and reared these on-farm, while he brought in-calf heifers at the end of last year.

In February 2021, the Limerick dairy farmer began milking for the first time with a herd of 75 high-EBI heifers and cows. The herd’s EBI is 191, with 85% of the herd consisting of first-calvers.

“Cell count is reducing each collection now as heifers are getting used to the milking routine and are more relaxed. I will start milk recording in the middle of March.”

Philip stated that there is approximately 20% Jersey influence in the herd with a target mature weight of 500kgs.

The Limerick strives to farm a compact cow that is easily maintained and hold condition well with an aim to produce 500kgs of milk solids from a concentrate input of 800/900kgs per cow.

“It will take a few years to reach this performance as the herd matures, but that is the target. The herds where the cows would have come from would produce around the 500kgs milk from around the 6,000-litre mark, so I am hoping for the same here.”

“So far, I have kept all dairy heifer calves on the farm and have sold bulls for export. I have had a good run of heifer calves so far and will retain these to grow the herd in the future.” 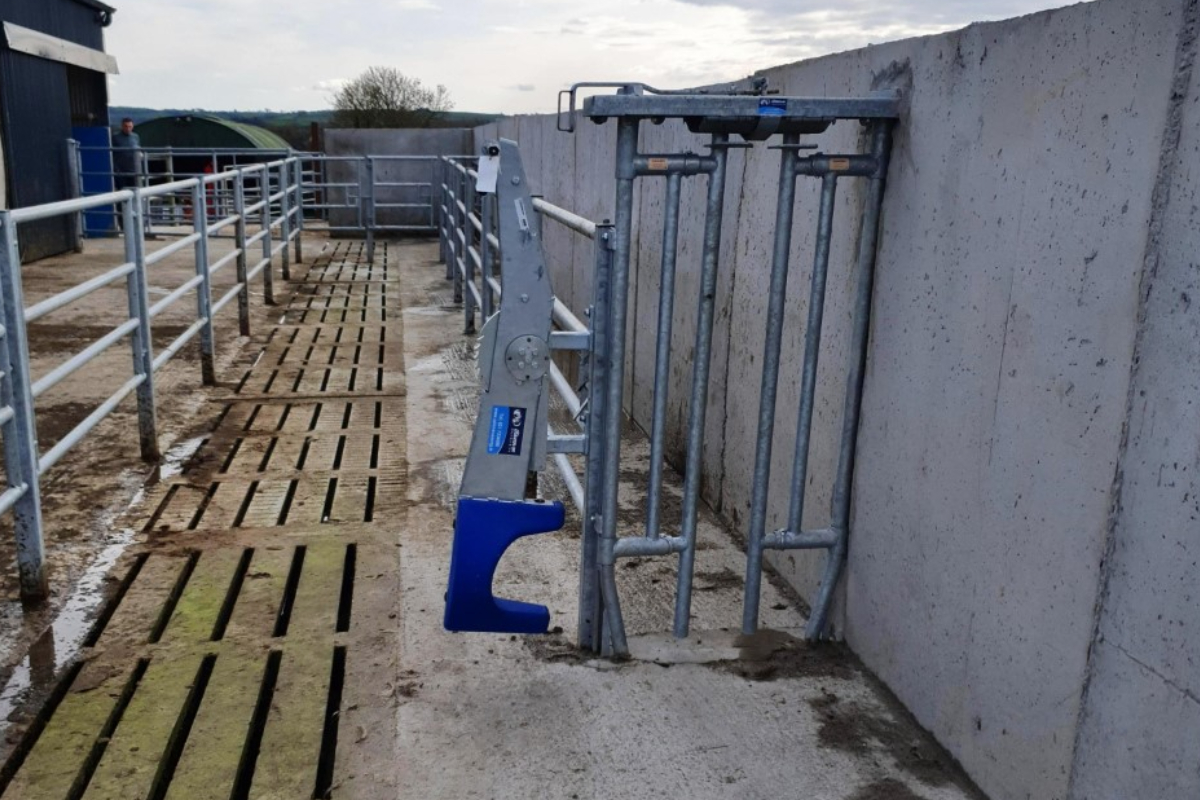 Along with an emphasis on cow-type and genetics, the Limerick native cited grassland management as another key element to success.

He claimed that grass measuring has brought the farm’s grassland management policy to a “new level”. He utilises a plate meter and analyses data from Pasture Base to make key decisions.

Land is heavy in nature, but infrastructure has been put in place to maximise the number of days cows spend at grass.

“10 days of grazing were got by on/off grazing in February, and cows have been out full-time since February 28th, which is a massive help on workload and production.”

“The average farm cover is 1,070, with 25% grazed to date. Hopefully, weather conditions will continue to be dry, so we stay out full-time. We can always go back in by night if required. We have spread 40 units of urea on 80% of the farm and 20% with slurry using the dribble bar system.” 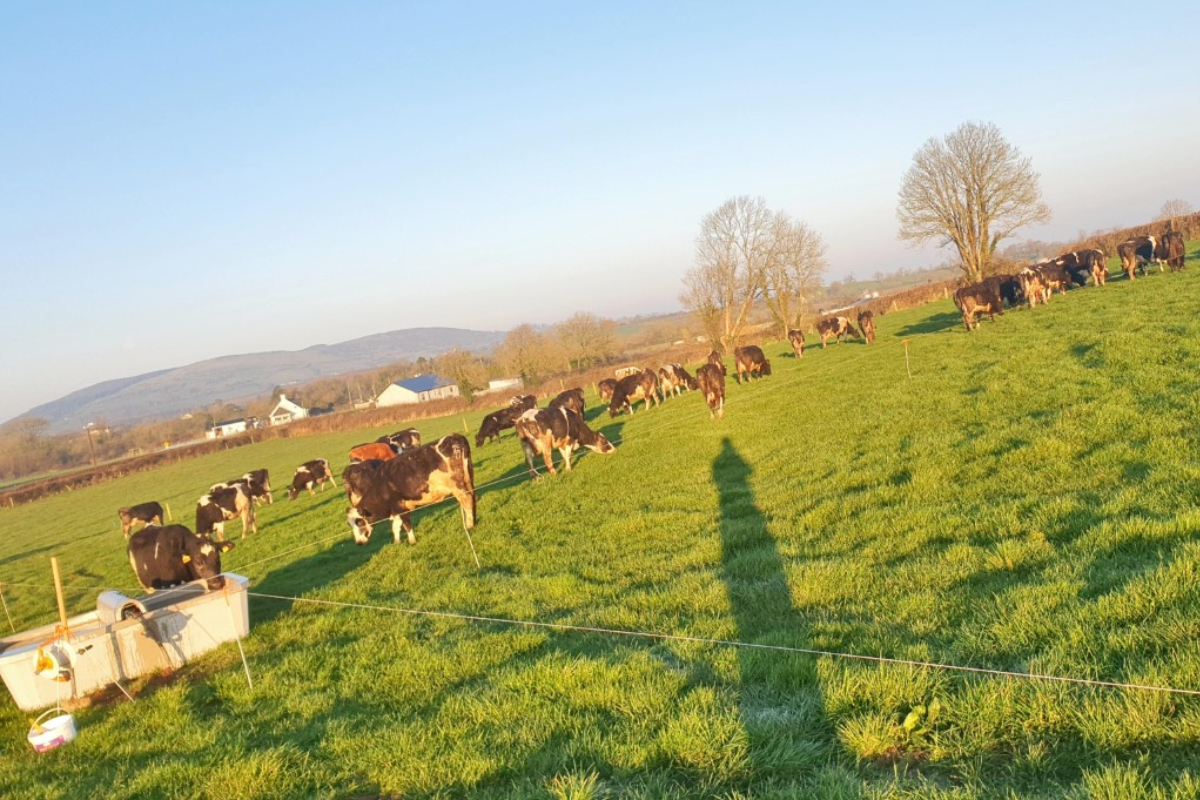 Not one to rest on his laurels, Philip intends to improve the thriving enterprise a step further with intentions to expand to possibly 100-120 cows.

He has future-proofed the parlour with the option of adding another six-units if required.

“100 cows with some part-time relief milkers is the aim. Dairy farming is a lifestyle, and I enjoy it, but I also have other interests outside of farming too. I feel I have a user-friendly parlour, and relief milkers can easily fill my position if I want to get away.”

Meanwhile, he aims to breed high-EBI black and white bulls with high fat and protein percentages to the herd’s best-performing animals with beef sires to serve the remaining cows. 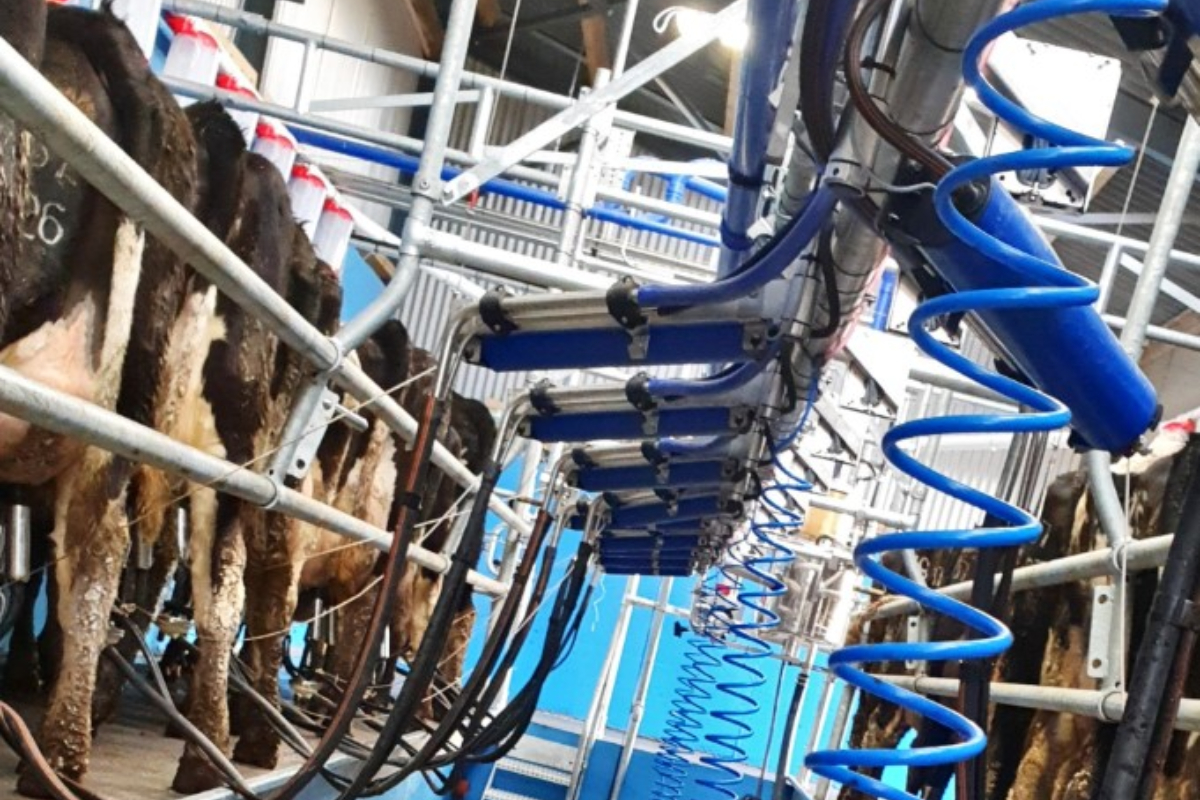 In the short-term, the plan for the year ahead is to extend some roadways and reseeds remaining areas of the Limerick-based farm.

“I joined two discussion groups recently and am looking forward to getting back to group meetings once Covid-19 restrictions are lifted.”

“Discussion groups are great for really progressing your farm business by picking up new ideas, which you can bring home and put to use.”

“Covid-19 has not impacted us on the farm as such; only my social life has been put on hold really and the GAA where I try to play a bit of junior B with my local club, Pallasgreen. It is good craic and, and it is nice to get off the farm in the evenings.” the Limerick dairy farmer concluded.

- Advertisement -
Previous articleVIDEO: One of the only Anderson Automatic bale transporters in Ireland
Next articleMan (40s) dies in workplace incident at grain store premises