That's FarmingThat\'s Farming Irelands Largest Farming News, Properties and Classifieds Network
HomeDairy‘Dairy farming is a vocation; you are working 24/7; there are no... 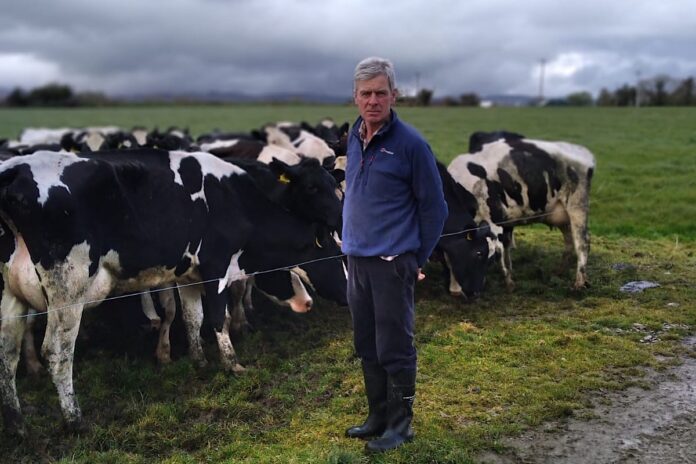 ‘Dairy farming is a vocation; you are working 24/7; there are no set hours’

In this week’s dairy segment, That’s Farming, speaks to the ICMSA dairy committee chairperson, Noel Murphy, from Limerick. He discusses taking the reins of the family farm, herd expansion, sexed semen, LESS, challenges in the industry, and his outlook on the sector.

In 1995, Noel Murphy, purchased a parcel of 60-acres adjoining the home farm and took over the family dairy farm from his father, Arthur.

Today, the Milltown, County Kerry native milks 150 cows that are 80% Holstein Friesian and 20% British Friesian on a 150-acre farm.

Noel worked alongside his father before taking over the family farm, where he finished beef-sired progeny from the dairy herd on an out farm.

“We had a beef enterprise because we did not have enough milk quota for the full amount of ground,” Noel Murphy explained to That’s Farming.

“I have been milking cows all my life. I was involved in it since a youngster running around the farm. So, I had an interest in dairy farming all my life; there is no doubt about that.”

“In my opinion, you would want an interest to be at dairy farming because it is a vocation; you are working 24/7, and there are no set hours.”

“If you are a dairy farmer, hours can vary, and you do not clock in and out. It is a seven-day-a-week dedicated operation most of the time.”

In 1980, Noel attended Pallaskenry Agricultural College and completed his Green Cert, followed by a three-month farm management module in his local Teagasc centre.

He completed a three-month college placement on a 120-cow dairy farm in Cork. 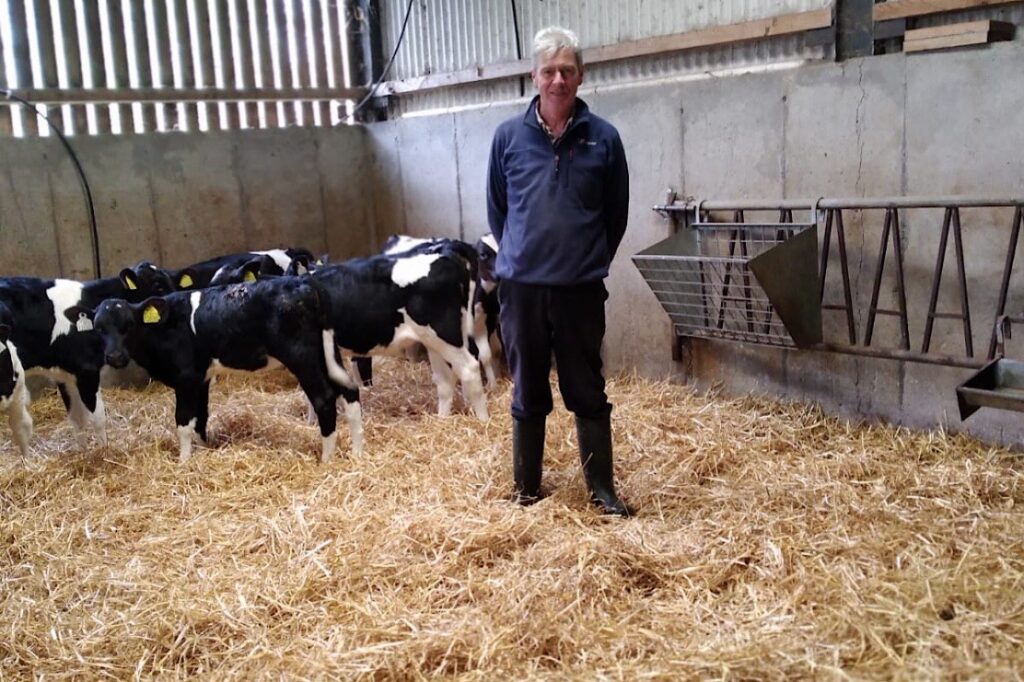 Noel expanded his farm buildings accordingly as cow numbers grew, from an original 75 females. He grew his herd through replacements.

“In 2015, when milk quotas went, we could keep a few more cows then because we had the land we were using for beef up to then.”

“We have gone away from beef and have decided to concentrate more on dairying.”

“In the 1970s, British Friesian cows would not have been as a high yielding, and they were more a dual-purpose animal than what we have now.”

“They seem to be the most profitable animal, but whether that will change in the future is anyone’s guess.”

He feeds over 1t of concentrates per cow to achieve the above performance levels. 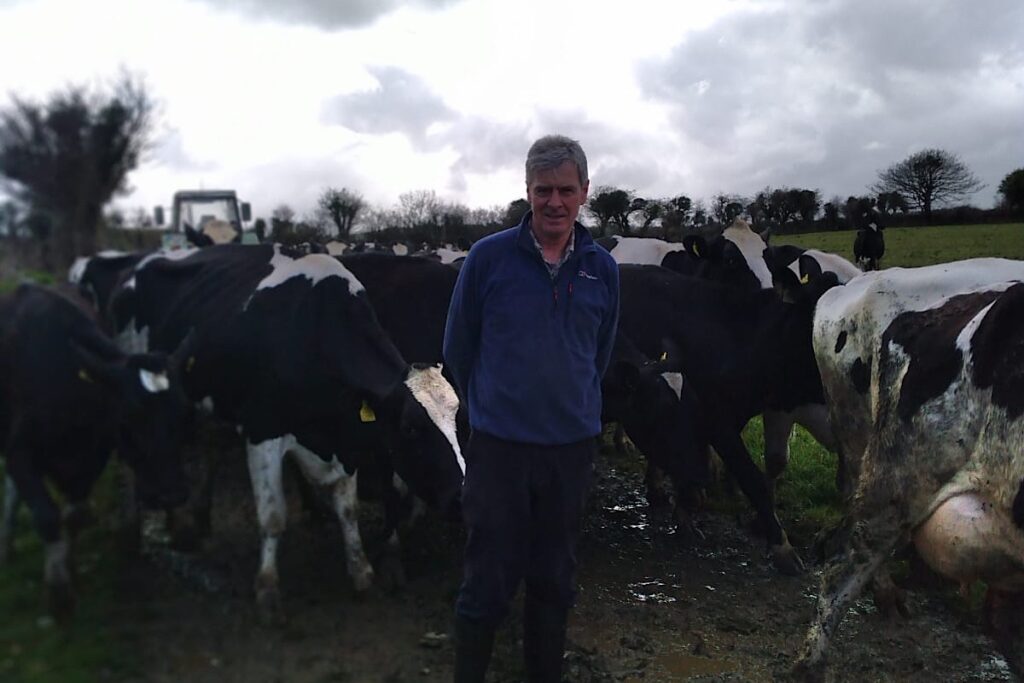 The Kerry farmer synchronises his heifers through a CIDR programme, and he finds this enables him to AI heifers on a single day.

He uses sexed semen on some of his replacements and achieves conception rates of up to 50% – with an Angus or Hereford stock bull mopping up.

Noel uses a mixture of conventional and sexed semen over two cycles and over the course of six weeks.

“I alternate the stock bulls on my dairy herd. For example, I might let one Hereford bull in for a week, rest him then, and I let the other bull in.”

“I find if you are with a big herd of cows and, even though a lot of them are with AI, they would be a good few coming into heat all the time, and one bull would not be sufficient for that herd size.”

Noel chooses to calf his herd from February 6th to April 10th to allow grass growth for grazing cows post-calving.

The Kerry-based farmer aims to calf his replacements at 24-months.

“I try to calf the replacements as early as I can to be ahead of the game because you get slippage down through the years from one calving to the next, as with any animal, as they go on.”

“We used to calf cows later years ago. Sometimes they might be two-and-a-half years or three-years-old when we were milking all year round.”

“Our calving pattern would not be as compact as it was. I always found that if you let heifers go at three-year-old, they grow too much.”

According to Noel, the herd’s calving interval is 363 days, and cows require very little intervention during calving. 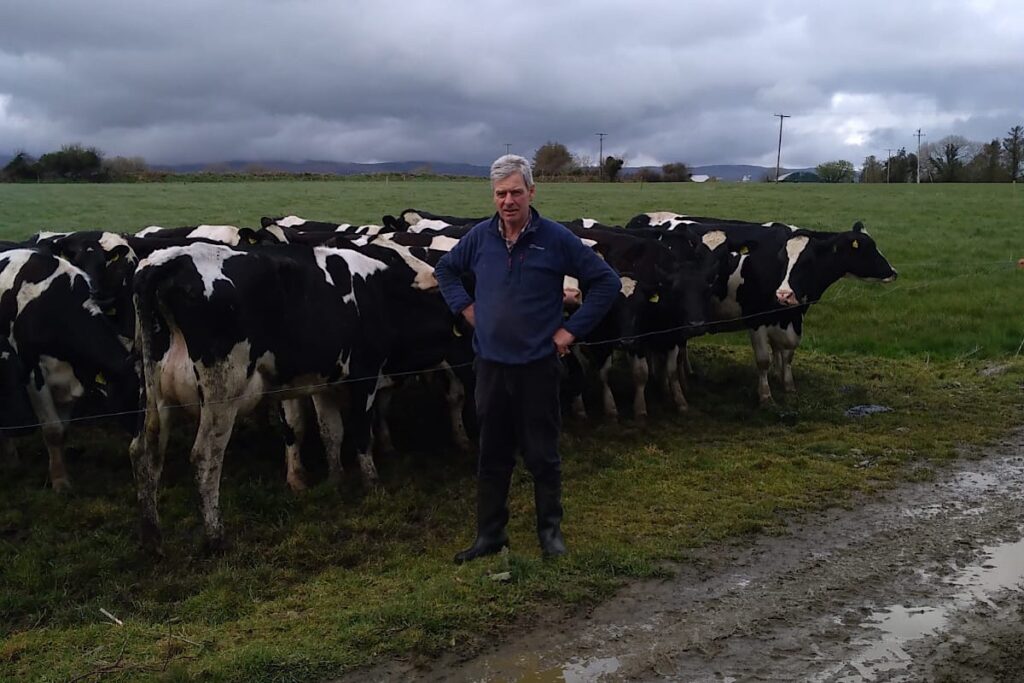 Noel has a strict culling policy for high SCC, mastitis, lameness, or regarding milk constituents.

He aims to sell his excess heifers this year on-farm or at Gortatlea Mart or Castleisland Co-operative Livestock Mart as maiden heifers or calves.

He sells his male calves in Gortatlea Mart or Castleisland Co-operative Livestock Mart or on-farm from four to six-weeks-old.

“I have a few customers interested in buying Friesian bull calves, and they might buy some of the Angus and Hereford calves. These are customers that come back every year.”

“I have been using sexed semen to cut down the number of male calves born.”

Noel said his farm uses a rotational grazing system, and he measures grass “every so often” at high growth rates.

“I used a Low Emission Slurry Spreading (LESS) application method last year, and I will use it this year. I am using a trailing shoe. We spread the paddocks with some watery slurry.”

“With fertiliser costs this year, it will be more essential to try to do something like that and utilise it as good as we can.”

“My stocking rates are about 3 LU/HA on the milking platform, and I also take silage off that ground. So, I am not massively stocked, but I am in the derogation. My stocking rate is above 170kgs nitrates per hectare.”

He milks twice-a-day in a 20-unit GEA (Westphalia) milking parlour (with automatic cluster removers), having previously owned a 10-unit DeLaval milking parlour that he installed in 2011. 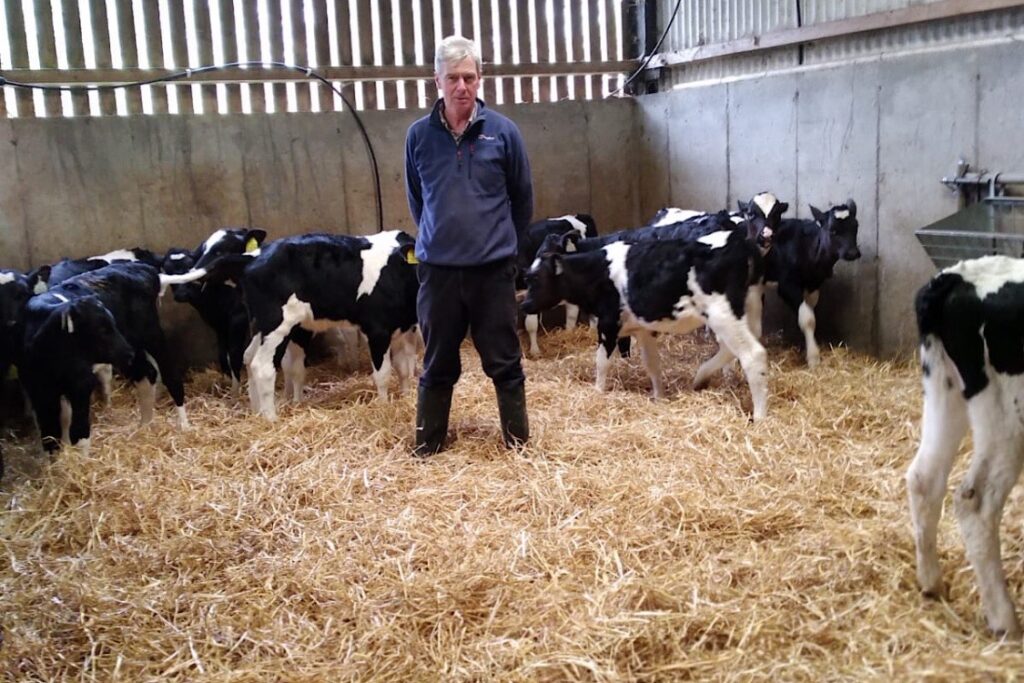 Noel faces rising input costs in the sector, and outlined labour is also a challenge for the dairy industry.

“In my view, contractor prices will reflect fertiliser, energy, and diesel costs this year. All that side of things have gone up exponentially in price. I do not see that it will come back down too much.”

“I know oil has reduced in price in the last ten days, but it is still pretty expensive.”

Plans and the future of the Irish dairy industry

Noel plans to increase the size of his calf housing and complete roadway maintenance.

His production target is 500kgs of milk solids per cow and 6,000 litres with “little” concentrates to have an “efficient” operation.

“I am at the stage where I am looking at coming back ten or 15 cows – depending on where we are going.”

“So, I am either going to be stable in cow numbers or dropping a small bit, but I am not going to be increasing.”

“I am confident enough that farmers will be able to make a viable income from farming, and dairy farming will be a mainstay of the rural community around the country for a good while yet.”

“There are challenges, but I would be confident we can meet those challenges.

“We have ongoing environmental challenges. We all see the challenge of the environment and emissions and hope to play our part in that side of things.”

“I would be confident enough, hopeful enough and optimistic about the future that we will be there for another while.”

“I am disappointed with the way milk prices have gone because there is potential for a good few cents a litre to be given to farmers.”

“Markets are returning 49 to 50 c/L, and co-ops should be matching that. We are getting 43c/L. So, it seems to be very slow to get the price up to where farmers should be, and the price they should be getting.”

“I would not be happy with the way the milk price increase has come. We should be getting a bit better anyway,” the dairy farmer concluded.