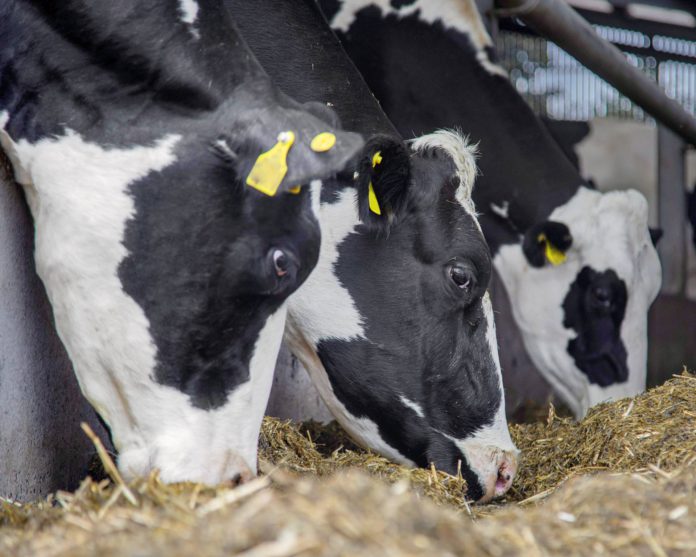 In this article, That’s Farming discusses lameness and mastitis. We will also look at identifying and diagnosing these health problems, the commonly associated causes, preventative measures and associated costs which arise from laminitis and mastitis.

Lameness and mastitis are both frequent health problems that occur on dairy farms. Both of these health issues can cause significant financial losses on a dairy farm.

Lameness is an issue which is commonly seen on dairy farms at some stage in a cow’s lifecycle, although it is not confined to dairy units alone. Therefore, it is vital to have the ability to diagnose lameness when you see it.

Walking is obviously affected. The cow may be unwilling or slow to move. Indications of subclinical lameness include:

In terms of identifying mastitis in a cow, you can identify abnormalities by either the milk or by analysing the udder.

Mastitis and SCC (somatic cell count) can reduce the yield and milk quality from dairy cows.

When scanning the milk for mastitis, clots or discoloured, watery or flaky milk can be visible. Signs of mastitis in the udder include swelling, heat, hardness, redness or pain.

Other common signs of mastitis include a reduction in appetite, reduced mobility due to the pain of a swollen udder and increased body temperature due to infection.

Common causes of lameness and mastitis

There are many common causes of both of these prevalent health conditions.

In terms of lameness, here are a few common causes;

Comparatively, mastitis in dairy cows is caused by udder infections. These infections usually arise from bacteria, which is introduced either during milking or otherwise from environmental factors.

According to MSD Veterinary Manual, most mastitis infections are caused by various species of streptococci, staphylococci, and gram-negative rods.

Examples of how mastitis can become a problem for your cow include contamination from equipment during milking, manure contamination or unhygienic bedding. The bedding used to house cattle can be the primary source of environmental pathogens.

There are a number of preventative measures which can be adopted on your farm to prevent both lameness and mastitis.

Firstly, for lameness, keep stock standing in conditions that are as dry as possible. Another important aspect to consider is ground evenness.

Consider the surfaces that the cows travel on to get to the parlour for milking – ensure that these roadway surfaces are barren from loose or sharp stones. Keep the cows at their own pace, and certainly do not rush them in and out for milking.

You can incorporate a foot bathing procedure into your dairy herd health plan. Foot bathing is used for prevention, not treatment, of dermatitis. Alongside this measure, carry out routine hoof trimming, at least once a year when drying off.

In terms of nutrition, adding adequate amounts of minerals and vitamins to your cow’s diet can help boost immunity. In turn, the added immunity will assist the cow in fighting mastitis pathogens.

According to Teagasc, 20-35% of cows suffer some degree of lameness. Hereafter, it estimates the cost of a clinical case of lameness to be in the region of €160-€300.

Clinical lameness is estimated to cause a reduction in milk yield by 350kg per lactation.

Unfortunately, as a result of lameness, there are other direct costs involved. Where lameness has been identified, there is a reduced milk yield for up to four months before, and five months after diagnosis.

Alongside the cost of discarded milk, there is also the added expense of veterinary bills and remedies involved with mastitis treatment.

Subsequently, mastitis can further cut the end figure on your milk cheque.

Milk SCC levels above 100,000 result in a loss of money. Teagasc has reported that, on average, mastitis costs farmers €60/cow/year.

Should you have a hesitation about mastitis being an issue with your milk quality, detection is best done by testing milk for somatic cell counts (SCCs).

While both of these health conditions create the opportunity for substantial financial loss on dairy farms, the understanding of prevention and early identification are key factors to minimising losses.

- Advertisement -
Previous article‘Shade is critically important, as pets can also suffer from sunburn’
Next articleCompulsory usage of LESS in 2023: Who is impacted?