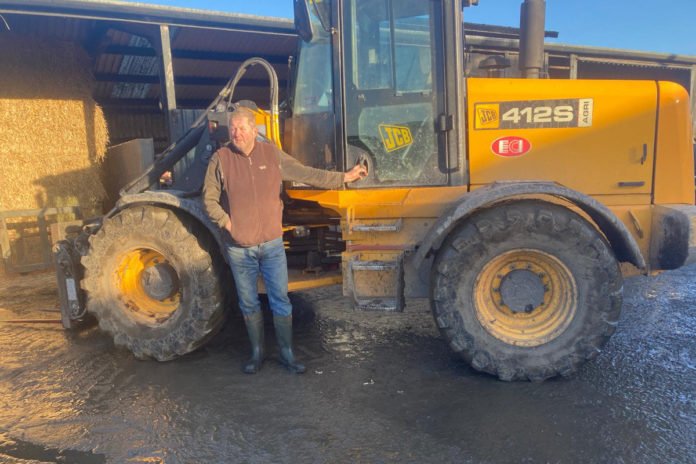 In 1978, Dermot completed his studies at Gurteen Agricultural College and purchased a 58-acre farm shortly afterwards

He worked on a nearby dairy farm for three years before setting up a dairy enterprise of his own in February 1982.

“The non-pedigree cow was upgraded to ASR. Her heifer would be BSR with her progeny being CSR and fourth-generation being full pedigree,” Dermot Jackson told That’s Farming.

“Some pedigree cows were purchased from herd dispersal sales in Ireland and the UK. Milk quota was applied from the early 80s, and restricted the farms future.

“Their was additional land with milk quota leased for a number of years, and cow numbers increased to 50 females.”

“In 2000, this leased quota was purchased outright, and further small amounts of quota were purchased from Premier Diaries when available.”

“Cow numbers remained stagnant at 55 until quotas were abolished in 2015.”

In 1990, Dermot decided to opt for 100% pedigree Holstein breeding following a trip to the Royal Winter Fair and farm tours in Canada.

He purchased embryos from top cow families over the next few years.

“The resultant heifers were flushed to top Canadian/North American bulls to develop the herd.”

“A member of the Apple cow family was purchased in the Tulip sale, successfully flushed and has many offspring in the herd today.”

In 1985, Dermot joined the Kildare Friesian Breeders’ Club and took part in stock-judging, herds competitions and got “bitten by the pedigree bug”. 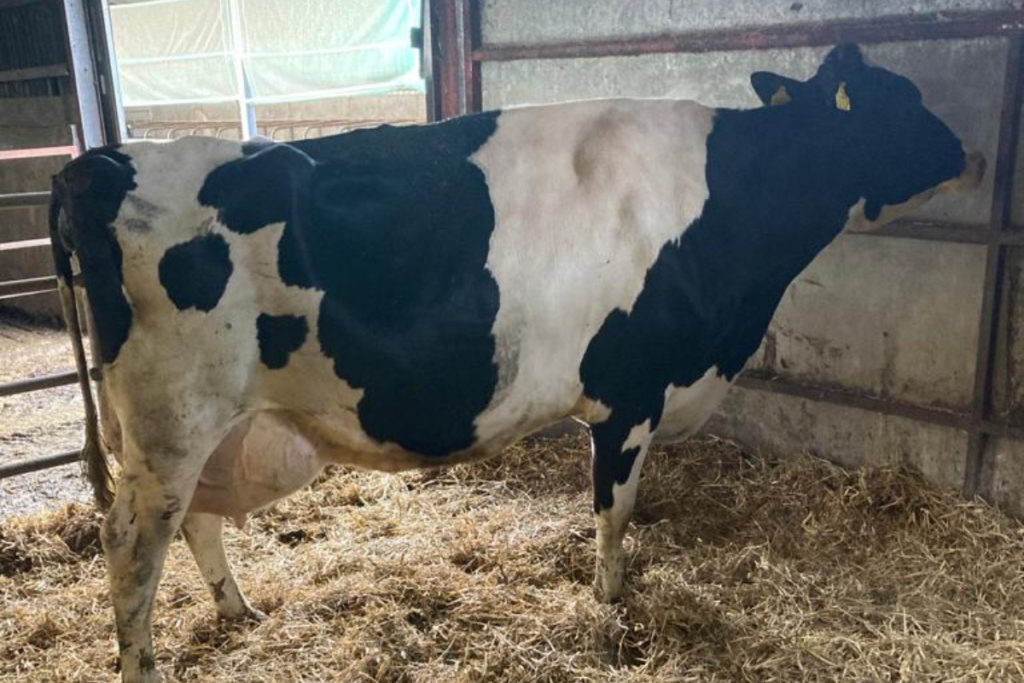 The herd is both autumn and spring calving as the couple farm heavy land.

“Liquid milk suits the farm as cows spend more time indoors. We sell bull calves at over 14 days for export to Spain or Holland.”

The herd retains 12-15 heifers per year, with an aim to calve these between 24 and 26-months-old.

“We sell surplus heifers in draft sales with Taaffe Auctions in Carnaross Mart, many of which go for export, or through private farm sales to local fellow breeders.”

He is a regular winner in the Kildare Friesian Breeders’ Club and has received milk awards with Premier Dairies (Glanbia). 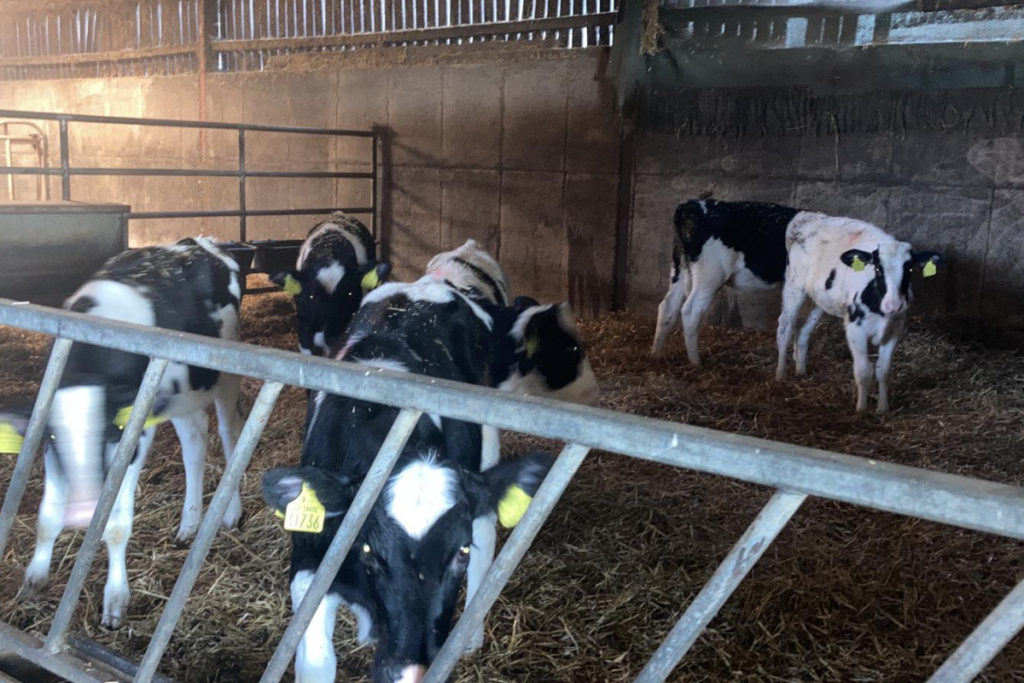 Dermot, a DIY AI technician, explained that with the popularity of sexed semen over the last ten years, he now uses 50% of it on the herd.

“We have used this successfully, especially on maiden heifers.”

Conventional semen makes up the remaining usage, with a stock bull serving a small number of females.

“Cows and heifers are AI’d twice and then served by a stock bull. An in-calf cow is worth more than a cow, not in-calf.”

He purchased his current stock bull, Greenlea Krush, at the IHFA bull sale in Nenagh in March 2021.

He is a son of Maverick Crush from the Katrina cow family, Lucky Holsteins, and produced 980 kgs milk solids in her second lactation.

The previous stock bull, Bawnmore Mogul, from the Lila_Z cow family, came from the O’Connor brothers in Kanturk.

“We try to keep stock bull usage to under 20%. However, this can be difficult as we are currently farming four separate blocks of land.” 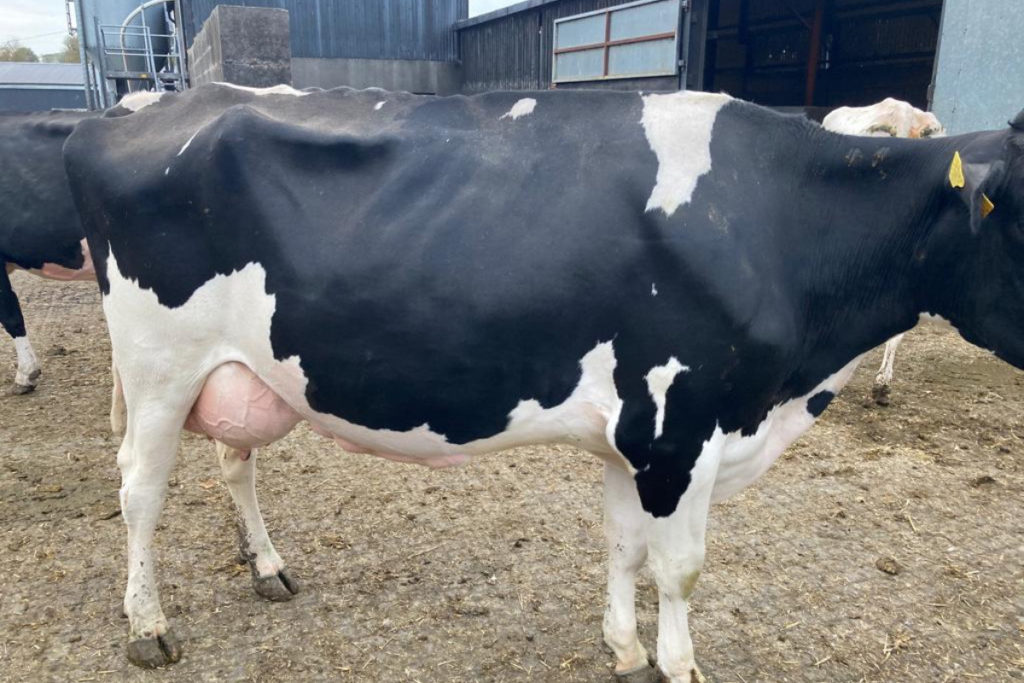 He milks twice a day; it takes approximately 90 minutes per milking.

The farm has cubicles for 80 cows and 44 heifers, a straw-bedded shed for cows, and a calf shed.

He manages his grassland by reseeding 20% annually. “Grass is the cheapest feed for livestock.”

“It is harder to work on fragmented land. Currently, the farm is in four separate blocks, some of which is five miles away. We use this for silage production with additional associated costs of haulage.” 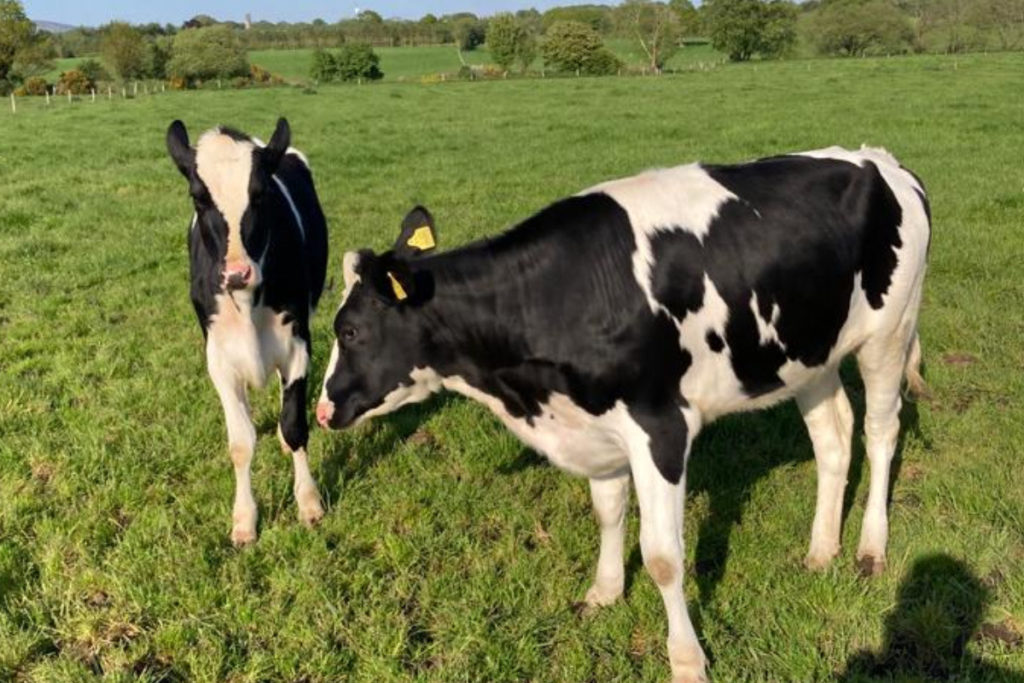 Dermot feels he will face “uncertainties over the next six months”  with climate change, rising fertiliser costs, feed costs, and labour shortages.

“Tractor diesel prices are double what they were last year. In terms of fertiliser, we do not know whether it will be available even at astronomical prices.”

“Farming has been tagged as the biggest generator of methane and carbon dioxide gases.”

“However, farmers own a lot of hedgerows and trees on their land, but farmers cannot claim the relevant carbon credits associated with these trees and hedgerows.”

“Farmers should not plant any further trees or hedgerows until they can claim the relevant carbon credits.”

“Years ago, when I was five or six, traditionally December 8th, was the start of Christmas season, now it is after the October weekend.”

“If they banned switching on Christmas lights until December 1st, you would be surprised what energy we would save in the country, reducing the usage of fossil fuels in the generation of electricity and our carbon footprint.” 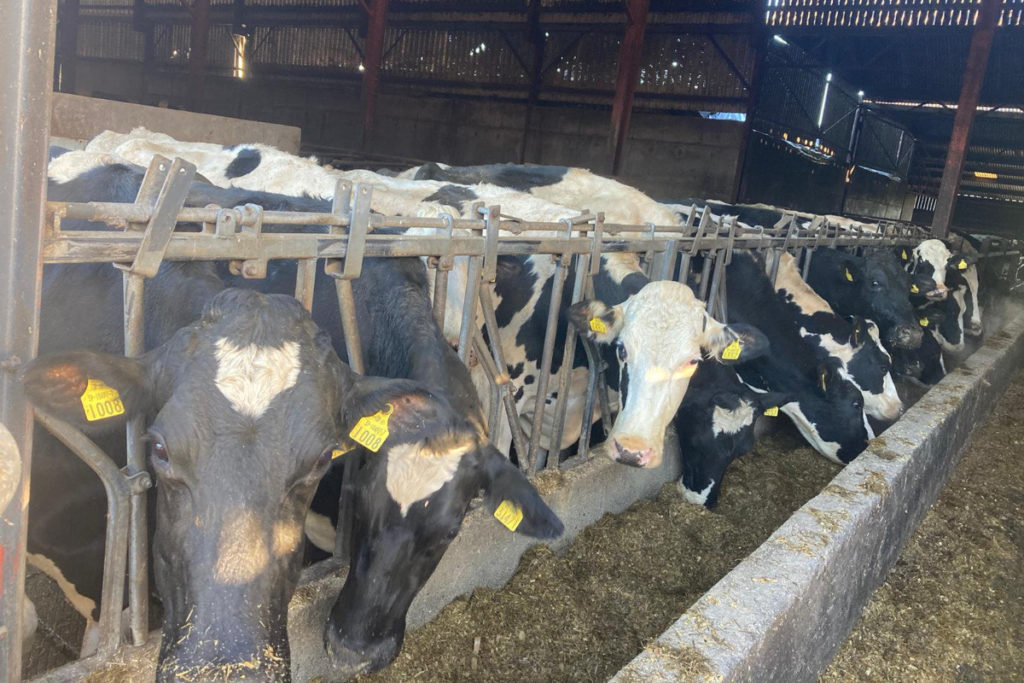 Dermot plans to reduce to 55-60 cows over the next three years, stop renting land, and keep some replacements.

“The biggest issue is that we are now both over 60 with no obvious successor.”

“I would like to see the family-farm unit protected, not these big units leasing out farms and milking 400 cows+.”

“Milk recording should have a huge part to play in eco schemes. They should be identifying cows that produce less than 275 kgs of combined milk solids as these cows are not viable going forward.”

“Thin cows and under-weight heifers, recommended to be milked once a day should also be culled,”  the IHFA breeder concluded.