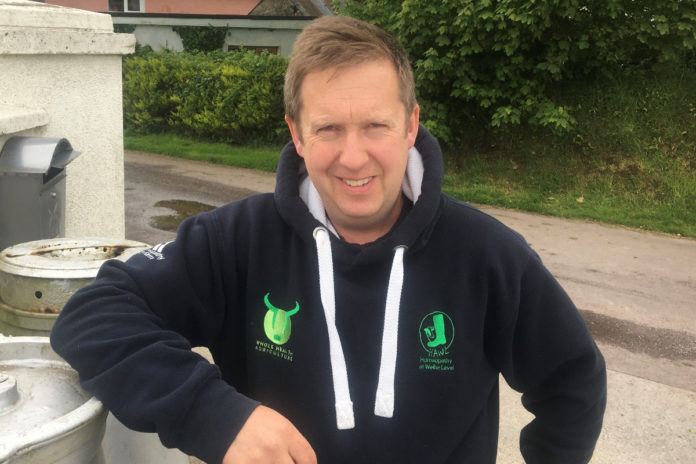 In this week’s dairy segment, That’s Farming, speaks to Pat Aherne, aka the homeopath farmer – a conventional farmer with an unconventional outlook.

Pat Aherne, is located on what is “properly the last piece of farmland” between Cork Airport and Cork city.

He holds the title of being the last farmer in his parish of Ballyphene, a once-thriving farming community and home to the famous CMP Dairies.

He owns a herd of 90 cows under the AnnaMaria prefix, which he named after his two daughters. He is the third generation on the farm, which his grandmother bought in 1958. Pat’s father, Patrick, acquired it in 1970 before he took its reins in 2014.

Dairy farming has been on both sides of the family for well over 200 years, so much so that Pat’s mother brought him to his great-great grandparent’s farm outside Macroom, County Cork.

Pat told That’s Farming: “My mother said: ‘I am bringing you out here to show you where your people came from so as not to be getting a swelled head and to keep your feet firmly on the ground’.”

‘The circle of life repeating itself’

It was a viable lesson to Pat. So much so that his eye caught five milk churns in the overgrowth, and with permission, he took the churns, restored them to their former glory and put them with pride of place outside at the entrance to their new greenfield dairy unit that he constructed seven years ago.

With the abolition of milk quotas in 2015, Pat had looked at the idea of moving and purchasing a new farm and utilising the home farm as an outside block.

When he looked at the figures, and the quality-of-life issues, with a young family, all he could see was “the circle of life repeating itself again”.

So, he received some tax advice from FDC Accounts and constructed a five-year plan.

It was decided not to follow the posse and instead to make a major investment at home. A completely new yard was purposely built under one roof for 100 cows, with a 16-unit GEA milking parlour.

It was not until Pat moved into the new yard that he had worked in for the previous 20 years he “actually had been working in a nightmare”. 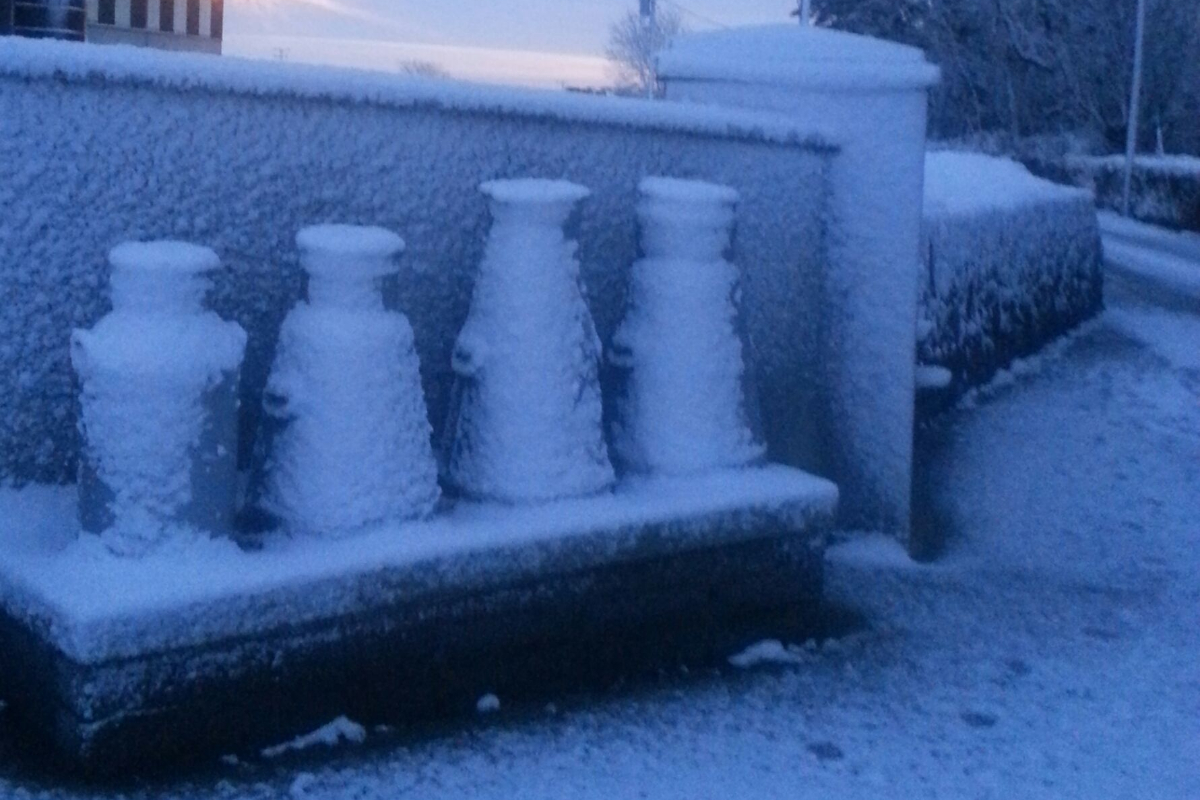 An unconventional approach to farming

He claims no new farm with extra cows was going to surpass what he had just invested in. In recent years, he has reduced to 90 cows as he was beginning to notice that his land could not cope with the pressure, and the drought of 2018 finally made him realise this.

Pat began to explore a more unconventional approach to farming when he had a major outbreak of mastitis about ten years ago, with sixteen cases being treated at one time.

Pat said: “I remember coming into the parlour one morning and feeling like I was going into a war against nature and that I was not winning the battle.”

Amazingly, he did get on top of the issue but swore that he would never subject his cows to the same level of antibiotic treatment again. He said that it was “unsustainable economically, as well as taking its toll on both man and beast”.

By happy accident, he discovered homeopathy in 2010 – an event that would change his life.

Two years later, he was so impressed with the dramatic reduction in his use of antibiotics on the herd that he began to research more into homeopathy.

His herd’s health improved so much that it led to a string of co-op milk quality awards for supplying the best quality milk to Dairygold Co-op throughout 2016.

He has transformed his herd health and fertility whilst reducing antibiotic use through a homeopath approach learned over the last ten years.

He is passionate about a naturopathic approach to his herd of 90 dairy cows and now leads the way in Ireland and the UK as a homeopath farmer.

However, he admits it has been a journey of ups and downs, though. Pat still has cases of mastitis, but he prevents most cases from worsening and improves recovery time just by using homeopathy and holistic approaches. 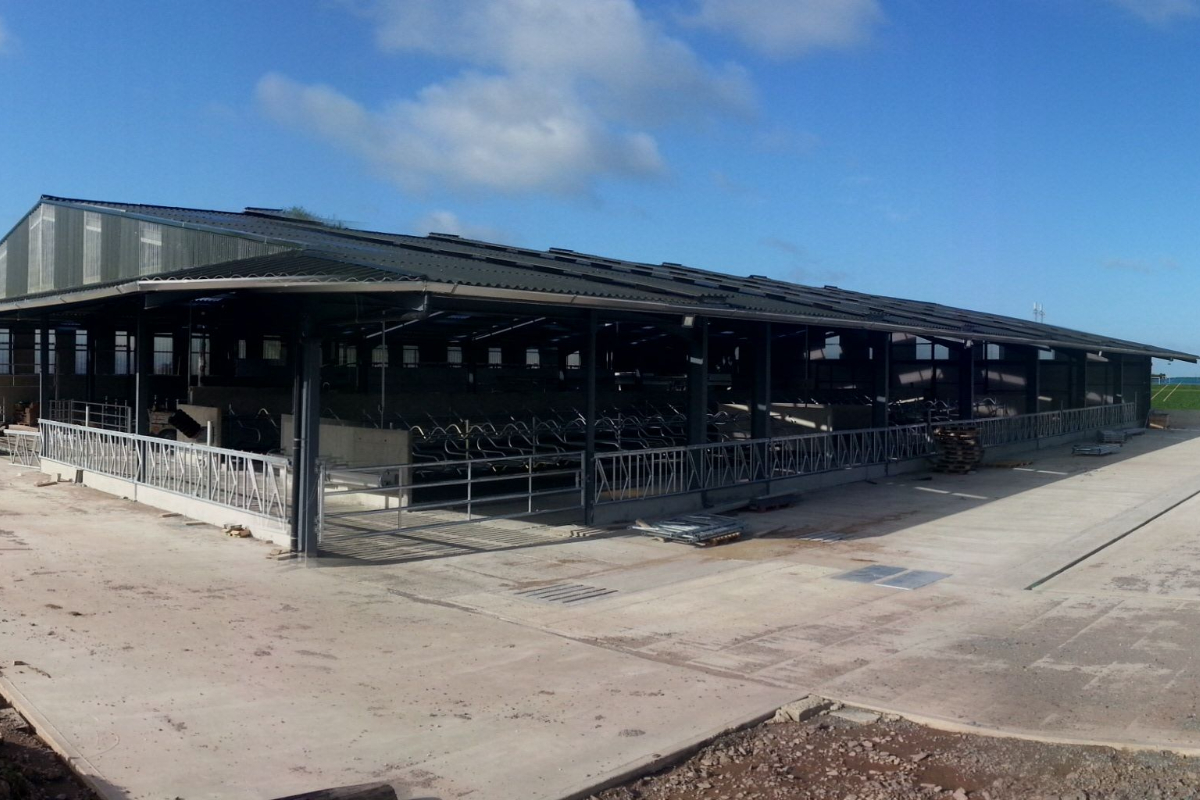 Mastitis outbreak: 100% recovery and no antibiotics

In February 2019, he had another outbreak. The timing was poor for the Cork native, who was juggling balls in other areas of his life.

“I simply did not have enough time or energy to really focus on the situation,” said the dairy farmer. So instead, he leaned on a holistic vet, Tom Farrington and Ainsworths pharmacist, Tony Pinkus, for support.

It was in conversation during this time that the dairy farmer learned it is possible, with correct management, to get through a mastitis outbreak without needing antibiotics but to be always ready to call the vet and use antibiotics.

He used this experience as a learning curve; working with both Tom and Tony, he was able to take note of how he was prescribing and gain more in-depth knowledge.

He got his opportunity to put his experience into practice the following May when a cow had mastitis.

“It was a severe case, but throughout, I kept a close eye on the welfare of the cow. Even the cow with a temperature of 107oC was still giving 30 litres a day, chewing the cud peacefully and eating her cake.”

Alongside homeopathy, he employed Apple Cider Vinegar and probiotics, a bacteria called Lactobacillus, to ensure good gut health for the cow.

Research shows that good gut health is vital to fighting infection. Pat feels that this approach added to his success. In addition, he cares deeply about his herd, and allowing them to suffer is “never an option”. 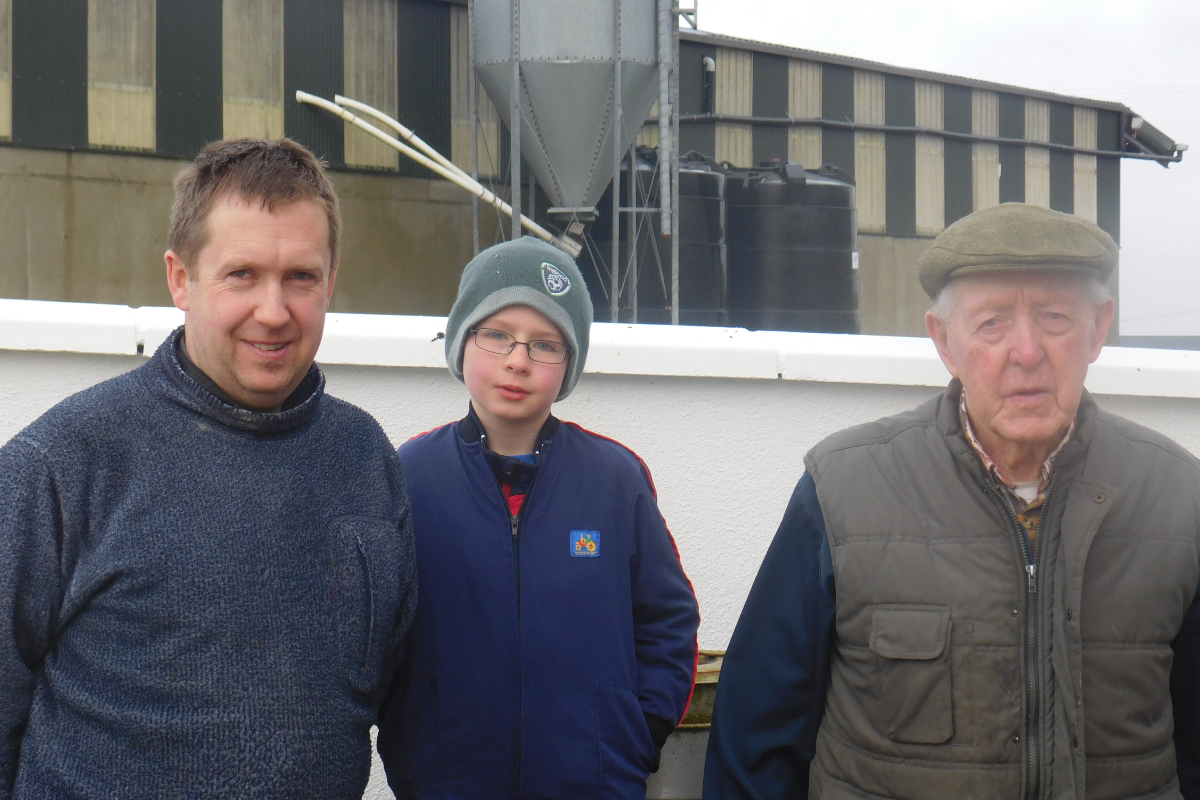 Therefore, he was thrilled to help his cow through her disease of a mastitis infection with a 100% recovery and no antibiotics. His knowledge through these crises was aided by attending a residential Homeopathy At Wellie Level (HAWL) course in 2017.

After that, he collaborated with HAWL assisting in setting the course up in Ireland via the National Organic Training Skillsnet.

They now have 30 Irish homeopath farmers (with another 30 on a waiting list, according to Pat ) and more vets trained to use and understand farm homeopathy.

What is more, is that he has a daily involvement with all these new homeopath farmers on WhatsApp, where they offer each other support and advice on keeping their livestock healthy with minimal use of chemicals.

Written jointly by Pat and his vet, Tom Farrington, it showed a dramatic improvement in fertility following the introduction of homeopathy to his herd. For example, reducing his calving block from 13 weeks to 9 weeks (predicted spring 22’). 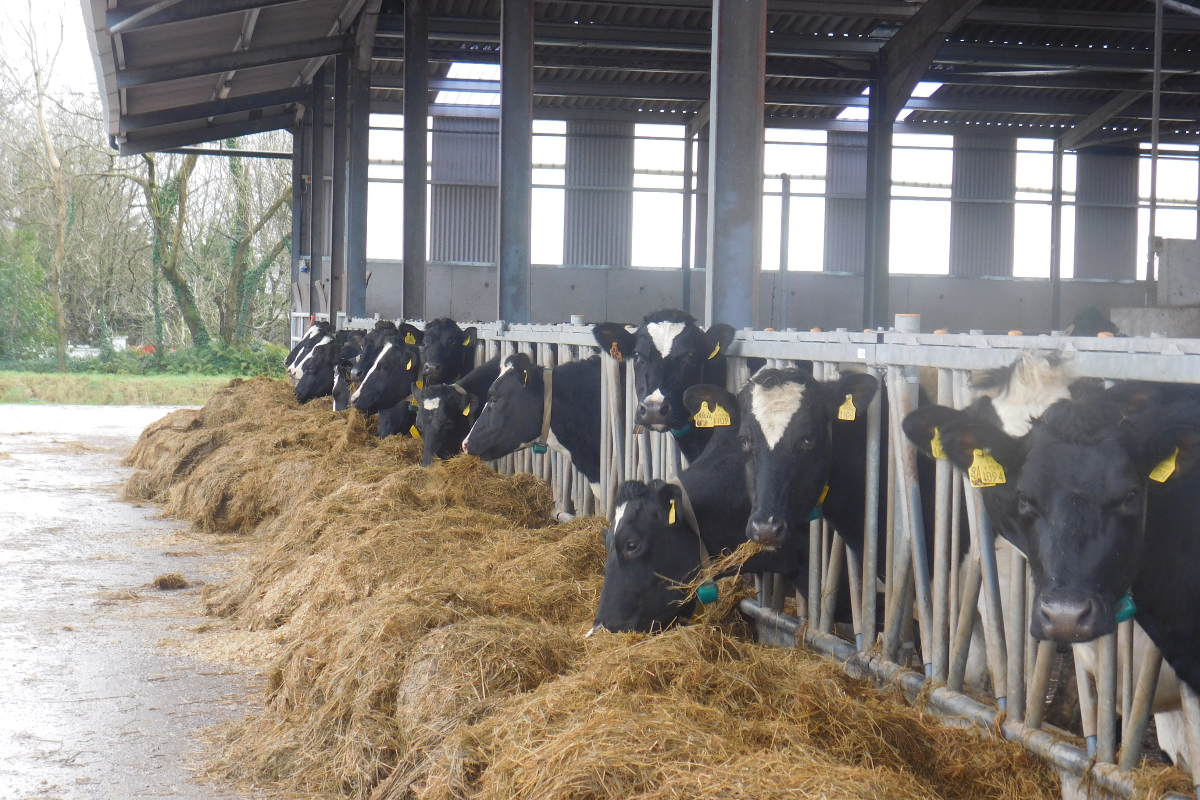 Facebookers can follow Pat on his Homeopathy Dairy Farm page. He regularly shares videos and pictures of his activity, along with two informative interviews.

There is one with a New Zealand homeopath and award-winning farmer, Tracey Simpson, who farms 900 cows with her husband over three farms. She refers to cattle rearers using nosodes effectively on 6-7,000 head of cattle.

The second interview in April 20 is with HAWL vet, Chris Auckland, who discusses herd fertility. Finally, the third and most recent interview is with Pat’s homeopathic vet, Tom Farrington, and conventional vet, Cathal O’ Se of Repro vet Ireland, a specialist bovine fertility service. They discuss a dual approach to herd fertility issues on the farm.

The Cork dairy farmer has discovered that the holistic approach in farming is about growing your confidence and experience.

So, talking to people like Tracey Simpson and Chris Auckland contributes to deepening his learning and understanding of a holistic approach.

- Advertisement -
Previous article
‘We cannot expect Irish farmers to save the planet and bankrupt themselves’
Next article
To wilt or not to wilt?