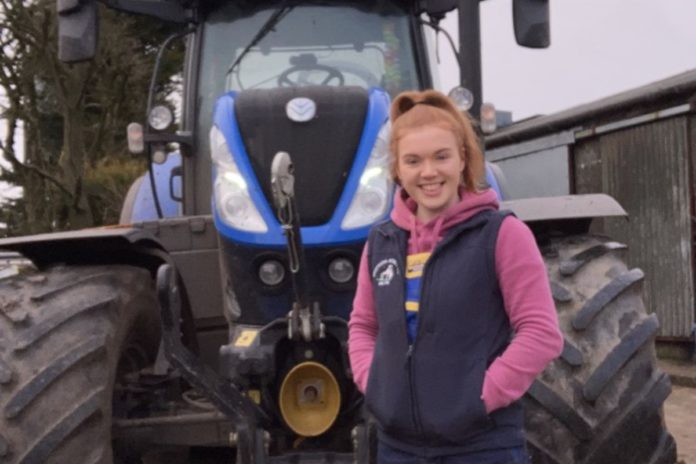 They say, ‘passion is energy’, and that is the case for Kirsten Henry, who juggles several hats as a dairy farmer, relief worker and ag student.

She is one of the chief operators at Forth Holsteins, in the townland of Montober, with her father, Leslie, and brother, Reuben.

Over the last year, the family switched to an intensive system, whereby cows calf and are housed all-year-round to increase productivity.

The family milk the herd twice-a-day through a 9-a-side doubled-up Fullwood milking parlour. Cows are fed using a feed-to-yield system, receiving a TMR through a diet feeder.

According to the young farmer, the herd is averaging 9,000 litres at 4.10% butterfat and 3.25% protein from a concentrate input of 3T/cow.

They rear up to thirty replacements on-farm each year and calve these down in autumn between 25-26 months, with a view to reducing this to 24 months.

They pre-scan cows and heifers before the breeding season to ensure there are no issues, which may impact fertility.

The Henrys AI all cows and purchase semen from World Wide Sires and Cogent Breeding Ltd. “Reuben and I completed the AI course in September 2020. Reuben is currently the main technician as I am studying away from home.” Kirsten told That’s Farming.

The family utilise sexed and conventional Holstein semen and place emphasis on milk production and milk components, in particular, when selecting sires.

“We use an Aberdeen Angus bull to sweep the problem cows. From experience, we find Angus easier on them in terms of calving ease, and also, they produce high-quality calves.”

“We teat-bucket rear our calves; each calf receives their dam’s colostrum for the first three days and then milk replacer for sixty days,” Kirsten added.

Along with taking charge of their own AI, the family undertake most machinery work with their JCB TM310s telehandler, New Holland T7.210 and 6820 John Deere. Besides, they enlist an agricultural contractor’s help for up to three cuts of silage annually. 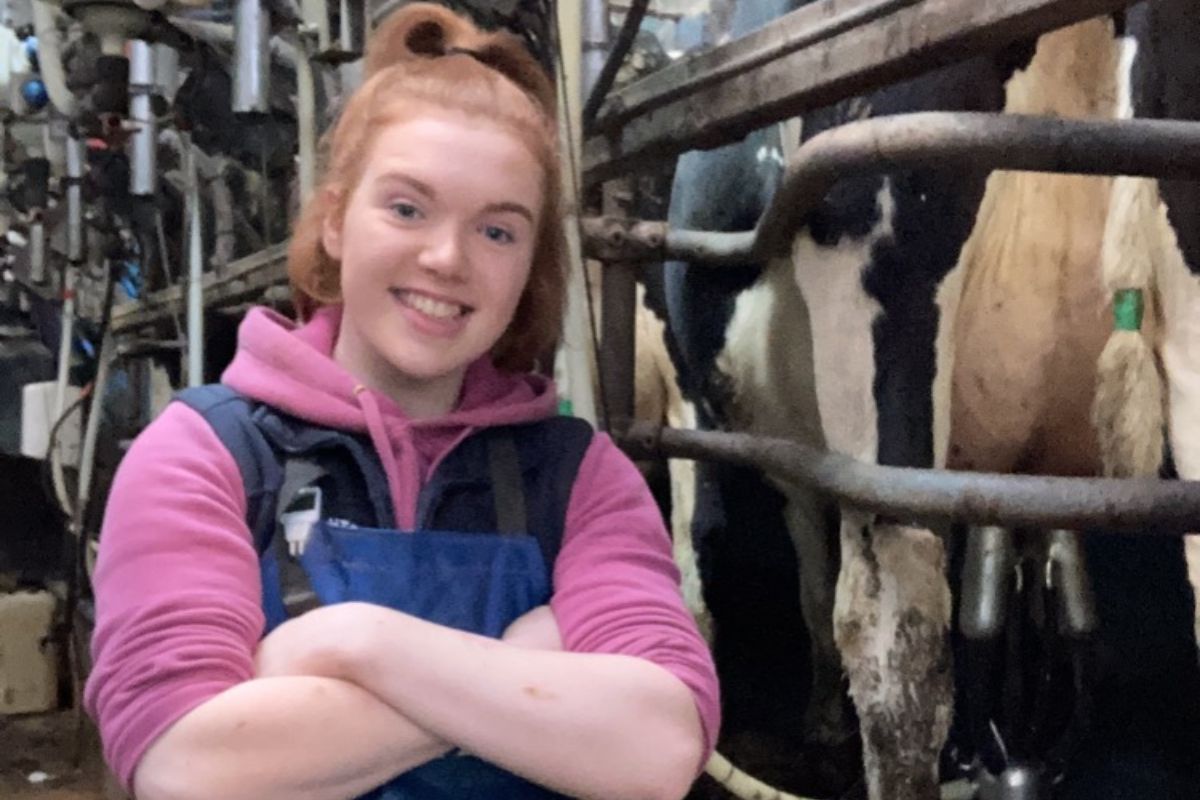 Kirsten may be involved in all aspects of the farm, but she is most passionate about the farm’s breeding programme and introducing new genetics to the herd.

“I have purchased three pedigree Holstein heifers of my own. They are Apollo Naomi, Rager-Red Rose, and Bombay G-Dot, all of which have brought new genetics into our herd.

“Truthfully, I am an all-rounder on the farm. From the milking parlour to the cab of the tractor, you could find me anywhere!”

“A day on the farm involves milking twice-a-day, calf rearing, feeding cows and doing the ‘daily reading up’. Then, it is carrying out the main jobs, which could be livestock or tractor work or the odd fixing-up job. Then, it is back to the evening feeding and milking.”

“From a young age, I have had cows on the brain, milking alongside my dad. Feeding calves and cows with him are my earliest farming memories, and since then, he jokes that I have ‘cowitis’.” 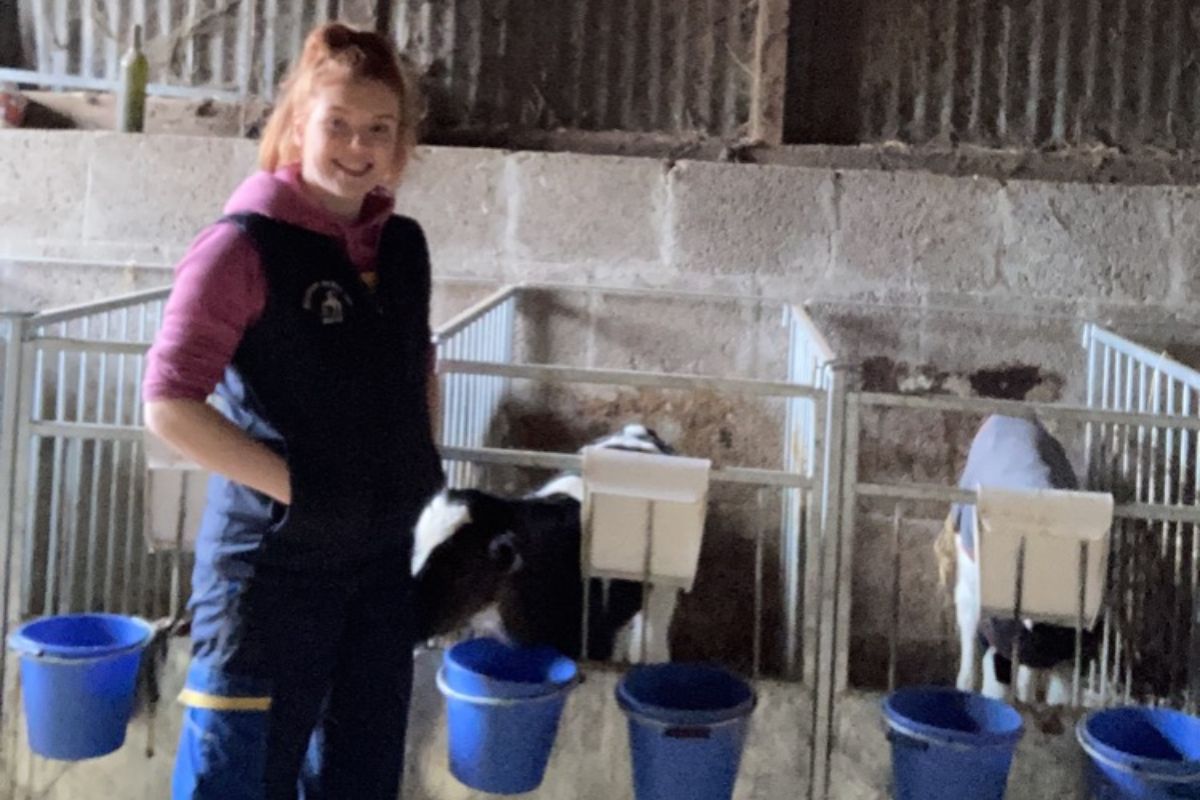 After completing her GCSEs, Kirsten progressed onto CAFRE Greenmount, where she undertook a three-year course, BTEC Level 3 Extended Diploma in Agriculture, which involved a 52-week work placement on a Down-based enterprise.

The Tyrone native is now completing a BSc (Honours) in agriculture at Harper Adams University, Shropshire, England and will graduate in 2024.

“Student life during COVID-19 is very challenging, but we will get there. Covid-19 resulted in my final year at CAFRE Greenmount being cut short.”

“We were sent home from college until further notice and had to complete all work at home. I began my studies at Harper Adams University in September 2020 and was there for ten weeks.”

“Then, we returned home for our Christmas break and still have not returned due to the national lockdown. We carry out all work online.”

“The course itself is four years and includes a work placement in year three. It offers modules in every aspect of agriculture, such as nutrition, bioscience, and animal production systems.” 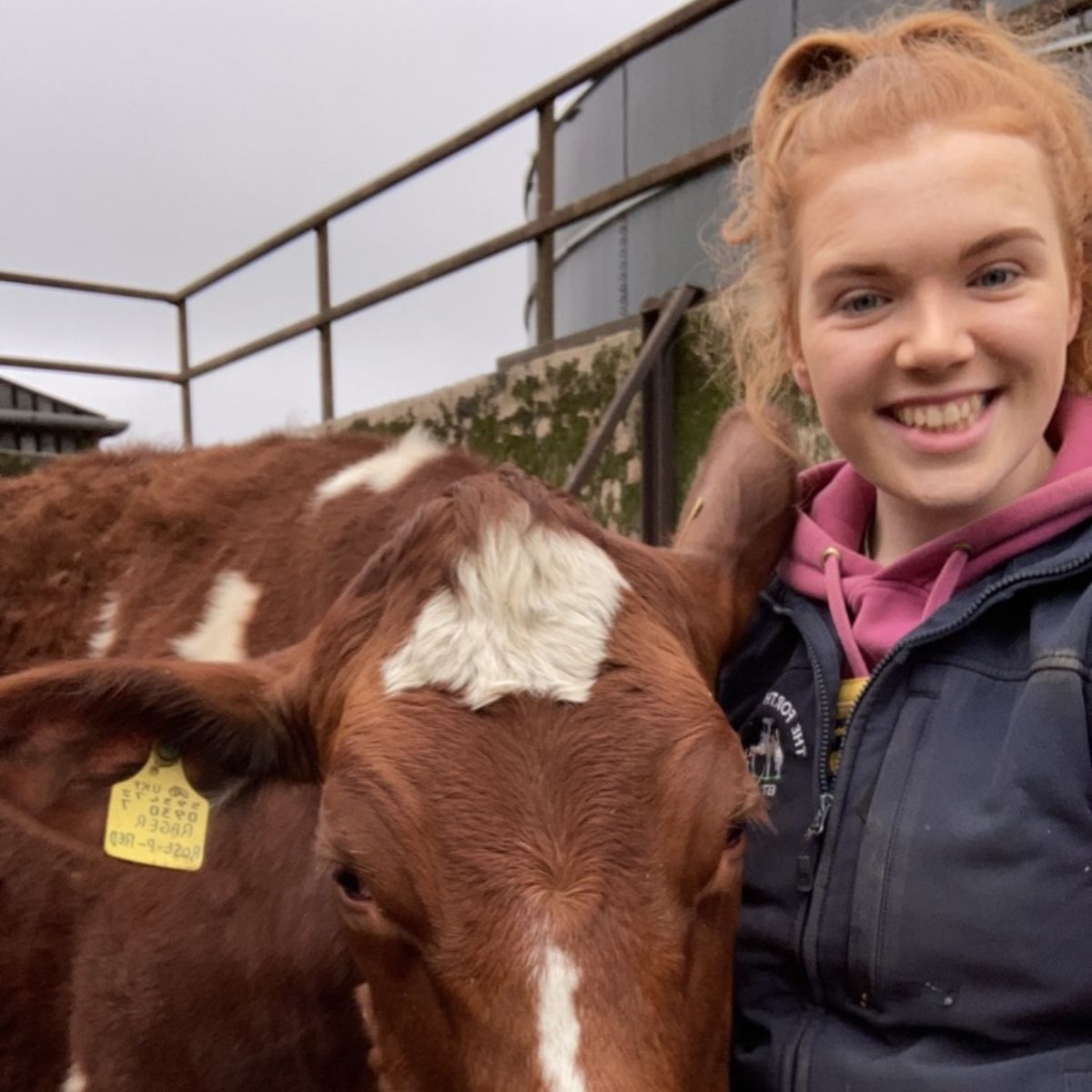 Coupled with her commitments farming and educational commitments, the Moneymore Young Farmers’ Club member also undertakes relief work on other enterprises, one of which comprises 850 cows. “I can be on all farms in the one day, so, at times, work can be pretty hectic alongside university work.”

“Furthermore, I relief work on a farm where I have been one of the first female farmers to work there. I am the only female tractor driver, so I have big boots to fill most of the time.”

“Additionally, when carrying out my placement for CAFRE Greenmount, I was the first girl to work there. It was a rewarding experience because the farm owner had three daughters, who quickly became my three little ‘sisters’. I was a big influence on those girls by showing them that girls can farm too, and now they are their dad’s main workers.”

She instilled a simple philosophy in them: “Work hard, dream big and never give up”, eight words that act as the driving force behind her own future endeavours.

When she graduates, she intends to carve a career in the area of ruminant nutrition or bovine genetics and longs to own her own robotic dairy unit.

“Being a woman in agriculture is very rewarding. I have been farming since I was no age, and I do not plan on stopping either until I reach my goals,” she concluded.