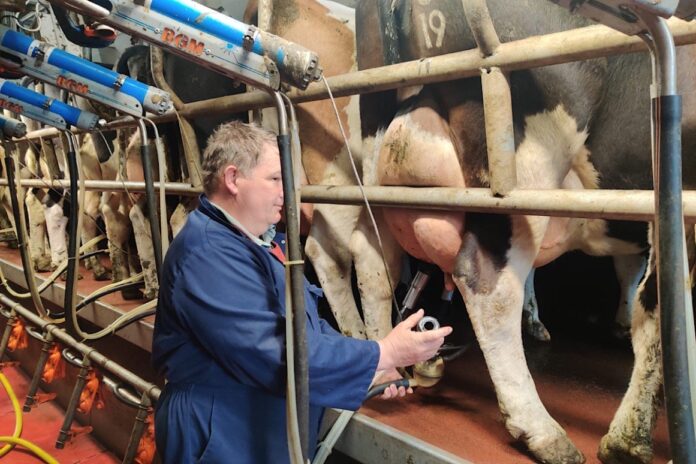 Patrick and Michael Quealy from Waterford never wanted to do anything other than farming. They have worked on the family enterprise together since the early 1990s.

Their farm consists of 170 British Friesian cows over 500-acres of grassland of owned and rented land.

They continued to farm with their father, Michael, and later entered an official farm partnership after their father passed away in 2002.

In the late 1980s, the family bought Friesian heifers and calved their cows using Charolais and Simmental sires and finished them to beef.

However, in the early 1990s, they switched to complete Friesian breeding, kept their replacements, and ran beef-sired bulls.

In 2006, the brothers graded up their females to pedigree through the IHFA grade-up scheme and established Grenan Pure Friesian.

The brothers always maintained records of their cows dating back to the late 1970s, making the switch very easy.

The family established the herd by breeding their replacements yearly and making two purchases in England later in their pedigree breeding journey.

These investments include two cows from the Langley Park Farms dispersal sale and two cows at the Beaufort Friesian clearance sale.

The main cow family’s in the herd are Aifie, Bea, Adele and Cait.

Their ideal cow is medium-sized, classifies well, is robust, has good conformation, has good legs and feet, is functional and has good longevity.

“We like the British Friesian breed because we have a good animal for the beef,” Patrick Quealy told That’s Farming.

“In our view, the value of the male offspring and the quality of the offspring is a big plus. They tick all the boxes regarding what we want.”

The family resumed expanding their herd after the abolishment of milk quotas in 2015. They built their herd from an initial 100 females and built their cow numbers using replacements annually.

“We have no intention of milking any more cows even though we have a land base to milk more cows. I prefer to milk 170 good cows than 200 mediocre cows.”

According to Patrick, they achieve the above performance figure using 1t of concentrates. 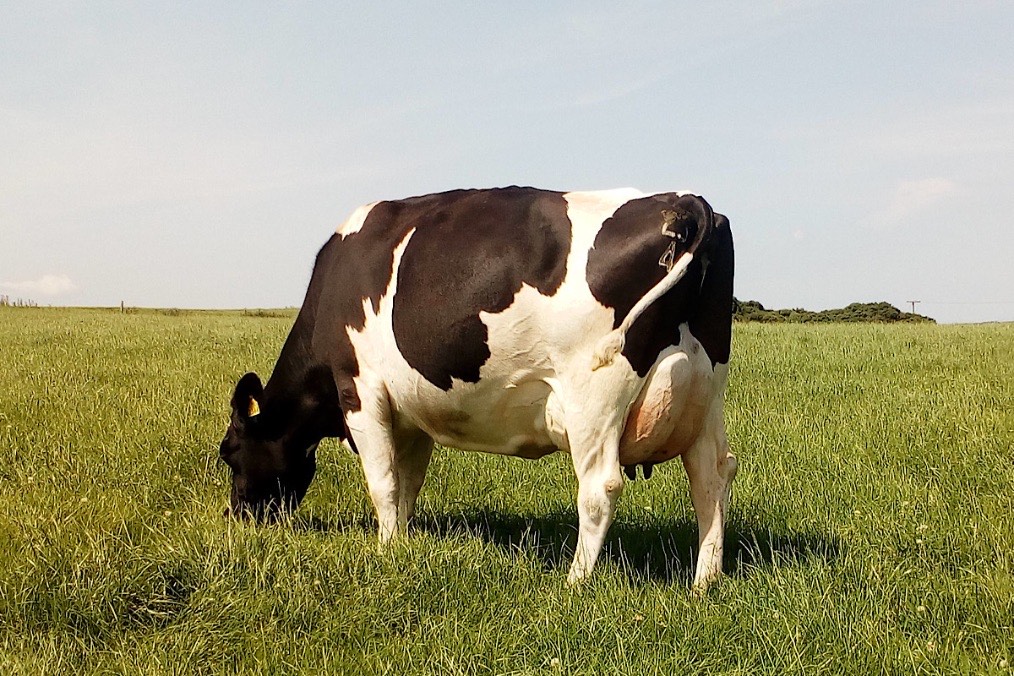 The brothers use 40% conventional AI on their herd over six weeks and introduce seven British Friesian stock bulls for serving maiden heifers and for mopping up.

They send groups of 25 heifers to stock bulls. They select the groups based on the breeding of each female.

“As a pedigree breeder, I feel AI companies should do a lot more to get diversification into the gene pool out of the Friesian breed.”

The brothers calf their herd from January 10th to April 20th as it was a practice used by their father and due to grass growth.

Patrick finds once they choose the right genetics for cows, they have “minimal” calving intervention.

They opt for 24-month-old calving for heifers. “In our opinion, heifers are matured nicely and are at a nice size at that age. However, they get too big at three-year-old and can get overfat, so we keep them moving along.”

“In my opinion, two-year-old is the only real-time to calve them.”

According to the brothers, the herd’s calving interval is 367 days, and they use a calving camera to monitor cows calving.

The longevity of the British Friesian breed allows the brothers the option to selective cull cows on fertility, legs, feet, and age. They send culled cows to Dawn Meats, Grannagh.

Patrick and Michael retain 30 heifers each year, sell excess heifers on-farm, “a big part of the business,” and sell a small select number of 6-10 bulls for breeding privately.

In addition, they also send Friesian bullocks to the factory.

“I only sell stock bulls that would be good enough to keep for myself.”

“I find there is good demand for British Friesian heifers. Over the last couple of years, I found we had a good few new-entrant dairy farmers buying stock off us.”

“So, it is great to see that younger people getting into cows choose to go for British Friesian cows.”

“This year, I sold a full herd of cows to one person, a new entrant dairy farmer, and they bought all their foundation stock out of our farm.”

The Quealys will host the Irish Pure Friesian national open day on their farm on July 21st, which will also include a sale of “top” heifer calves and in-calf heifers from their herd on the day. 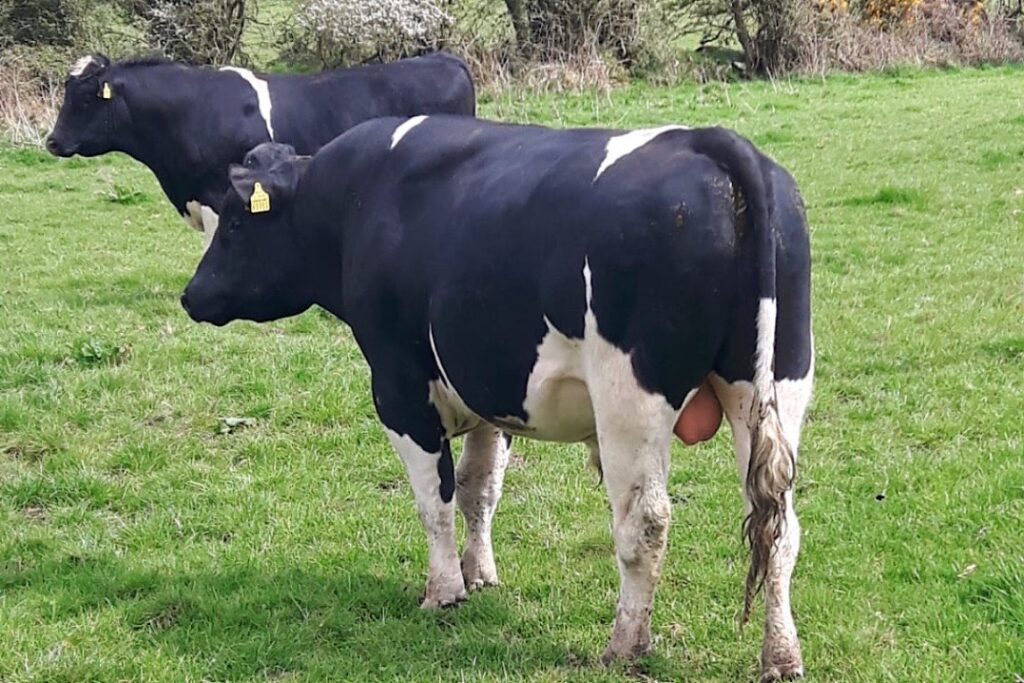 According to the brothers, Grenan Cita 3469 was champion of the IHFA All Ireland award Irish Pure Friesian heifer in milk 2021.

In addition, they also have shown successfully at Iverk Show annually, which “is a big part of the year and a great family day out” for Patrick, his wife, Sinead and daughter, Jo.

In 2019, his daughter exhibited a bull calf, Grenan Shamrock, which came second at the show. This bull went on to become a stock bull through an on-farm sale.

Their miking platform is split into a rotational grazing system with a 1.0 LU/HA stocking rate.

They applied for a derogation because of the above stocking rate. “We have to work with the parameters set for us.”

“There are lots of rules and regulations, but if you want to be farming, you have to abide by them. That is just the nature of the beast.”

They used a 14-unit Power milking machine before this installation, which their father fitted as a 6-unit in the 1960s, which they made changes to.

Other farm infrastructures include calf housing, a slatted shed for cattle and cubicles for 250 dairy cows. 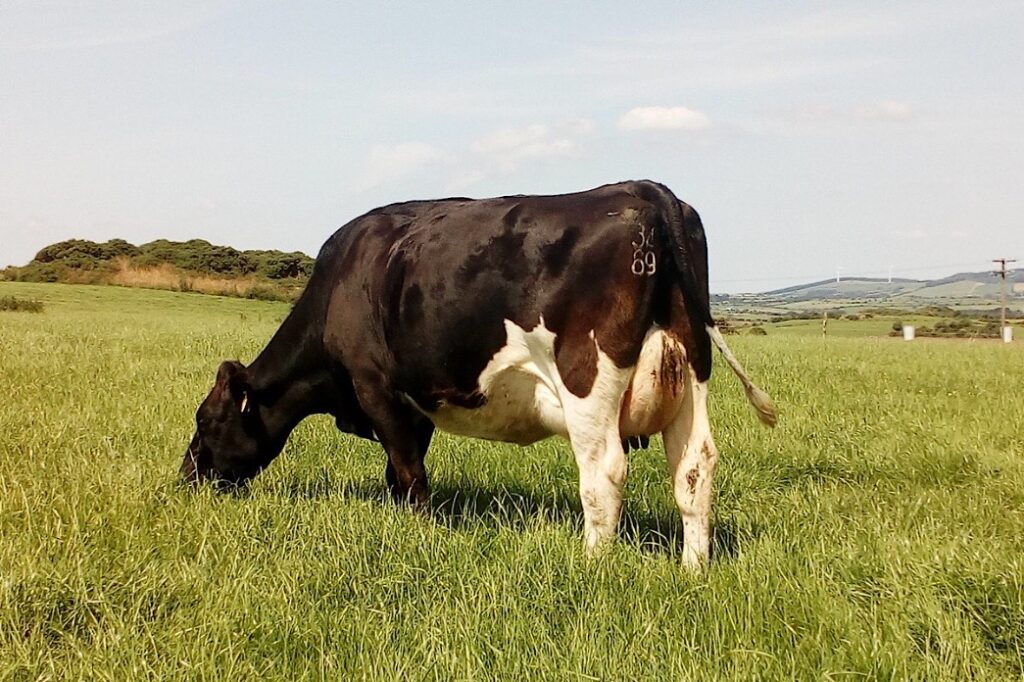 Challenges and the future of Irish dairy farming

They said every day is a challenge in farming and highlighted input costs are “skyrocketing” and the fees associated with cutting pit silage.

“Labour availability is a challenge. So, that is why family farm units are probably a better model than some of these big 400 or 500-cow herds.”

The brothers said they want to keep doing what they are doing and are happy with their current farming system.

They have no “big” plans for expansion. “You have to live outside of farming, too; you cannot be a slave to it.”

The brothers aim to reach 600kgs of milk solids and continue farm improvements.

They believe “dairy farming has always been a successful business” and said, “there is no reason why it will not be successful or profitable in the future”.

Furthermore, they added milk price is good only for input costs. They believe there will always be a demand for milk because it is one of the world’s most “nutritious and versatile products”.

“I feel the dairy industry is missing a trick regarding the animal type that is being bred.”

“Because we are breeding British Friesian cows, I firmly believe in their genetics, and that animal is the animal that should be more widely used.”

“In my view, with the cost of the welfare of offspring and perception with animal welfare, we should be breeding better calves; we would not have the same problems with unwanted male offspring if we are breeding better-quality cattle,” the dairy farmer concluded.

- Advertisement -
Previous articleCattle to €1,750 over the kg and spring lambs to €171/hd at Raphoe
Next articlePrices from €5 to €2,810 in ‘buoyant’ trade at Castlerea