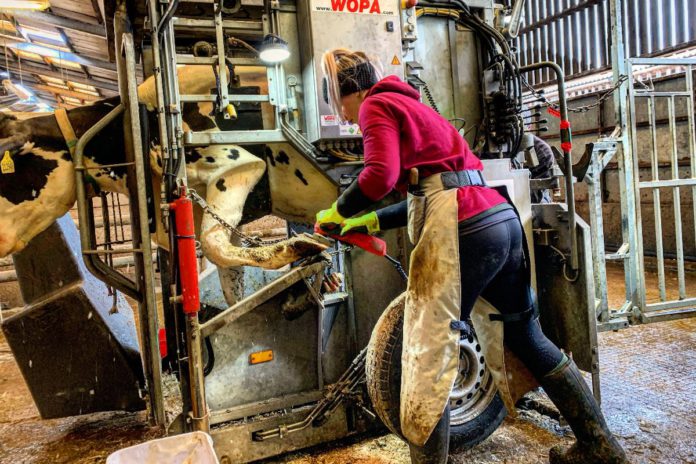 ‘I am proud to be one of few female hoof trimmers’

In this week’s Women in Ag segment from That’s Farming, Sophie Mitchell-Smith, one of few female professional cattle hoof trimmers, provides an insight into her working life and her views on women in agriculture.

An agricultural-related career seemed like an unlikely choice for Sophie Mitchell-Smith, who was not born into a farm and grew up in a semi-urban area.

She considered joining the police and was accepted as a special constable with Greater Manchester Police in 2010 for two years.

However, she decided “it was not for me and to not pursue as my farming interest was stronger”.

The 29-year-old, who hails from Greater Manchester, continues to work alongside her father, trimming in 600 cows a month, primarily on dairy farms.

Sophie’s passion for farming stemmed from Richard, who spent time on his uncle’s dairy farm in his early years. Sophie’s parents then subsequently spent their whole career in dairy farming, managing farms/relief milking until venturing into hoof trimming.

“When I was seven or eight, I used to go along with my dad when he did relief milking, and that is where my farming interest started,” she told That’s Farming.

My enthusiasm for hoof trimming started when I visited the farms that my parents went to, and I saw the benefits to the cows from the work they did. This then became my passion as I started to become more involved and seeing the results of my own effort.” 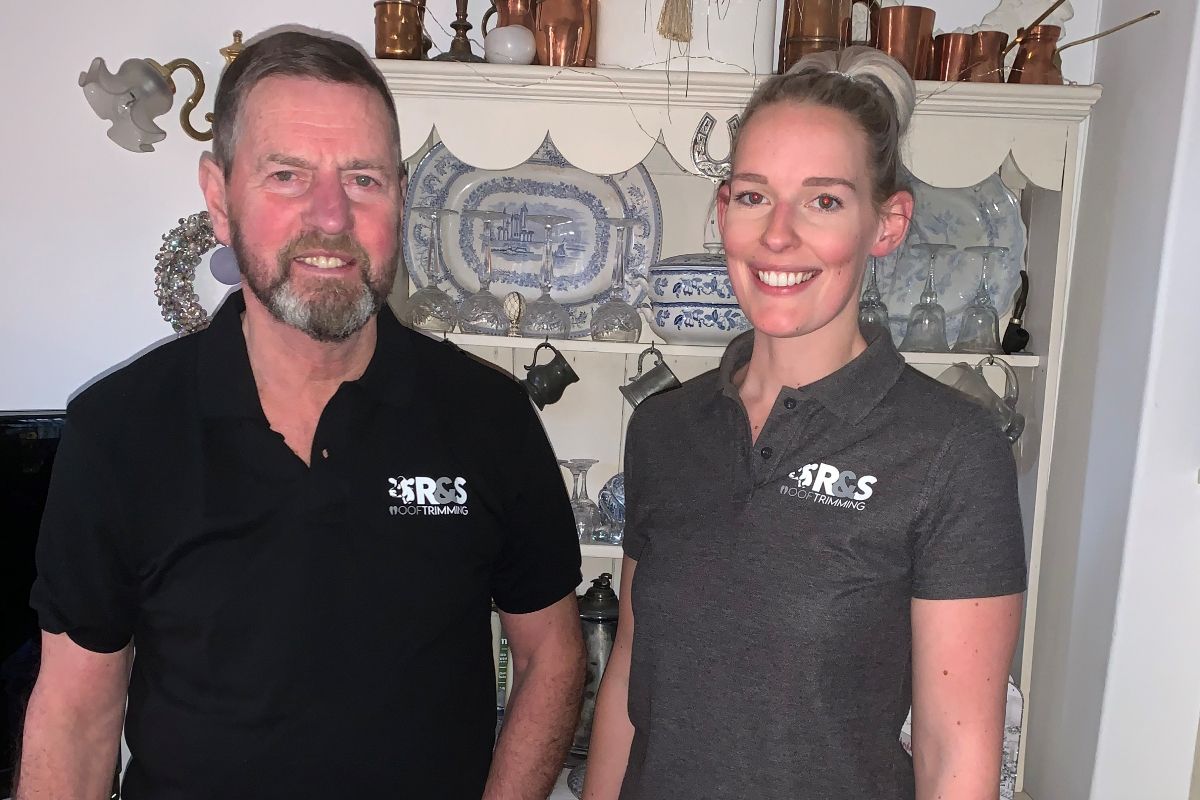 Sophie successfully attained her Dutch diploma in 2015, which makes her a category one hoof trimmer. Furthermore, she also attends a bi-annual check day to ensure her trimming and knowledge are up to standards.

The father and daughter duo utilise a mobile SA61 Wopa crush, which enables them to handle the cows we trim safely. They use a combination of grinders and hoof knives to trim cows’ feet.

The father and daughter duo cover dairy farms comprising up to 1,000 cows in Cheshire and Derbyshire and some farms closer to their home.

“A typical day would involve going down the motorway and travelling an hour to most of our customers down in Cheshire. The current Covid-19 lockdown, has made travelling so much less stressful and less tiring.”

“The first job when we arrive is to get a brew made and talk to the farmer about the weather, milk price and how the cows the doing. Then, we get stuck into preventative and curative trimming!”

“I like everything about the job, but the thing I love most is seeing lame cows being made better with healed up feet.”

“Animal welfare is an important part of our work. We like working as a team, with farmers, vets, and nutritionists to decide the best choices for cows. Sometimes handling the cattle can be dangerous and a bit stressful but working as a team helps minimise this.” 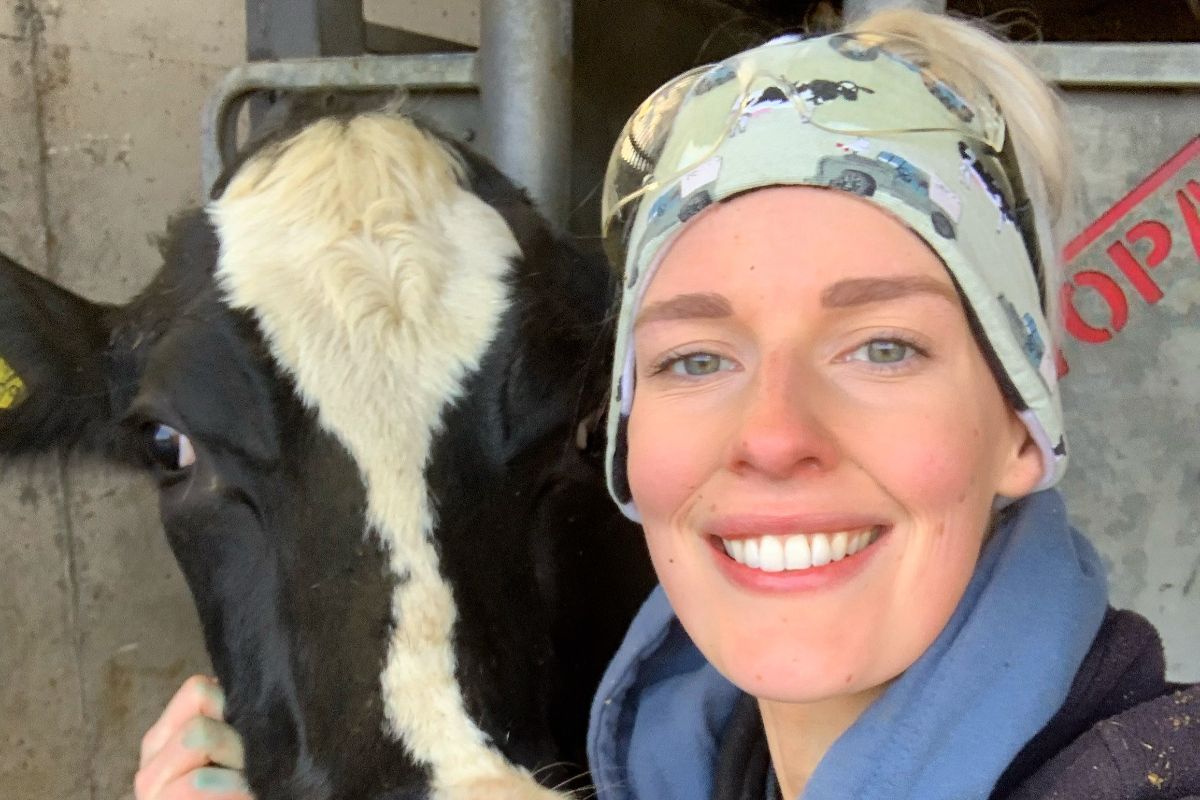 She joined the platform over one year ago to “share our work and show its importance”.

“This has given me the chance to speak to people in farming that I would not have been able to before. I get to see other women documenting their life in farming, and it is fantastic to see.”

“I am proud to be one of the few female cattle hoof trimmers as I have proved to myself that I can do this hard, physical job just as good as the men can.”

“Hoof trimming is quite a male-dominated line of work, but women should not be worried to try something that bit different; it is a very rewarding job.”

“Speaking personally, I have never felt like I have been treated differently. All our customers and their staff have been nothing but friendly towards me; if anything, a little impressed! I think if people turn up on-farm that have not seen us before when we are there might be a bit surprised as you do not often see a girl hoof trimming.” 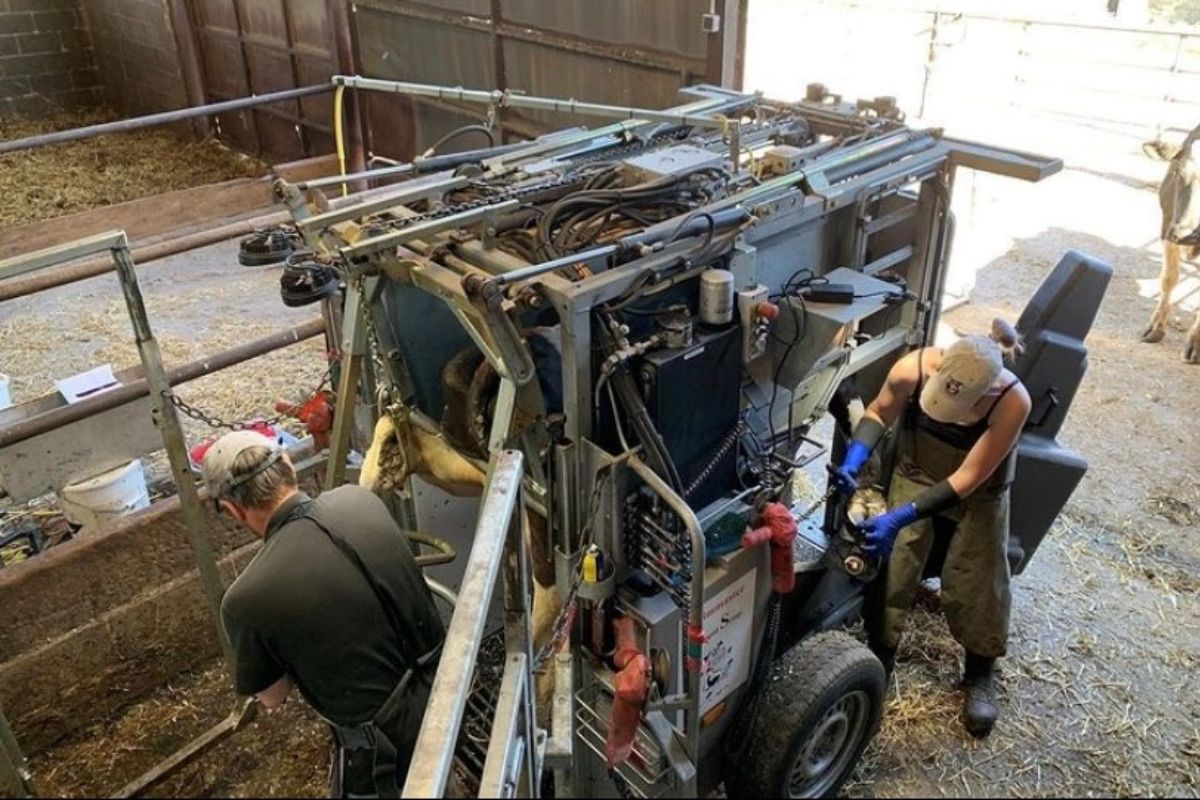 And with that said, Sophie hopes to carry on her father’s professional cattle hoof trimming tradition into the future.

Although this is a career she did not consider immediately from the outset, she has no regrets. “I grew up in a semi-urban area, most of my friends were not farming-minded, and my siblings never showed interest either.”

“To be honest, I always thought I might have done something different. However, as my interest and involvement grew, I knew hoof trimming was the job for me. I could not imagine doing anything else.”

“I have thoroughly enjoyed my time in agriculture as a female hoof trimmer. Notably, I have no regrets in pursuing this career in hoof trimming, and I look forward to what the future holds!” Sophie concluded.

- Advertisement -
Previous article€169,000 for 150-year-old cottage capturing ‘charm of bygone days’
Next articleGrowing protein crops – everything you need to know