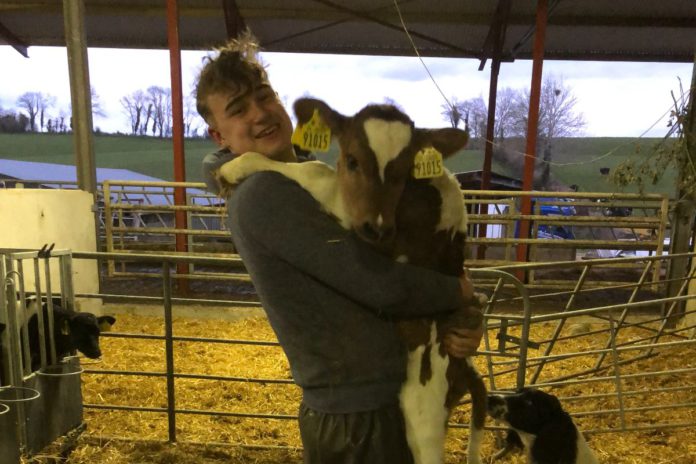 Downsizing from 140 sucklers to establishing a 200-cow dairy herd

As part of this week’s dairy segment, That’s Farming speaks to Lloyd Hastings about his family dairy farm in Cavan.

19-year-old Lloyd Hastings divides his time between his family dairy farm in Crossdoney, Co. Cavan and his dairy business studies at UCD.

He farms alongside his father, Arnold, mother, Martina, on a holding that his late grandfather, Percy, purchased in 1954.

Initially, the farm was involved in dairying; however, it ceased milk production in 1998 after Percy passed away. It was converted to a drystock enterprise as Arnold was committed to running his haulage company. 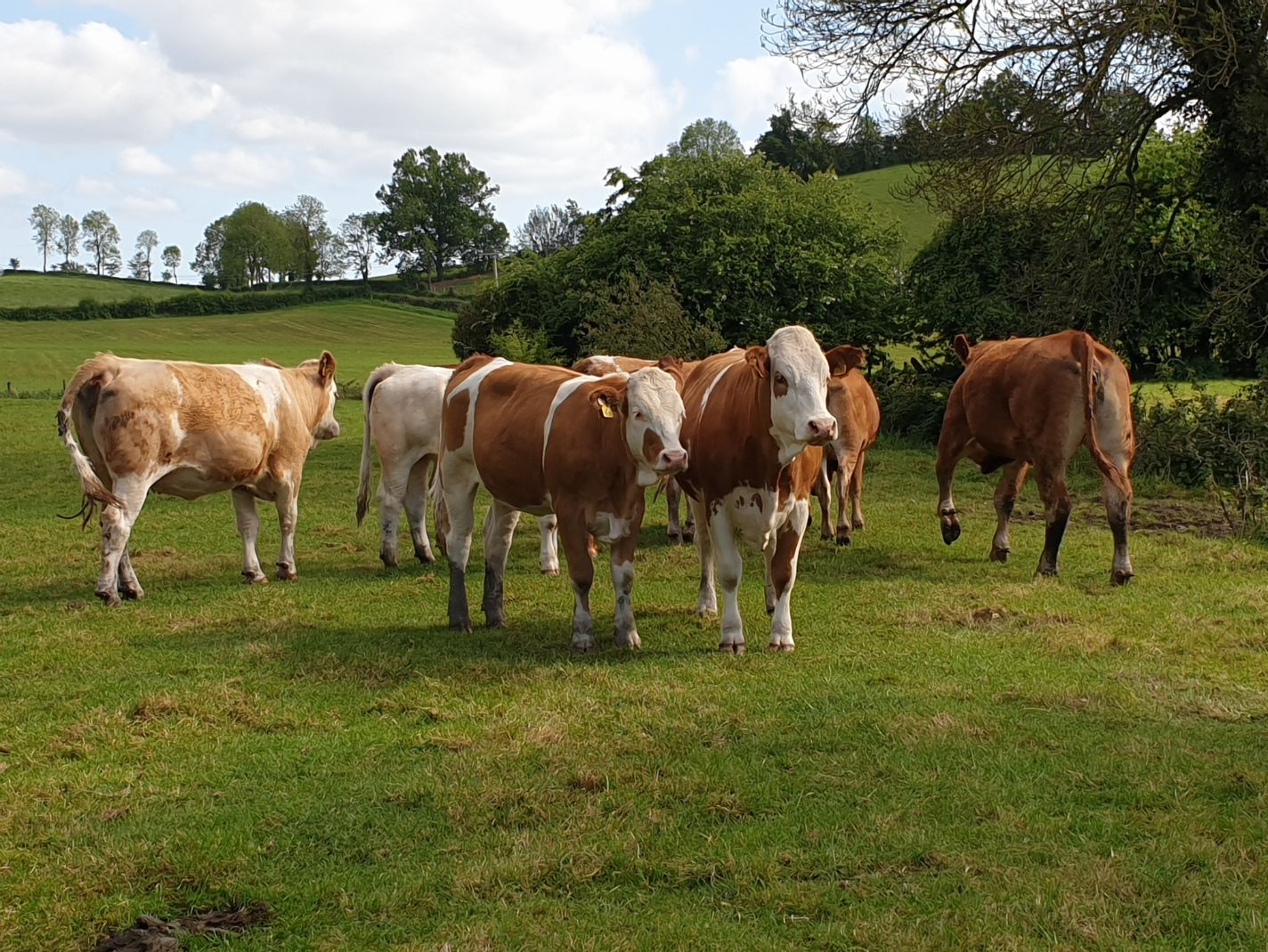 However, in 2019, the family decided to switch from a suckler-to-beef system back to dairying. They purchased 60 heifers and 25 calves from Cork with the help of their Lakeland advisor and a family friend.

In July 2019, work commenced with the construction of a 300 feet tank, beside tanks already in place from their old beef unit. They stripped the original creep/beef unit and left support girders and began putting in Easyfix plastic cubicles to increase cow comfort. 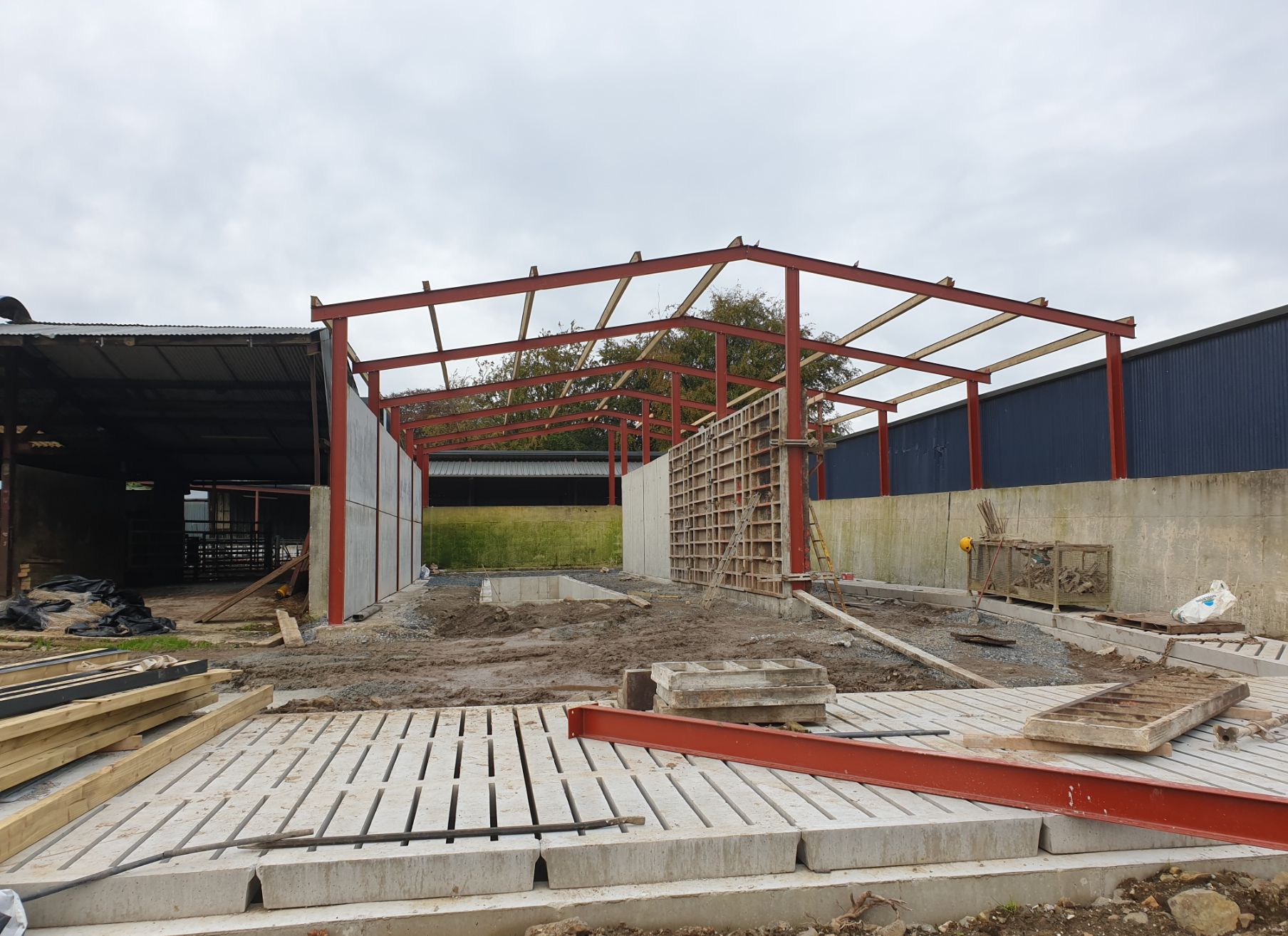 “Our decision to switch to dairy was influenced mainly by the uncertain future within the beef industry. We had 140 suckler cows. They were a mix of commercial and pedigree Simmental and Limousin females, of which we sold the majority, with only twenty-five remaining.” Lloyd told That’s Farming.

“Those remaining are our top cows which we could not part with. When February came around, we were calving down our 60 heifers along with additional stock we had purchased. To conclude, the year we were milking 90 cows.”

“However of these 90, we are only milking 35 of the late calvers/empty cows now. This year, however, we will be calving down 160 stock in spring and around 50 next winter.” 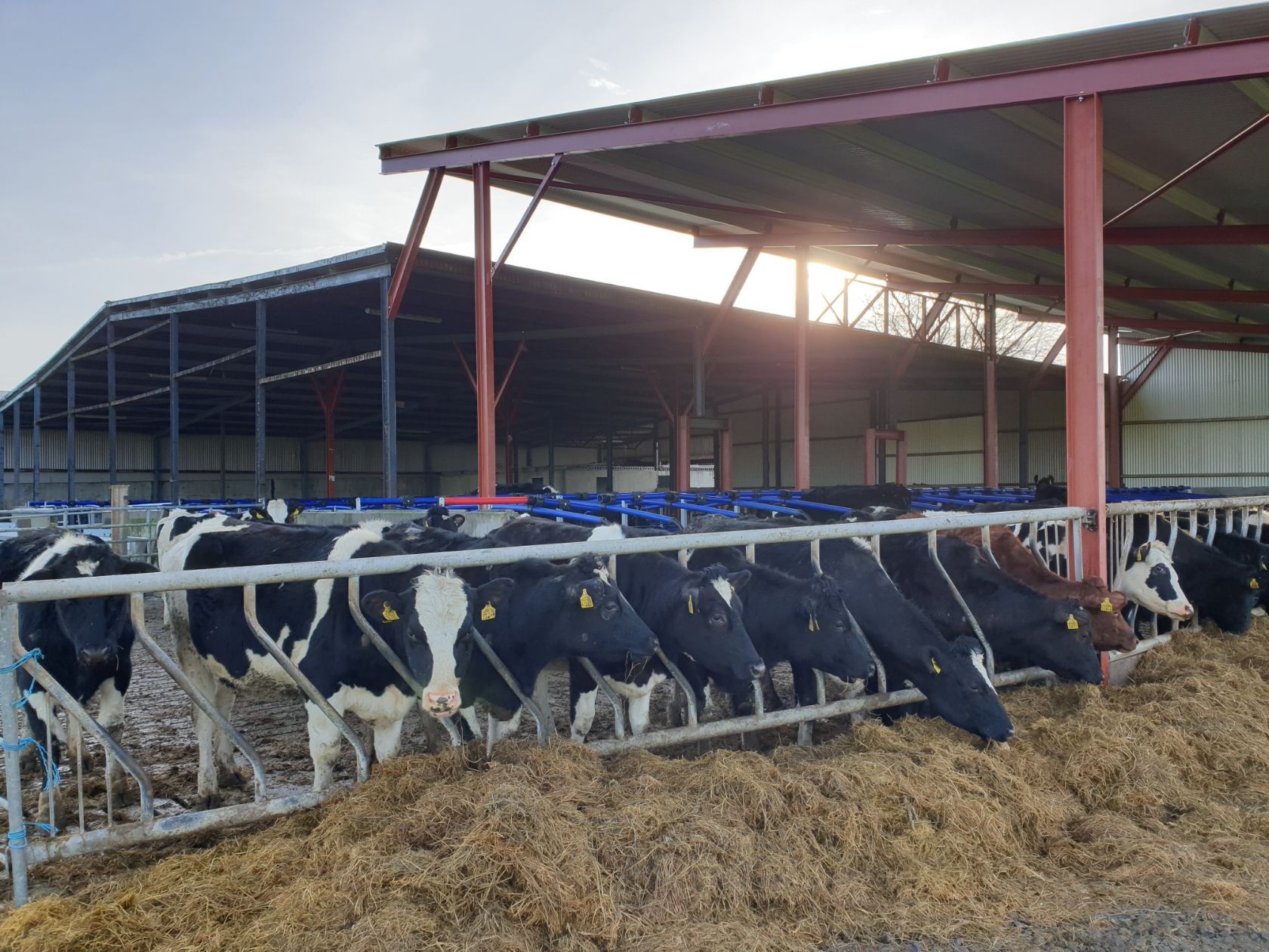 The Hasting’s preferred cow-type is a crossbred high-EBI animal (herd average of €180) that performs well off a mainly grass diet.

“We left the bulls with the cows until around mid-July to mop up any cows that weren’t in calf to AI sires. Then, we bought around 50 breeding heifers and 20 calves from Wicklow Calf Company in August and let the bull with these in mid-September so we will be producing winter milk next year.”

“These animals were imported from Germany and have excellent figures behind them. We dried off most of our milkers in the middle of December.”

They sold all their bull calves to Wicklow Calf Company and will continue to avail of this service as one of its calf collection points is near the Hasting’s farm. 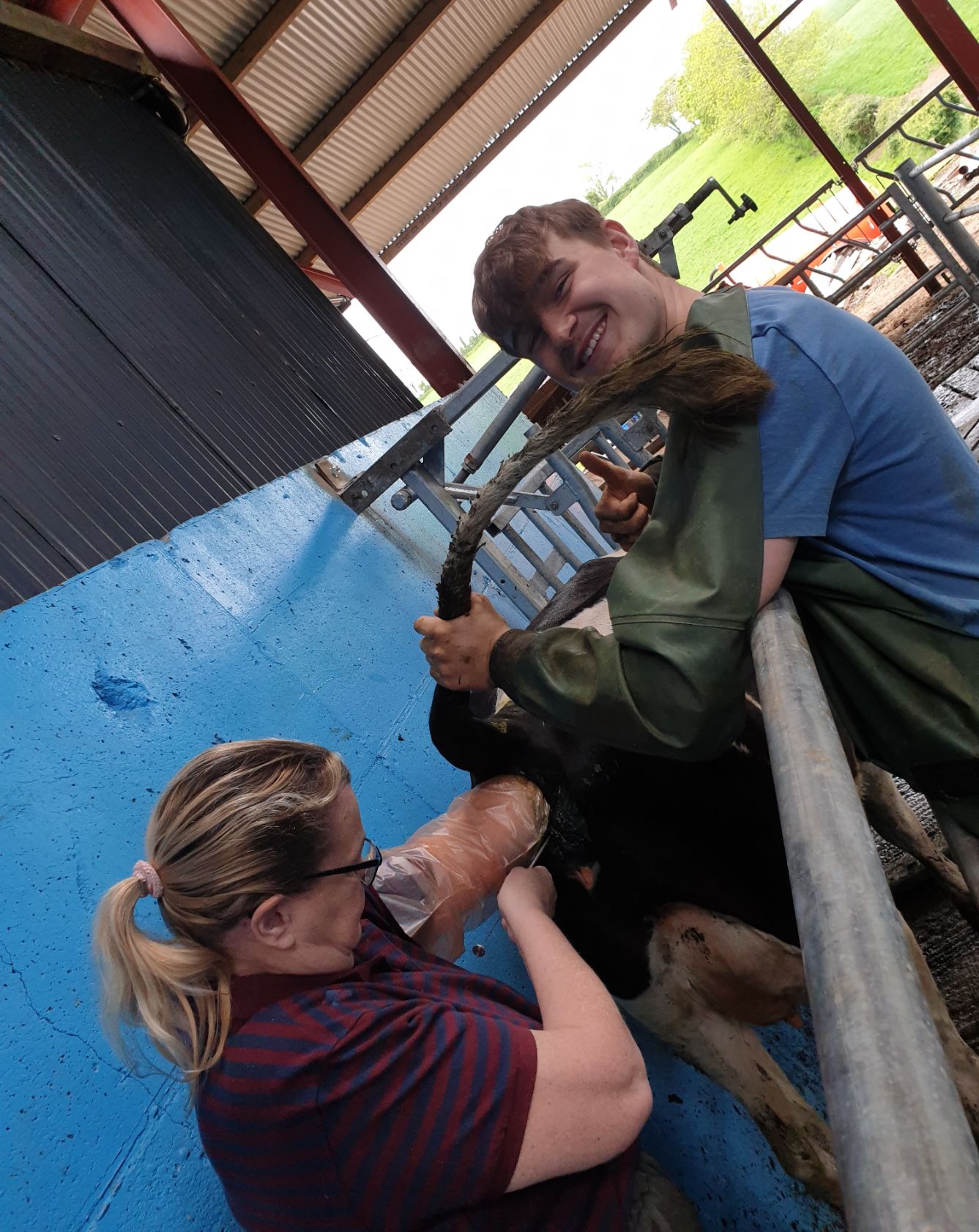 In 2020, the family’s herd (most of which were heifers) averaged 430 kilos of milk solids at approximately 4% fat and 3.6% protein from a concentrate input of 900kgs/cow.

Cows are milked using a 20-unit Dairymaster Swiftflo parlour, which DS Dairies installed. “We chose this as to get each individual cow to perform at her best, whilst being able to give the better-producing cows more feed.”

“Our parlour records how much milk each cow is giving and can adjust the amount of meal a cow gets, according to her yield using an algorithm, which we have set up on our database.”

“We also have ACRs, a dumpline, cluster cleanse which rinses each unit with a solution of peracetic acid and water, which disinfects the unit and stops the spread of mastitis, and also has an autowash.” 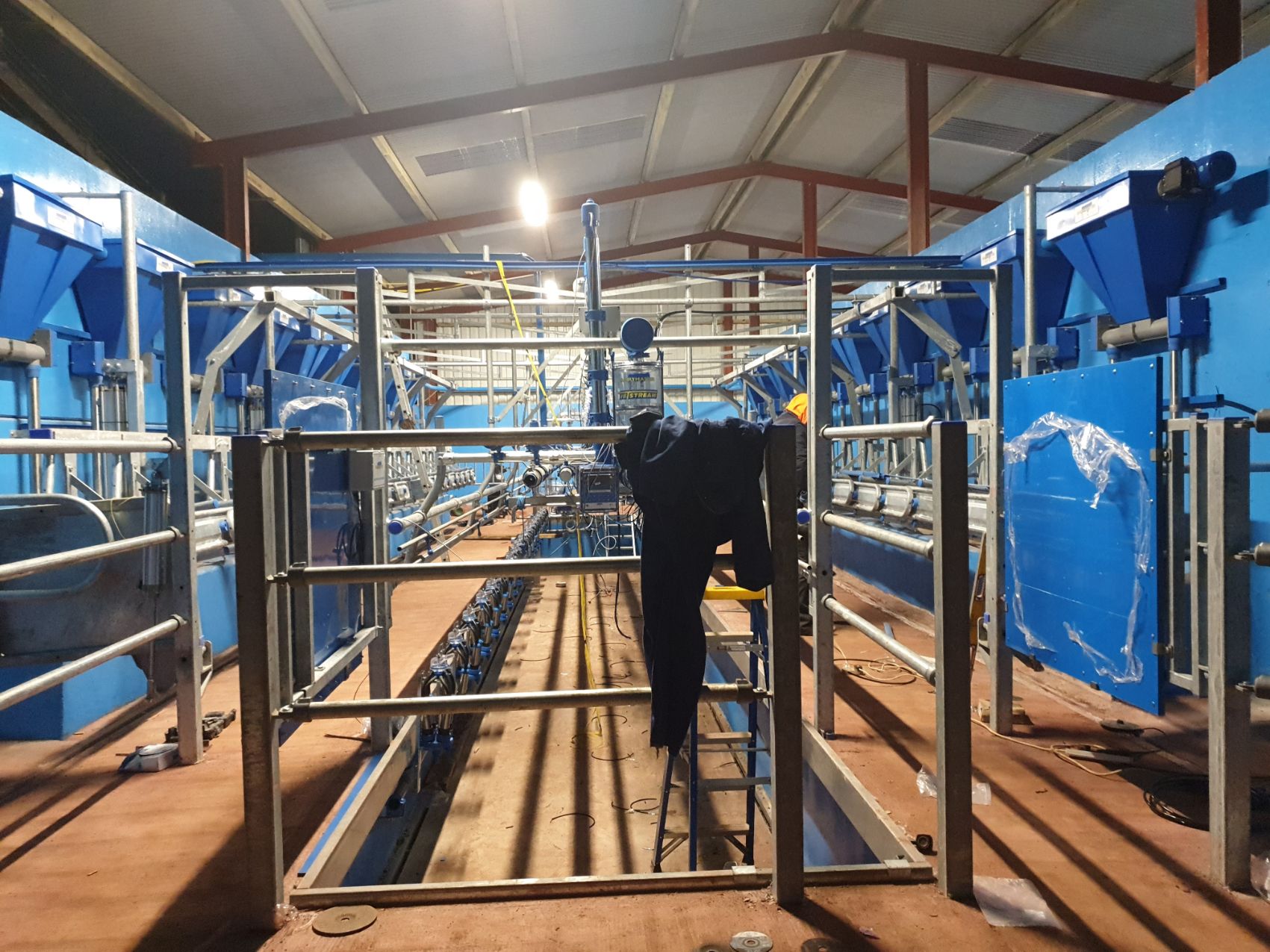 Improvements are being made on the family dairy farm for increased ease of management. While there are roadways throughout the far, this year’s main aim is to maximise the potential of 30-acres of rocky ground.

“We will then do a series of drainage throughout the middle vein of ground, as it is lying in a valley. Also, we will put a few more roadways in place.”

“We can undertake the majority of this work as we have a 13-tonne digger, although we have hired a 20-tonne machine to speed up this project and to pull the hard rock.

“Along with digger work, we hope to put our paddocks in permanently as last year we used the real and pigtail posts. We have recently purchased 550-gallon drinkers, and last year, we put down inch pipe throughout the whole farm.” 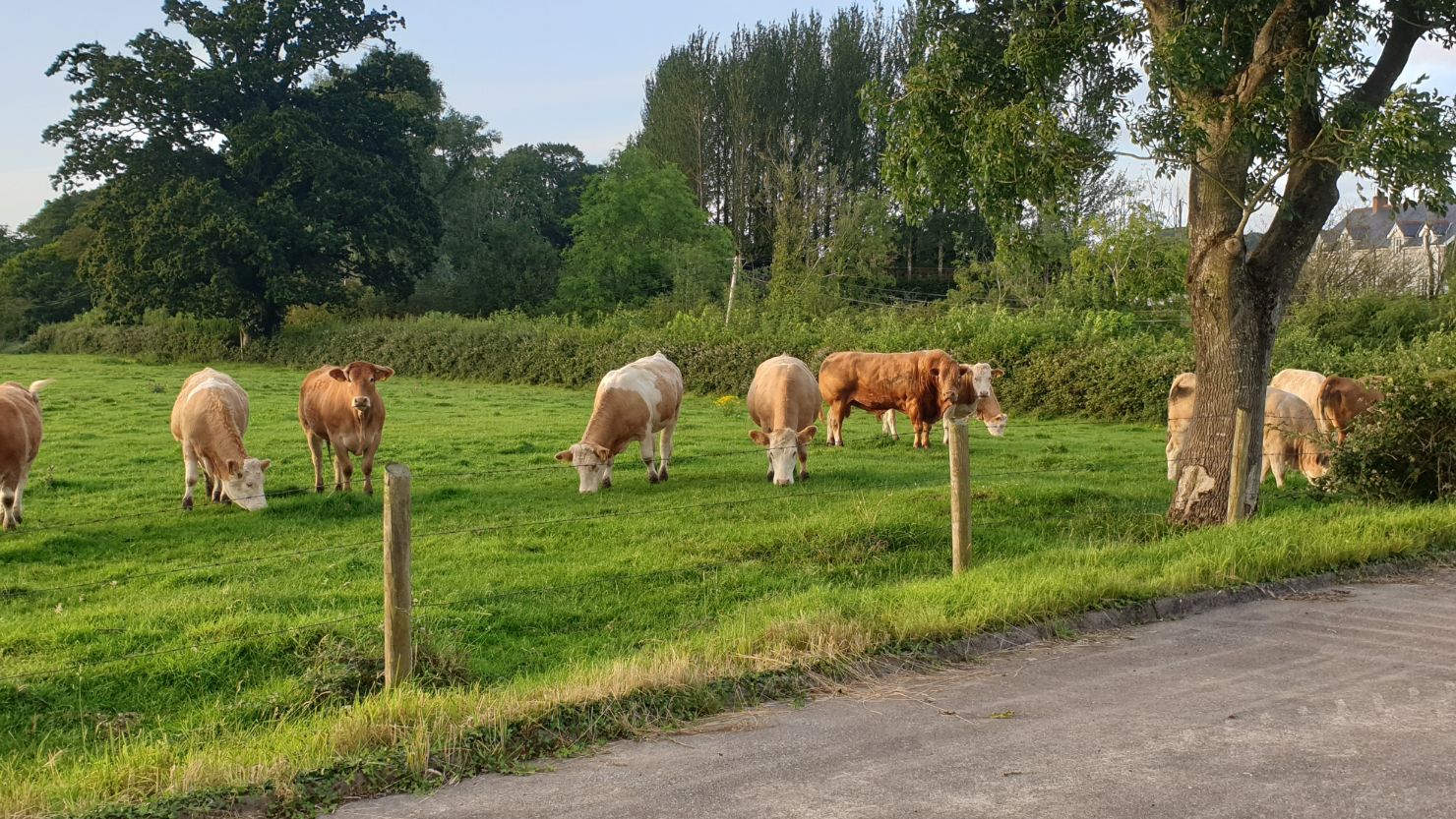 The family will use the home farm solely for milking cows with land near for young stock and bulling heifers.

Besides, the family have a farm in Ballygawley, Co. Tyrone which they use for silage production, and draw bales using their fleet of lorries. Also, they have land ten miles from their home farm and in Mohill, with both used to produce silage.

The family carry out all land work themselves and enlist agricultural contractors’ help to pipe slurry at the start and back-end of the year.

“We made our first-cut with a McHale Fusion 3 baler which we did not wrap and then the bale netting using the Keltec bale shear on the loader. We found this a great job and had no issues with the silage coming out of the pit.”

“As well as first-cut silage we also made hay as the weather was fantastic for it.  We baled our second and third-cut and then wrapped the bales at home.”

“We have bought a JF 1060 harvester to do the work along with a Broughan trailer to go along with our Donnelly trailer. Besides, we have two New Hollands: a T7.210 and a T6.175 and two slurry tanks: a 2000 Abbey and 2350 Major Alpine with a trailing shoe purchased this year.” 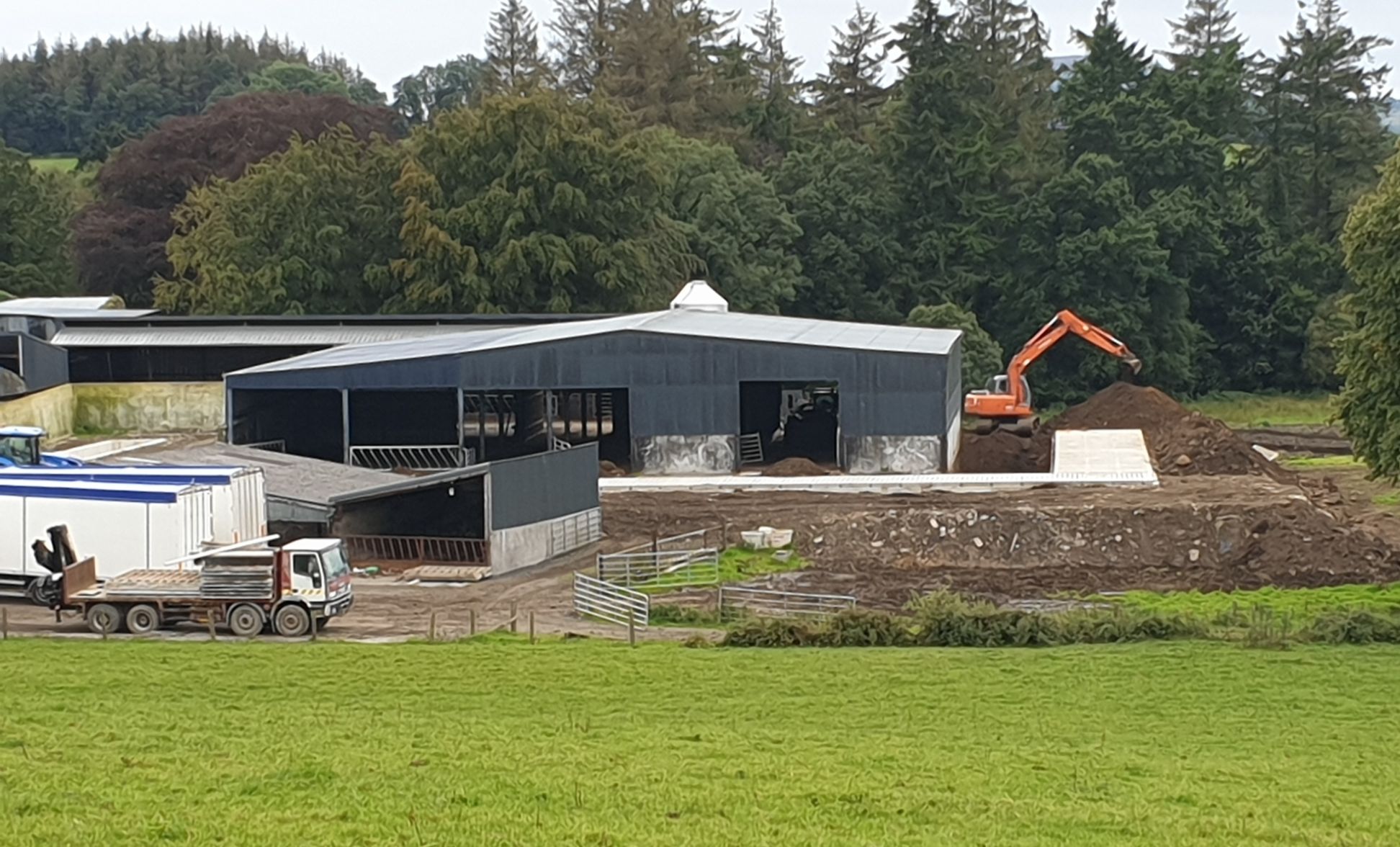 The Hastings have already considered expansion with plans in motion for a 320-foot tank and a 160-foot silage pit. The dairy farm will expand to approximately 200 cows in year three, where numbers will be maintained for now.

“This year, on our family dairy farm, we wish to shorten our breeding season, improve our six-week calving percentage, and focus on grassland management.”

“The best part of dairying for me is the lifestyle. My father would agree with me and claims dairy farming to be a retirement from truck driving as he is no longer starting at 3:30 am and then finishing late when he would come home and have to fodder the cattle.”

“If we could turn back the clock, we would have ventured into dairying a lot quicker. I believe there is a promising future in dairy farming and I cannot wait to return home from my studies and continue my passion, which is farming,” concluded Lloyd Hastings.