She won the Champion Emerald Expo in 2016, was reserve champion at RUAS spring show 2016, the Baileys All-Ireland Cow Champion and the IHFA all-Ireland champion cow award winner in 2016.

Following hot on her heels at €9,800 was April-2020-born Hallow Octain Twizzle 1597 ET. She is by Stantons High Octane ET and the “last daughter” of the aforementioned Hallow Advent Twizzle 3 ET (EX96-4E). 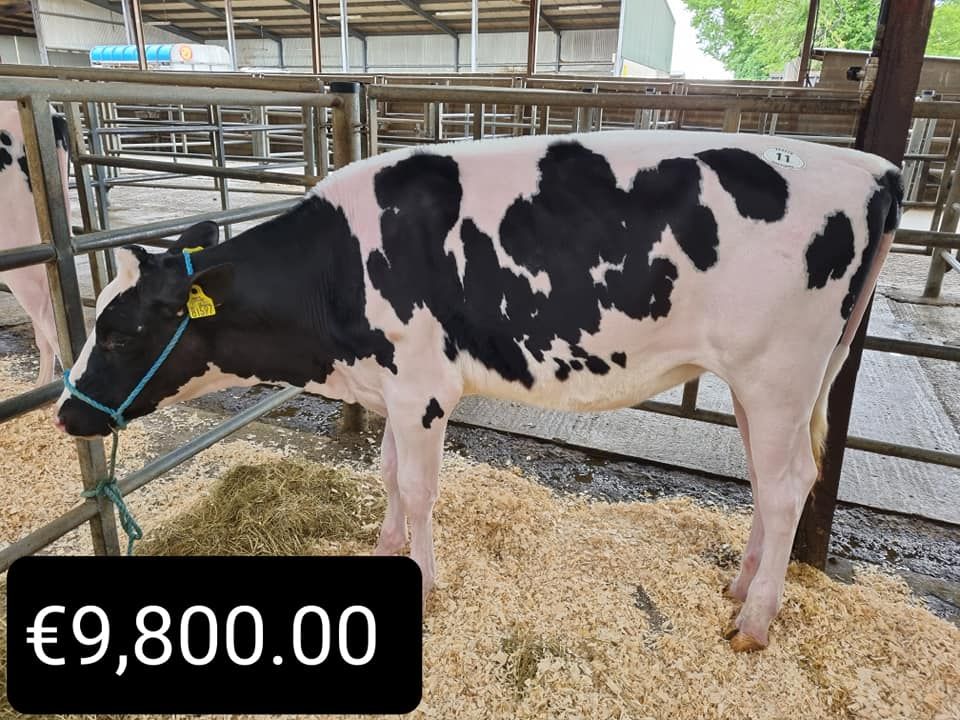 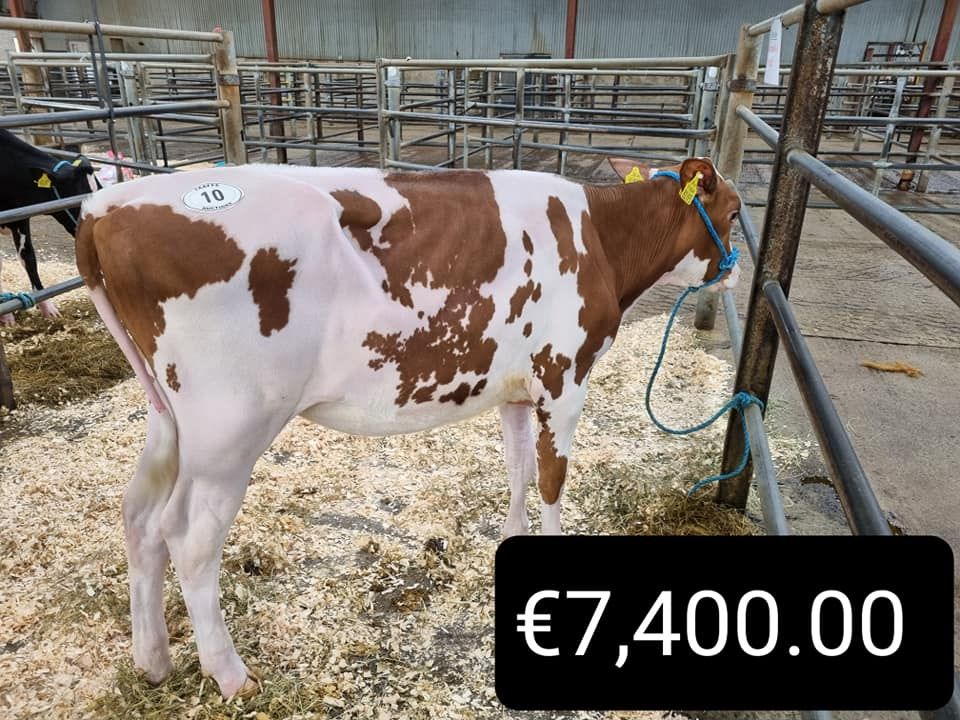 She is sired by Cycle McGucci Jordy Red, while her dam, A-L-H Honolulu ET RC P, was purchased at the Tulip Sale in Holland in 2019 and is due in July 2021. 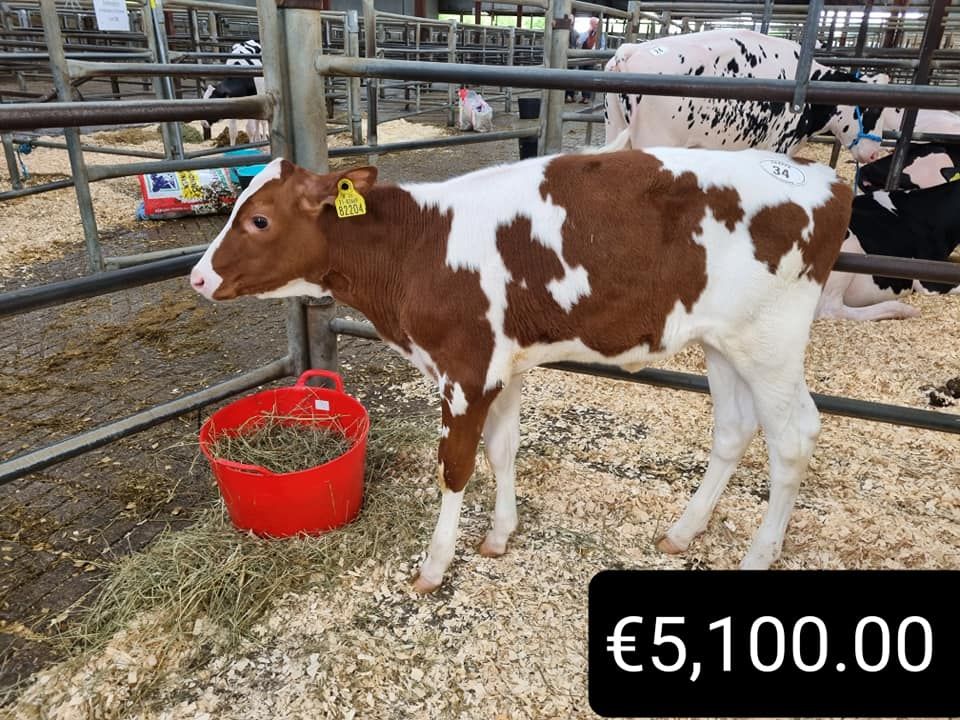 She is sired by R DG Aladdin Red (ET) and out of Logan Mesdoor Jodie ET. Her grand-dam, Sterndale Sterling Jodie Red ET, won champion R&W UK Dairy Expo and Royal Highland Show 2013. Furthermore, she was All-Britain Int. Heifer in milk 2013 and sold for 18,000gns at the Newabbey dispersal sale in 2014. 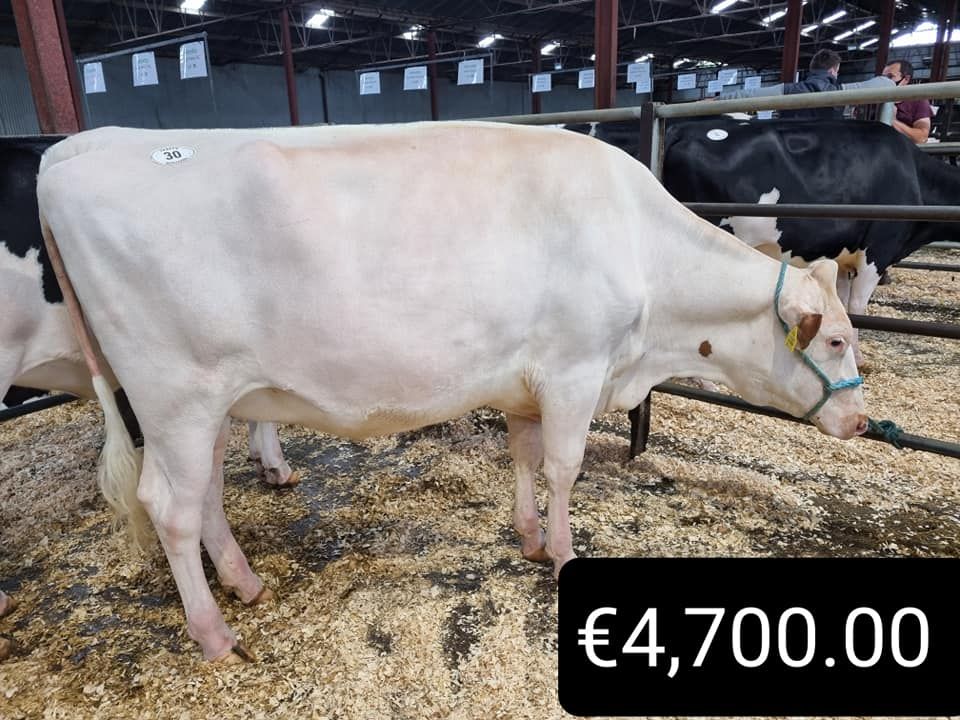 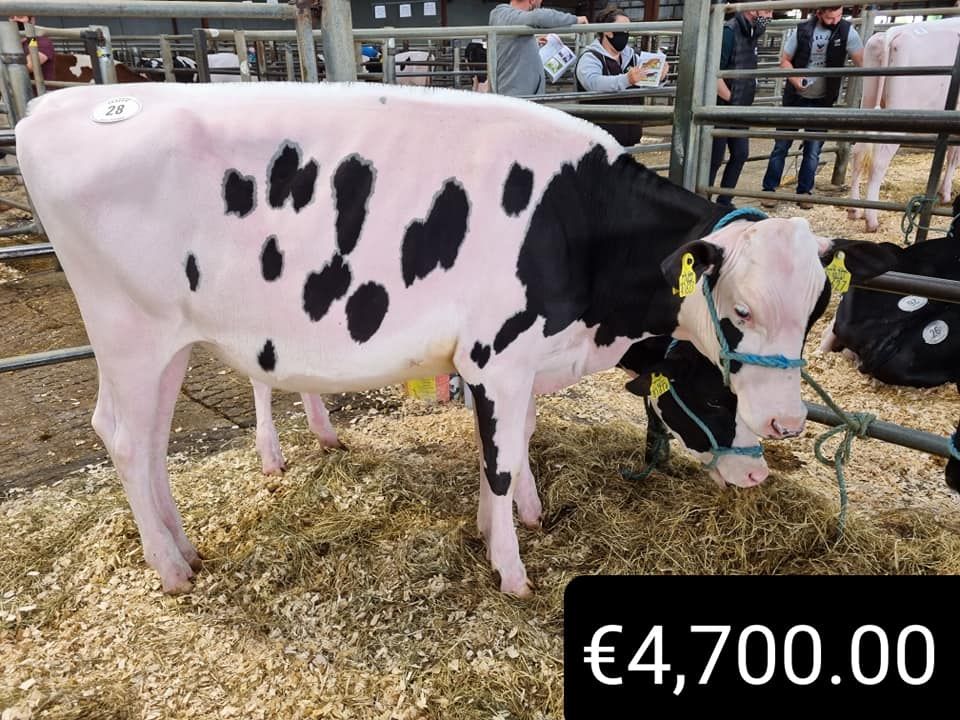 - Advertisement -
Previous article
List: 29 locations for IFA nationwide tractor rally
Next article
‘A child under 7-years-old should not be inside the cab of a tractor’