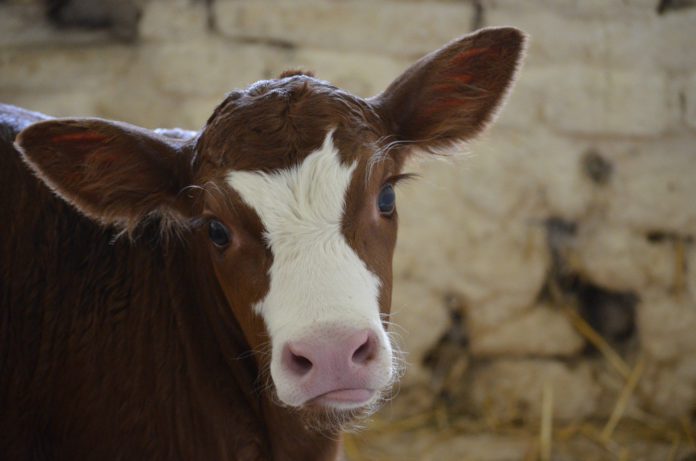 A clean environment and feeding calves adequate quantities of high-quality colostrum as soon as possible after birth are imperative cornerstones of calf rearing, a Teagasc researcher has outlined.

According to the state agency’s Emer Kenney, it is important that calves are born into a clean environment because “when the calf is in-utero, there is no transfer of antibodies between the cow and the calf, unlike humans, which are born with a developed and functioning immune system”.

“The baby calf is reliant on that cow’s colostrum to kick start its immune system.”

“You can imagine if you had no immune system and you were born into a dirty environment, you are immediately going to start picking up bugs.”

Kennedy stressed that farmers – both dairy and beef – should adopt the 1-2-3 calf rearing rule, as follows:

Capitalising on the latter point during her appearance in the state agency’s most recent Let’s Talk Dairy webinar on milk feeding guidelines for young calves, she told George Ramsbottom:

“The average birthweight of a dairy calf is 35kgs and slightly bigger for a bull calf. If we look at beef breeds, some Limousin-crosses or Charolais-crosses could be 50-60kgs.”

“If you have heavier calves, you need to feed them more colostrum to ensure they are getting enough antibodies to get that immune system going. For example, you could be feeding 5L of colostrum to a 60kg calf,” she concluded.

- Advertisement -
Previous article
Step by step: How to put a calf into the recovery position
Next article
5 of the best viral vet vloggers