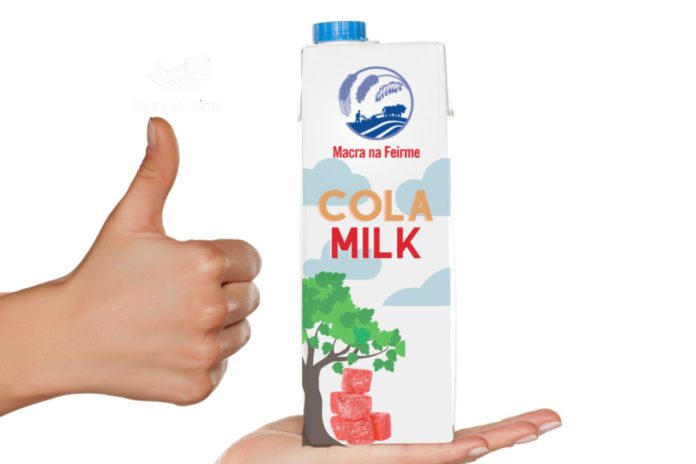 “It’s great to announce something that will provide us with so much profit while none of it will go to farmers or producers,” said the new head of the newly established Macra – Foundation for Agricultural Kreative Environment – Milk division, Bill McWonka.

This new milk is sourced from the freshest cola cubes harvested from the sweet cola orchards of County Carlow before being finely ground down using traditional Irish millstones and combined with the crispest natural sparkling water sourced only from Irish midland bogs.

“This is definitely not about selling a substandard product with a good marketing campaign. It’s about saving the environment or something. Massive profits from this product is also very sustainable, for us at least,” said Mr McWonka.

Macra na Feirme has made a move after “seeing the large profits made by those selling products not bound to the same nutritional standards as dairy products and the ability to trade on real milk’s reputation”.

Bill has also secured the endorsement of several online influencers and those with food ‘degrees’ based entirely on googled ‘research’.

“I’ am very happy to partner to promote this product to my legions of followers, and it has nothing to do with the new car I have been given,” said Cola Milk™ ambassador Fer Gorrtah.