How this ‘hobby’ Belgian Blue breeder bred a 15,000gns bull

In this week’s Suckler Focus, That’s Farming, speaks to Richard Stanley, a Belgian Blue breeder from County Cork, about breeding a bull that hit 15,000gns in Carlisle.

Richard Stanley from Knockbrown, Bandon, County Cork, produced a bull that has achieved the highest price on record for a pedigree Irish-bred Belgian Blue.

“We were on a virtual show last year, and he won his class. So, we put him on Facebook and became friends with some people across the waters. They clicked on the post and came over, bought him, and took him home,” Richard Stanley, a Darragh Agricultural College graduate told That’s Farming.

“Ben Haigh bought him off me in October 2020 when he was 12-months-old, and the sale was in Carlisle on Saturday, May 15th.”

In 1992, the third-generation farmer, began breeding pedigree Belgian Blues as a hobby alongside his 100-cow dairy herd.

“I bought two embryos, had two females, and it started from there. You cannot start from there with a bull, but with a female, you can start breeding them, AI or flush them. I sourced the first two females from Rupert Perrot from Bandon.”

“When I went for the embryo ones, they were different, and there were not any Belgian Blues around at that time, and I liked them.”

“I thought the Belgian Blue were nice, quiet cattle, especially when handling them. It is nice to be dealing with something that will not drag you around the place or hurt you.”

“They are after doing very well. There seems to be a good sale for all these people that buy the bulls off me for commercial breeding.”

“They are making good money in weanling sales. It seems to be taking off well; every breed has its ups and downs.”

Richard outlined the traits that his ideal cow-type must possess.

“They are a very muscley animal. They need to have good legs under them, and they need to be mobile – especially when you sell a bull for cows. A bit of height into them as well is important; you cannot have a small one.”

“We had a few years there that nothing was happening, and the last two years seem to be going well again, but all breeds have that.”

“It is hard to get Belgian Blue bulls now. People had a few tough years, and then they might have scaled back and did not breed them.”

“But, there is a demand for them again because the weanlings are good again; it is like everything; there are good times and bad times.”

Richard has mainly a 1-month calving period for the suckler herd and dedicates the remaining months to his dairy herd. “We put in a few embryos and normally have the embryo ones in the autumn and cows in January.”

“If you like a bull that you think suits your cow, you could put it on it. We mix things up depending on the cow; it is all about getting the right one. We would not use a stock bull on the Belgian Blues at all.”

“Every autumn, we flush a cow or two – depending on if she was empty or she was not in-calf. Alternatively, we go down the road of flushing to keep numbers up. Unfortunately, you do not always get it right either.”

“We could get bigger, but why would you get bigger when you can do it with a small herd? We would have good days and bad days,” the Belgian Blue breeder remarked when commenting on his suckler herd’s size. 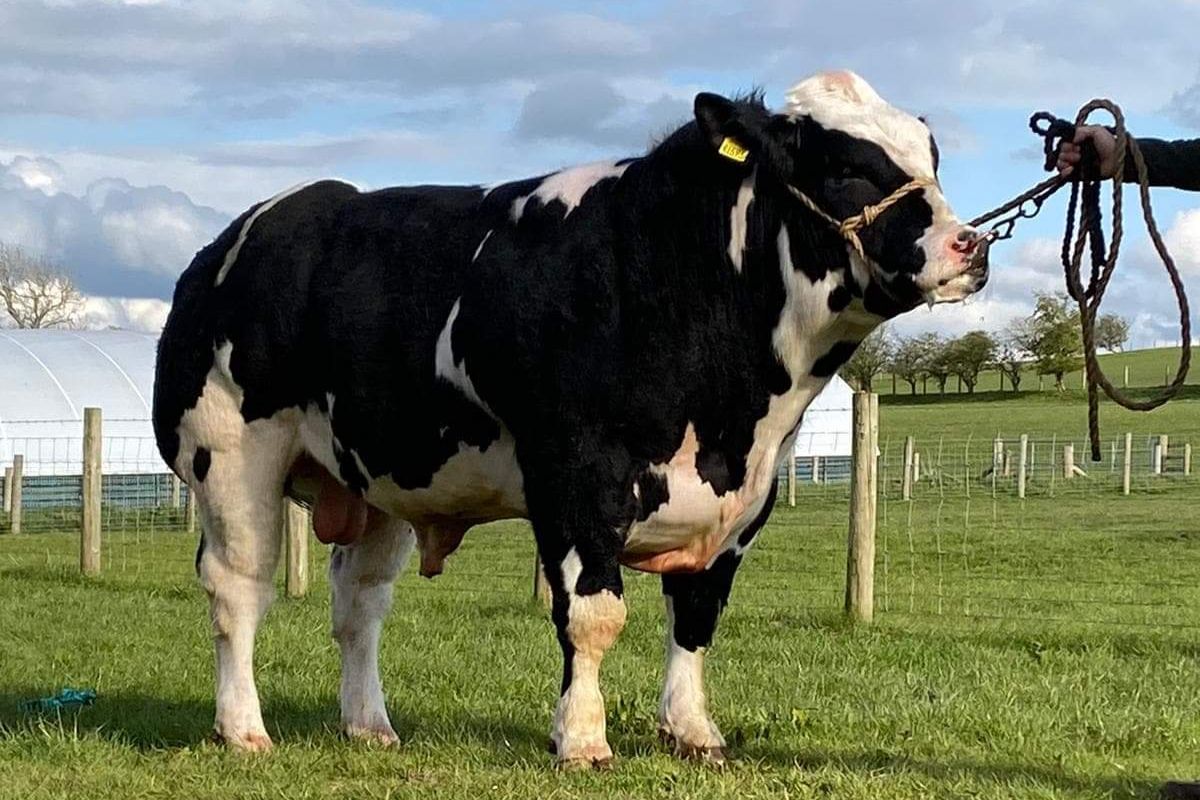 The farm has a grazing platform of 200-acres divided between a 100-cow dairy herd and a 15-cow suckler herd and breeding females.

“We have it laid out in a 4-acre paddock system for the cows, and the night paddocks would be bigger, maybe six acres or seven-acres. “Sometimes we would have too much one night, and the pedigrees would have that 4-acre paddock.”

“We were big into the sugar beet; the farm was always in tillage. Growing sugar beet for the factory was a big thing back in my father’s time, and then it closed.”

“We stuck to tillage. We do whole-crop and wheat, and the year after, we would grow barley for winter bedding.”

Richard sells some males to dairy herds, while he retains all heifers.

“All the females are kept unless we had a surplus of all bulls or all heifers one year. We did go to a few sales and had success as well. We got reserve-female champion a couple of times there [Belgian Blue Society Annual Sale].”

“Brownview Lollypop was the first one. Then, we got reserve with Ballinakill Holly and Ballinakill Indigo, but we did not sell her on the day.”

Besides, Richard and his family attended 15 shows annually before the Covid-19 global pandemic. In 2019, he exhibited at Tullamore Show, where he picked up a silver medal.

“The name of the heifer that won the silver in 2019 was Brownview Ladydi. So, the mother that got the two silver and gold would be the mother of this bull now, and she is Ballinakill Holly.”

“But, it is not about the red rosette for us all the time; it is about competing with the breed. We have a day out and a bit of sportsmanship,” the Belgian Blue breeder concluded.