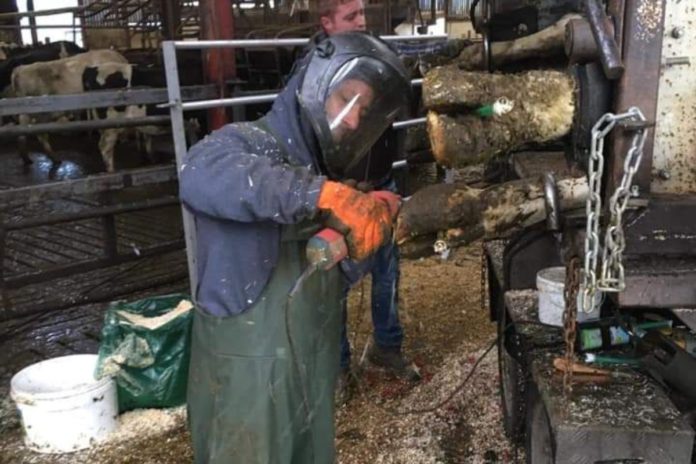 That’s Farming speaks to Aaron LaVoy, a hoof trimming expert, who has pioneered The Balance Method, and a YouTuber from the USA.

Aaron LaVoy, Greenville, Wisconsin, USA, is the man behind the Midwestern Hoof Trimmer Youtube channel, which has over 14,000 subscribers across 50 countries.

He moved to WI after serving four years as a Gunner’s Mate in the USN, and that is when his passion for farming developed.

“I took a temporary job working on a small farm upon moving to WI. I enjoyed farm life and working with cows, so I decided to make it a full-time occupation. After four years, I decided to start my hoof trimming business.” Aaron LaVoy told That’s Farming.

Aaron began hoof trimming in 2004 and quickly became fascinated with dissecting cadaver hooves.  He was also studying to become a farrier and a dairy cow hoof trimmer but ultimately decided on cattle before he finished his equine training.

Aaron has since established his own business and has one employee of three years, who runs the company when he is away as he provides training sometimes up to two weeks at a time.

Their customer base is approximately a twenty-minute range from Aaron’s home, consisting mostly of some larger dairies some smaller sized dairies.

They typically trim anywhere from 40-100 cows per day, with most of their work being maintenance.

“My fascination with the anatomy and physiology of the hoof led me to use what has become known as The Balance Method, which is a method that I pioneered; and has become increasingly popular globally over the past few years.” 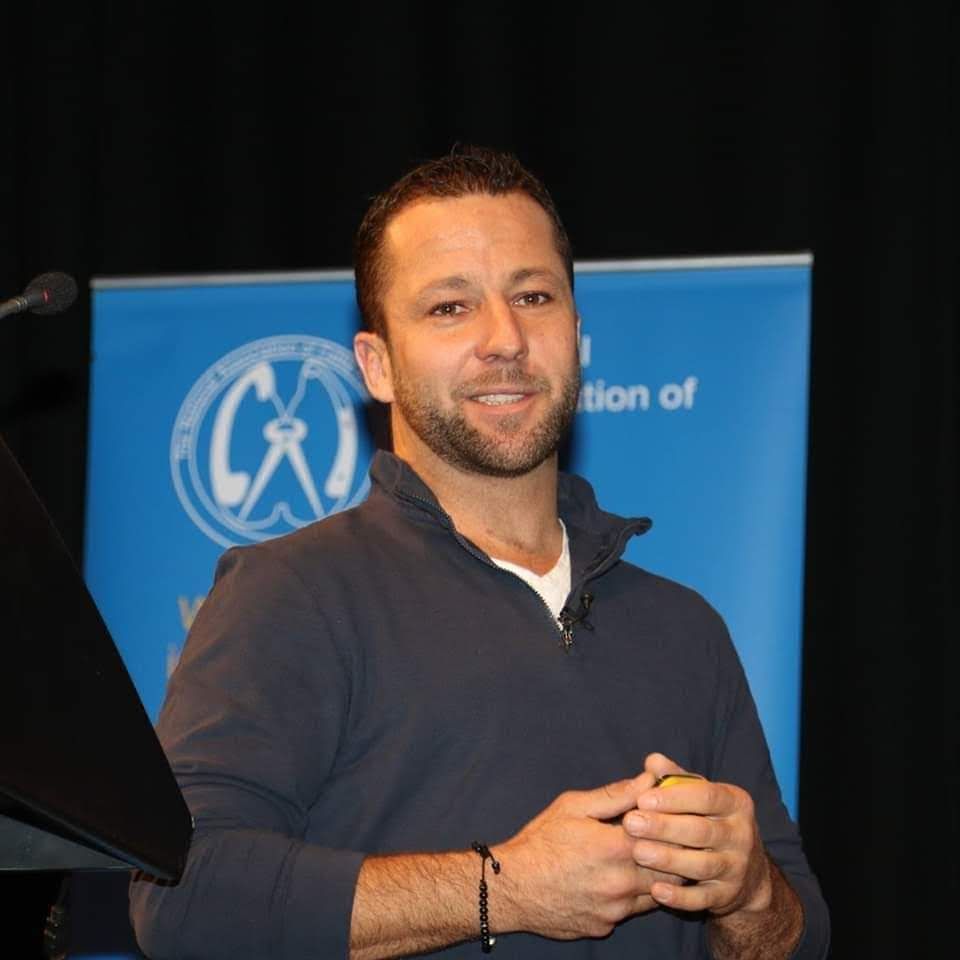 This is what has resulted in Aaron’s worldwide travels as a hoof trimming trainer. He speaks at events hosted by associations, including the Irish Cattle Foot Trimmers’ Association and universities such as the University of Leipzig, Germany.

He has also delivered workshops to professional trimmers and veterinarians from the Dominican Republic to Russia.

“I find it extremely rewarding being able to share my knowledge with other hoof trimmers. This allows me to help millions of cows annually as more and more hoof trimmers adapt the Balance Method worldwide.”

Aaron also tries to focus on educating farmers as well as trimmers on implementing a well-designed maintenance routine to prevent lameness and increase production.

He said he often sees hoof trimmers being improperly used as hoof repairmen instead of lameness prevention technicians, and he takes every opportunity to inform and educate on the difference between the two.

“On the farms that we serve as our clients, I require that we trim on a preventative maintenance program. This is crucial to ensure the best animal care as well as the best utilisation of our skills, providing the farmer with the highest profitability.”

“I love cows, and I believe it is our responsibility to provide them with the utmost care possible by providing them with the most comfort and lowest risk of lameness as possible.” 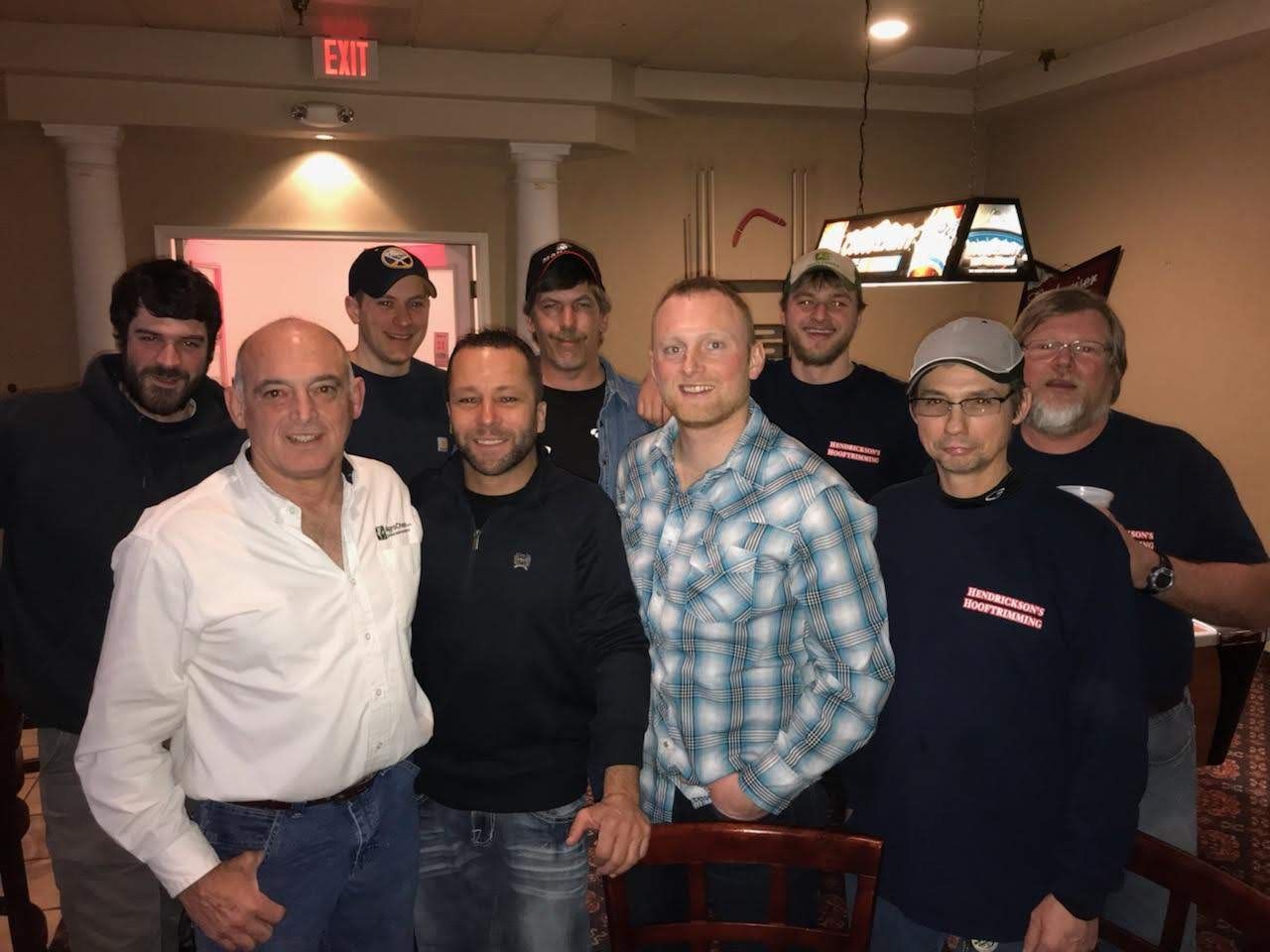 The hoof trimmer’s experience as an international speaker and instructor has inspired him to share his journey with others in a virtual manner.

“In 2019, I had the opportunity to visit Ireland, England, Scotland, Wales, Russia, Germany, Belgium, and the Dominican Republic, as well as many different states in the US.”

Aaron’s original plan was to produce YouTube videos whilst travelling the world, trimming, teaching, and visiting farms, but the Covid-19 pandemic has stopped those plans in their tracks.

“So, I decided, at the beginning of the year, to start trying to make videos on a more regular basis and treat it as a channel where I could promote the dairy industry, as well as educate the general public,” added Aaron, who began posting videos at the beginning of March 2020 and was approved for monetisation in July. 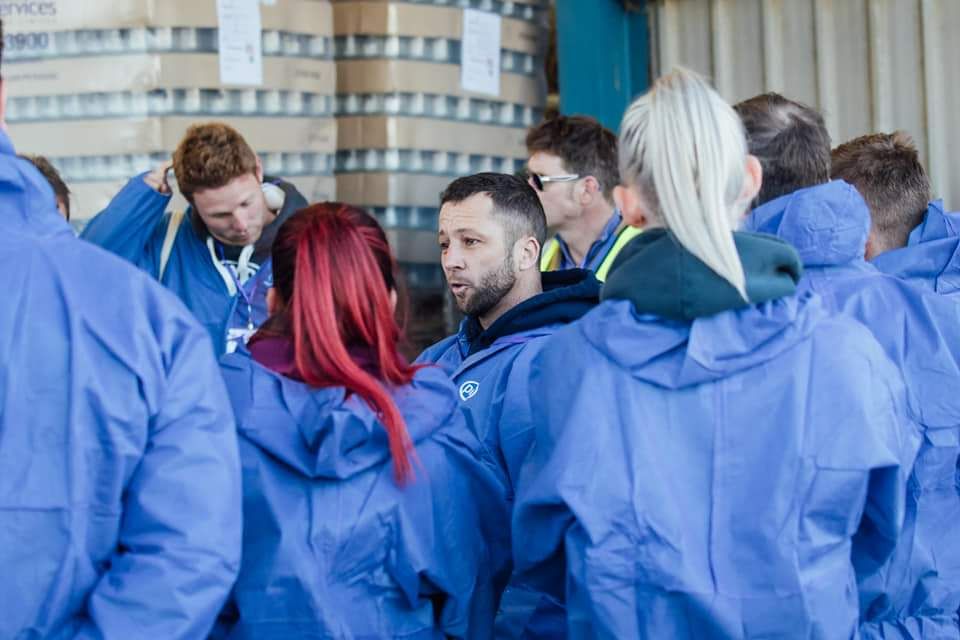 With the number of new subscribers almost doubling monthly and over 2,000 subscribers gained in the last 28 days alone, Aaron is excited to see what the future has in store.

He aims to post at least one video weekly but admitted that it can be “incredibly difficult” as a video edit can require up to eight hours. He also firms his own videos, so this can take away time from his hoof trimming business and family life.

“It has been an incredibly fun journey so far, learning and trying to better at filming and editing videos. I look forward to continuing to get better as well as eventually getting to take my followers along with me on my travels once travel becomes more open.”

“I have workshops planned in many different countries awaiting my ability to travel and plan to take the Youtube channel with me.”

“I also hope to one day have a small dairy farm that I could use for my hoof trimming school and make it open to the public to educate and make YouTube videos as well.”

“To be honest, I never imagined I would be involved in the dairy industry at all, let alone, as involved as I am now. I will continue to do everything I possibly can to give back to the animals that have given me a career that I truly love,” Aaron LaVoy concluded.