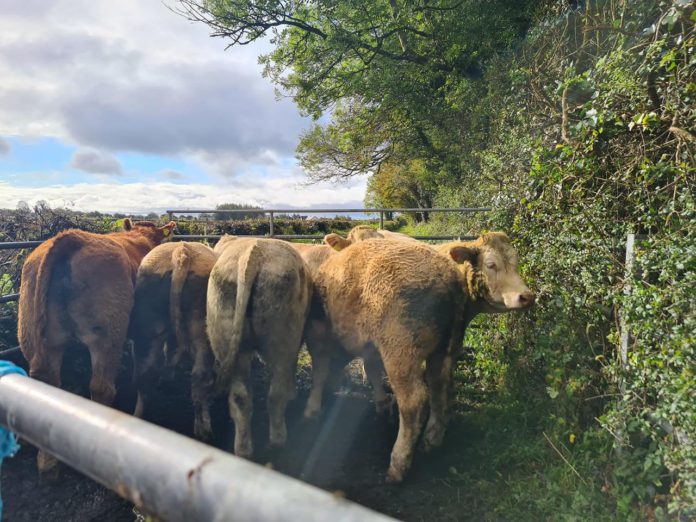 Six continental bullocks reported as stolen have been reunited with their rightful owners, That’s Farming can reveal.

The Limousin and Charolais-crosses were taken from a field between Cross and Kilmaine, approximately 30kms, from where have been recovered.

A young farmer, along with a family member, played a key role in their recovery, having disturbed the thieves who were unloading the cattle from a truck.

The animals, worth an estimated €10,000, were stolen between Monday night (October 5th) and Tuesday morning (October 6th), as reported by us here.

Speaking to That’s Farming this evening (Saturday, October 10th), Niamh Reilly said: “The young farmer and his family member notified the guards. We received a call from Gardaí investigating the theft in the early hours of this morning.”

“They asked us to travel to Balla to identify cattle that were found in a field. The field, located behind the local mart, is owned by a man, aged in his eighties, who had four cattle grazing in it.”

“When we arrived in the field, we examined the cattle and their tags corresponded with those on our AIM profile.”

“The young farmer told the elderly man what had happened and, along with his family member, separated the cattle into two groups.”

The Reillys made the journey to Balla, once again this afternoon, this time in their jeep and trailer, to collect their six bullocks.

“We are thankful to the guards, the young farmer, his family member and everyone who spread the word across social media in recent days. The goodwill of farming and rural communities is phenomenal, and this is a testament to that.”

“The young farmer is fantastic in the way that he looks out for his elderly neighbours,” Niamh concluded.

It is understood that An Garda Síochána will continue to investigate the matter.