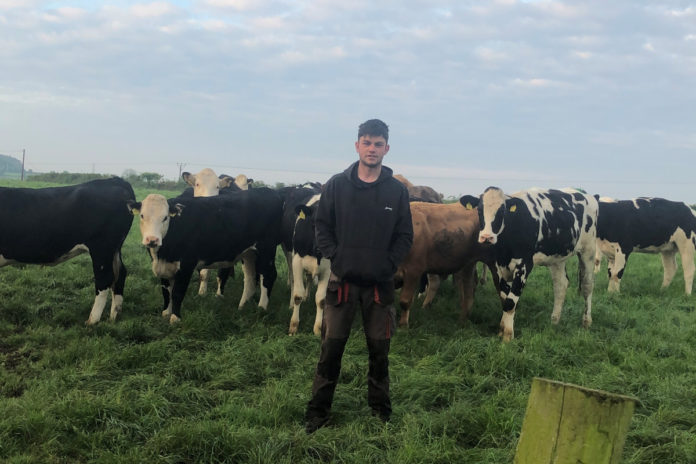 In this week’s Farmer Focus, That’s Farming speaks to Darren Draper, is a young beef farmer, Darren Draper, about his ambitious plans to establish his own dairy unit.

21-year-old Darren Draper is wise beyond his years, with extensive agricultural-related experience under his belt.

Hailing from Ballycoughlan, Innishannon, County Cork, he grew up on a beef enterprise but has developed a striking passion for dairy farming in recent years.

His father, a beef farmer and agricultural contractor, is the second generation of the family to farm the lands at Ballycoughlan.

He told That’s Farming: “Farming has been a family tradition going back numerous generations.”

“I have always been interested in farming and became more interested in dairy as I went through secondary school and worked part-time at Ballyhandle Farm in Crossbarry.”

“In 2014, a farmer purchased straw and offered me a summer job milking cows; this is where my interest in dairying began.” 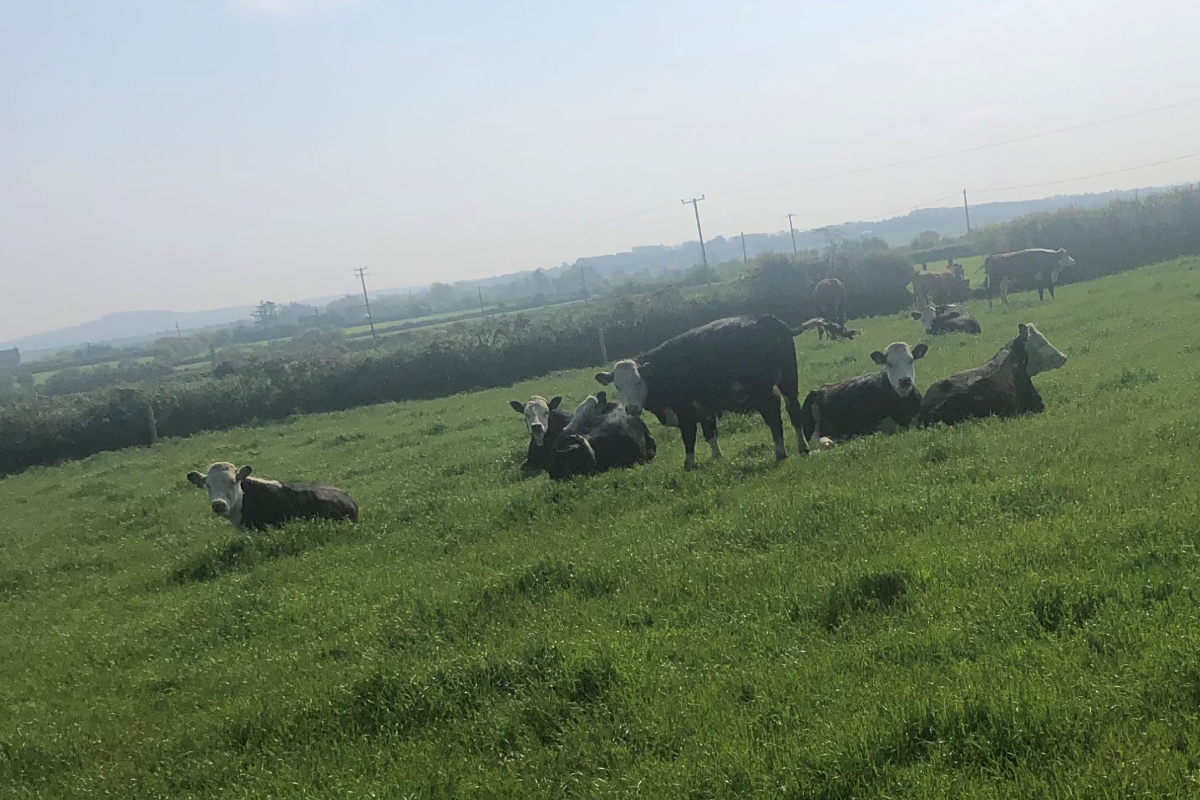 Currently, the duo runs a suckler-to-beef and a calf-to-beef system. The family farms 30 suckler cows, mostly Simmental and Herefords, with dairy-influence and a Limousin stock bull.

Calving takes place in autumn and early spring to coincide with their agricultural contracting business work.

“When there is less work contracting, we would be calving cows. We rear all progeny to slaughter between 18-24 months of age.”

“We find these cows carry very good traits for our farm as they would have plenty of milk from their Friesian dams and bring their sire’s terminal abilities.”

“On the other hand, each year, we would buy 25-30 traditional breeds for rearing to beef also. This year, we calved 10 in the autumn and the remaining 20 in early spring. We found this worked well as we had good strong calves to go to grass early in the year.” 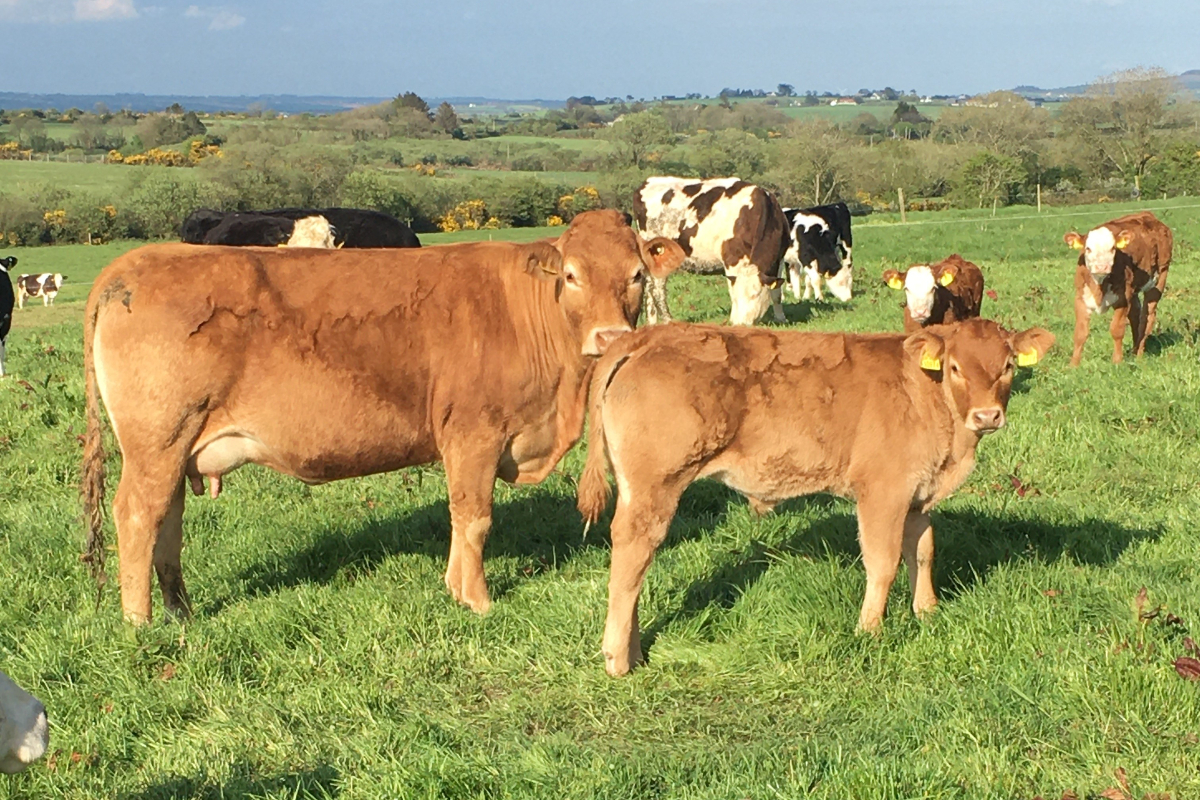 The farm consists of 78-acres, which grew 14.2TDM/HA in 2020, producing 767KG carcass/HA. The farm and son duo began grass measuring in 2020, in accordance with derogation regulations.

In addition, they took out paddocks as they became too strong to graze, which, in turn, resulted in a better live weight gain in calves and cattle and a notable improvement in cow fertility.

“We produced beef last June without the need of any concentrates, something we had never achieved before. As a result, calves achieved an average daily gain of over 1.2kg/day until housing.”

“The five stock we slaughtered last June would have been calves bought from a dairy farmer in winter milk. Four of the heifers were 21 months, and the remaining heifer was 19 month of age at the time of slaughter.”

“They had an average carcass weight of 262kgs, were R- and O+ and two of the animals had a fat score of 5 animals, and the rest were 4-s.”

“In my opinion, we saved a lot of money compared to other years as we would not have slaughtered these animals until October after being fed meal for 60 days.”

“This means we saved four months, roughly 120 days of grass at €1/day and 60 days by 4kgs of meal. So, we saved somewhere around €190/animal – depending on the cost of meal on a given year.”

Commenting on the farm’s infrastructure, Darren said: “We house cattle in three separate sheds. To note, we keep all the fattening animals and bigger weanlings/yearlings in a 5-column shed on comfort slat mats.”

“Besides, we house all dry cows and smaller weanlings/yearlings in a 4-column shed on a double slatted tank.”

“We keep all calves and autumn-calvers on comfort slat mats with a straw creep area at the rear. Also, we try and weigh our animals at housing and when going out to grass to get an idea of how they have performed.”

Experience on other farms

Firstly, he spent eight weeks in spring 2019 with Peter Lyons, who runs a pedigree Holstein herd, before venturing to Conor Kelleher of Hillcrest Dairy farm in Aherla the following spring for 16 weeks.

In September of 2020, he returned to Hillcrest Farm as a full-time employee. Experience on these two enterprises laid the foundations for his emergence into the sector as an aspiring new dairy entrant. 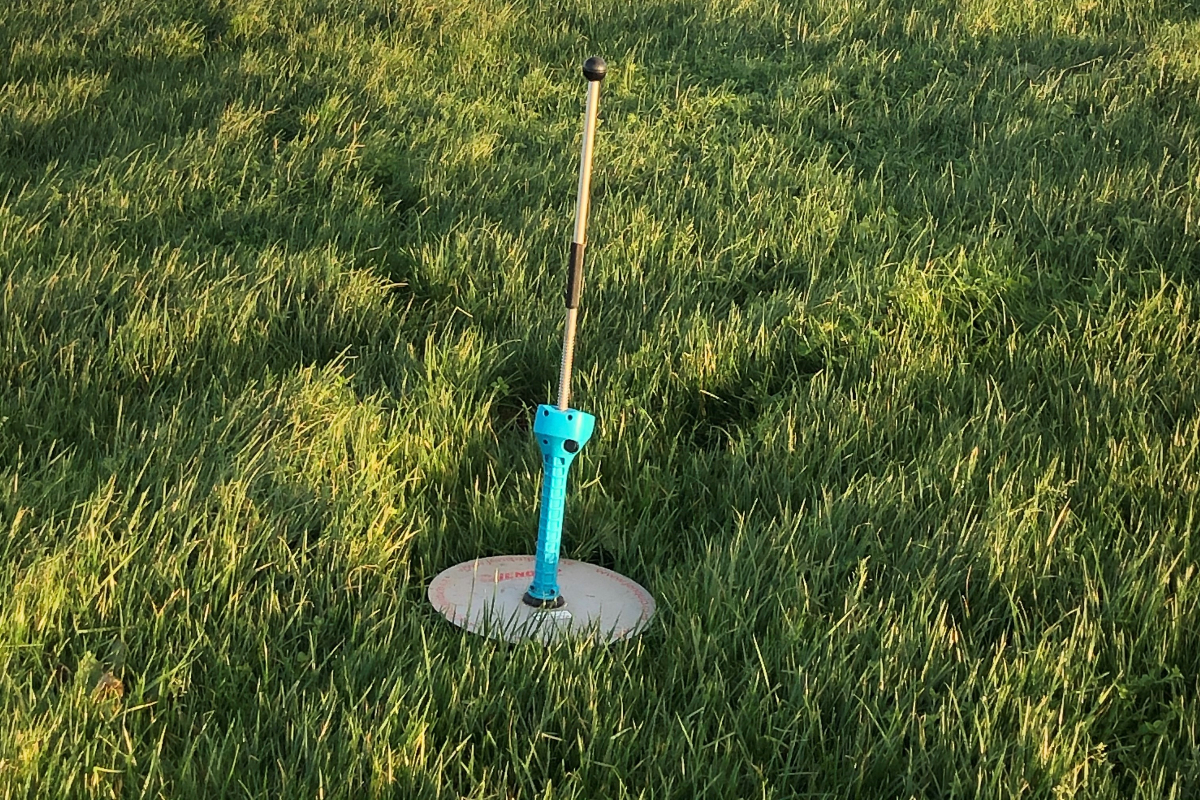 “The aspects of dairying I am most interested in would be grass to milk and breeding effectively,  meaning using sex semen on your best cows and using high-DBI bulls on the rest.”

“I aim to gain as much experience as possible to take home, or to a farm I lease. My long-term plan is to have a sustainable dairy farm. I am still employed with Hillcrest as a farmworker and am currently at home with the busy silage season. At Hillcrest, I assist with the farm’s day-to-day running.”

“With a home farm of 80-acres, I would be hoping to milk 80 cows with the possibility of a second unit if and when an opportunity may arise,” the young beef farmer added.

“Dairy is more attractive from an economic point of view, but also it would be more efficient as we could spend up to an hour or two checking on stock each day with 6-7 groups of stock. In this time, you would have cows in and milked with the right facilities.”

“I am very much a home bird, but I would consider going to New Zealand and seeing how their system works and bring home ideas to use here.”

“I think the outlook for dairying in Ireland is bright, but it depends on how you look at it. Dairy calves may be an issue for some people. Others see it as an opportunity to produce good dairy-beef calves that have been sought-after year and year again.” 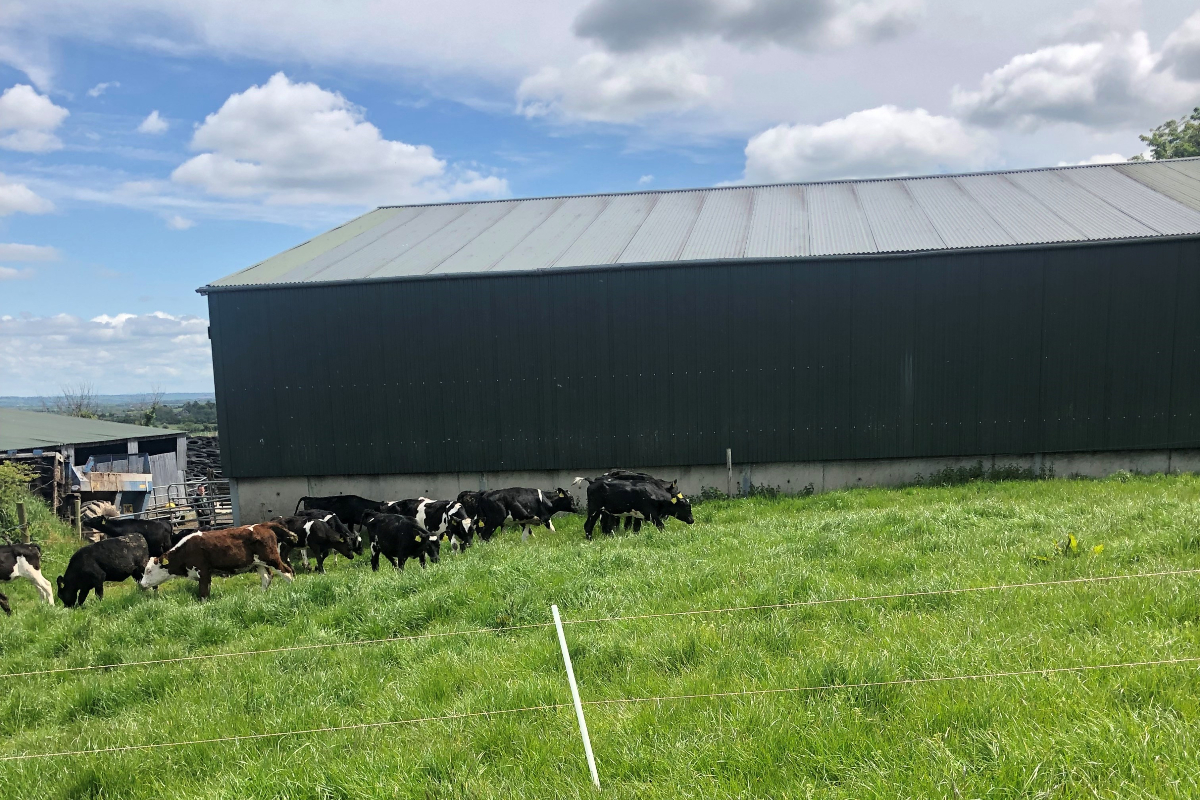 Reflecting on his journey to date, the young beef farmer, said: “I began milking cows in 2014-2016 and undertook general work in summers and every Saturday in winter of 2015.”

“I completed a placement with Peter Lyons in spring 2019, and in autumn 2019, after college, I milked 200 cows. From spring 2020-present, I have been working for Hillcrest Farm.”

“The freedom of being outdoors and being your own boss with the vast opportunities in the sector is a big attraction towards farming to me. However, keeping organised on-farm and prioritising work can be quite difficult with insufficient workers,” he concluded.

Are you a young beef farmer? To share your story, email – [email protected]

- Advertisement -
Previous article
Photos: Prime parcel of 34-acres guiding at €200,000
Next article
‘We safely stopped the vehicle with a stinger device and a hedge’