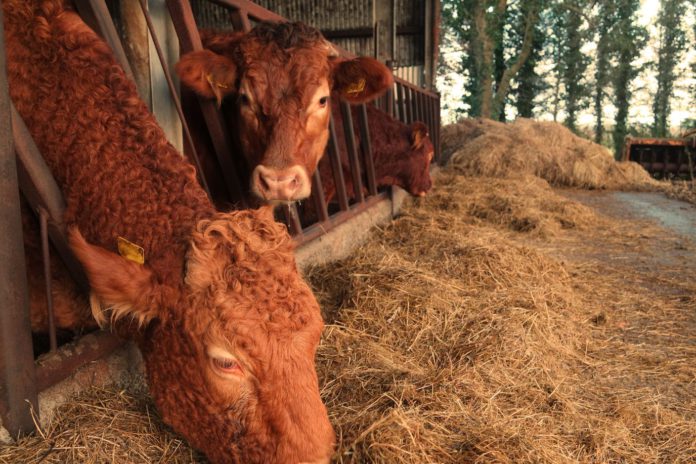 That is according to Teagasc, which has compiled a series of beef budgets for 2022/2023, covering four production systems.

Its weanling-to-beef steer and heifer budget look at purchasing weanlings in October at between 280kgs-300kgs and slaughtering them between 20-24-months.

It has looked at a series of lower, assumed and higher autumn 2022 weanling prices.

The state agency has made its assumptions on “very good” efficiency levels with a “high” average daily gain.

Other expenses it has accounted for include €57/head for grazing costs and €39/head for animal health for steers, and €24/heifer.

But, the stage agency has stressed that veterinary and medical bills could be higher because of poor management.

In its costings, it has also included half the interest on feed and animals borrowed at 7% and transport and marketing fees at a rate of €39/head.

Selling prices required, it added, only covers variable and fixed costs and, therefore, does not include a margin.

The state agency noted that finishers with this type of system must maximise performance at grass and minimise indoor feeding period on silage to control costs.

Overall, the success of this success is based on average daily gain over a 450-500-day period. 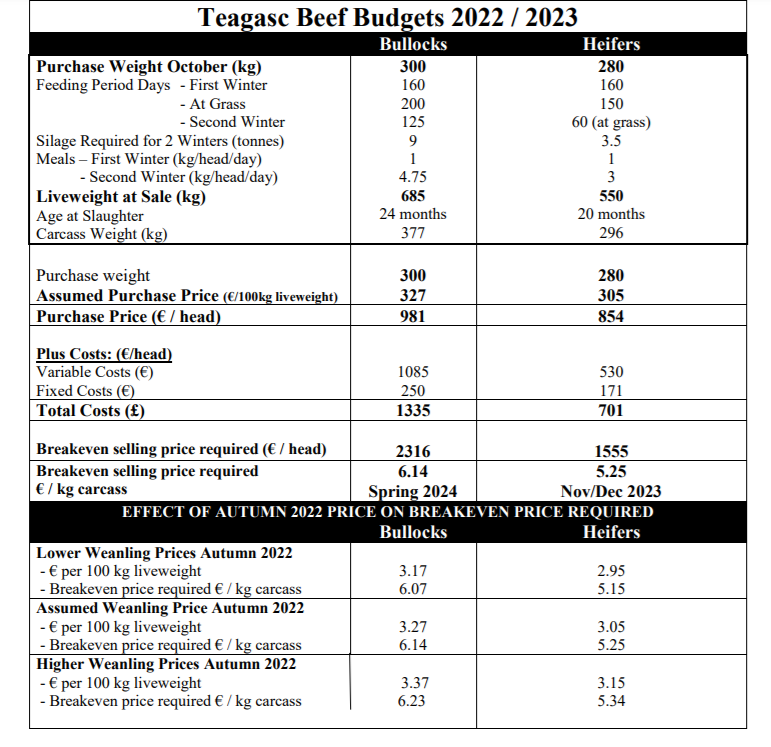 Farmers operating winter finishing steer systems could need up to €5.98/kg to breakeven in spring 2023.

That is according to Teagasc, which, in recent weeks, released a series of beef budgets for 2022/2023, covering four production systems.

Its winter finishing steer budget looks at a Friesian, a Hereford-cross and a continental-cross and also takes a look at the impact of autumn 2022 store prices, being lower, assumed and higher, on breakeven prices needed in spring 2023.