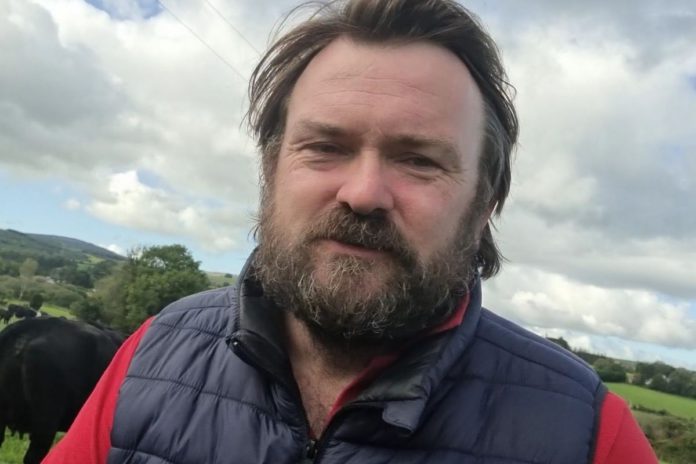 In this week’s Farmer Focus series, That’s Farming, speaks to Conor Sheahan of Finnow Farm about his new Wagyu direct-to-market beef business. He discusses his venture from dairying into a specialised beef production enterprise involving just under 70 Wagyu cattle.

In recent months, Conor Sheahan, who farms 2 miles out from Millstreet in County Cork, has become somewhat of a social media star, which has been a welcome boost for his new Wagyu direct-to-market business.

The frenzy started in mid-July with Conor featuring on the Ireland’s Farmers Twitter account. A different farmer is handed the Twitter handle for a week to share about the life and happenings on their farms.

Since then, Conor was an instant hit and has been inundated with requests for media interviews while also establishing a solid, growing social media presence.

“I have been talking to reporters and TV crews. Everybody is helping me with my new Wagyu business set-up along the way,” Conor told That’s Farming.

Finnow Farm, the name under which Conor’s new enterprise is operating, will soon sell Wagyu meat directly to the public.

“In the next couple of months, ten bullocks will become available at different stages. Next year, I will possibly have 15 to sell.”

He will mainly use Twitter and Instagram to facilitate the sale of this year’s supply of Wagyu beef, and customers will also be able to place orders via phone and email.

Conor says he is grateful for the publicity he has received and that it has been very positive for the launch of his new venture. Concomitantly, it has led to a “flood” of requests for his Wagyu meat. 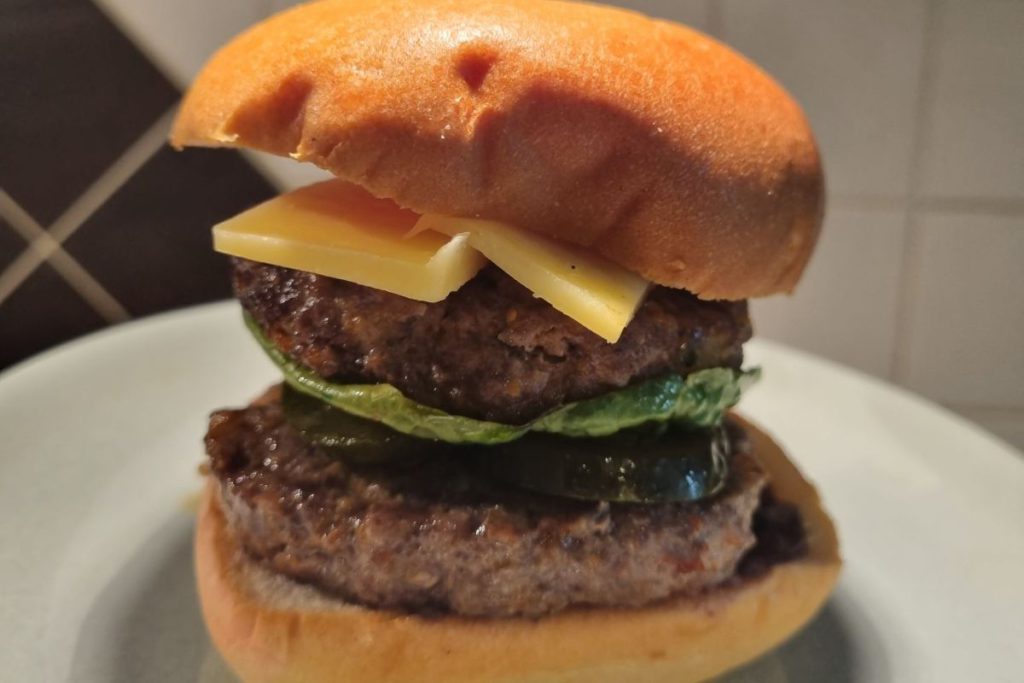 Third generation on the farm

The Sheahan farm is at the foot of the Ballyvouskill mountains and spans across 150-acres. It has been in the family for three generations.

Conor (45), who is a full-time farmer, received his herd number at the young age of 19. He lives on the farm with his wife, Lavinia, and their three children: Adelina, Calvin and Keithan.

Other than his herd of 68 Wagyu, he also farms 70 Texel sheep, 150 Limousins and around 40 Aberdeen Angus cattle.

“I have been doing the Wagyu cattle since 2009, and I initially started it as a side-line. The Limousin and Angus have cover in case the Wagyu does not sell.” 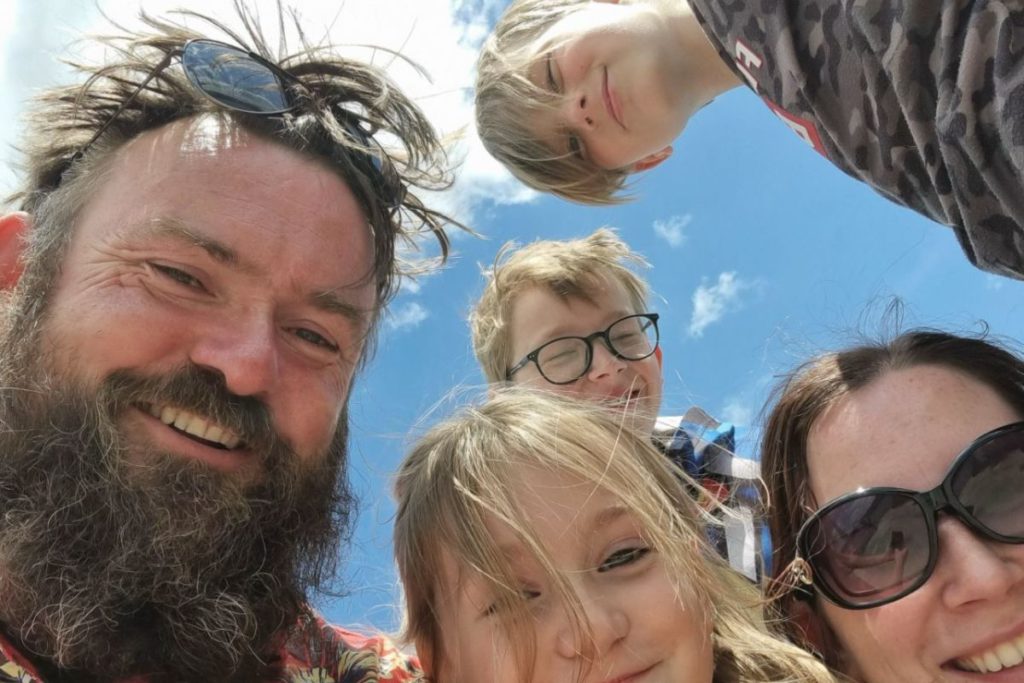 Originally, the farm’s focus was primarily on dairy. Still, Conor said it was extremely time-consuming and that he could not find the labour to assist him. This eventually led him to close the operation in 2018.

“It costs a lot to produce milk, and it was also taking a toll on my health.”

Conor started his Wagyu by buying seven embryos at €1,000 apiece. “Only two embryos were successful. I ended up with two bulls; 1 was infertile, and the other was very fertile.”

He slowly built up the herd and sold nothing for ten years.

“It takes time and patience to build a herd from scratch, especially a newly-introduced breed like Wagyu. There was no one I could ring. I had to do it all myself.” 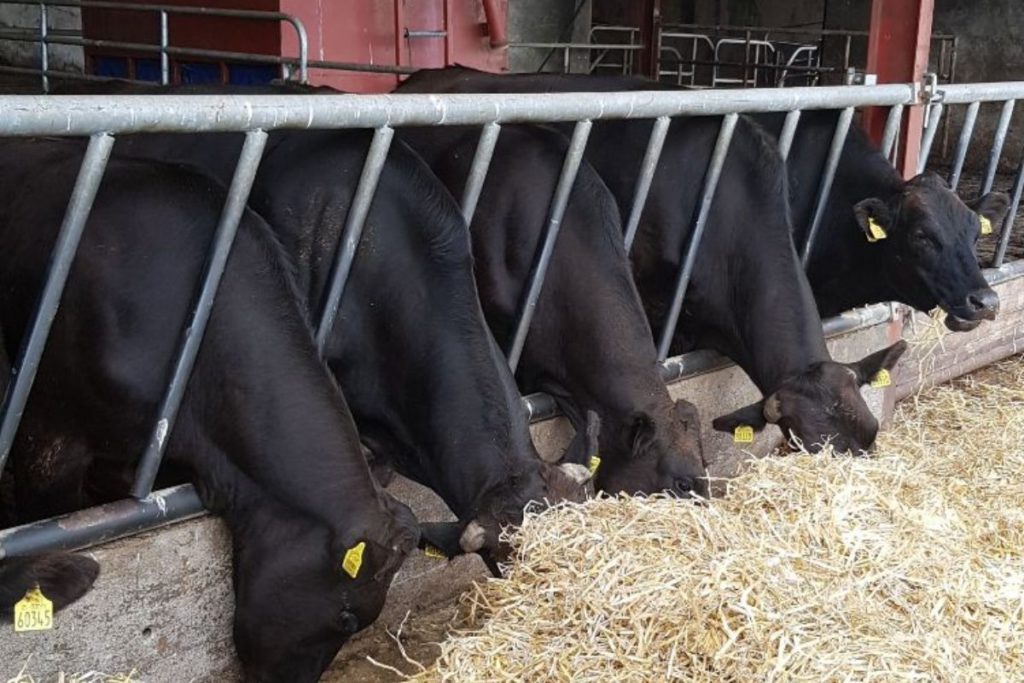 Conor says the Japanese used the Wagyu as a “work-horse” in agriculture, which explains their wide shoulders from centuries of pulling ploughs.

The breed’s spread outside Japan only started late in the previous century. Since then, it has grown in popularity in countries like Australia, the United States, Canada, and the United Kingdom.

Worldwide, Wagyu meat sells at a premium to the meat of other breeds, which can be attributed to its unique marbling throughout the flesh and the exceptional taste that this creates.

The Wagyu on Conor’s farm are mostly breeding-females, and calving takes place during May, June, and July.

“It’s much easier during these months as I prefer them to calve outside. They are then also less prone to pneumonia and other infections.”

“I cannot afford to lose a calf. Replacing them is not as easy as popping out to the mart and buying a new one. I have to be very careful and efficient with every calf.”

Conor leaves calves with their dams, which he believes is much better and more economical. “The calves leave the mother after about 8-9 months and are on their own for about another 2½-years.”

Conor says it takes about 27 months for the marbling gene to come into effect and that slaughtering takes place at about 30 months.

“Sometimes it takes longer, especially if the cattle have not yet matured to their desired weight of 650kg, which translates to a deadweight of about 320kg.”

The carcasses are left hanging for 14 days. “Usually, it would be 21 days. However, with the Wagyu, we do not as the marbling will disappear.” 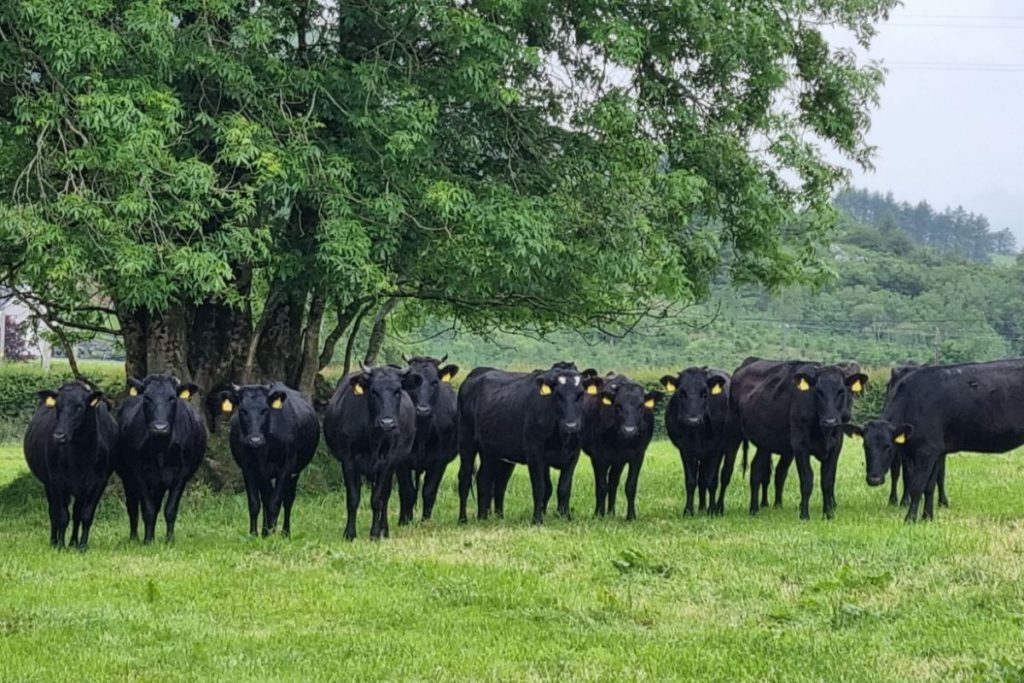 Finnow Farm’s Wagyu are crossed with Aberdeen Angus genetics. “The Japanese Wagyu has a heavy marbling that is more fatty, which is not to everyone’s liking.”

“The Irish pallet is light, and they are not so much into the fat, but more into the meat itself. Hence my Wagyu consist of ¼ Angus resulting to the cross often being referred to as Wangus.”

Conor adds that Wagyu works the best with one other breed in the mix. “I have cross-bred with Holstein before, and it was a great mix. They work fantastically together.”

He is also working towards having his own genetics. “I have kept the best of the animals for myself and am hoping to have my own pure breed in three years.”

His cattle are primarily grass-fed, supplemented by grains that Conor gets from his local miller. Conor says that he has stopped using fertiliser and now only relies on slurry.

“Next year, I am planning to have the cattle graze in the mountains where they will feed on different types of grasses. This will allow me to use the fields down on the farm for silage for the winter, or I can lease the ground out to other farmers.”

Looking forward, Conor says his first aim is to sell his first batch of meat successfully.

“It has been a massive challenge in getting the new business launched and going direct-to-market.”

“It has required much time and investment to bring us to where we are now. But so far, so good. The response has been overwhelming.”

He says that despite the new enterprise’s challenges, going on your own and selling directly also comes with benefits.

“As a farmer, I have never really been in control of my product. Going directly will hopefully improve my cash flow position and allow me to be in control of the whole supply chain from the farm to the fork, which should also give the customer greater peace of mind and greater understanding regarding where their product comes from.”

Conor has no intention of expanding the herd much further than current levels as that would require him to start fertilising again, which he is not keen on doing. He would rather buy cattle directly from other farmers if he runs out of his own stock.

Also, he would like to strengthen the breed by getting more semen closer to the source in Japan.

Looking ahead, Conor plans to launch a progressive website that will facilitate the sale of his meat that in future will include his sheep and Angus.

Furthermore, he wants to build on the platform he has created in recent months to create more awareness amongst the general public about what happens on a farm, the lives of those involved, and a greater general understanding of food provenance.

This will include additional videos on social media and the possibility of people visiting the farm to experience the working of a farm. 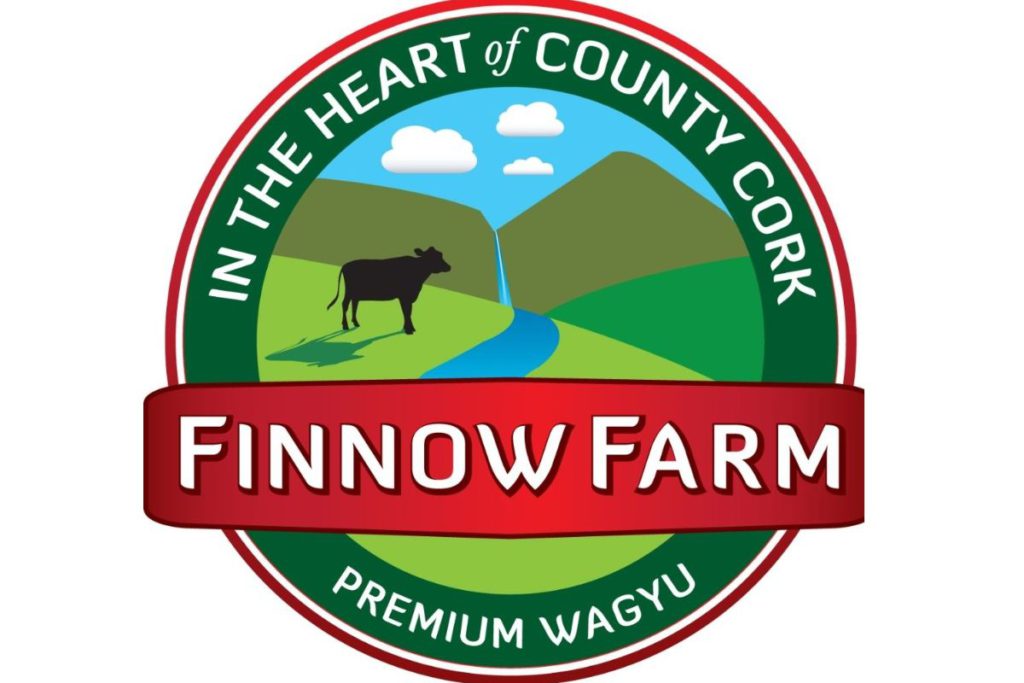