That's FarmingThat\'s Farming Irelands Largest Farming News, Properties and Classifieds Network
HomeBeef‘Grooming cattle is no different to a man or woman heading out... 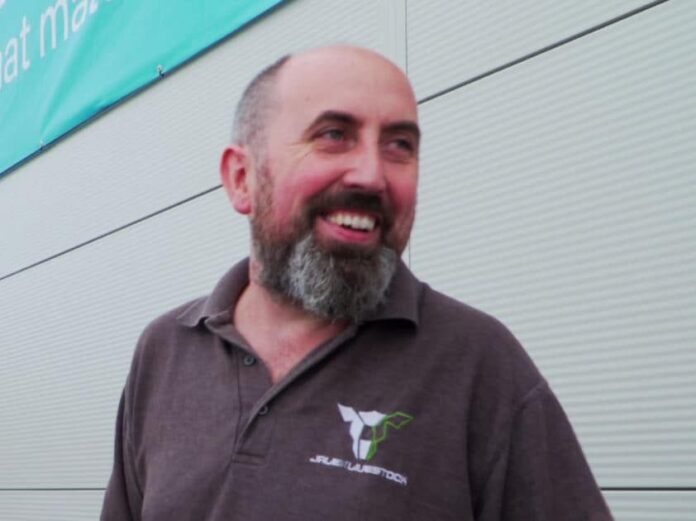 The next episode of Rare Breed, which returns to our TV screens on Tuesday, April 5th, 2022 at 8 pm, focuses on Balmoral Show.

The series’ farm families are attending the show, which following a two-year break after falling victim to the Covid-19 pandemic, was back with a temporary autumn date.

For the Garrett family, this year is their second time competing at Balmoral Show with their Dexter cattle.

While Rachael and Mervyn have brought their caravan to make a holiday of it, they do not get the good night’s sleep they had expected as one Dexter cows have other ideas.

“We got here, that’s the main thing – it is nice to be back and be part of the show again,” says Rachael during the TV episode.

“I don’t think I am competitive, but Ruth knows me better than I do,” he laughs.

This year, he has high hopes for Mya the cow, which he named in honour of his eldest child. He’s grooming his cattle and says: “it’s [grooming cattle] no different to a man or woman heading out on a Saturday evening”.

Balmoral’s move to a September date clashes with breeding season for sheep farmers such as Áine Devlin, and so this year the sheep classes are cancelled.

She points out that it is too risky to bring sheep, as you need a good success rate for AI and embryo transfer. However, Áine is still as busy as ever as she focuses on her second job which has a trade stand at the show.

Every year, farmer, Libby Clarke, works the rings providing commentary on the day’s events, and she is delighted to see the return of Balmoral to celebrate “the best animals in the country”.

She is watching the cattle arrive and the farmers getting them settled. “It is like the calm before the storm here in the cattle hall,” she says,

“Balmoral is a real showcase, it’s more important than ever,” she adds.

The show catches up too with Libby’s daughter Lucy, who is at Greenmount. She is “proud” of her mum’s commentating skills saying, “She’s really natural.”

Kendall Glenn is usually hands-on at Balmoral, but this year she is a spectator. For Kendall and her fiancé Chris, it is “a chance to catch up and have a good nosy at everyone else’s cattle”.

“It’s great to be chatting rubbish!” she says.