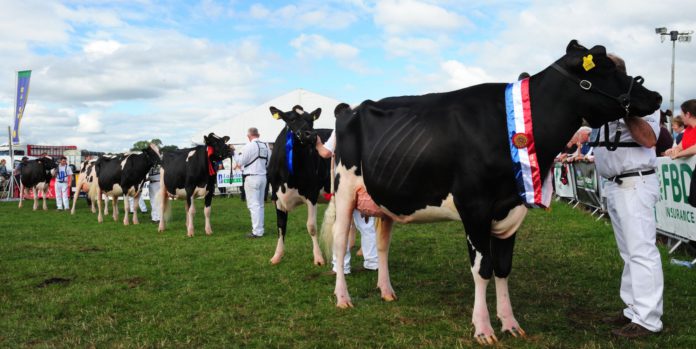 History was made as Joseph Molloy, a dairy farmer from Leamore, Boora, Co. Offaly, was the unanimous choice of the meeting which took place over Zoom for the first time ever.

Joe has been a member of the show executive committee for several years now, and has been involved in several roles of responsibility, most recently as head of carparking.

He is well-known locally through his involvement with the Tullamore show and other organisations such as the very successful Leamore development association as well as his prominently placed dairy farm on the edge of Lough Boora which he farms in partnership with his son, Paul.

Glowing tributes were paid to outgoing chairperson Brenda Kiernan, having successfully guided the show through the last four years.

The new chairman paid tribute to the great work of Freda Kinnarney on her retirement, who has been a part of the show for the last 27 years and will remain on the show executive.

Chelsey Cox McDonald has taken up Freda’s role as show secretary, having worked with Freda and Tullamore Show for the last 12 years.

The business graduate, who has a keen interest in farming, has held the role of office manager and has been instrumental in the success of the show in recent years.

Conor Camon, a dairy farmer and agri advisor from Cloghan was elected as assistant secretary. Rodney Cox, a former chairman, remains in his role as treasurer and will be  assisted by the newly elected Ann Starling.

Ferbane native, Steven Kelly, will take up the role of show PRO. He will be assisted by the outgoing PRO Christy Maye.

In a statement, a spokesperson said: “Tullamore Show has over 30 executive members who are exploring new possibilities and are looking to a bright future and a show that will hopefully go ahead this year.”