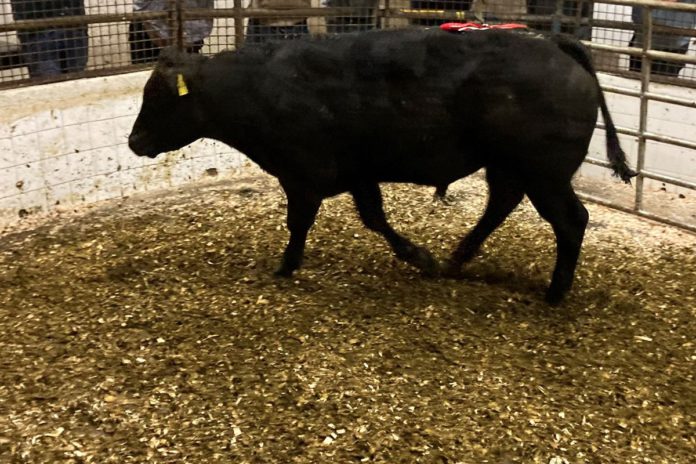 ‘Premium’ prices for beef and store cattle at Tuam

According to Marion Devane, there was a “noticeable lift” in bullock and heifer prices at Monday’s sale at Tuam Mart.

The mart manager reported “a lively and desirable trade”. “The manoeuvre by factories pulling the price this week did not appear to hinder trade.”

“Premium prices were paid for both quality store and beef cattle with a brisk ringside and online activity from buyers.”

“Similar to last week, there was exceptional cow trade at this week’s sale. Prices surpassed €2,000/head. Cows averaged at €2.05/kg.”

Devane reported a “tremendous” heifer trade as stores made in excess of €2.86/kg, and beef cattle surpassed the €2.50/kg mark. “There was strong demand for lighter flashy continental heifers types by farmers.”

Devane commented: “A relatively small number of weanlings were on offer, but trade was met with a lively demand from farmers, shippers and northern buyers.”

“Also, Jack Walsh from Shrule won the Belgian Blue Bull class, and Michael Keavney from Glenamaddy won both the weanling bull and heifer classes. Again, a special word of thanks to St. Jarlaths Credit Union for continuing to be our main sponsor for all our special sales.”

To include your reports, email – catherina@thatsfarming.com