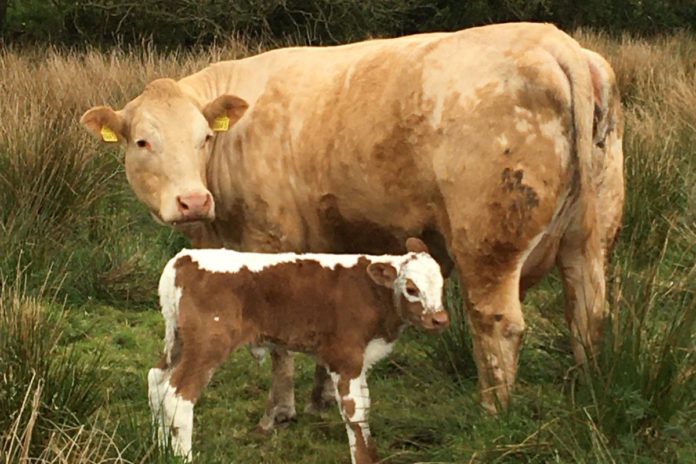 That is according to Brendan Golden, IFA national livestock chairman. He described the new CAP funding and strategic plans as a “sell-out” of suckler and beef farmers by the Minister for Agriculture.

He made this point directly to Minister McConalogue at the farm group’s protest in Tullow.

Golden made the calculation based on the funding allocation and number of participants the minister announced this week.

Golden said the design of the strategic plans and the funding levels allocated to Pillar II targeted schemes compound the impact of convergence, CRISS and eco-schemes on the suckler and beef farmers most dependant on direct payments for their family income.

He said the minister had the opportunity to directly support these farmers with “meaningful, targeted” suckler cow and cattle rearing and finishing schemes but has “failed to do so”.

Golden stressed suckler and beef farmers depend on direct payments for 160% of farm family income.

“These plans are cutting this income by up to 50% through a combination of flattening in convergence, CRISS and eco-schemes.”

“The impact of these measures is further compounded by additional compliance costs and reduced efficiencies, all taking from the pockets of the most economically vulnerable farmers.”

IFA set out clear demands for a €300 suckler cow payment and €100/animal payment for cattle rearing and finishing farmers.

This, the farm group believes, ensures CAP monies directly support Irish beef farmers for producing beef to the highest welfare and environmental standards in the world.

“The minister has ignored these proposals,” Golden stated.

The IFA livestock chairman said the minister’s plans do not provide direct support to cattle rearing and finishing farmers despite the fact these are some of the farmers who are losing the most through convergence, CRISS and eco-schemes.

These farms are integral to the beef production systems in Ireland. He said the proposed strategic plans must include a scheme that delivers €100/animal payment for farmers who rear and finish cattle.

Brendan Golden said the minister had told farmers he is prepared to listen.

“He has got the message loud and clear that €300 for suckler cows and €100/animal for cattle rearing and finishing must be provided in the new CAP.

“Last night, the minister referred to his plans as proposals. Suckler farmers are telling him loud and clear that he needs to go back to the drawing board.

He called on McConalogue to act on their “clear” message and provide the funding in the Pillar II schemes to deliver on these objectives.