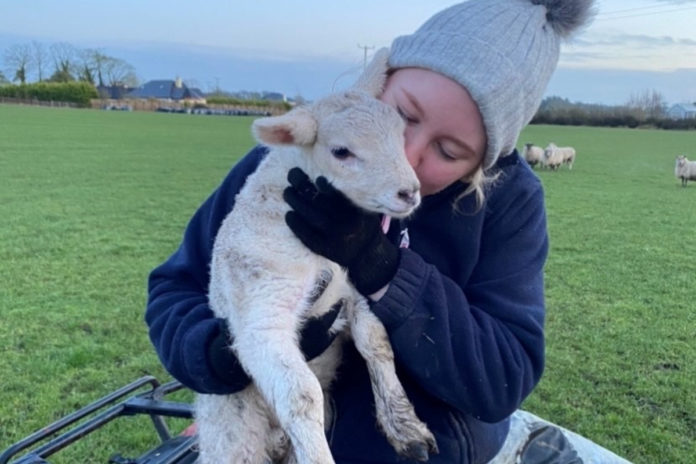 As part of this week’s Student Focus, That’s Farming, speaks to Vivienne McDonagh about studying veterinary medicine in Poland, a gap year, and the importance of work placement.

Working alongside veterinary practitioners throughout her second-level studies sowed the seed for Vivienne McDonagh, who is studying veterinary medicine in Poland.

The Killimor, Co. Galway native, who hails from a suckler and sheep farm, was fifteen-years-old when she set her sights on veterinary medicine as a potential profession.

Her father, Rory, served as a significant influence in her career-making decision, having advised her to consider this pathway during secondary school.

“My father pushed me to do my transition year work experience with vets. He thought I would make a great vet as I could tell when an animal was sick before he’d notice it,” she told That’s Farming.

“Veterinary was my first choice. I wanted to study this course because after all the work experience I did, there was nothing else I wanted to do. I did not get enough points for UCD in Ireland. I talked to some past students from my secondary school that were studying in SGGW and I applied as a Plan B.”

However, the Killimor, Co. Galway native’s gap year, before her venture to Warsaw, offered her an opportunity to gain new skills and experiences. She worked two days weekly in Cloghan Veterinary Clinic’s office and spent the rest of her time on a dairy farm.

“I will always be so grateful for all the experience I got there. I completed work experience with our vets in Cloghan, Co. Offaly every summer for three years and completed a week with them in fifth and sixth year.” 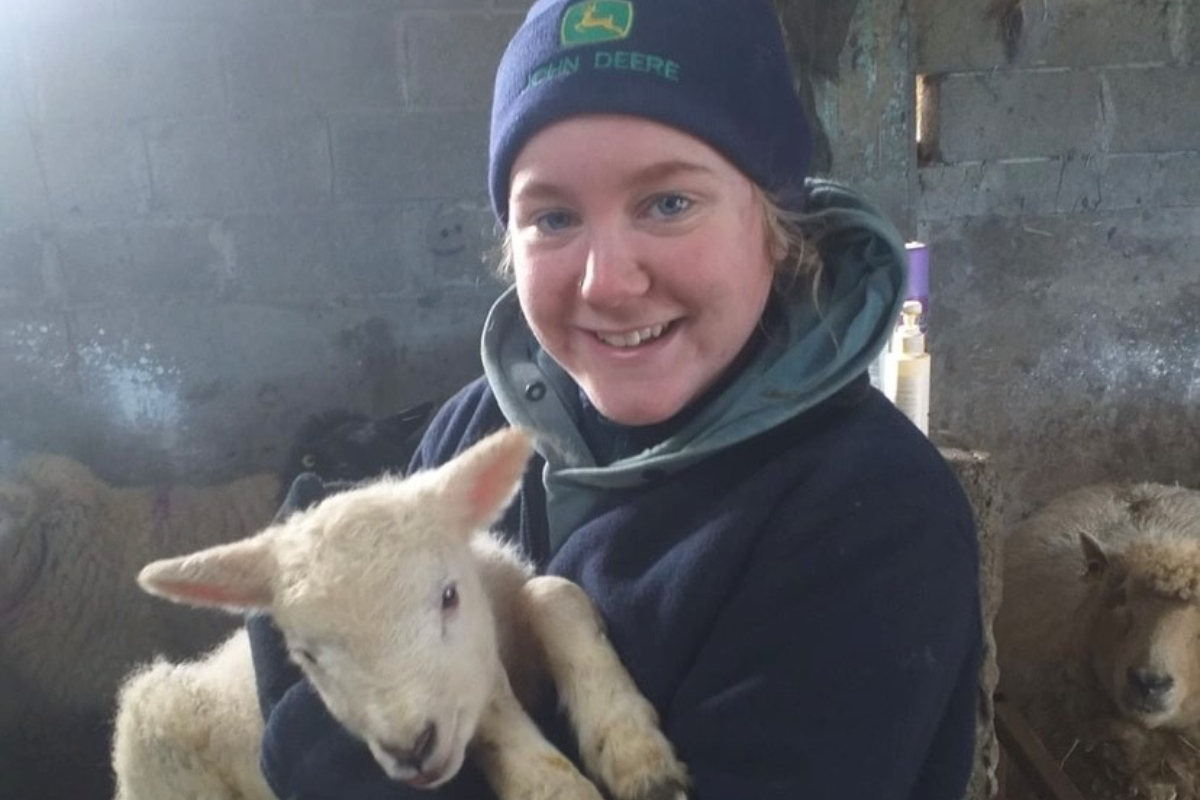 The 19-year-old began her veterinary medicine studies at University of Life Sciences – SGGW in Warsaw, Poland, in September 2020.

The Galway native has found the transition to a new style of learning, revolving around virtual lectures, challenging, with in-person classes being her preferred method.

Due to Covid-19 restrictions, she had one in-person class during her first two months of college, which, she admitted, was difficult.

“I could not concentrate great during online lectures, and it wasn’t the same as being in a classroom where you would pay proper attention and be actively learning.”

“Studying veterinary medicine in Poland has been the best experience. You make the best of friends out there; it can be hard at times when you’re so far away from home and not getting to go home every weekend like other college students.”

“The course involves a lot of hard work and study, late nights, and early mornings around exams. Studying overseas assists with personal development. You must go out and fend for yourself without having your parents standing over you.”

When time permits, Vivienne assists her father, Rory, and brother, Francis, with the running of the suckler and sheep enterprise.

The family farm a 25-cow suckler herd of Charolais, Limousin, Aberdeen Angus, Simmental, and Belgian Blue females. A Belgian Blue is the stockbull breed of choice as part of this calf-to-weanling system.

“Every year, we try to keep just a maximum of 25 as my father works from April to about late October.”

Furthermore, they breed their Texel and Cheviot Suffolk ewes to a Texel ram, slaughtering most subsequent progeny. “Currently, we only have 20 ewes lambing but have 30 hoggets that we will put in-lamb next spring. On average, most of our ewes have twins.”

“We also sow a few acres of tillage each year as feed for cattle and as breeding for sheep. Besides, we make pit and bale silage and also make hay every year, weather permitting.”

“The most enjoyable aspect of farming for me is the care involved with animals, but I find early mornings and late nights challenging.” 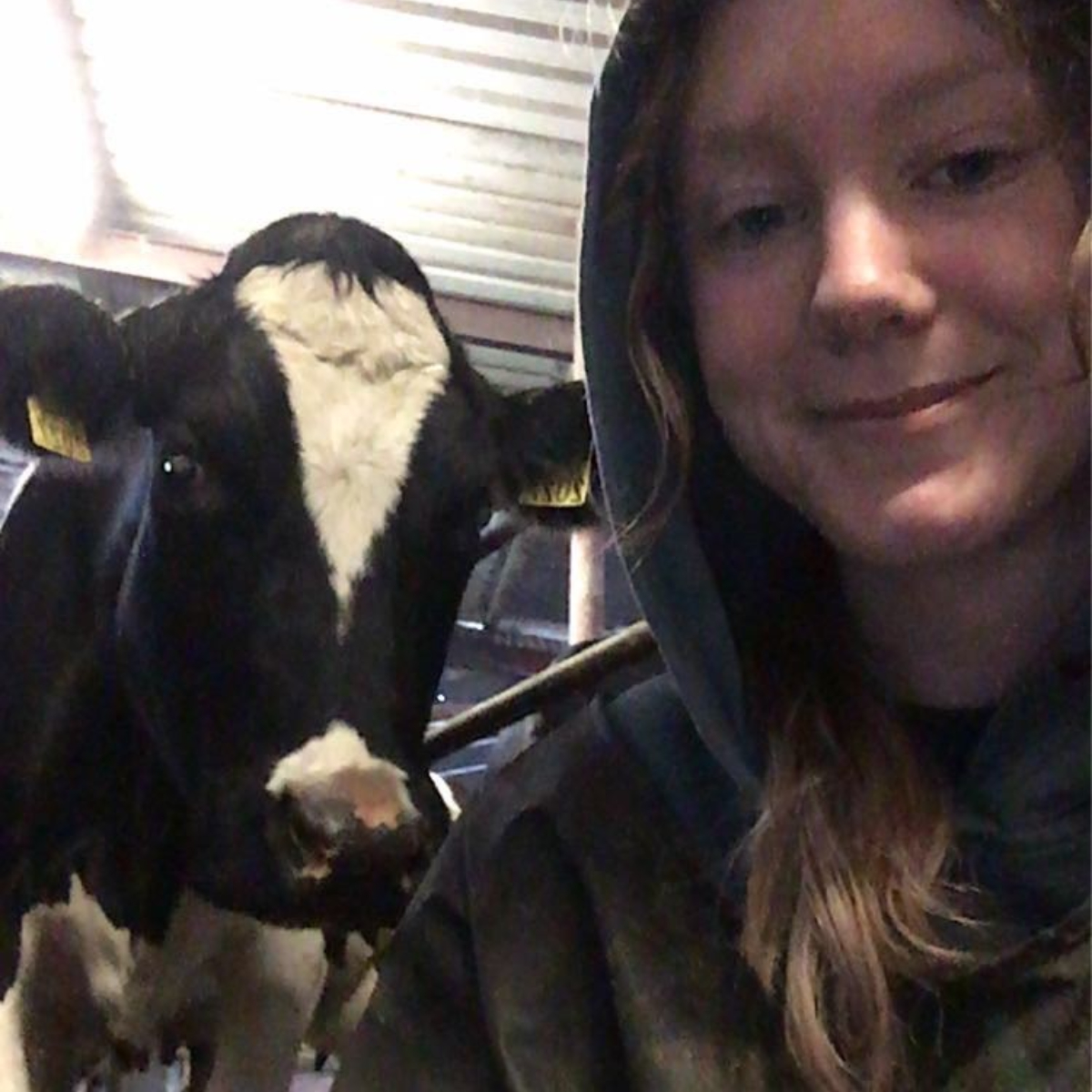 Looking ahead, the Galway native intends to enter the working world immediately after she graduates in 2026 and finally do what she has “wanted to do for so long”.

Her ultimate goal is to be a competent vet as she aspires to be like Ollie and Fiona, who have been her mentors.

“If veterinary is something you are considering, make sure it is 100% what you want. Do plenty of work experience and communicate with people in the course.”

“My advice to people who do not get enough points is to always consider going abroad to fulfil your dream of becoming a vet. Honestly, it is the best thing I have ever done. I would never go back in time and take a different pathway.” she concluded.

- Advertisement -
Previous article‘If calves do not leave, farming is over here’ – Scallon on live exports
Next articleWeather: Mixed bag in store this weekend