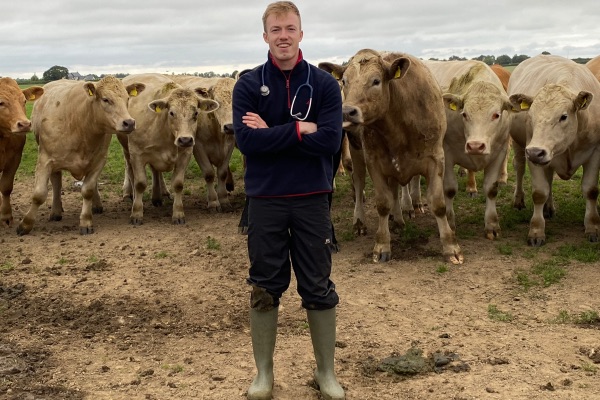 Third-generation vet, Kevin Maher, began attending call-outs to farms with his father at the age of three.

The Athy, Co Kildare native grew up emersed in a veterinary environment as their clinic was right beside his house, so it was a natural progression for him to pursue a career in this field.

“Dad is a vet, and his name is Kevin. His father was a vet, also Kevin, so I am the third generation of vets named Kevin Maher,” he told That’s Farming.

“I come from three generations of farming on my mother’s side. From a young age, I thought about being a vet; I used to joke that I did not really have a choice.”

On his mother’s side, there are three generations of farmers.

“My earliest farming memory is being in the combine harvester with my grandad during the summers when I was around 4 or 5.”

“I also remember my grandad bringing back bullocks from the mart and showing them off to my granny as they came out of the lorry,” the 25-year-old added.

Other courses, such as physiotherapy and biomedical engineering, crossed his mind, but “veterinary was always number one”.

“My grandad, Liam Owens, ran the farm for 70 years before passing away last year. Olwyn has now taken over the running of the farm by herself.”

They have approximately 180 livestock and buy-in 14-month-old bullocks for fattening.

“They are kept for around 6-8 months and then sent to the factory.”

Kevin enrolled in the veterinary medicine programme at Szent István University, Budapest, in 2015. He explored alternative routes after he fell short of the points to secure a place in UCD.

He contacted Tim O Leary, the college’s Irish correspondent, to seek a place for the following year.

“I had not applied for the year 2015, but fortunately, there was a free spot. In a few days, I was on a plane to Hungary.”

“I had heard great things from vets that had already qualified from Budapest, and of course, the number of Irish out there was a huge factor.”

“After spending my five years in Budapest, I honestly could not have imagined studying anywhere else.”

“The course itself was tough, but if you put your head down at the right times and work hard, then you will be okay. The city itself and the people I met over there made it. It was hard leaving in March when Covid hit.”

“The practical side has its ups and downs. As a country where English is not spoken everywhere, it was hard to make the most of the practical experiences.”

Kevin completed the majority of his work placement in Ireland over the summer months.

The last two years of the course were his favourite.

“I had become more comfortable living away from home and got the hang of getting through exam season.”

“Living with three of my best friends and having everyone else live so close helped too. After five years, we were like a family.” 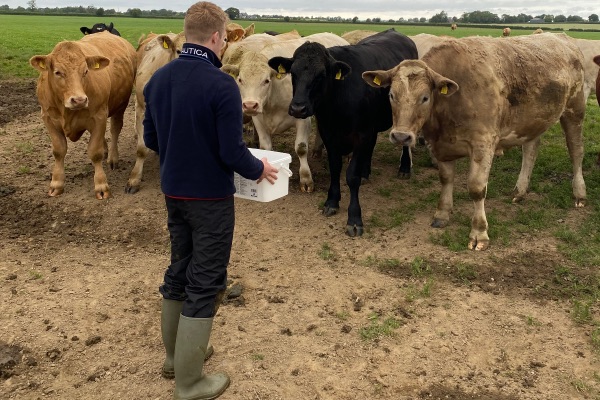 Life as a new grad vet

Kevin began working at Vet Care Athy, a mixed practice with ten veterinarians and four clinics, after graduating in February 2021.

“I started working for my dad as he was struggling to find vets himself. So as I knew everyone in the clinic already, everybody was extremely helpful and still are.”

“However, I will be looking to move as soon as I can, but at the moment, I am enjoying work.”

Kevin enjoys the variety a mixed practice presents. “I could not say I am passionate about just one area, but I think in the future, I would like to specialise in an area in small animal medicine.” 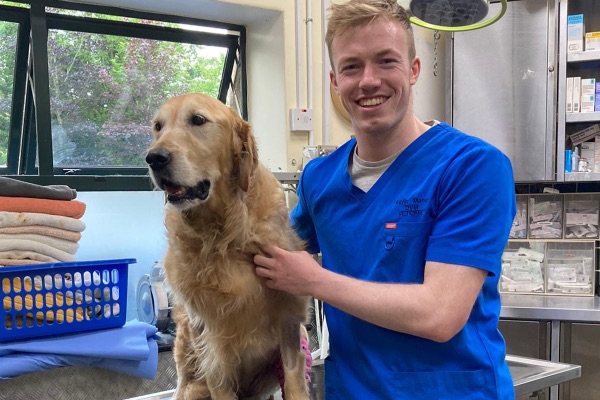 Kevin advises new grads to “not be afraid to ask questions; it is the easiest way to learn”.

“Being a new grad is not easy, so do not make it harder on yourself.”

Kevin believes the support for new grads has “definitely increased over the past few years”. He also advises new grads to “try to get as much experience as possible”.

“Who you work with has a big influence in that, but after spending five years as a student, it is great having more responsibilities and more opportunities.”

Kevin enjoys small animal surgeries the most as “each next one is a new challenge”.

“Well, I dislike hearing my phone ring in the middle of the night but other than that, not really. Anything that I have not come across yet is a challenge, but that is just going to be life for a little while.”

“I always hear ‘you learn something new every day no matter what stage you are at’.”

In Kevin’s eyes, patience is a key quality for any vet to possess.

“I think hard-working, determination and your ability to concentrate are all qualities needed to be a capable vet but patience, and keeping a cool head are at the top.” 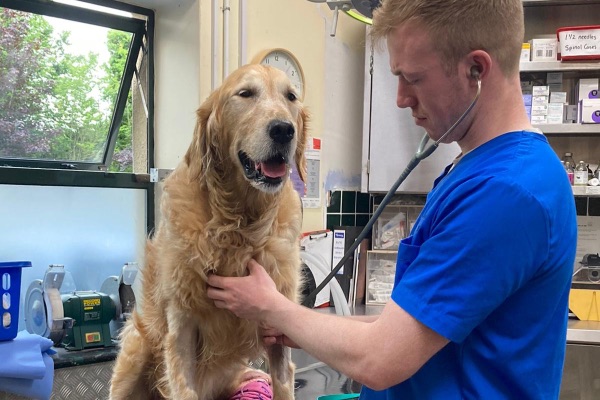 Career-wise, Kevin relishes the idea of owning his own practice.

“At the moment, though, I am just taking each week as it comes. However, I would like to have a couple of years’ experience under my belt before I jet off anywhere.”

In the future, he may further his studies in ultrasonography or soft tissue surgeries.

“That is in the distant future though, I am finished with studying for a little while,” Kevin admitted.

His goal is to be a “confident, capable vet, well experienced and to have seen my fair share of interesting cases”.

Looking at the future of veterinary medicine in Ireland, he thinks “more vets are needed”.

“As good as job prospects are at the moment for vets, a lot of practices are struggling to replace vets when they leave.”

In Kevin’s opinion, “life as a vet can be exhausting but enjoyable. As tough as it can be, it can be equally as rewarding,” Kevin concluded.

Have you studied or are you studying veterinary in Budapest? If so, email – [email protected]