The Virginia, Co. Cavan native was chosen to receive the prize during her final year at Harper Adams University, where she completed an honours degree in agriculture with animal science.

Sophie showcases her farming life on her 18k-plus following on Instagram whilst balancing farm work with a position in veterinary pharmaceuticals.

Due to the Covid-19 pandemic, the annual Harper Ireland dinner and award presentation were unable to take place in 2021; however, Sophie returned to Harper Adams for the annual Paddy’s Ball in March to collect her prize.

The President’s Prize is awarded to a final-year student for their outstanding contribution to Harper Ireland or the wider student community during their time at the university.

The vice-chancellor, and president of the Harper Ireland student society, Professor Ken Sloan, award the prize.

The judging panel described the Cavan native as a “dedicated and caring student”, who was an ambassador for the university throughout her studies.

They said she was committed to Harper Ireland from the outset. Furthermore, she “actively immersed” herself in student life in the broadest sense.

The judges remarked that she has encouraged and influenced others to come to the university.

The judges said: “Having previously been quiet and shy, she feels more confident and independent as a result of pushing herself out of her comfort zone by coming over from Ireland.”

“Sophie hides her light under a bushel; she has thrown herself into sports, Harper Ireland, ambassador work, placement, and supporting others in doing the same.”

“She does not just represent Harper Ireland, but is a genuine ambassador for the university. A lovely and humble student who is very deserving of an award for an unsung hero,” they added.

“I have taken a small bit of time off relief milking, which I have been doing for the autumn and spring calving period, but I would like to get back to it soon. It is hard to do everything, I guess.”

“I am settling into life outside of education at the moment; I am really enjoying my full-time job in the veterinary pharmaceutical industry and contract rearing heifers for a local dairy farmer on our own farm.”

“Harper was a wonderful experience; I learned a lot about agriculture and made some wonderful friends and memories.”

“Honestly, I did not expect to win this prize. However, I am very grateful to be recognised by the university for the work I have done; it is very uplifting.”

“Covid was quite a struggle to adapt to during my final year. However, I am looking forward to our graduation in July and seeing everyone again.” 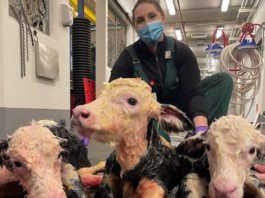 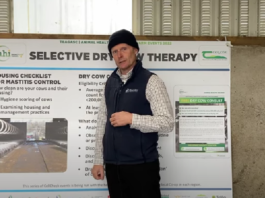 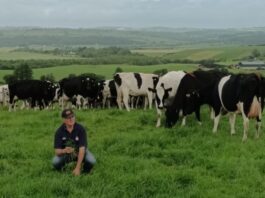 ‘I think there is a good future for the dairy farmer...