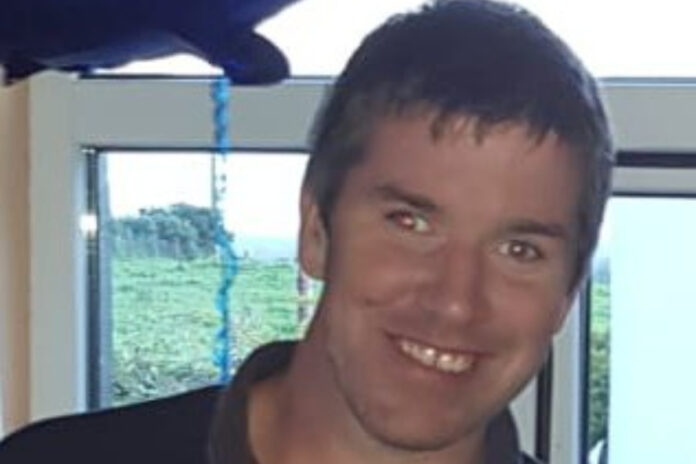 “Be careful. An accident is an accident; you do not mean for it to happen,” the sister of a Sligo farm accident victim told attendees of a charity auction earlier today (Thursday, December 15th, 2022).

Family and friends of the late Mark Hargadon organised a charity auction at Aurivo Ballymote Mart this afternoon in his memory to raise funds for North West Hospice, Sligo.

Hargadon from Corrigeenmore, Ballymote, Co. Sligo passed away at Sligo University Hospital in September 2021 following a tragic incident involving a tractor and trailer on his farm.

His sister, Marie, addressed crowds ahead of the auction, which saw the mart’s resident livestock auctioneers, Pat Burke, and Gerry Campbell, take to the rostrum, following the mart’s final general cattle sale of 2022.

Marie said: “Thanks a million for coming out in your forces today. On behalf of our family, I have been asked to thank everybody most sincerely for organising this event.”

“Mark’s friends kindly got together and thought of this idea, which is a fitting tribute in his memory. We would like to thank everybody on the committee for giving their time and organising this.”

“We would like to thank each and every one of the contributors to this auction today, both in donations, your time, cash donations and those who have shared information on social media to bring about awareness of the auction. There are too many people to mention by name.”

“The turnout today is absolutely fabulous. We are blown away by the sheer amount of donations that have been submitted for the auction.”

She described the public’s generosity as “astounding” and added that the family are “just speechless” by the level of support that the event garnered.

Marie continued: “In way of this, we want to highlight farm safety and just share awareness.”

“Take an extra bit of time and make sure you are safe in everything that you do.”

“What happened to Mark was devastating to the entire family and community. If someone else can be saved as a result of highlighting this, it would be great,” she concluded.

In drawing the auction to a close, Pat Burke dubbed the event to be a “resounding success” and confirmed that organisers would reveal the final sum the auction has raised “in the coming days”.