That's FarmingThat\'s Farming Irelands Largest Farming News, Properties and Classifieds Network
HomeBeef‘I think suckler farmers are rewarded for quality but not to a... 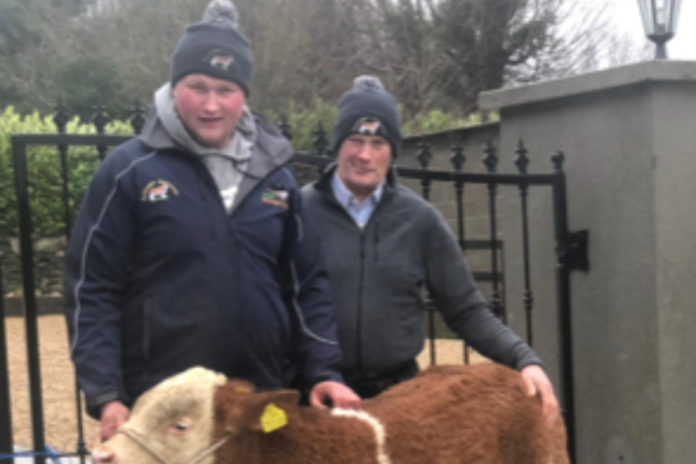 As part of this week’s Suckler Focus, That’s Farming, profiles Ronan Finn, a commercial and Simmental cattle breeder, who discusses converting from a dairy-calf-to-beef system back to suckling.

They operated a dairy-calf-to-beef enterprise for a period but switched back to suckler farming two years ago and now run 30 commercial cows, alongside their 4-strong Ballyregan Simmental herd.

The Ballyregan, Craanford, Gorey, County Wexford natives both farm on a part-time basis as they hold full-time employment off-farm.

In October 2020, Ronan, a third-generation farmer, established a pedigree Simmental herd under the Ballyregan prefix.

His foundation female came in the form of an in-calf cow from Mr T Murphy; she produced a bull calf, which Finn hopes will have a promising career on the show circuit when circumstances allow.

“I selected Simmental cattle as my grandfather had them in the early 1970s, when they first came to Ireland, and they proved to be very successful back then.” Ronan, a third-generation farmer, told That’s Farming.

“Simmentals are very docile and easy to handle. Furthermore, they possess desirable characteristics such as superb maternal abilities, producing a great calf that has many different abilities, whilst they also make a great beef animal.”

“As there is a significant increase in the number of dairy herds, we believe that Simmental can increase a dairy farmer’s profit. You have an excellent beef calf to sell and receive a higher price.”

“Besides, Simmentals also work well for a suckler farmer. They are great milkers and have quality beef calves, which will leave a profit.” the Simmental breeder added. 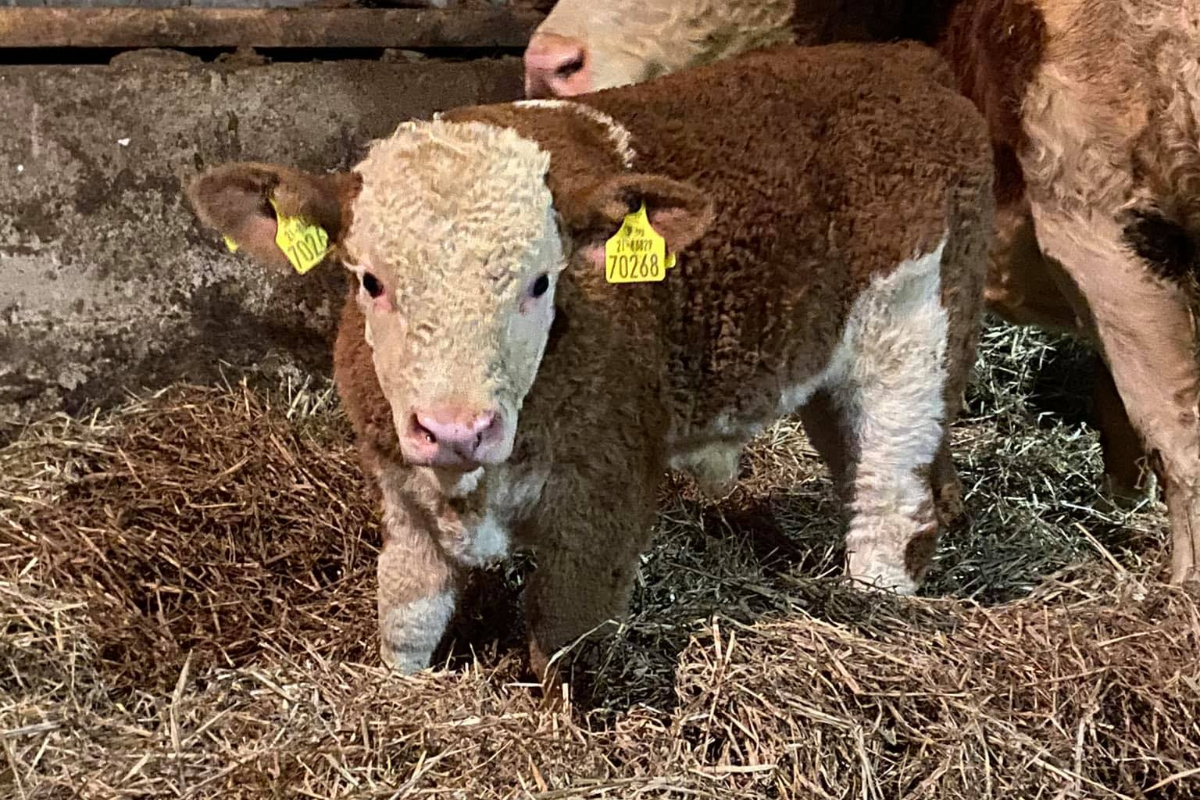 From this, the Finns will change the commercial herd’s stockbull breed to Simmental next year to suit requirements.

Currently, their breeding programme takes the form of AI on pedigree cows and a Hereford stock bull on commercials. After research, the Finns opted for Hereford, as over 75% of their herd are first-time calvers.

“We select these intervals are we try to keep our workload to a minimum. We calf pedigrees in October and November to produce bulls for spring-calving herds. These bulls will be 18 months the following March or April.”

“We calf commercial cows from February onwards as this allows us to get them out to grass soon after calving. Furthermore, this gives us a good weanling to sell at the end of the year. We sell subsequent progeny as weanlings from 8-10 months-old at Carnew Mart.”

“We find that Hereford is a hardy breed and finish very well. There is always a good demand in the mart on sale day.” 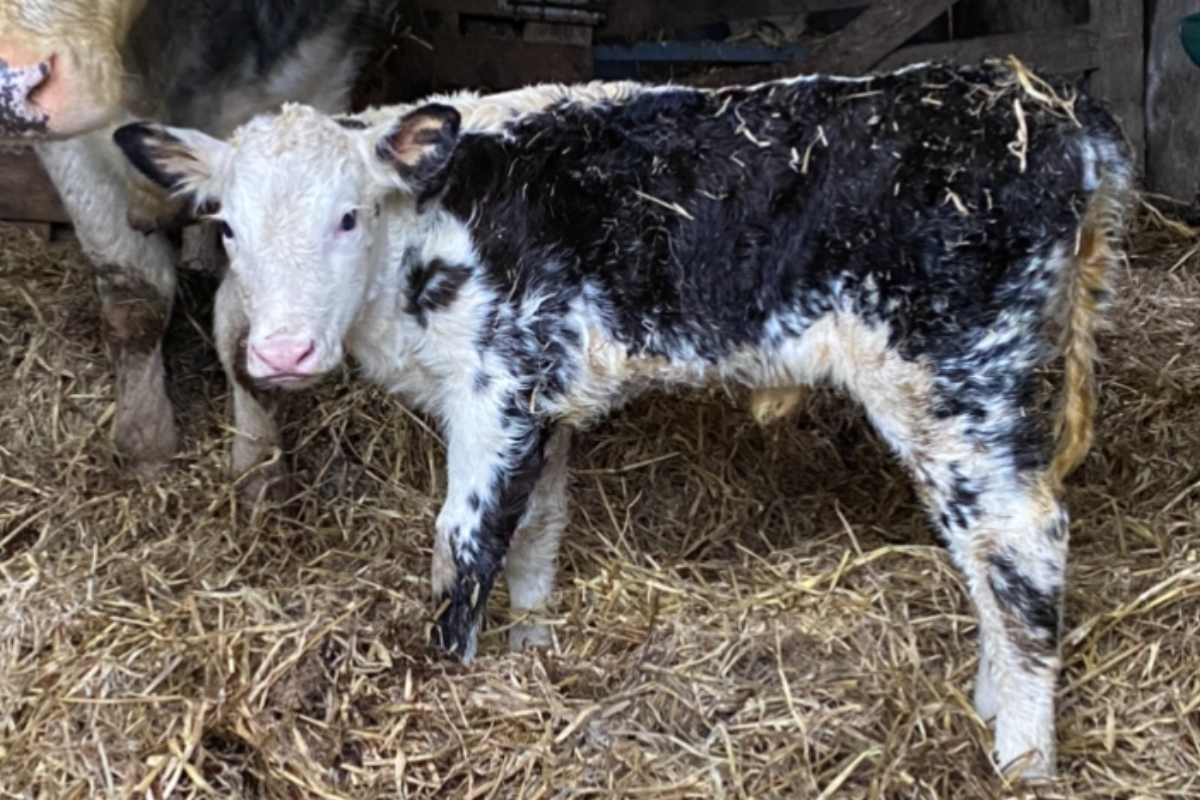 Their ideal breeding female is a “beefy cow with lots of milk”, with a Belgian-Blue-cross being one of their preferred types. “You get a good milking strain from the dairy side and terminal traits from the Belgian Blue. You end up with a very good calf as milk is key to rear any calf.”

“The Angus also gives some of the same traits; they are also a very hardy breed. Besides, my ideal Simmental is a big, well-conformed cow that will produce a good show calf.”

Ronan’s plan for the pedigree herd is to retain all heifers to increase numbers and sell bulls for breeding purposes at 18 months.

The father and son team source their commercial replacements as calves from Wicklow Calf Company, which provide a “great service and deliver quality cattle”.

“In our opinion, the key factors in running a thriving suckler herd is to focus on grassland management and get that to a high standard as grass is the cheapest source of feed. Also, to produce a quality calf every year as quality will always stand out on sale days.” the Simmental breeder added. 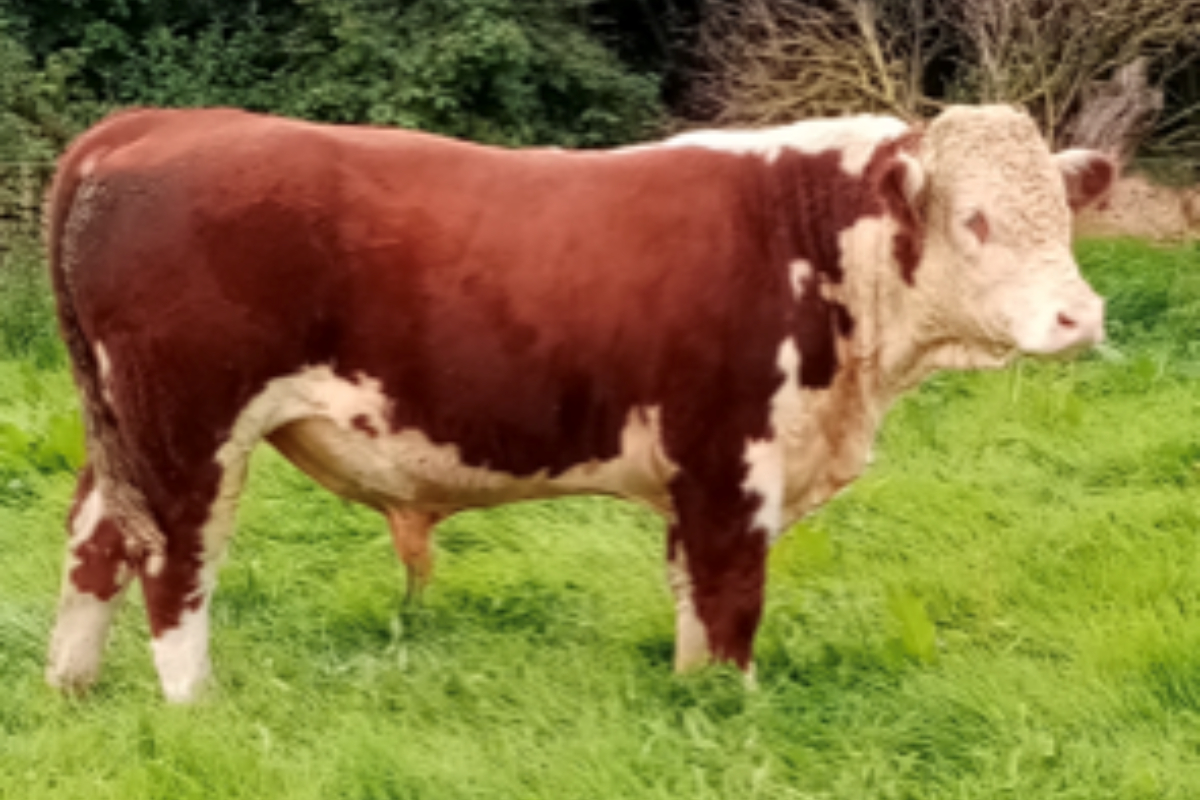 On the other hand, the Wexford natives farm a flock of 20 Charollais-cross-Suffolk early lambing ewes, which they breed to a Suffolk ram.

They lamb from the middle to the end of December to produce an early lamb for the Easter market, whilst the system is also compatible with their calving system.

They operate an indoor lambing system and aim to turn ewe and lamb pairs out to pasture by February 1st, weather-permitting.

“We replace our ram every two years, as we keep our replacement ewe lambs. The number of replacements that we keep depends on the number of cull ewes to maintain a steady number of ewes each year. We bring all other lambs to slaughter to Irish County Meats in Camolin.”

The sheep farmers flush ewes to achieve compact lambing within six weeks, with their most recent lambing rate standing at 1.9%. The main driver for maximising performance on this sheep farm is grassland management, with an aim to exploit each individual paddock’s potential. 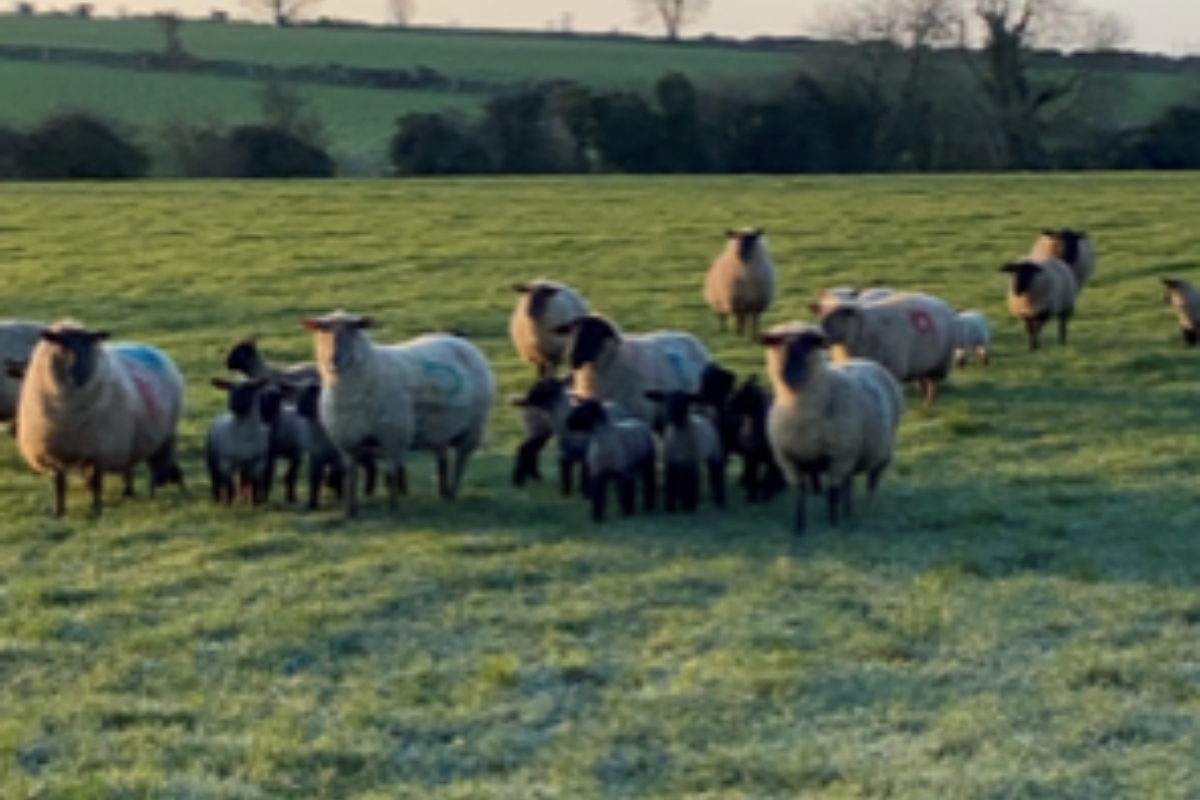 Ronan’s main plan for the future is to focus on his farm’s pedigree arm, to move towards 50:50 pedigree and commercial cows.

In terms of their sheep flock, the family intends to maintain numbers at 20 head and focus on quality, which mirrors one of their suckler enterprise’s goals.

“I also believe that grassland management is an area that I can always improve. I think to have a future in suckler farming, you need to focus more on quality.”

“As there are fewer numbers of suckler-bred cattle and more dairy-bred cattle, quality, overall, is going to decrease slightly, so I think this is an area where suckler farmers need to focus on.”

“Overall, I think suckler farmers are rewarded for quality but not to a high enough level. There needs to be something there for a suckler farmer to be rewarded more for their quality cattle. An incentive would increase the overall quality.” the commercial and Simmental breeder concluded.