That’s Farming speaks to the Walsh family of Rockhill Aubracs in Co Donegal. We discuss their long-standing association with the breed, links with its home in France, EWS Butchers and the breed’s growing popularity amongst suckler and dairy farmers.

In the space of twenty-one years, Rockhill Aubracs has notched up a trial of show successes nationwide, secured top prices at society sales and developed a premium beef brand.

John, along with his two nephews, Evan, and Kyle, oversees the running of the multi-prize-winning herd in Ballintra, Co Donegal.

“Our grandfather, Eddie Walsh, was the first person to bring the Aubrac breed to the northwest of Ireland.”

“To add to the Aubrac stock on the farm, we purchased more in-calf females from the Union Aubrac in France, through Kim and Merille McCall, Calverstown Herd, Co. Kildare.”

“We became a member of the Irish Aubrac Society in 2000 as our first calves were on the ground. We are breeding Aubrac cattle from 2000 to the present day,” he added. 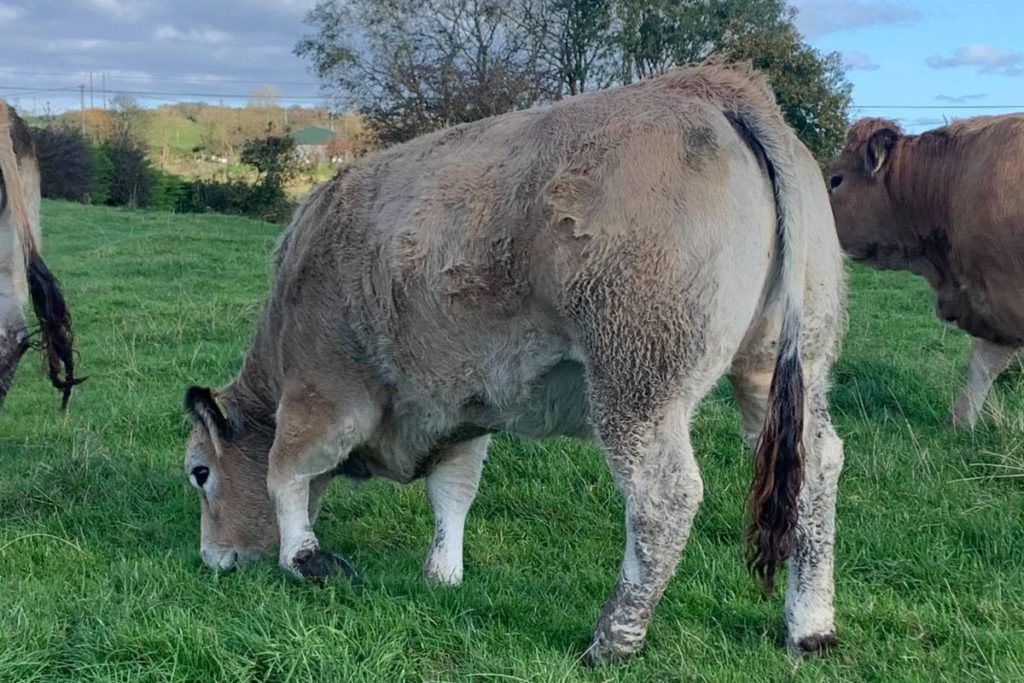 The family desired to upgrade their herd’s bloodlines, which in 2004, resulted in a trip to the breed’s home in France, where they purchased Frazet, a full Delrieu bloodline.

This led to their debut appearance on the show circuit in 2006, where one of his subsequent daughters, Aurora in 2006, became their first of several champions.

“From that on, we have been breeding show champions consistently,” Evan added.

“We won the champion silverware four years in a row at the annual Irish Aubrac Cattle Society sale in Tullamore,” added the winners of several titles at the Beef Expo in Kilkenny and Tullamore Agricultural Show.

“We handle all our stock from a very young age. They are haltered, walked and groomed, which makes management at sales easier.”

“Halter-training can be a time-consuming, but a rewarding process. In brief, we tie cattle up in a crush and then take them out on the rope to walk them, gradually building them up. We train some as calves and others as weanlings.” 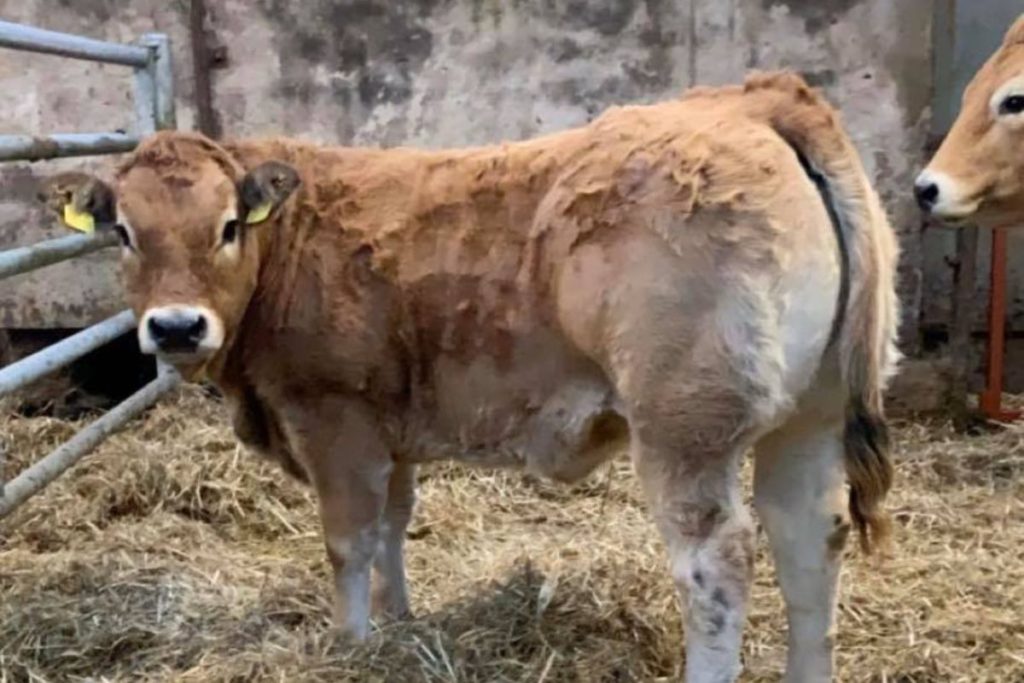 They still have six Frezat daughters on their Donegal-based farm; in fact, they claim their complete herd carries his bloodlines.

“We travel to France often to purchase bulls to add new bloodlines to our herd and use little AI. For example, we purchased DPZ in 2010 to cross back on our herd. DPZ semen is also available via Bova AI station.”

In 2012, they returned to France to purchase Caporal, a 7-year-old bull. “Caporal is a full Tardieu bull. His grandmother, Parise, is the highest index cow in France to this day.”

Furthermore, they acquired Delrieu Miami, who carries Delrieu Bouball blood, in 2017 from the Delrieu family. As recent as 2020, they added Marquis, a 7-year-old bull from the breed’s home.

“He was born and reared on the Bouball farm, and we were lucky to be able to purchase this famous bloodline,” Evan added. 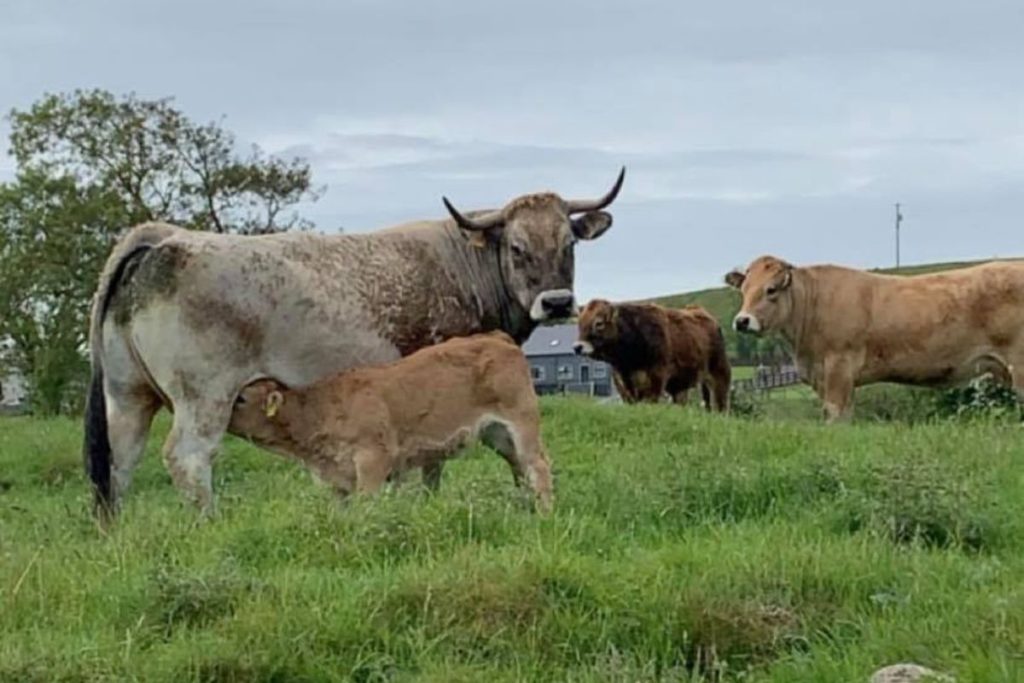 Advocating a selective breeding policy and utilising the best available genetics, has yielded dividends for the family, who sell bulls and heifers to new and established breeders annually.

The family strive to replicate French breeding standards on their Donegal-based enterprise.

In line with this, they focus on breeding low, wide cows, in the region of 700kgs, with good pelvic conformation for calving ability.

Another element of this strategy is to calve heifers down at 30-months.

This year alone, the Walsh family has sold 14 bulls to dairy and commercial suckler farmers across the north-west and west of Ireland and Northern Ireland.

“We have developed a good relationship with farmers over the years. Farmers are very happy with progeny on the ground, and this is leading to a high return rate from customers.”

“Furthermore, we also sell our surplus breeding heifers to farmers to cross back to the Culard Charolais or Charolais bull.”

“These farmers have the option of selling subsequent progeny at weanling stage or bringing them through to slaughter as steers or as part of an under 16-months-old bull beef production system.”

Furthermore, he explained that dairy farmers’ interest in the breed is also increasing year on year.

He cited ease of calving, low birth weights, high calf values, short gestation, and ease of finishing as the main reasons for this. 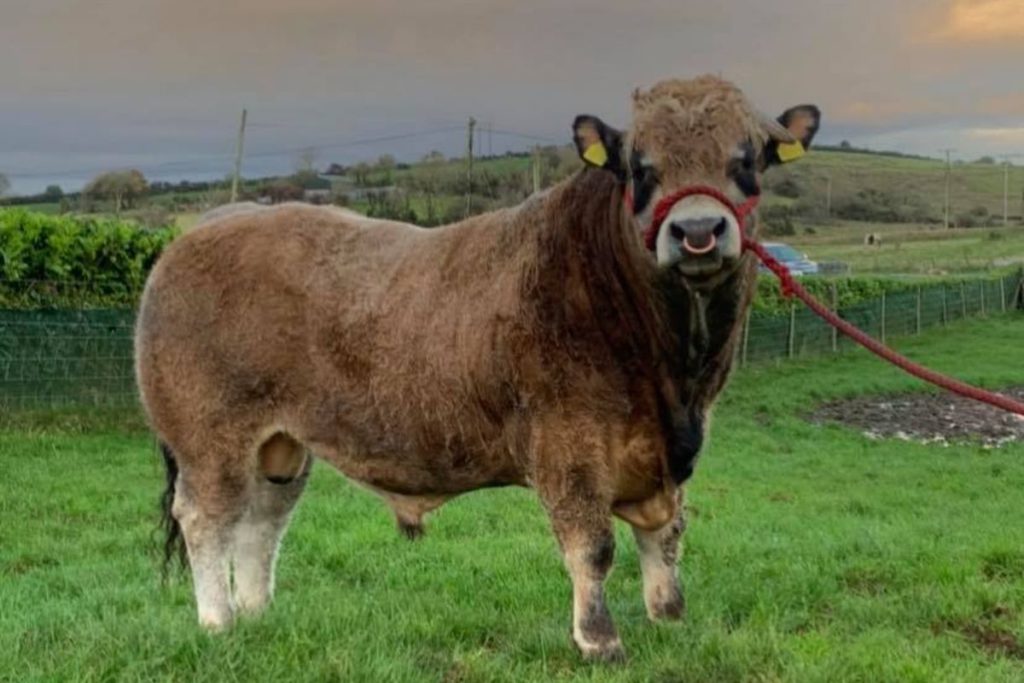 “They are medium-sized, easy calved, easy fed and easy finished. Furthermore, calves are relatively small at birth weighing 35-40kgs but are extremely vigorous and have high growth rates.”

“They are very hardy, easy to maintain (low maintenance costs) and are efficient converters of feed. Progeny are highly sought-after by live exporters, feedlots, and butchers.

“They commonly grade E and Us, with a high meat to bone ratio ensuring high kill-out weights and little waste, which makes them highly desirable.”

“Cows have strong maternal traits – including milk ability, are docile, have excellent pelvic confirmation, short gestations and are fertile, producing a calf annually.”

“Longevity is another major factor; cows remain on our farm until they have ten to twelve calves.” 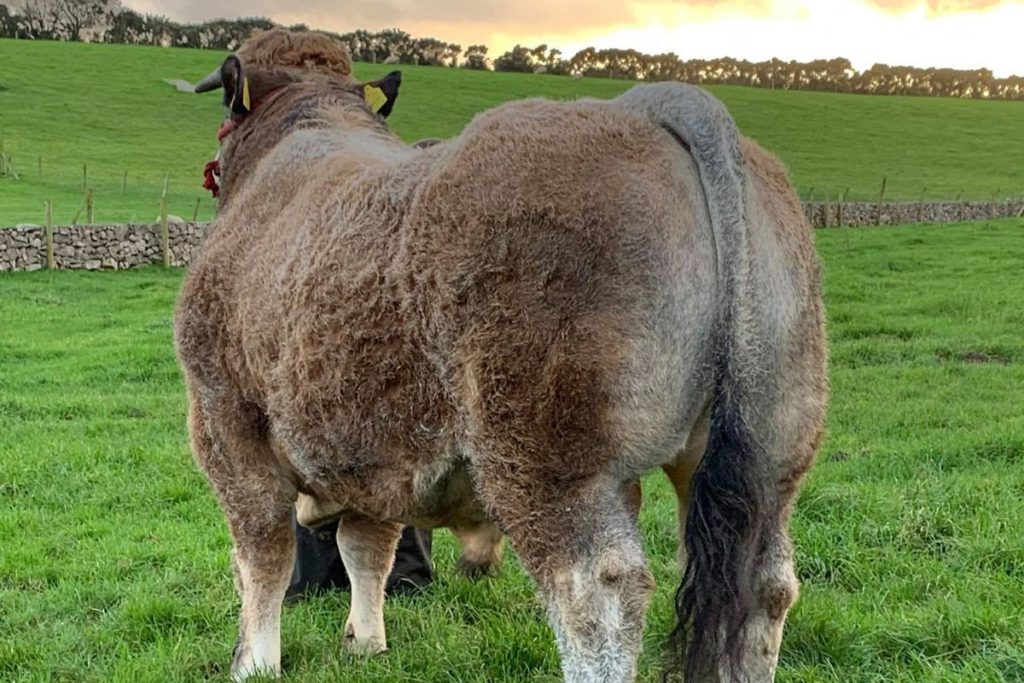 The family also specialise in Aubrac beef, renowned for its flavour, tenderness, and quality.

They have been in the butchery trade for three generations, opening their first shop in the local village of Ballintra in 1962.

Now, they have a shop in the town of Donegal, which is renowned worldwide, having scooped accolades across the globe in the butchery industry.

John continued: “We have been selling Aubrac beef for 21 years. Heifers that we feel are not suitable for breeding are sold in our butcher shops.”

“We also source some pedigree and commercial Aubrac heifers from local farmers to maintain a supply. The beef has a nice texture and flavour and is highly sought after.”

Explaining more about their multi-award-winning produce, he added:

“We slaughter mainly U grade heifers, some Rs, at approximately 18 months, with carcass weights ranging from 300-360kgs.”

“Aubrac beef suits the market and the needs of the modern-day consumers. There are many avenues and outlets for Aubracs. This is why I believe interest will continue to move in an upward trajectory.”

11 males and 42 females are catalogued for sale, including 9 from the Rockhill herd. Online and ringside bidding are available.

“Aubracs are becoming more popular year-on-year. We have had a remarkable journey with the breed to date – breeding, showing, and selling beef – and look forward to the years ahead,” they concluded.