There will be “a big splash of colour in the ring” at the forthcoming North Sligo Agricultural Show in Grange on Saturday, July 30th, 2022.

The committee has announced the addition of two brand-new classes, which, they claim, “have never taken place in Ireland before”.

Speaking to That’s Farming editor, Catherina Cunnane, a spokesperson for the show, said:

“Having noticed all the excitement and buzz around red and white roan breeding cattle in the sales ring for the last few years and them regularly topping special sales around the country, the show committee decided the timing was right to give this type of animal their own special classes.”

“We are hoping that the roan enthusiasts will get behind these classes and travel to support and recognise our sponsors of these classes.”

“There is a massive €2,000 prize fund for these two classes, thanks to the kind sponsorship of Leslie’s Farm Supplies and A.W. Ennis Ltd.”

According to organisers, entries so far are mainly by bulls such as Chocolat d’Ochamps, New Red and Elite Ice Cream ET, which are renowned for breeding progeny with “some colour and flash”.

Heifer will be judged on a scoring system with colour and style being essential.

The classes are open to all red and white or red roan maiden heifers and heifer calves.

Prize money starts at €500 for first prize for the senior heifer, with prize money to seventh place in each category.

The spokesperson continued: “It promises to be an interesting afternoon in the show ring with A.I. stations eagerly awaiting to see who has the sire of the champion in their yard.”

“Being a winner in these classes will build a profile for heifers going for sale later in the season at the annual breeding sales around the country.”

North Sligo Agricultural show is gaining quite a reputation as being the event to attend with breeding heifers.

Organisers say there is over €2,500 up for grabs in other breeding heifer classes on the same day.

There is still time to enter with a chance of being in the final line-up on show day. 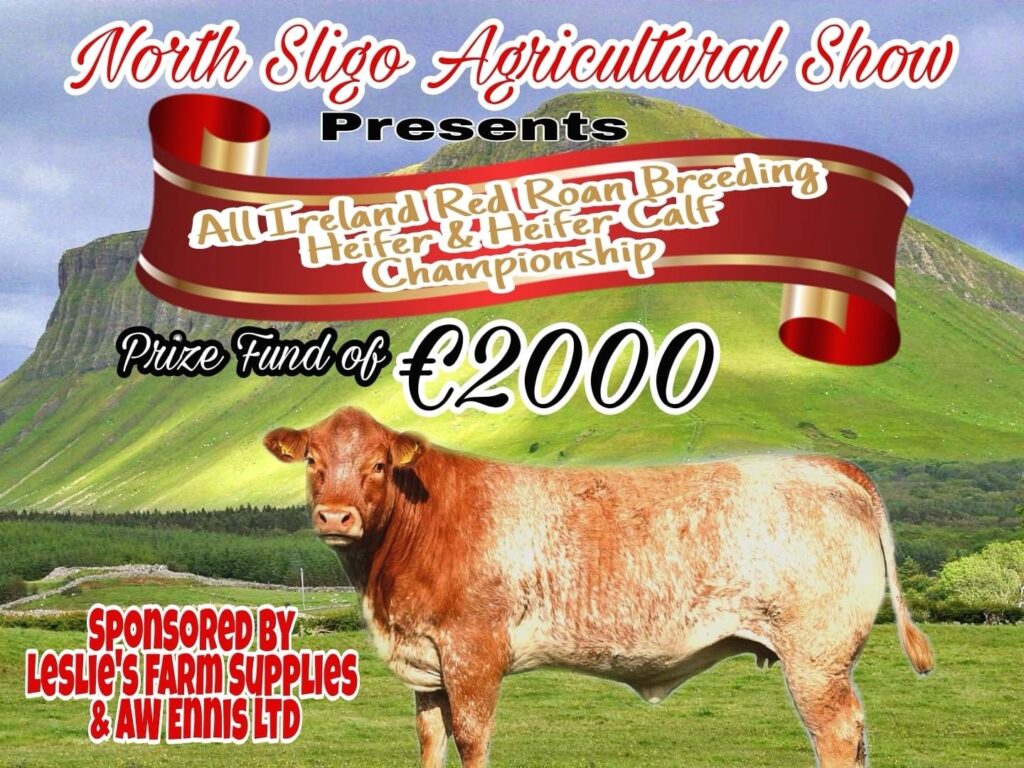