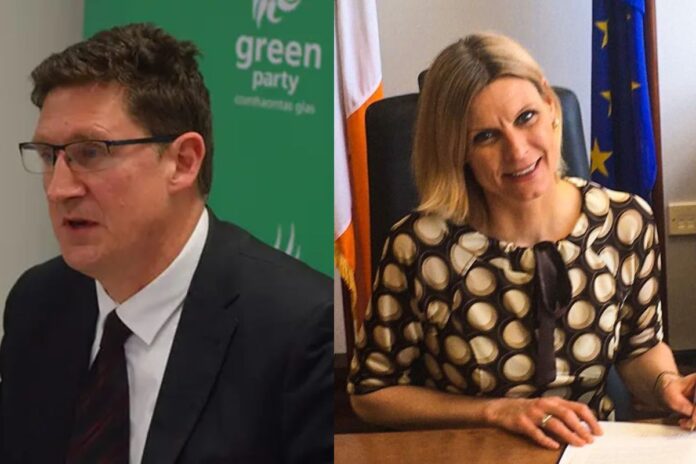 Restoring wetlands, storing more carbon in soils and planting trees are among the measures that Minister Ryan and Minister Hackett have pointed to as a means of reducing emissions by 2030, in respect of land use.

They stated: “After weeks of tough negotiations, we have also agreed that agricultural emissions will be cut by 25% on the understanding that farmers will also deliver further significant emissions savings in other sectors, especially in energy and land use.”

“We secured an agreement with our coalition partners that concrete, ambitious measures would be taken immediately to advance that cause.”

Minister Ryan and Hackett confirmed that in 18 months, the government will complete its land use review. They stated that this will inform the “precise detail of further measures”.

The ministers outlined that the approach is in line with its 2020 election manifesto and the Programme for Government.

They commit to pursuing the Danish model, in which “you learn by doing and consistently adjust your approach as new research and technology come on stream”,

“We secured an agreement that we will take immediate measures in the budget in September to further support farmers to implement more sustainable business models.”

“Farming needs to operate within planetary boundaries and will have a crucial role in restoring healthy ecosystems.”

The ministers stated that Ireland would “massively” increase renewable energy generation through anaerobic digestion for nature to 5.7 TWh.

This will see the conversion of slurry, green waste (brown bin contents) and grass to biomethane, reducing the country’s fossil gas use by up to 15%.

“We are also more than doubling our target for solar power to 5,500 MW. We will achieve this by incentivising farmers to install solar panels on their land,” they added.

“These technologies – which are widespread throughout Europe – will reduce our use of fossil fuels. Also, they will provide farmers with alternative income streams and bring down agricultural emissions.”

The Green Party stated that they are “confident” with public support that they can deliver “the best possible outcomes” for the “strained” environment” and the Irish public.

They described yesterday as an “important day in our collective efforts to deliver a greener and fairer Ireland”.

The minister believes that “the last few weeks have highlighted how important the role of the Green Party is in government”.

Sectoral ceilings that the government signed off on:

Other farming and agricultural news articles on That’s Farming:

- Advertisement -
Previous articleAg’s 25% emissions reduction target ‘not a fixed line in the sand’
Next articleOpinion: Farmers will not get credit for adopting renewable energy