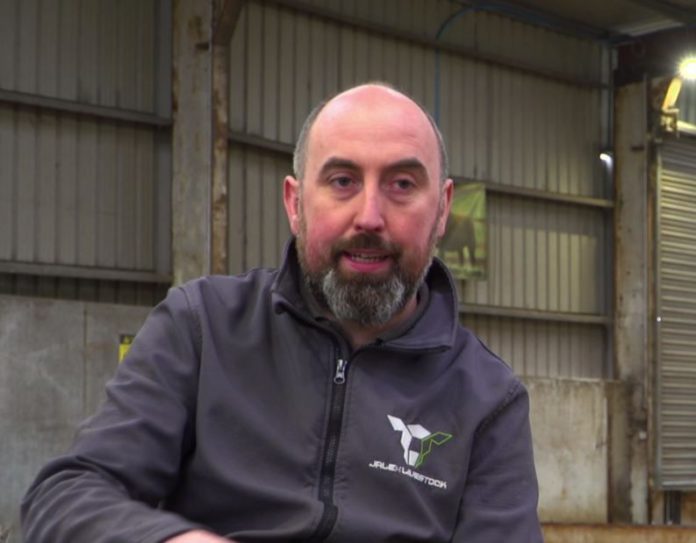 Tonight’s (Tuesday, January 25th, 2022) episode of Rare Breed is devoted to that vital part of the year for many farmers – lambing and calving season.

In the next episode of the hit UTV farming series, it is March and outside Fivemiletown in Co. Tyrone, Chris Johnston and Kendall Glenn welcome their new Dutch Spotted sheep.

Chris comments, “You could look at them all day every day.”

But the bad weather is causing a headache, and the couple needs to keep a close eye on their sheep, while they get on with other jobs.

In the Mourne Mountains at Áine Devlin’s farm, it is also lambing season for their hill flock. However, the difference is that it all happens outdoors.

Áine must regularly check ewes and fields for new arrivals. She says that lambing “is on and off torture, but it’s not the worst torture”.

Near Magheralin in Co. Down, March brings new arrivals of a different type at the Clarke farm.

Libby and daughter, Lucy, are working with the calves while also thinking of some good names.

As Lucy has been at home during lockdown, she has started a new business venture. She is tapping into the dairy-calf-to-beef approach, so she has bought dairy calves to bucket-fed, fatten, and sell on.

Near Randalstown in Co. Antrim, the Alexander family farm, is also pre-occupied with lambing.

This March, James has 450 ewes to lamb. He acknowledged that it is “good” to be busy, but with large numbers, the risk of “things going wrong” increases.

Finally, near Ballycarry in Co. Antrim, Rachael and Mervyn Garrett have nearly finished their lambing season.

The drop off in busyness is good as it means they can take time to celebrate another important event in the calendar, Mervyn’s birthday.

After some quick rendition of happy birthday, it’s time to get the flock out to grass. They spray numbers on the sheep’s backs to match the lambs to its dam.

UTV’s Mark McFadden once again narrates the series – which Moy Park sponsors – which continues on Tuesday, January 25th at 7.30 pm on UTV.