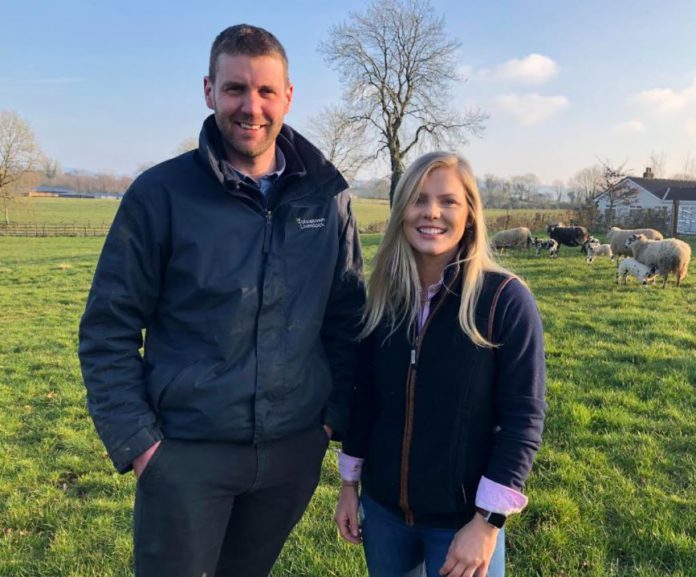 Rare Breed – A Farming Year will return to our screens tonight (Tuesday, January 11th, 2022) for its tenth series.

Fourteen families from across Northern Ireland will “share the ups and downs of the year”.

According to the producers of the popular farming TV series, there is a mixture of the traditional and the new, with “plenty” of familiar faces to Rare Breed catching up with developments on their farms.

Rare Breed takes viewers into the “heart” of the farming world, giving a unique insight into one of Northern Ireland’s oldest and largest industries.

Filmed in all weathers, this series follows the families from various farms across Northern Ireland over twelve months.

The tenth year of the series features several farming families, including a dairy farm in Hillsborough, a potato grower in Downpatrick, and a beef and sheep enterprise in Co. Antrim.

The series follows a young shepherdess who farms on the mountains of Co. Down; a pig farmer in Limavady; and a newly-engaged couple on their farm in Co.Tyrone.

Series 10 also revisits some familiar faces to Rare Breed over previous years to catch up with the developments on their farms.

The farmers in the year-in-the-life observational documentary series include:

She looks after more than 400 sheep on her family farm in the Mournes.

The family is busy herding their sheep down from the hills to check them before lambing season – a job they couldn’t do without their sheepdogs, Fly and Mist.

Áine also has her own pedigree Texel sheep to tend to with her boyfriend John, and she admits they are both learning as they go along.

We then meet Richard Orr, who runs Meadow Farm near Downpatrick, Co. Down.

The family has been working the land for three generations. While the farm started with livestock, Richard now grows potatoes and cereals like oats for porridge.

Producers follow Richard as he completes the important task of soil sampling.

Richard explains that the samples are sent for analysis, so they understand what they’re working with; as he notes: “The soil’s our number one asset on the farm.”

The process of soil sampling is also a good chance to train up the next generation of farmer as his three-year-old son joins Richard to help.

He explains how important it is to make the most of family time on the farm when you can.

Staying in Co. Down, near Magheralin, we are reintroduced to Libby Clarke who was featured on Rare Breed in 2018.

The mum-of-two rears award-winning beef Shorthorn and Charolais with her daughter Lucy.

While Libby finds working with the cattle rewarding, she is also a keen saleswoman and remarks, “I’d sell the shirt off my back if there was money in it”.

Following in Libby’s footsteps, Lucy loves working with the cattle alongside her mum.

The team get to work with the general jobs of tending to the cattle as Libby looks forward to the year ahead.

Next, it’s off to another familiar face to the series. James Alexander farms a large cattle and sheep enterprise with his family near Randalstown, Antrim.

This episode follows James’s inaugural New Year’s sale, which conflicts with an even more important date in James’s calendar, his wedding anniversary.

As with many sales across the country, most trading must happen virtually, and so James has to make the most of online videos.

For big events like these, James puts pressure on himself for everything to be as good as it can be as he comments, “You keep on eating at yourself to try and get those wee things done better.”

However, it is a successful sale, and after two hours, James sells 100 cattle.

We find ourselves in Fivemiletown, Co. Tyrone with Chris Johnston and his fiancé Kendall Glenn.

The couple is dealing with the bitterly cold winter weather all in the midst of calving season.

We see Chris dealing with a calf that has a big tongue and is struggling to feed while Kendall completes routine jobs around the farm.

Kendall and Chris also have to balance the farm work with planning a wedding which Kendall explains is not easy in the middle of a pandemic.

Our last stop is back in County Down at Hollowbridge Farm. Stephen Gibson runs the dairy farm and ice cream business in Hillsborough with his parents, wife Amanda, and two kids.

He is in the middle of the breeding season while he also has to bathe the cows’ hooves.

They have moved to using all AI on the farm. As Stephen explains, it is just safer, especially with young kids around.

We also see Stephen out on the farm with his two children, Stuart and Katelyn, who keep a watchful eye as Stephen remarks, “Always good to have a supervisor”.

Not from a farming background, in 2012, Alastair moved from a career in IT and bought his first pigs.

Whilst every day has been a school day for Alastair, the farm has continued to grow, and he now makes a range of charcuterie products in his own factory, which he sells across the country.

We are introduced to Rachael and Mervyn Garrett, who run Loughside Farm in Ballycarry Co. Antrim.

The pair rear quality Dexter cattle that have been successful in the show circuit. Furthermore, they also have around 80 crossbred ewes.

While Mervyn prefers working with sheep, Rachael is all about the cattle. They have to balance farming with full-time jobs and their young daughter, Sommer.

Finally, in Co. Down, we meet plant propagator Trevor Gabbie. He is a supplier of young plants to growers across the island of Ireland.

Trevor produces more than 50 million seedlings a year and is as passionate about his plants as any farmer is about their livestock.

“The 12 episodes take us through the year. We see how the families continue to carry on despite the continuing challenges of the pandemic.”

“The series is a fantastic mix of the traditional with the new. Farming is a hi-tech, highly diversified business nowadays, and the families’ activities this year are a true reflection of that.”

The series is produced for UTV by Belfast’s Strident Media.

“The wide range of families and farming practises we feature throughout the series all have a common theme – passion, commitment and dedication for what they do.”

“Over the 12 months, we get to know all the families and just like the previous series, there are some real characters!”
“We are delighted that UTV viewers love the series, and this one won’t disappoint.”

The tenth season of the hit show starts on UTV at 7.30 pm.