That's FarmingThat\'s Farming Irelands Largest Farming News, Properties and Classifieds Network
HomeBeef‘I never was in a mart until the day I did the...

Established in 1959, Raphoe Livestock Mart began with a committee and 270 shareholders, holding their first sale in July 1961. Each shareholder bought five pounds of shares and generated funds from their locality to construct the livestock mart premises.

From humble beginnings, the late Harry Colhoun from Carnone began as the first mart manager. Then, the late John Witherow from Convoy managed the mart until Ann took over the reins.

“I remember working until 6:00 a.m, the morning after a sale with 2,000 cattle in the yard. On the market, speeded up sales, as most farmers used the marts then. Farmers have other ways out now; there is livestock sold on DoneDeal and livestock sold privately.”

“When I started as mart manager, everybody came to the open market and got a fair price; there is less stock going through livestock marts now.” 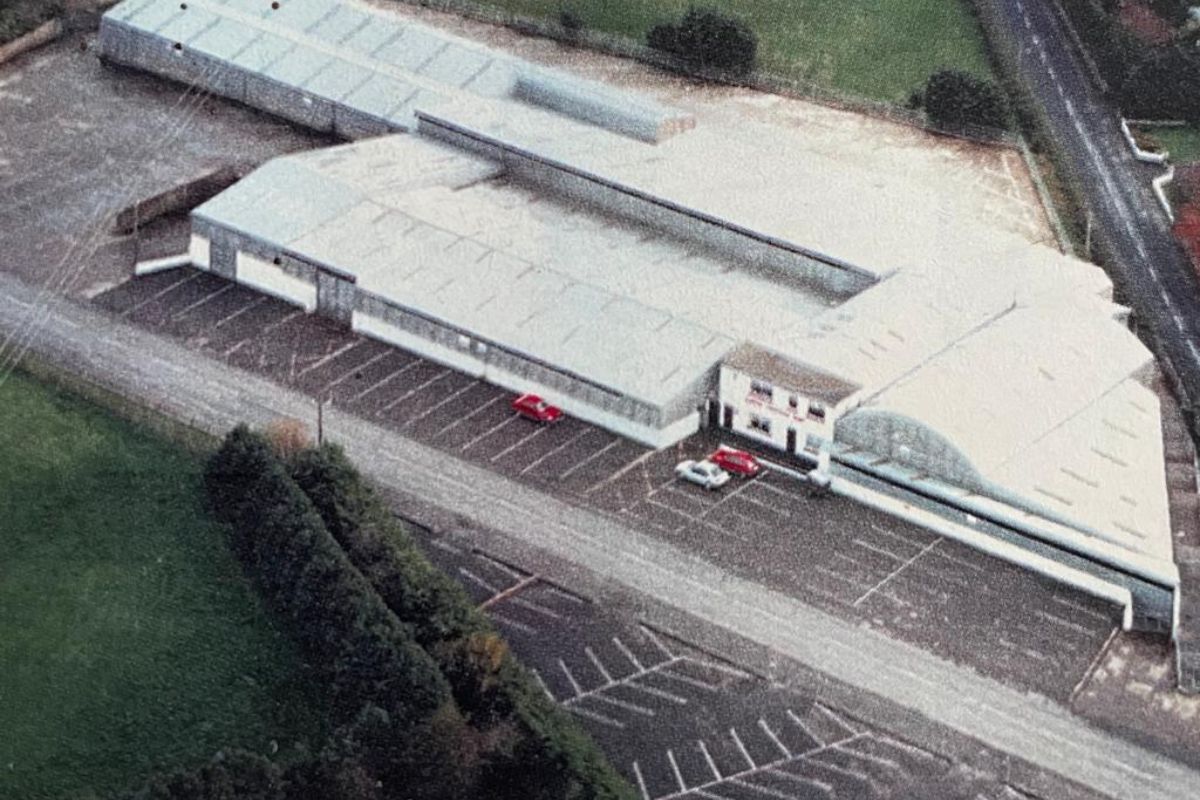 This year, the County Donegal-based mart celebrates 60 years with a strong team of 19 employees, 270 shareholders and a management committee, who lobby for livestock and promote the co-operative in their area.

“We run a sheep sale every Monday and a cattle sale every Thursday with breeding ewe sales every Tuesday night in August and September. We have seasonal weanling sales, which take place every second week on Tuesday evenings in February, March, October, and November.”

According to Ann, Raphoe Livestock Mart changed their sales ring due to Covid-19 facilitating 60 people at the required 2-metre distance to create a safe environment.

Furthermore, she noted selling and buying online is a way out for farmers now using the online facility. Likewise, she believes it helps people working, but the sales ring is the place for farmers.

“There may have been 5% who said it was madness, but 95% adhered to the guidelines and were very appreciative of what the marts did for them. It is 99% better than this time last year as we had to matchmake people with their requirements as farmers had weanlings to offload.”

“When farmers are viewing stock, you are asking them to move along a passageway; a man has to stop and look at those animals he is thinking of buying.”

“Everything is time-consuming, with a quick rotation in and out for farmers who wish to view stock before the sale. Farmers are expected to keep their businesses going but are not allowed in the rings.” 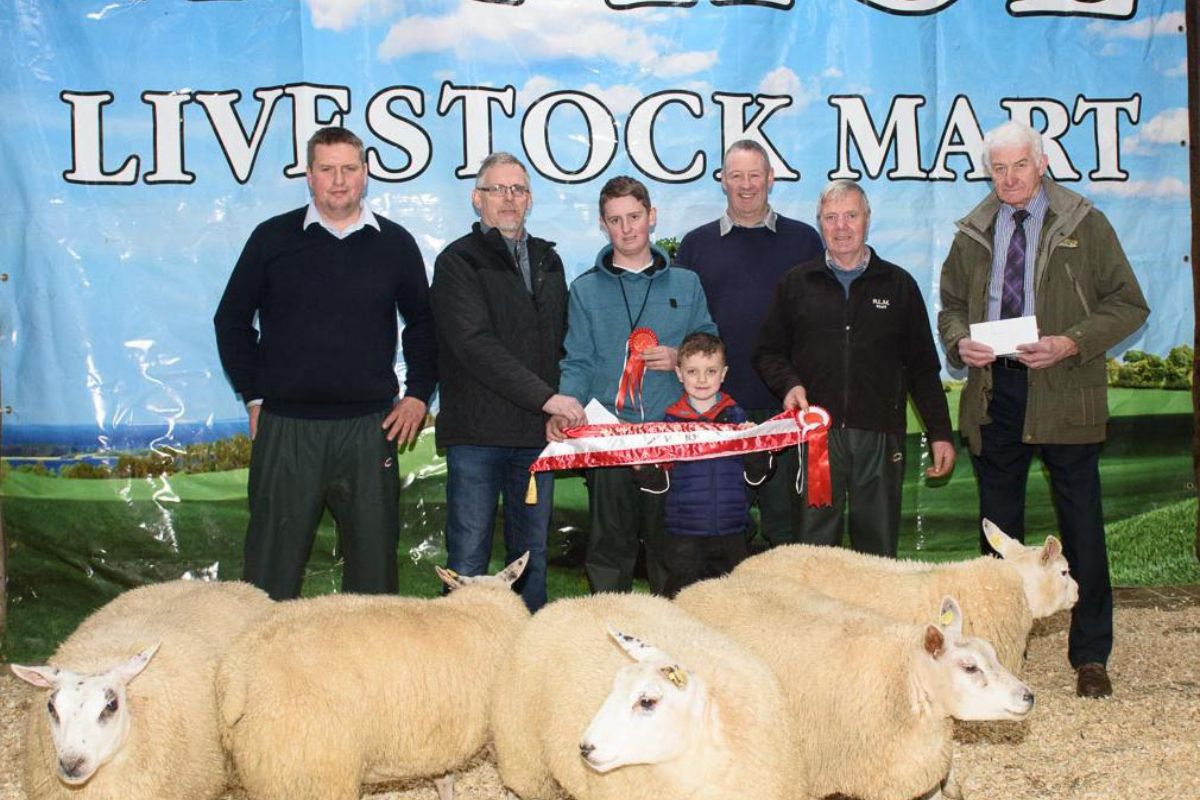 She admitted that the online system does not suit all customers, and she believes that the sooner the restrictions ease to allow ringside attendance, the “better for all parties involved”.

“Farmers need to be recognised for their important business aspect. Farmers are forgotten; they have had to sit back and take the dictation. Farming has changed so much over the years, it is all rules and regulations, and a lot of smaller farmers have been pushed aside.”

“The youth are our future; they are never going to learn anything if marts remain closed. A father and son or father and daughter need to come to the mart. Every farmer has different ideas of what he wants in an animal; they have to see the breeds and know the value of cattle.” 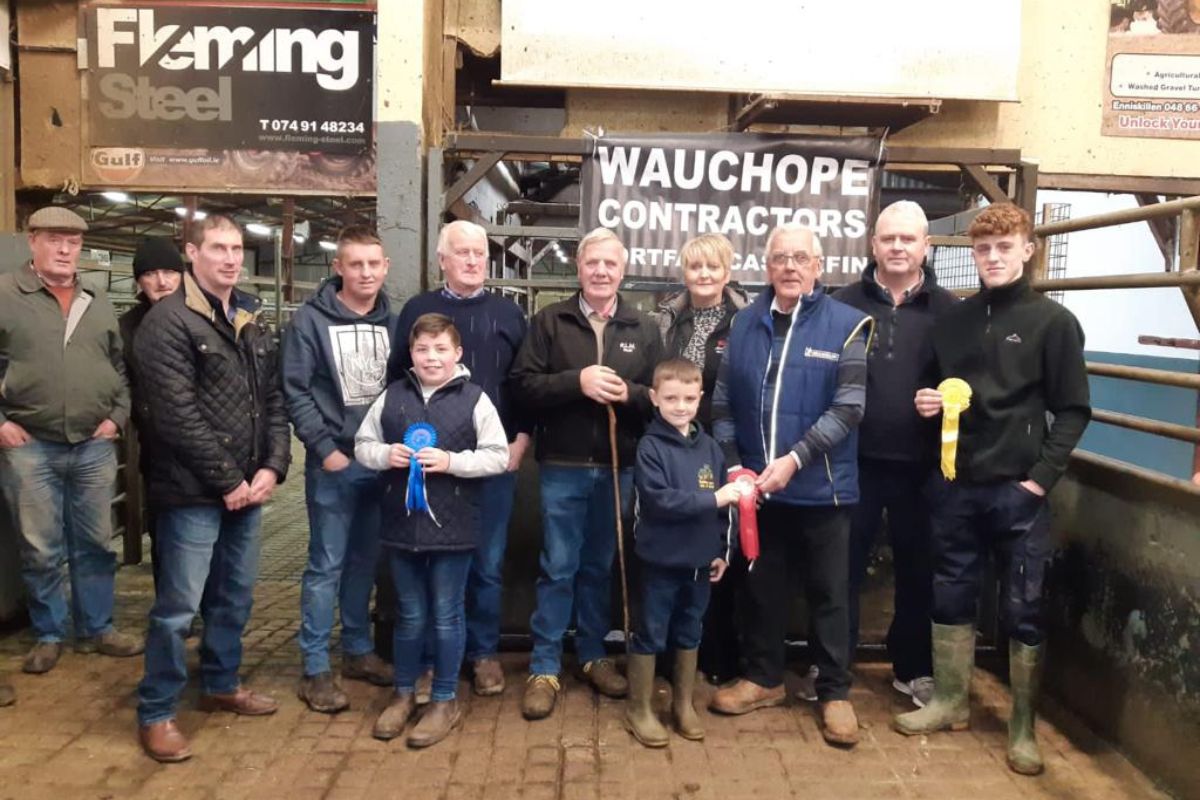 Ann’s highlight each year is the premier fatstock show and sale, which takes place each December. She noted this is a jam-packed event, and was threatened with Covid-19 guidelines when 60 people were only allowed to attend the sales ring.

Secondly, Ann reflected on the good times in her role giving back to charitable causes. “We had a farm promotion weekend here ten years ago, when we were 50 years; it was a huge success and a charity event. We supported three charities and raised €53,000; it was a huge event in Raphoe.”

“It was good for morale, the community and older people. The event helped the Letterkenny University Hospital Children’s Ward, Lifford Community Hospital and St Joseph’s Hospital; we also ran an event for Donegal Hospice.”

“Bringing farmers and the community together is brilliant; that is what I like about my job. I am very much a people’s person and love talking and helping people if I can.”

“I have particularly enjoyed that aspect of my role as manager in Raphoe Mart meeting and becoming good friends with many people who passed through the doors of the mart; some of whom sadly are no longer with us.”

Looking ahead, Ann noted she is supported immensely by the committee, staff, and broader community of Raphoe Mart and her family. Ann stated she has found the last year challenging with the pandemic and thought the foot and mouth disease in 2001 impacted farmers. Still, she believed Covid-19 had affected farmers a lot more.

Furthermore, Ann will continue to improve the mart for the farmers with the hope of marts returning to welcoming people very soon.

“I enjoyed my job up until last year; I got real satisfaction out of managing my job. Since March, I have managed to offend more organisations who use the mart premises to conduct their sales because of regulations set down by the Department of Agriculture on handling shows and sales.”

“I want to keep everybody safe and the mart license intact. I want to do what is right for people, and if that means offending, so be it at this time; it is out of my control.”

“The success of the mart attributes to the loyal and dedicated support of the farming community, both buyers and sellers, who attend the sales week in and week out.” Ann Harkin concluded.