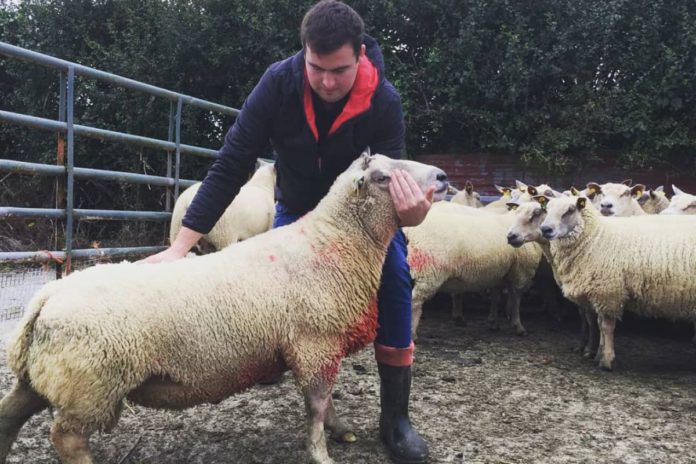 ‘Don’t invest too heavily and start off small’ – sheep farmer

In this week’s sheep segment, That’s Farming, speaks to Michael Farrell, pedigree Charollais breeder about suckler and sheep farming, and his stints in New Zealand and Australia.

Last year, 29-year-old Michael Farrell began farming independently in his own right with Charollais ewes that he acquired from his father, Charlie.

The third-generation farmer, who hails from Dromard, County Sligo, operates a sheep and suckler farm with his parents whilst working full-time off-farm.

Speaking to That’s Farming, he said: “I wanted to start up my own flock and aim to breed pedigree Charollais ram lambs in my own name.”

“My grandfather, Paddy, was a full-time farmer, living beside the sea. My father was a part-time farmer until he retired and is now full-time, farming alongside my mother, Mary, and I.”

“I hope to keep my own pedigree ewe lambs as replacements with the hope of breeding good quality progeny. I plan to sell most of my ram lambs as stock rams for breeding,” the 32-ewe farmer added. 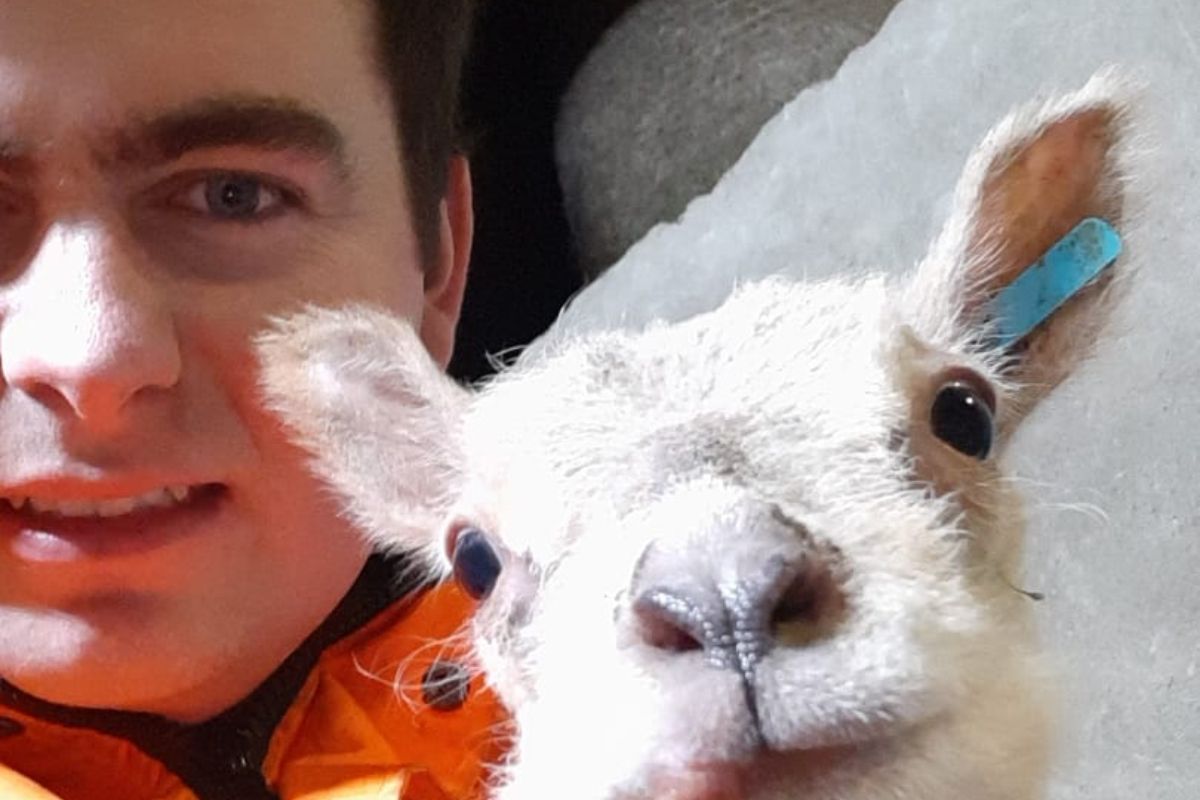 “It is important to lamb early so that you will have a strong enough lamb for sale in August/ September. I lamb the pedigrees indoor because the weather in January can be harsh.”

“As this is my first year breeding pedigrees, I hope to sell my ram lambs as stock rams for other breeders. I will keep my ewe lambs this year to grow my flock,” added the Sheep Ireland and Irish Charollais Sheep Society member.

“In the future, I hope to reach a stable number of pedigree Charollais ewes, and I may consider then selling pedigree ewe lambs to other breeders, but that will be a few years from now.”

“My father has a mixture of Suffolk/Texel/Cheviot crossbreds. My father prefers sheep that are easy to lamb as he retired. He breeds 90% of them for terminal purposes (factory lambs) and keeps 10% as replacements.” 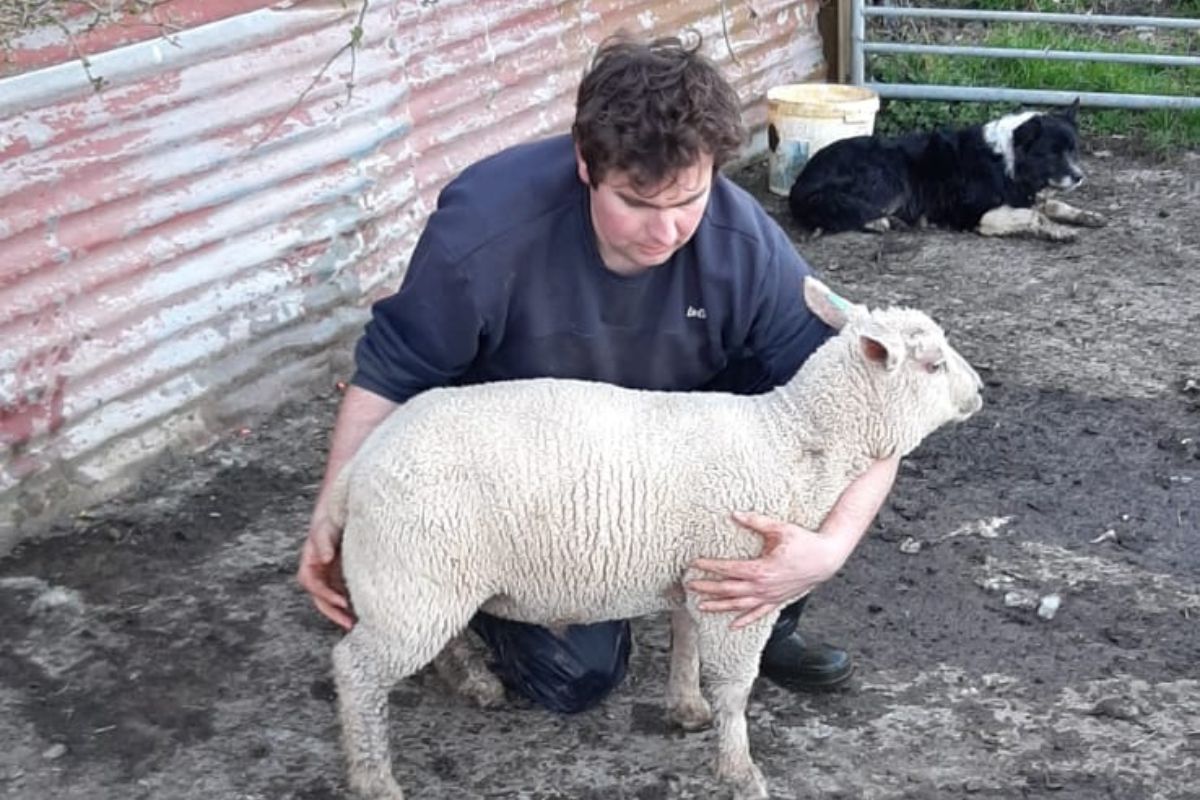 “We find that a Charolais-cross calf is desirable in the market as they have good confirmation. Furthermore, we use sex semen on pedigree Shorthorn heifers for replacements.”

“I find it most challenging working full time and trying to get all my sheep jobs done upon finishing work. It is hard rearing triplets and finding the time to meet all the other jobs. Alas, it is worth it all at the end of the day.

“I enjoy rearing lambs, watching them thrive and potentially breeding better stock. I enjoy the outdoor lifestyle of farming.”

“I have exhibited sheep in the past with my father and Shorthorn cattle at shows. To note, I have not exhibited anything yet in my name but will exhibit sheep at shows after COVID.” 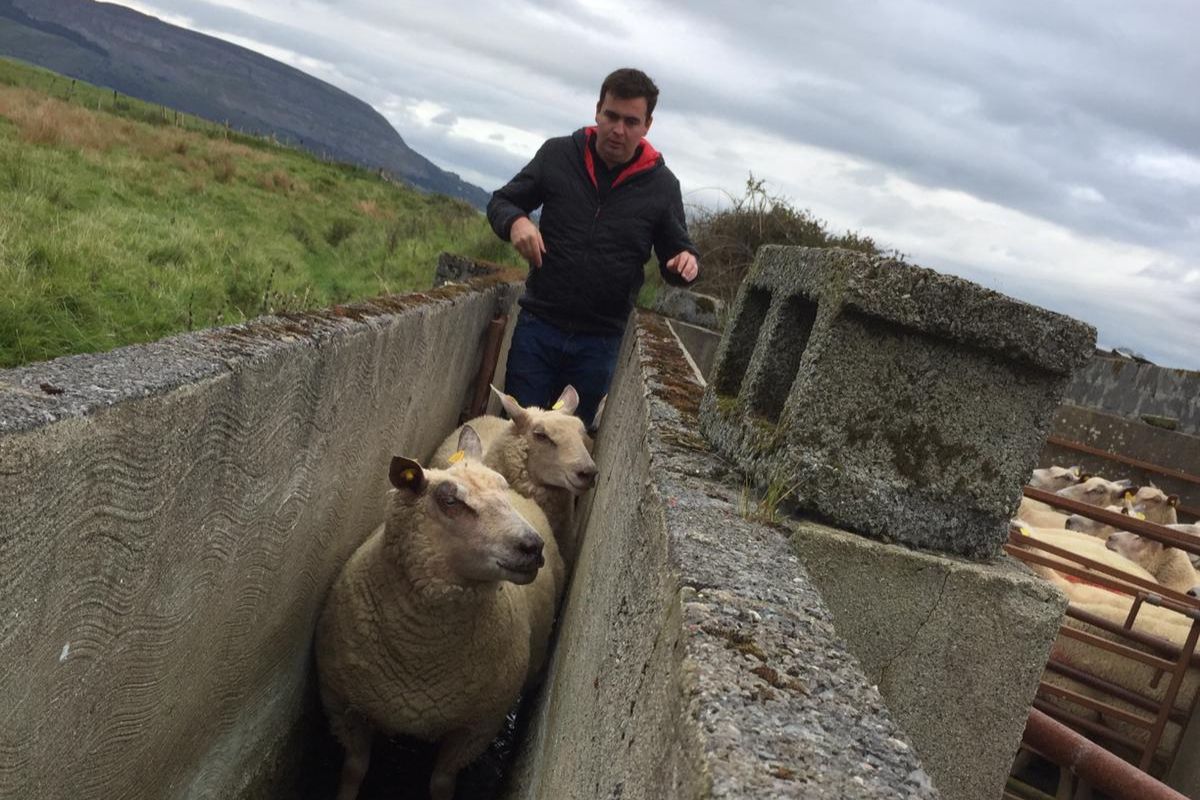 “On the farm, I am responsible for ewes lambing in difficulty, maintaining the running of the farm and assisting my father in farming enterprise. In January, it was difficult with the dark morning and evenings; cold, wet weather checking sheep close to lambing.”

According to Farrell, the steps to running a successful sheep enterprise are good organisation skills, prioritising time efficiently, planning breeding and the years ahead.

He provided some advice for aspiring and new entrant sheep farmers:

“My advice for people entering the sheep sector is: don’t invest too heavily and start off small (financially). Accept that there will be losses as well as gains.”

“Allow twice as much time for jobs in the beginning. Ask for as much advice as possible from farmers of experience and keep a cool head.” 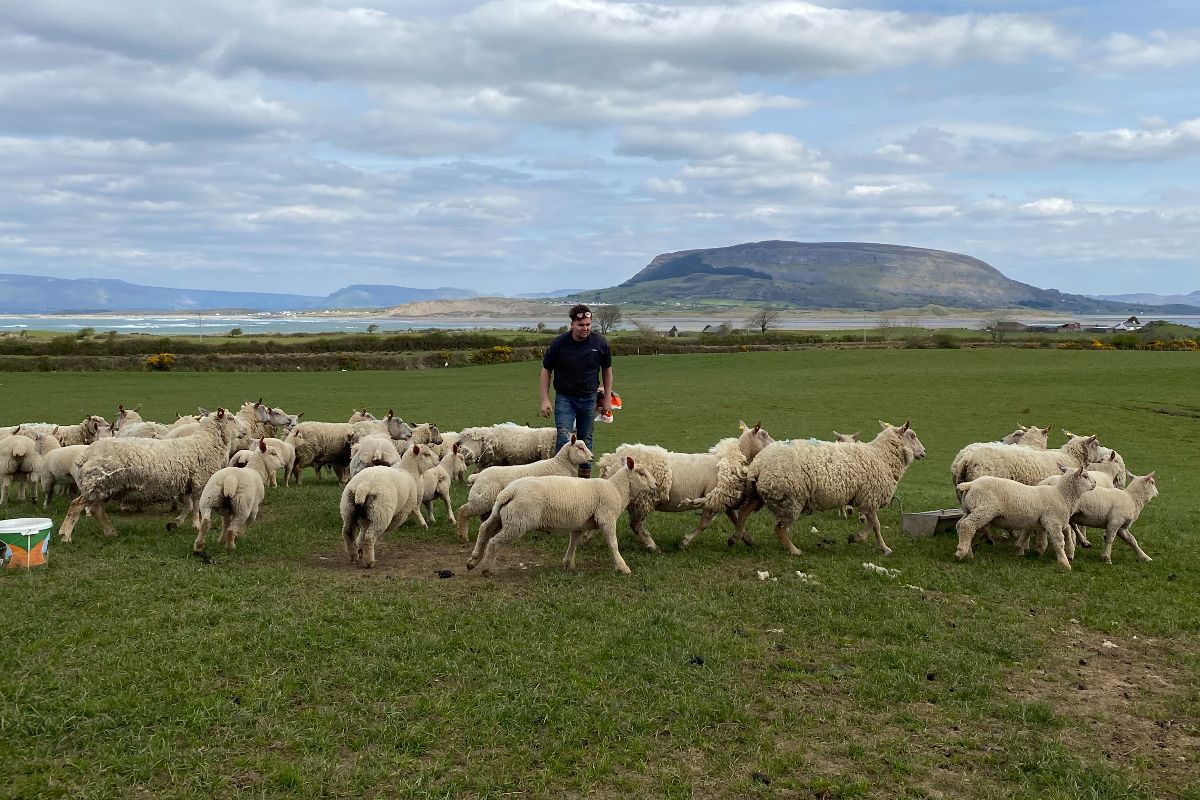 Michael previously worked on farms overseas before returning to his home soil to begin farming in his own right.

He worked in New Zealand for two-and-a-half years on a large dairy farm and in Australia, drill-seeding and for silage season.

“I booked my ticket to New Zealand and stayed with a friend in Christchurch. I applied for a job in Ashburton and got the job after an interview.”

“At the beginning, it was hard living on a remote farm and not knowing many people. I enjoyed learning different skills, watching new systems and new farm technologies and meeting people from different cultures.”

“The highlights were an opportunity to travel and make some money. I would definitely return, only my girlfriend is a teacher in Sligo, and is not going anywhere,” he laughed.

“Take the opportunity to travel, try your best, and you can always come home if you don’t like it.  Nowadays, you are only a flight away from anywhere.  Meet as many people as you can and get involved in clubs and organisations.

“It is good to incorporate new ideas and remain open-minded. I learnt to value water more, as I have seen droughts in Western Australia. Water falls here every day, but we are all paying for it.”

In the future, Michael plans to expand his farm size and rent ground whilst hoping to breed good quality stock and becoming a reputable breeder of Charollais sheep.

“I take great pride in the stock that I have bred this year, and things can only get better. I enjoy farming and working the land. I am grateful that I was brought up on a farm and hope to keep it on into the future.”

“I am learning new things every day and hope someday that I can advise people about farming,” the pedigree Charollais breeder concluded.

- Advertisement -
Previous article
Camogie club competition: Win a quad worth €5,000
Next article
‘You mightn’t become a millionaire, but if you love farming enough, you’ll make it work’