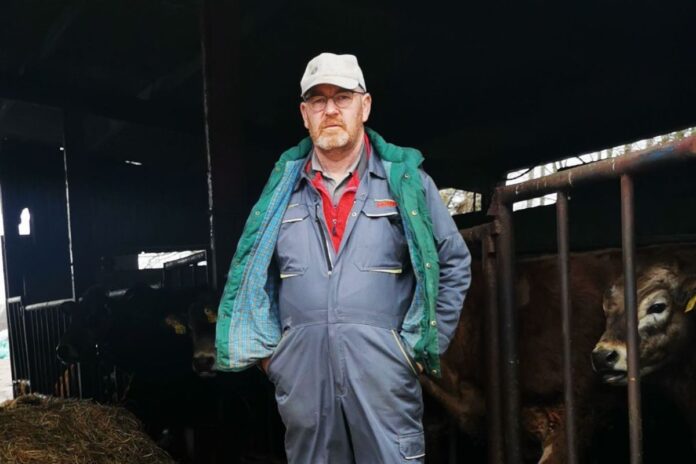 In this week’s Suckler Farmer Focus, That’s Farming, speaks to Niall Stoddart, a pedigree and commercial breeder of Parthenaise. The farm also has a small flock of Blue Texel sheep. He gives greater insight into his farming operation between Ballinasloe and Portumna in East Galway.

Niall farms on about 98-acres of his own property that is all in grass. Besides his own land, he also rents a further 12-acres on which he grows barley to feed his cattle and sheep.

He does all the farming on his own and has a part-time occupation as a weighing technician for the Irish Cattle Breeding Federation (ICBF), which sees him travel across the country.

The Stoddart family’s history on the farm goes back two generations. Niall’s grandfather started the enterprise in 1914 after making his way down from Ballycastle in Co. Mayo.

Niall took over the running of the farm from his father in 2001.

In 1988, the family started with suckler farming. Up until then, the farm was mostly run as a calf to store operation.

He started farming with Parthenaise in 2006 and has 22 pedigree suckler cows under the Longford prefix and about 12 crossbred cows.

The herd has grown slowly but steadily since the Parthenaise operation was started. “Farming with a too-small number is just not viable,” Niall told That’s Farming.

He sourced three foundation females in France in 2006.

“When I started, I had little knowledge of the breed, but I knew it was what I was looking for.”

Regarding his reason for deciding on the Parthenaise breed, Niall says: “I saw them in the farmer’s yard, and they caught my eye. I saw them as something different.”

“But when I got into working with them, I discovered their docility and their quality. Also, they are easy to work with, which is ideal for me because I am a one-man operation.”

As for his breeding programme, all calving happens in spring. Also, it is all done with the three stock bulls on the farm.

“The three stock bulls allow for compact calving, which helps me a lot because of the part-time contracting I do. About 90% of the calving happens over six weeks, from mid-February to the end of March. 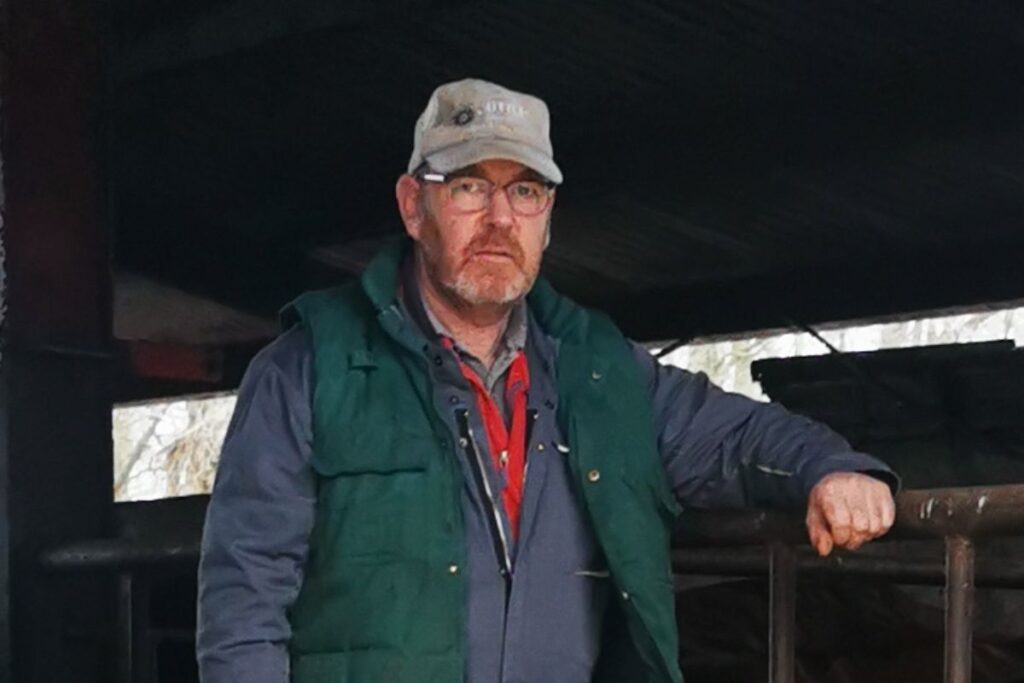 The commercial bulls are sold around the end of October at the Gort mart and receive a price of up to €3.25/kg. The pedigreed ones are overwintered and are fed silage and about 1.5kg of meal a day.

“I sell the heifers at the end of May when they are about 15 months old. I also sell some in September.”

The bulls are sold for breeding when they reach around 500kg, which is near the end of June.

The heifers go to the bull at the beginning of June at a target weight of 420kg. Those that do not reach that weight are kept for the Parthenaise sale in September and fetch in the region of €4.30/kg to €4.50/kg.

“This year, I am thinking of doing a timed auction online for my surplus heifers in June.”

Regarding the demand for the Parthenaise, Niall says he is “happy” with the increased popularity the breed has received since 2020.

“There was solid demand for the Parthenaise when I first got involved in 2006. However, it slacked off from around 2009/10 before becoming popular again since about 2020.”

“They were overpriced in the early days as we were buying expensive stock in France. However, there is more quality stock now, and the breed is selling at competitive prices, which is more in line with that of other breeds.”

“The bulls have a very good kill out percentage of 67% and also grade very well, with Us and Es from 2 to 3 in fat class being reached with bulls under 20 months.”

As far as replacements are concerned, he says all his cows are bred on the farm.

“The pedigrees can be traced back to the three cows I bought in France. The commercials come from cows that have been on the farm for years. I don’t buy in any stock. Moreover, I buy a stock bull every 1-2 years.”

The heifers calve down from about 24-26 months. “They go to the bulls at about 420kgs. And because they calve at about two years, I will be getting an extra 2-3 calves out of the cows as they will be more fertile through their life.”

Niall says cows with low milk leading to underweight calves are culled, as well as cows that lose calves.

Niall’s suckler herd has a calving interval of 357 days. 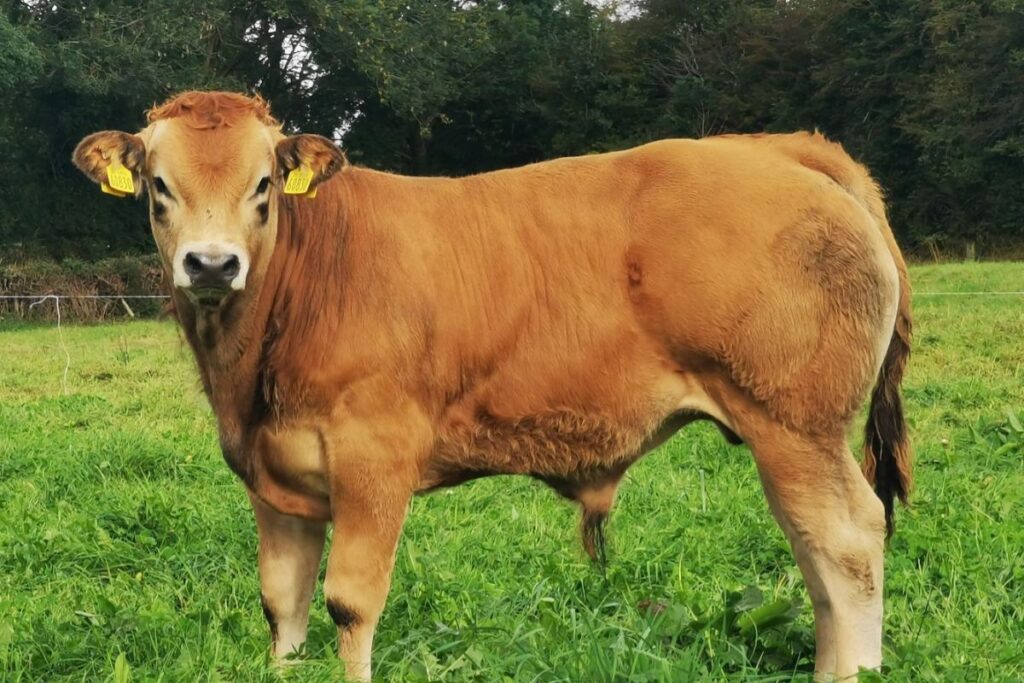 Grassland management is very important to Niall, even more so now because of the huge jump in the price of inputs like fertiliser.

The farm was divided into eight fields when Niall took over the enterprise.

“I started with new paddocks in 2010 by halving all the fields. I repeated the halving process the following year, and today, I have 37 paddocks. The animals spend 2-3 days in each paddock for grazing.

“There is always grass ahead of them, and they are much healthier. The good news is that I did not have to put any fertiliser out in the autumn.” 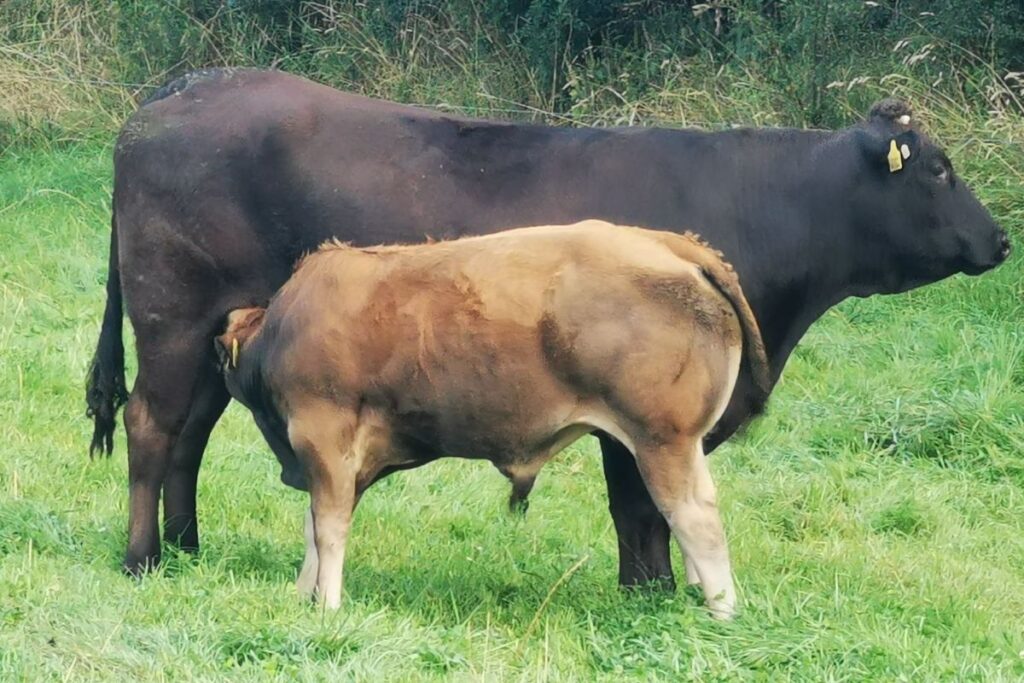 Discussing the characteristics of a successful suckler farmer, Niall believes that being dedicated to your job stands out.

“It is very easy for things to go wrong and to become despondent. I had a mineral problem here on the farm. It took some time for me to figure out what the problem was.

“However, through trial and error, blood samples, etc., we eventually solved the problem.”

Niall is a member of the Irish Parthenaise Cattle Breed Society. He notes that because the Parthenaise is a minority breed in Ireland it is important to stay on top of what is going on.

“The members are in constant communication with each other through WhatsApp groups, social media, etc.”

As for agricultural shows, Niall did participate up to 2016 but then took a break for a couple of years.

And although COVID has put a dampener on things over the last two years, he intends to do more shows this year with both his purebreds and commercials. 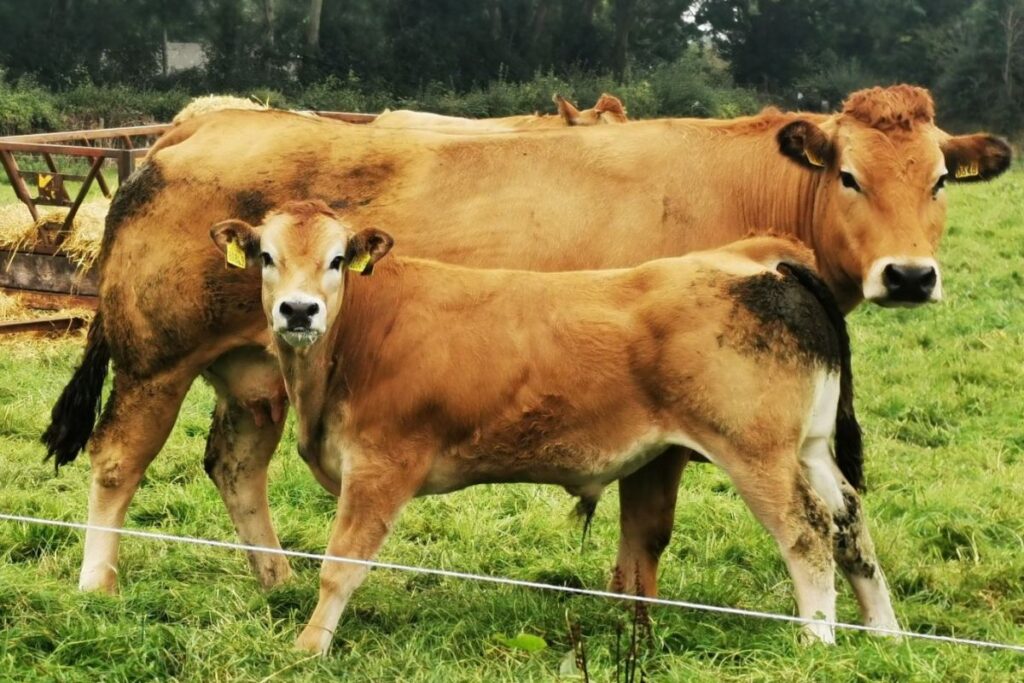 Niall established his 20-strong Bally Blues Blue Texel sheep flock in 2013 with a ram and some ewe lambs.

Lambing starts at the beginning of March. The progeny of the commercial sheep go to Qualeutex Lamb Producer Group, which supplies Kepak in Athleague.

The purebreds are sold as rams from home whilst the pedigree ewes are kept on the farm. “I use the good ewes to lamb purebreds and the average ones for commercials.” 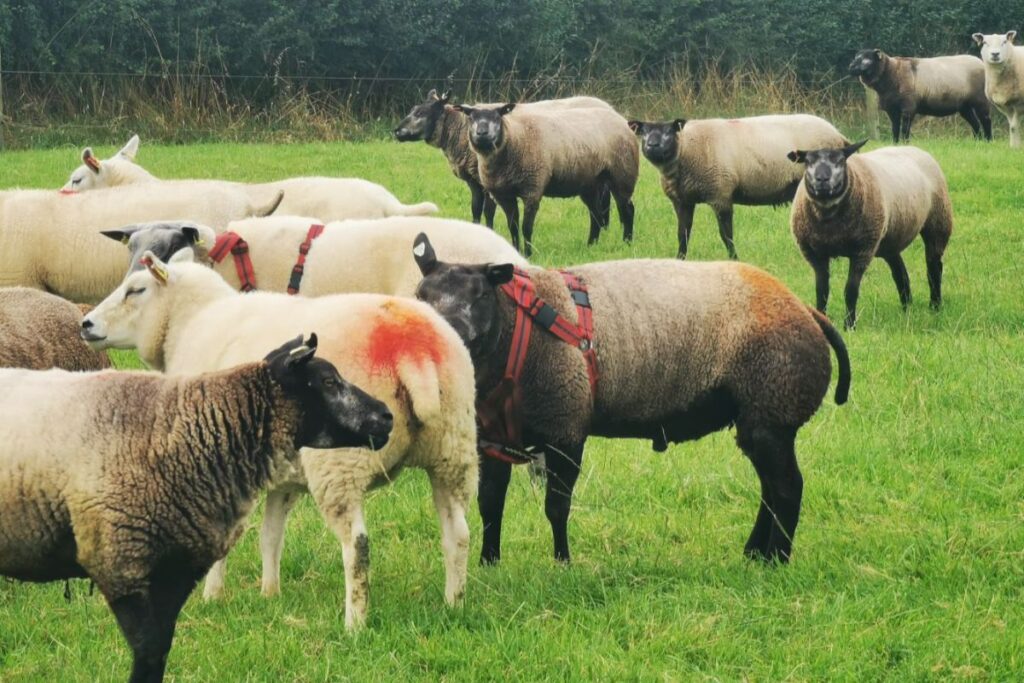 The future of farming

As for the future, he says times are uncertain for farmers, especially the challenges that the latest CAP proposals pose.

He also highlights the shortage in farm labour as a problem. “The dilemma is exacerbated as ‘every’ farmer is doing a part-time job to subsidise his/her farming.”
“There is ‘no-one’ at home during the day, and ‘everyone’ has to farm at night.

“It has not become easier. Farming is changing. I started farming with my dad in 1990 and on my own in 2001. It was easier to make money in 1990 than now. Costs have increased, but what we receive (for our product) has stayed the same,” the Parthenaise breeder concluded.

- Advertisement -
Previous articleGrassland planning: What to consider this spring
Next article‘There is an increasing argument for taking first-cuts earlier’