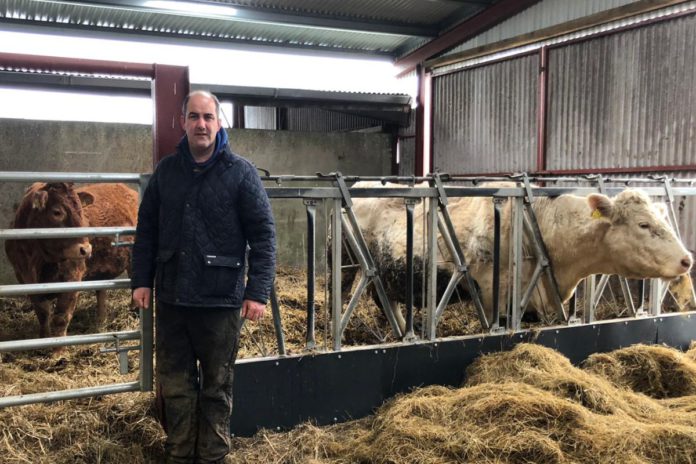 ‘The Irish farmer strives to feed the world, yet he cannot make enough to feed himself’

As part of this week’s Suckler Focus, That’s Farming, speaks to Shane McElhone, about organic suckler farming in Ireland and his focus on genetics over inputs to produce U grade, Charolais-bred progeny.

He farms the mixed enterprise on a part-time basis whilst working as a mechatronics engineer of automation and plant maintenance.

“I have reduced my herd size in recent years. The way agriculture is going, and with my young family, I wanted to concentrate a bit more on quality and make it more user-friendly.” Shane told That’s Farming.

Shane has been suckler farming all his life, with Charolais-Limousin-cross cattle being his preferred cow-type. He begins calving in early February and finishes in April. “I would have always been using some AI. However, for the last two years, I have had two bulls for both heifers and cows.”

“This year, I plan to run a Charolais bull and use AI. I want strong calves to sell in September/October at Elphin Mart.”

The Roscommon native aims to keep all his own replacements each year as a closed herd is something he has a desire “to try and keep working on” for disease prevention.

“I want a cow that will have a calf every 365-days, that will have enough milk and good mothering abilities, that is easily managed and not headstrong as I have young kids. I do not want a troublesome animal. Furthermore, I do not want problems with milk, either lack of milk or too much milk, causing mastitis.”

The organic farmer chooses to cull a cow if her performance drops if she has fertility issues or a poor temperament.

“I would be very rootless on culling a cow. If a cow is not performing well, the cow goes.”

Shane is practising organic farming for the last years, a conversion route he has opted for to “reduce inputs” to maximise his herd’s potential with “less input”. He outlined that his system aims to produce a U-grade calf.

“My type of cattle might not be as suitable for traditional organic farming with Angus or Herefords. However, my type of cow must produce a weanling for sale at 400 kgs at the end of September. That is the type of cow I want: their calf does not need extra concentrates to improve weight gain. I want a big weight gain in the calf through genetics.”

“I have the opportunity to sell into the organic or conventional market. To look at my farm, you would not think it is organic. The biggest difference is, I do not buy fertiliser, do any spraying, and all the cattle have a lie back area in straw.”

“I buy 2-3 tonnes of organic meal annually, which is for when the cows are calving to be able to handle them, to give some meal to weanling or heifer replacements or to give some to my sheep at lambing.”

“The benefits are low input. The biggest input I have is the purchasing of straw. I use lime and farmyard manure; less is more. I see no reason why a suckler farmer cannot produce a calf organically for the conventional market from any continental breed, reducing inputs of fertiliser and meal.” 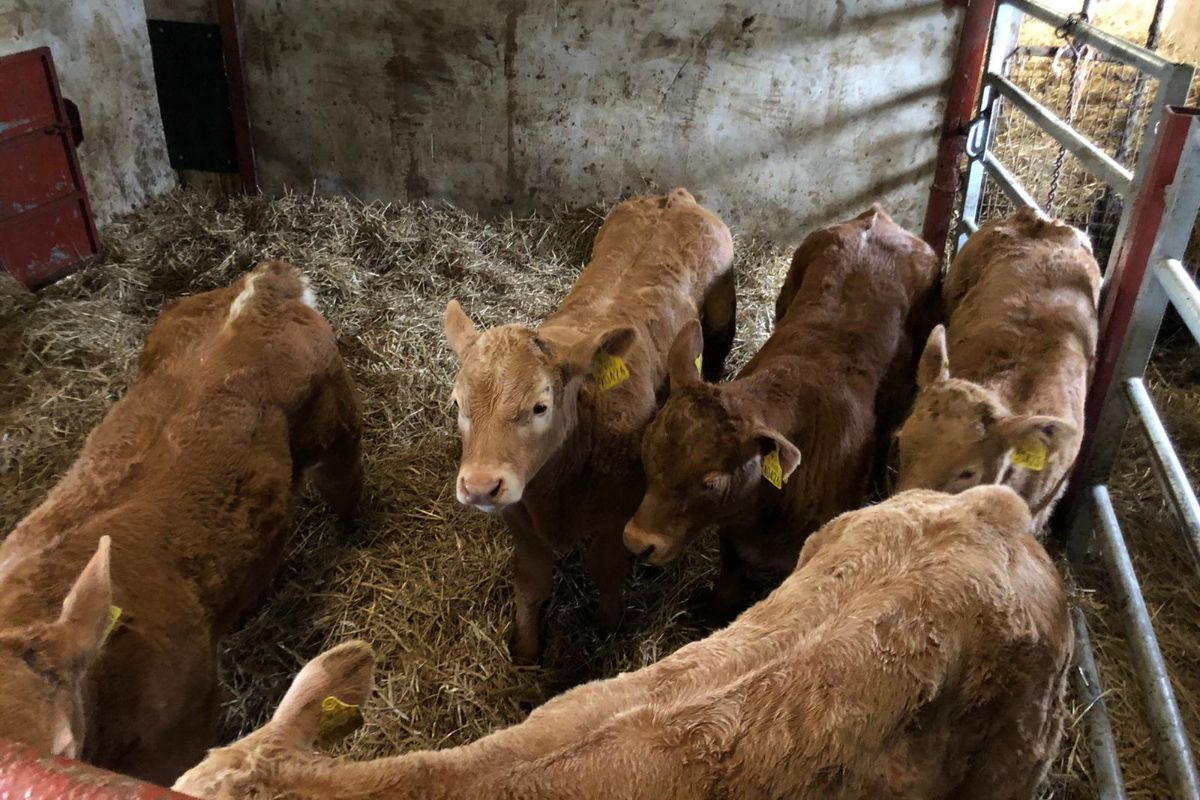 The future of suckling in Ireland

Shane is satisfied with his herd’s current performance and size. He would like to see sustainability and farmer representation focused on and improved in the future.

“Regrettably, the Irish farmer strives to feed the world, yet he cannot make enough to feed himself.”

“I think the organic market is going to expand. People are going to look at different options and avenues to try and streamline a farm. The way Europe is looking, they want to go organic.”

“The only disadvantage I see in my farm with organics is that rushes are very hard to manage with no spraying. That is the only problem I see on my farm at the moment.”

“I do not see, from a suckler point of view, enough new entrants coming into suckler farming. There is going to be a generation lost from it. If the government does not try to do something to keep people at suckler farming, we are going to lose both the ability to run a suckler farm and the quality breeding that we have on suckler farms,” Shane concluded.