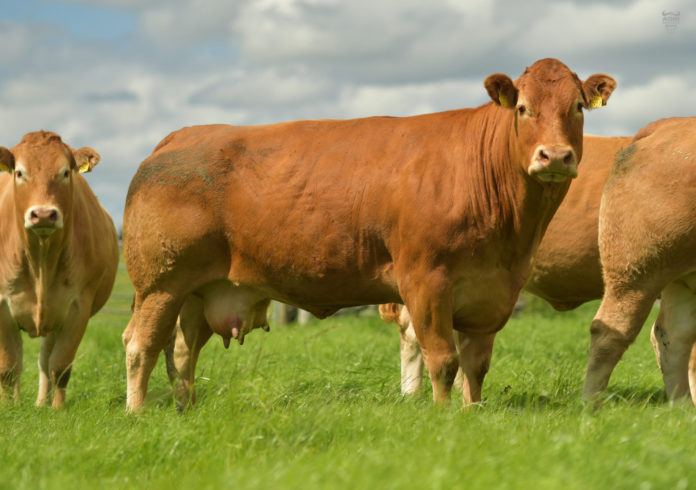 - Advertisement -
Paul Sykes is stepping down as secretary of the Irish Limousin Cattle Society after over twelve years of service.
The Mayo native will vacate his position on Friday, October 16th to uptake new employment back in his home county.
Previous to his role of secretary, he worked as breed development officer.

‘A tremendous ambassador for the Limousin breed’

In a statement, Michael Gunn, president of the Irish Limousin Cattle Society, said: “He has always been a tremendous ambassador for the Limousin breed since he first started breeding his own Limousin cattle under the Cavelands prefix in 1984.”
“During his tenure, the breed has had many successes including moving to number 1 suckler dam of choice in the beef herd, number 1 beef AI sire and number 1 continental breed for the dairy herd to mention just a few.”
“His standing in international limousin circles was recognised when he was elected to a position on the International Limousin Congress organising committee in 2012, a position he still holds.”
In 2016, the society had the honour of hosting the International Limousin Congress with Paul playing a “huge part in its success”.
“Going to a society sale as a seller can be stressful, especially the first time. Paul was cognisant of this and made it his business to welcome new sellers and help any way he could.”

‘An hour and a privilege’

“One of Paul’s many strengths is his people skills. If he met you once, he never forgot a face or a name. Paul treated every breeder the same, whether they had one cow or one hundred.”
Paul, the president added, saw the value of Irish Limousin to the UK market, adding that on his visits to Carlisle and other UK sales, he developed close relationships which led to many UK buyers being regular visitors to sales and shows in the Irish Limousin calendar.
“On a personal level,  it has been an honour and a privilege to work with Paul over the years.”
“His hard work, sound guidance and promotion of the breed will be missed from shows and marts all over Ireland and beyond.“
“Paul always gave the role 100%, helping and advising breeders, encouraging young members, attending events and taking calls often seven days a week.”
“On behalf of the staff, council, breeders and the wider Limousin community, I wish to thank Paul for all his work for the society.”
“We wish Paul and his wife Mary every health and happiness for the future. I am sure Paul will be seen at many a Limousin ringside in the years to come.” Gunn concluded.
- Advertisement -
Previous articleSale at Headford Mart cancelled due to ‘unresolved issues’
Next articleYoung farmer finds stolen bullocks worth €10,000