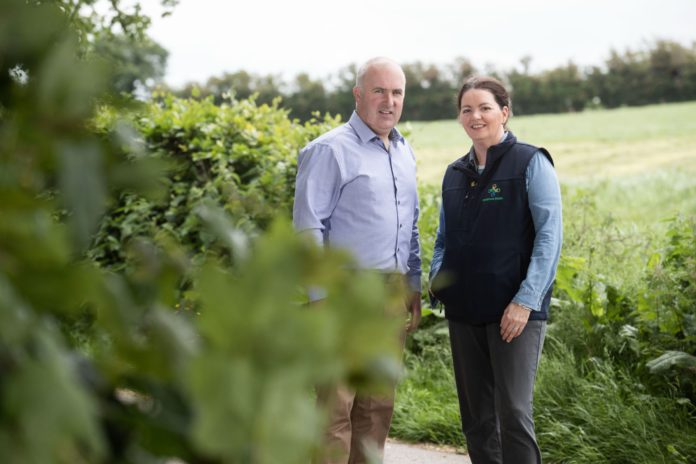 In this article, That’s Farming speaks to Norma Rohan, general manager of Embrace FARM. We discuss the importance of succession, working through family disputes after death, inheritance and overcoming challenging situations following grief.

“This week, ten years ago, my father-in-law was on life support for a few died; he then tragically passed away following a workplace accident on the farm.”

Those are the sentiments of Norma Rohan, who, alongside her husband Brian, founded Embrace FARM nine years ago to provide a caring, supportive network for all those impacted by farm accidents in Ireland.

As Norma explains to That’s Farming, each “farmer differs in their requirements and circumstances following death, but Norma highlights the importance of farmers being aware of how to seek support if and when needed.

As Norma explains to That’s Farming: “At the end of the day, those behind the scenes of Embrace FARM are farmers themselves.”
“Other farmers should feel confident in talking to us. It is as simple as picking up the phone and telling your story.”

“Once you make it over the first step, we will take it from there. Each family has a different story and thus a different circumstance. Some have their affairs in order, and others do not know what to do from day-to-day.”

The importance of succession

Succession planning is a process of planning for the transfer of knowledge, skills, labour, management, control, and ownership of the farm business between one generation and the next or successor generation.

“Despite the importance of a succession plan, in many households, it is a conversation that just has not happened,” she says.

“This is particularly the case whereby a widow is left with young children, and she is left wondering ‘if only I knew what he wanted to do with this farm’.”

Norma highlights the importance of sitting down and drafting a succession plan by saying, “it needs to be a regular conversation”.

“In Irish farming families, we think it is a taboo subject, and that we should not talk about dying.”

“Personally, I think it is important to be open and honest within the family; this deals with a lot of expectations within families.”

She advises that families do not look at the process of succession planning as “dreary or morbid”. Furthermore, at the end of the day, the farm is a business, and we need to look at it in this perspective, she believes.

Norma talks about her own succession plan with her husband: “We drew up our first succession plan when our first child was born to cover all eventualities over the next 10 to 15 years. It is then put aside until they are teenagers; we will need to look at it again then.”

She recommends that succession planning is a topic that should be discussed every 4 to 5 years.

Often with sudden death, there comes a changed perspective, which can create disruption between families.

“The first thing everyone should do following a death within the family farm is taking a step back, and realise something back has happened.”

“Initially, everyone is in shock. How it plays out within families is up to each individual, and each reaction is unique. However, we should bear in mind, that amidst it all; there is one adult in the middle who can diffuse it all.”

“Often, people end up with high expectations, and the finance is not always there to discuss and follow through with the expectations of everyone involved.”

This is where Norma suggests involving Embrace FARM by “bringing in the experts and professionals”.

“Have a round table discussion. Go through everything with people who can keep calm and explain realities,” she advises.

“At the end of the day, in many cases, widows are left trying to deal with the realities, and they are often not in the best place mentally. People need to be there to help.”

One tip that she provides is to work on keeping a lid on your expectations. She advises against pushing people into making decisions. “During grief, people react differently and out of character.”

The discussion of inheritance

Similar to succession planning, we also discuss the importance of talking about inheritance.

“I suggest that everyone sit down and discuss the family business, but remember, it is not a dictatorship,” Norma tells That’s Farming.

With inheritance, often there are some financial and also traditional problems that may arise.

“For example, let’s say the daughter wishes to be the farmer in the family. There is the legacy issue with the family name, and this is the outdated view of family farming. Unfortunately, this issue is still truly alive in Ireland.”

“Then, there is the issue of the son looking for his entitlement. In many cases, the farm may not always be able to provide for two incomes.”

“At home, on our own farm, my father always discussed inheritance and that my two brothers would get the farm at home. The rest of us would be left to fend for ourselves.”

“However, this was always known to us, which meant there was no surprise, and we never had any issues.”

“If things had been different, then there would have been a shock for us, which would lead to a change in circumstances.”

Norma believes there should not be any surprises in the will, should a farmer be looking after his or her business “properly”. This highlights the importance of having an open conversation within the family farm.

The difficulties you can overcome

Many difficulties arise once a death has occurred within the family. More often than not, these circumstances create financial complications.

Whether that be bank accounts frozen, facing tax bills, or keeping the day-to-day finances of the farm intact; Embrace FARM will guide you.

“In many cases, people are left without a mentor, a guiding force, without the person they looked up to, the boss. Sometimes there can be relief from this loss, which in turn can lead to a sense of guilt.”

This depends on the pathway you are on – but Norma recommends that alongside Embrace FARM, that those in these situations join organisations such as Macra Na Feirme.

In these events, young farmers can engage and learn technical skills, in addition to being emotionally supportive.

To conclude, Norma outlines her hopes for the future of young farmers and family farm tragedies, “I would hope that topics such as wills and succession plans would be touched on in colleges.”

“If young people want to farm, they have to do the Green Cert. This would be an opportunity for the education services to introduce these topics to the next generation of young farmers to allow them to prepare for their future.”

Embrace FARM will host its annual remembrance service on Sunday, June 26th, 2022 at 2 pm in The Church of the Most Holy Rosary in Abbeyleix.

This ceremony will remember all farmers who have gone before us, and all are welcome to attend. You can also submit the name of your loved one to be remembered at this service by emailing – [email protected].

The Department of Agriculture, Food, and the Marine EIP funds the supports and services of Embrace FARM.

- Advertisement -
Previous article
VIDEO: Dry cows to €3,280 and bullocks to €2,120 at Castlerea
Next article
‘We fatten cows for slaughter after two or three calvings’