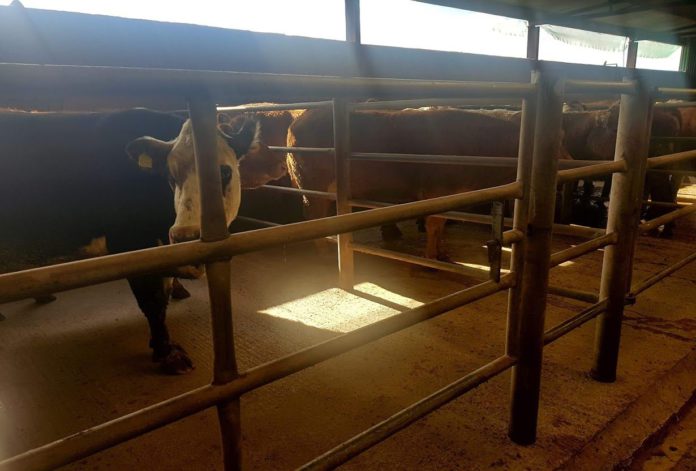 Mart Managers of Ireland (MMI) and several Irish cattle breed societies have called for a change to the new export rules from Ireland to Britain.

Since January 1st, a new 40-day export residency rule has been implemented for cattle venturing to the UK under current rules.

MMI penned a letter to the Minister for Agriculture, Food and the Marine, Charlie McConalogue, earlier this week to highlight its concerns and to stress the need to allow animals with export status to move directly to the UK.

In a letter, Eimear Mc Guinness, chairperson of Mart Managers of Ireland, said the group has received calls from both marts and representatives from both cattle and sheep societies nationwide in recent weeks.

She stated the supporting breed societies “outlined the serious concerns we all hold in relation to our UK based customers and the important role they play in the trade for livestock throughout Ireland for commercial and pedigree cattle”.

McGuinness stressed that sheep sales are no different and may have an “even bigger” customer base from the UK.

“An important point to note would be the point made by Peader Glennon from the Simmental Society, who points out that a record priced bull was sold in their sale in October past for €52,000. This animal was purchased by a UK customer, but the under bidder on that animal was also UK based.”

“To summarise, direct access to mainland UK is a must for Irish farmers, and we believe that a workable solution must be found whereby marts are allowed to continue to facilitate sales and animals with export status can move directly to the UK as was the case previously.”

“Both countries hold the highest of welfare standards, and the situation being presented at present is completely unworkable and must be changed as a matter of urgency.”

“A lot of pedigree sales for both cattle and sheep will take place in the coming weeks. Marts are reporting the loss of UK buyers in commercial sales.”

In a letter, Peadar Glennon, Irish Simmental Cattle Society, said that “direct access to mainland UK is a must in order to support Irish beef farmers to realise the best prices for their animals”.

“The importance and impact of any additional customer around the sales ring (or online) cannot be overstated. The Simmental breed regularly sees its sales recording close to 30% selling to export.”

“Without access to this trade, all pedigree sales, regardless of breed, will be affected.”

Nevan McKiernan, secretary of the Irish Charolais Cattle Society, said that the new rule “will have a massive impact on all pedigree cattle sales here in Ireland, but more importantly, our commercial cattle sales in marts”.

“It will be detrimental for live trade here. Many of our highest-priced cattle, both pedigree and commercial, sell to the UK market. This new rule will simply prevent UK buyers from coming to our sales.”

The society is calling for a “workable” solution whereby marts would not actually count as a movement but as a facility to allow export-eligible animals to move directly to the UK from sales.

Meanwhile, a spokesperson for Elphin Mart said: “We operate both commercial and pedigree sales. The fact that stock may no longer be exported direct from our sales will have a serious impact on sales.”

The society is expected significant interest from buyers in the UK, particularly at its premier bull sale, scheduled for March 13th, 2021, in Elphin, Co. Roscommon.

“We believe that an exemption from the 40-day post sale residency should be provided to elite pedigree cattle closed sales where veterinary certification is provided in advance of the closed sale for all cattle presented on the day.”

“We are very concerned that this would be resolved as soon as possible as our sale is only four weeks away, and vendors and potential purchasers have sought immediate clarification.”