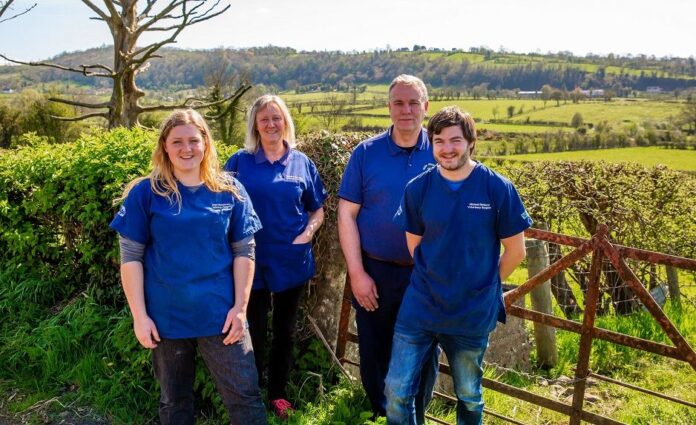 Mountain Vets – an observational documentary series which follows the work of staff in veterinary practices – has returned to our screens in recent weeks for another series.

The vets and their teams are from four different practices as follows:

These practices are in rural areas, which producers say, offers viewers the chance to see the “spectacular” landscape and to learn more about the countryside, farmland, and wildlife.

Veterinary staff deal with a busy calving season, wildlife creatures and a bearded dragon in need of a serious operation.

Landscapes around the Mountains of Mourne and the Glens of Antrim provide the backdrop to the various animal stories.

“Tourism Ireland was delighted to support the production of the latest series of ‘Mountain Vets’.”

“With a large audience right across Britain set to watch the series on BBC Two, it is a great way to shine a spotlight on Northern Ireland – highlighting our spectacular countryside, as well as our friendly and welcoming people.”

“It will remind viewers across Great Britain why Northern Ireland is a great choice for a holiday.”

“Publicity and broadcasts like this are a key element of Tourism Ireland’s programme of activity, to encourage travellers in Great Britain to put Northern Ireland on their holiday wish-list.”

It is a co-commission between BBC Two and BBC Northern Ireland, with support from Tourism Ireland.

- Advertisement -
Previous article
‘Ongoing’ investigations into Diddly Squat restaurant
Next article
Cattle to €1,795 over in ‘brisk’ trade at Raphoe