That's FarmingThat\'s Farming Irelands Largest Farming News, Properties and Classifieds Network
HomeBeef‘IoT is going to play a huge role in the way we... 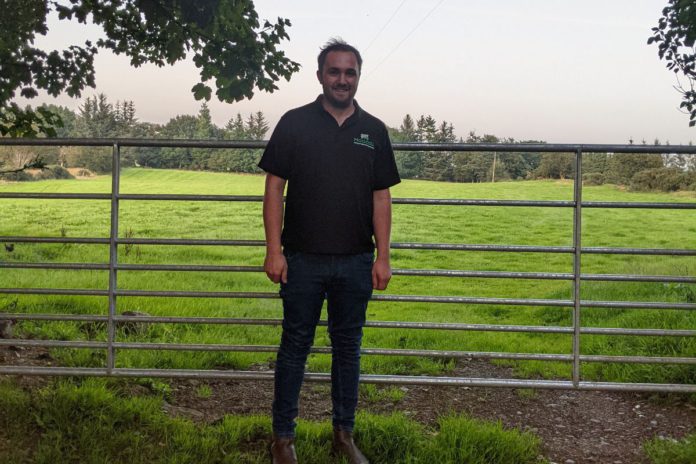 In this week’s Career Focus segment, That’s Farming, speaks to suckler and sheep farmer, Mark Roche. The Technological University Dublin electronics and communications engineering graduate discusses his role as head of research and development at Moocall.

Mark Roche (24) has his finger on the pulse regarding all-things agriculture as Moocall’s head of research and development.

He hails from a 50-suckler cow herd and 200-ewe farm in Knockrath, outside Glendalough in Co. Wicklow.

Mark and his two younger brothers are the fourth generation of the family to farm the land.

He told That’s Farming editor, Catherina Cunnane: “We have been working on the farm with our mother and father since we were small.”

“Working on the farm now is my mother, father and two younger brothers. We all have work outside the farm in various agricultural sectors, but we split the workload amongst ourselves.”

They operate a spring calving and late spring lambing (late March) system. The main breeds on the farm are Charolais and Limousin cattle and Belclare, Suffolk and Wicklow Cheviot sheep.”

“We undertake all machinery work ourselves. mow, bale, and wrap our own silage/hay/straw with our own equipment. Furthermore, we graze our hoggets for the summer months out on commonage land on the Wicklow gap.”

“As many in my position would agree, farming is a rewarding job. It is especially nice at home as myself and my brothers are working together to improve current practices from our learnings off-farm.”

“One of my brothers is currently studying agri-business and farm management in Carlow IT, and the fresh ideas he brings comes in handy. Being able to work together as a family and seeing results first-hand be, it thriving livestock or re-fencing, it is nice to admire your work as a collective.” 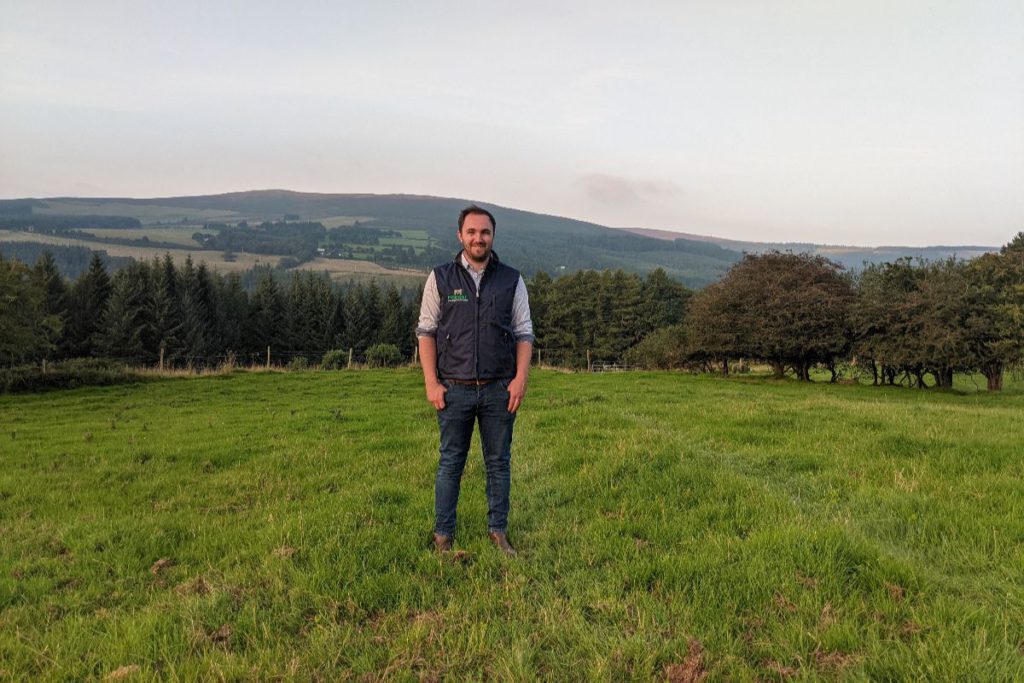 He graduated from Dublin Institute of Technology (now known as Technological University Dublin) with a degree in electronics and communications engineering in 2018.

He began his career in the industry with Moocall in January 2019 and was promoted to his current position six months later.

It launched its first product, the calving sensor, a tail-mounted device that captures and alerts off of the spinal contractions shown when a cow is calving, in 2014.

Its second and most recent product, the heat detection system, is a collar that is worn by a bull that identifies individual cows that are beginning to show the signs of entering a standing heat. This is achieved by incorporating x2 RFID readers into the collar and identifying the cow by a passive RFID tag.

The fourth-generation farmer is also the project lead for all Moocall R&D projects and testing, internally and with third parties. He is the main technical lead for any Moocall product queries and also liaises with Vodafone and network partners for the connectivity of Moocall’s IoT devices.

He told That’s Farming: “The variety of work makes my job enjoyable. Most would not consider the amount of moving parts in the background that are required to capture the activity on the cow and send it to the users mobile phone.”

“Between monitoring the various systems while running several projects for optimisations to hardware and software in parallel make my position at Moocall a busy one. I am never short of something to do. I am the type of person that likes to keep busy.” 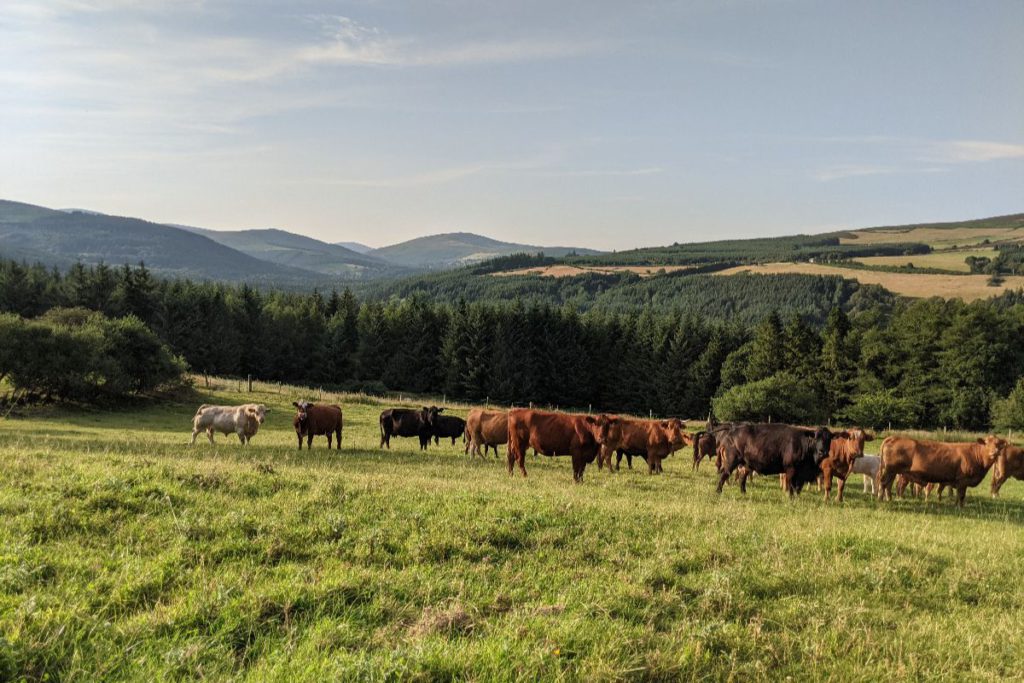 Currently, there is a transition from older cellular technologies such as 2G and 3G in the IoT space. He said these older technologies are being made obsolete to release bandwidth for newer, more data-driven 4G and 5G networks.

“At Moocall, we strive to deliver the latest and greatest that IoT can offer. We are currently in the final phases of launching a new calving sensor unit that can utilise the IoT specific ‘narrowband’ networks CAT M1 and NBIoT. “

“The challenge for the team and I is all markets we operate in (60+) do not wish to transition at the same time.”

“The transition to 4G only markets has been a challenge but exciting nonetheless. There are also some significant advantages with migrating to narrowband networks.”

He listed the ability for a device to enter a sleep state while maintaining an active connection with the network as some of the benefits. He explained this feature could increase Moocall calving sensors’ battery life by up to 15%.

As a holder of a non-agricultural degree working in the ag industry, he advises students not to limit their options.

“I would advise people that if you are deciding to attend college to pursue a career in agriculture, I would not be too tied up on a degree with agriculture or farming in the title.”

“As seen in recent years, these degrees have a high demand and thus difficult entry. But there are plenty of other degrees, and still, you make great progress in the industry.” 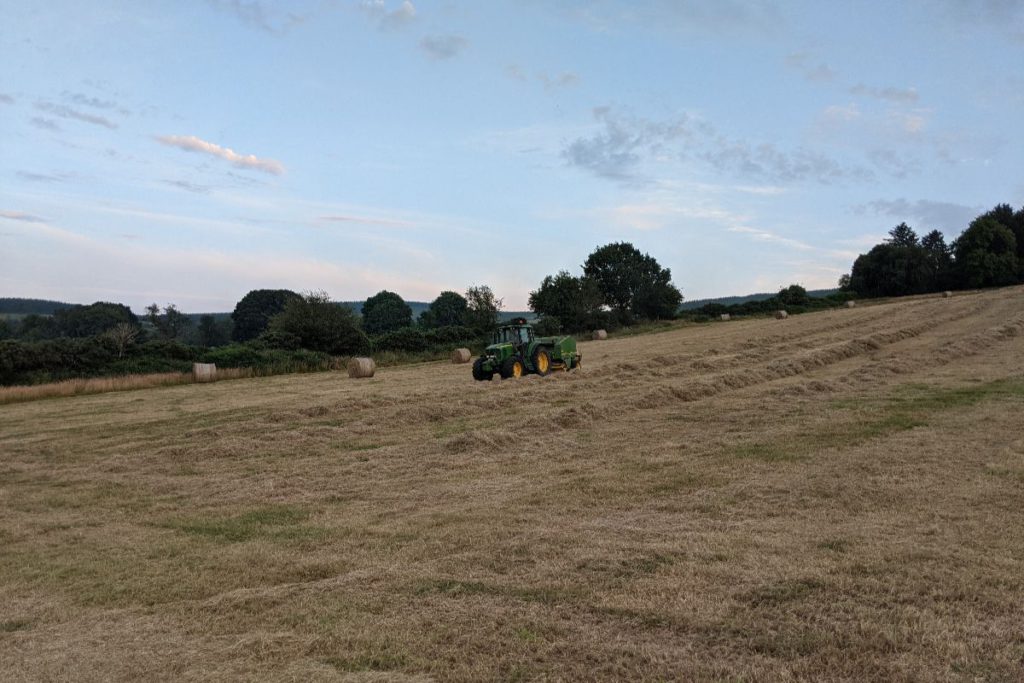 “Overall, I always put an emphasis on agriculture when in college. I knew well that I wanted to work in the industry. I could see the potential for electronics to influence farming in a big way in the following years.”

“This is shown by the various projects I completed during my degree. In my first year, I designed and wrote the code for an oil tank theft sensor. Back a few years ago, that was a hot topic.”

He designed, built, and wrote the code for a near-infrared (NIR) grass moisture sensor for his final-year project.

Unlike most moisture detection systems for balers which require contact with the crop, an NIR system allows for the grass to be scanned, just like a barcode reader, as it enters the chamber of the baler from the pickup.

It would then display the moisture percentage captured in real-time on an LCD. These values would then be stored, along with a GPS location, so that the farmer could have a full moisture map of the field. 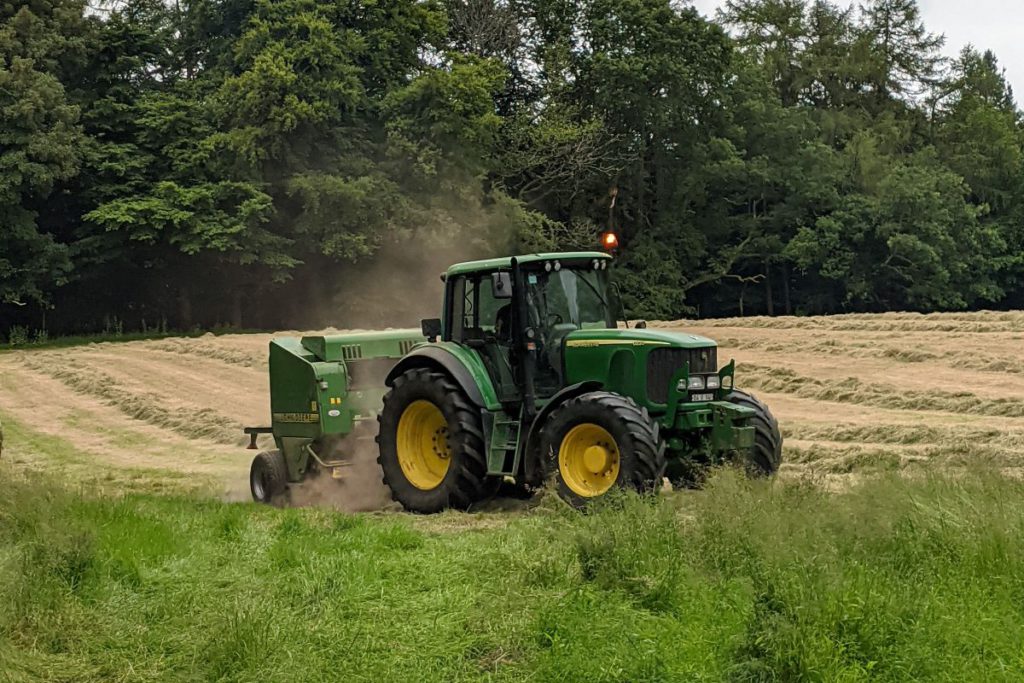 Mark will further his studies with a part-time masters in DCU in Electronic and Computer Technology, which he is beginning this month. This programme has an emphasis on IoT and all related disciplines.

“Just like what I did myself, I applied the learnings of electronics and programming to real-world agriculture-related scenarios through project work.”

“The same can be done across any discipline. It is an exciting industry to be a part of, especially in recent times as the demand for data in all aspects of the business gets higher. I would highly recommend a career in agriculture.”

As previously highlighted, he said Ireland and most markets are leaning towards optimising traditional farming practices using data, from all fields, be it from auto calculated calving dates for in-calf cows to the weight of ration left in a meal bin.”

“I believe in the next decade, IoT is going to play a huge role in the way we operate on the farm, from big-scale production right down to the family farm.”

“The agricultural industry is full of learning and opportunity. Our ability to learn from previous generations and build a better one for the next is what makes us different,” he concluded.