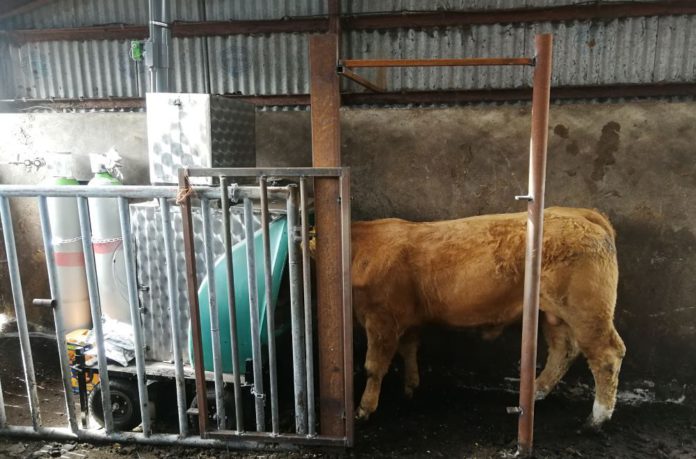 The state agency is undertaking a large-scale characterisation of methane emissions in Irish beef cattle.

It conclusively shows that some beef cattle can produce up to 30% less methane emissions, on average, for the same level of productivity.

The state agency has collaborated with colleagues at UCD and the ICBF for the research.

They are “making strides” towards identifying and ultimately breeding for low methane emitting beef cattle to improve the environmental sustainability of Ireland’s national beef cattle herd.

To date, the relationship between methane output and feed intake has limited the genetic selection of low methane emitting ruminant livestock.

“In general, on the same plane of nutrition, animals that consume more feed tend to produce more methane on a daily basis.”

“This relationship has so far made it difficult to breed low methane emitting animals without negatively impacting feed intake, which is a key driver of animal productivity, particularly in forage-based production systems.”

Their study was recently published in the American Journal of Animal Science.

Residual methane emissions can be defined as the difference between an animal’s actual and expected methane output, based on the quantity of feed consumed daily and its bodyweight.

Then, they ranked animals as high, medium, and low on the basis of RME.

“This project was the first to employ GreenFeed technology to measure methane emissions in Irish cattle.”

Teagasc, UCD and ICBF have deployed this technology across their research facilities. Smith said this “enhances our national capacity to measure methane emissions accurately”.

Head of Animal and Bioscience research at Teagasc, Professor David Kenny, said that it would be “critically” important for the continued economic and environmental sustainability of Ireland’s multi-billon euro beef industry that we continue to apply state-of-the-art science to identify and breed from the most productive, yet low methane emitting cattle.

He said low RME cattle from the national beef herd produced a third less methane for the same level of performance and feed input.

He added that these emission differences are recorded for all universally accepted metrics of methane expression, be it daily emissions, methane yield or methane intensity.

“Going forward, from a research perspective, we need to understand the biology underlying why these cattle are producing less methane.”

“The work Paul Smith and the team completed has helped us identify the key methane trait (i.e., RME), which we must focus on for methane mitigation in the future.”

“The next step for the ICBF, Teagasc and UCD team will be to broaden the investigation into the relationship between RME and other important traits at a genomic level with a view to harnessing this information within our national beef cattle genetic selection indices.”