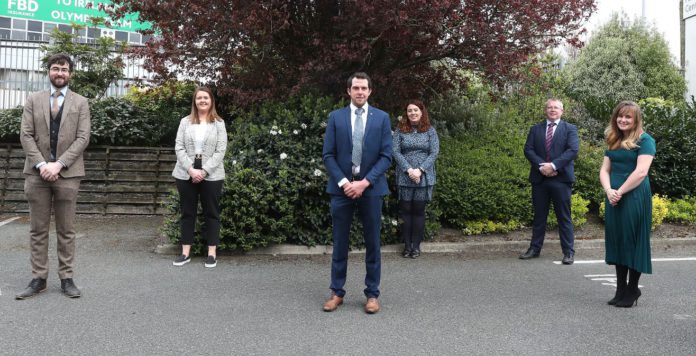 ‘The fabric of rural Ireland is under threat’ – Macra president

The commitment farmers have given over the past eighteen months will bear fruits as, we as a nation, emerge from the pandemic. That was the key message from Macra na Feirme president, John Keane, as he spoke to members during the organisation’s AGM on Saturday, May 15th.

“To all those members and staff that have put the shoulder to the wheel keeping our communities safe, and at the same time keeping members engaged, I ask you to stick with it and go to the well one more time.”

“The fabric of rural Ireland is under threat. We need our political representatives to support proposals and policies that our rural youth committee put forward to advance rural living.”

“Government needs to deliver for rural areas on issues, such as remote working, rural transport and most especially mental health services. “

Delegates were told by president Keane that the issue of mental health is a challenge of our generation and one that we must tackle.

He said: “Through my involvement with Macra initiative Make the Moove, I have witnessed first-hand the pressures on farmers and rural people.”

“We need funding and we need support to develop our Macra na Feirme led programme so it can provide community-based supports to our rural communities.”

Macra na Feirme’s 38th president concluded his remarks drawing upon an African phrase “Ubuntu” meaning one cannot exist in isolation, that we depend on each other, for community, for connection and for caring.

At the AGM, several board members retired, and new members were elected. There were changes to the national council and agricultural affairs, rural youth and competitions committee.

The following national council members are sitting on the Agricultural Affairs:

The work of the committee is supported by staff members Gillian Richardson, policy officer and Derrie Dillon, head of advocacy.

The work of the committee is supported by staff members, Debbie Donnelly, training & development officer and Derrie Dillon, head of advocacy.

The following national council members sit on the competitions committee:

The committee is supported by staff member Mairead Kowal.

At the Annual General Meeting, several board members retired, and new members were elected.

Tributes were also paid to independent external director, and chief executive of FRS Recruitment, Colin Donnery, who completed a four-year term on the Board of Macra na Feirme.

Those elected to the board at the AGM include:

The above Macra na Feirme members are joined on the board of directors by external independent directors Donie Wiley, Noel Flavin and David Fitzgerald.

- Advertisement -
Previous article‘When can we expect the Chinese market to be re-opened to Irish beef?’
Next article‘I would rather be out in a howling wind than sitting in front of a computer’