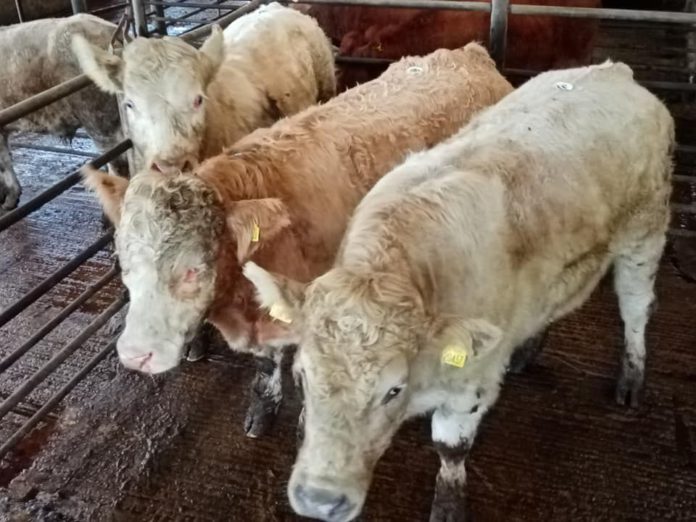 According to a spokesperson, plainer store cattle met with an easier trade at Loughrea Mart’s most recent sale.

They reported that “beef cattle are scarce and selling very well”.

“The outlook is also very good as supplies to factories start to dry up,” the spokesperson added.

The spokesperson reported that prices for weanling bulls and heifers “improved” at last Friday evening’s sale.

“Nice, quality lots are easy to sell,” the spokesperson remarked.

Meanwhile, according to the spokesperson, prices for “well-fleshed” lambs from 48-55kgs, were “up by as much as €12/head” at last Thursday’s sale.

“This looks set to continue as lamb numbers are drying up. Prices topped at €168/head for a pen of heavy cull ewes. All in all, a very good lamb sale.

The spokesperson reported that prices were up by €3-€5/head at the previous week’s sheep sale.

Furthermore, they added that weanling prices fell as farmers have filled their orders.

Also, they outlined that prices at their general cattle sale were “not as good as they were but quality was not as good either”.

“Cull cows sold very well, while feeding cows have come back in price,” the spokesperson added.

- Advertisement -
Previous articleVIDEO: ‘If the BiG M goes, we are going out of silage’
Next articleCombining horticulture & ag on 19ac to ‘generate income for our young family’